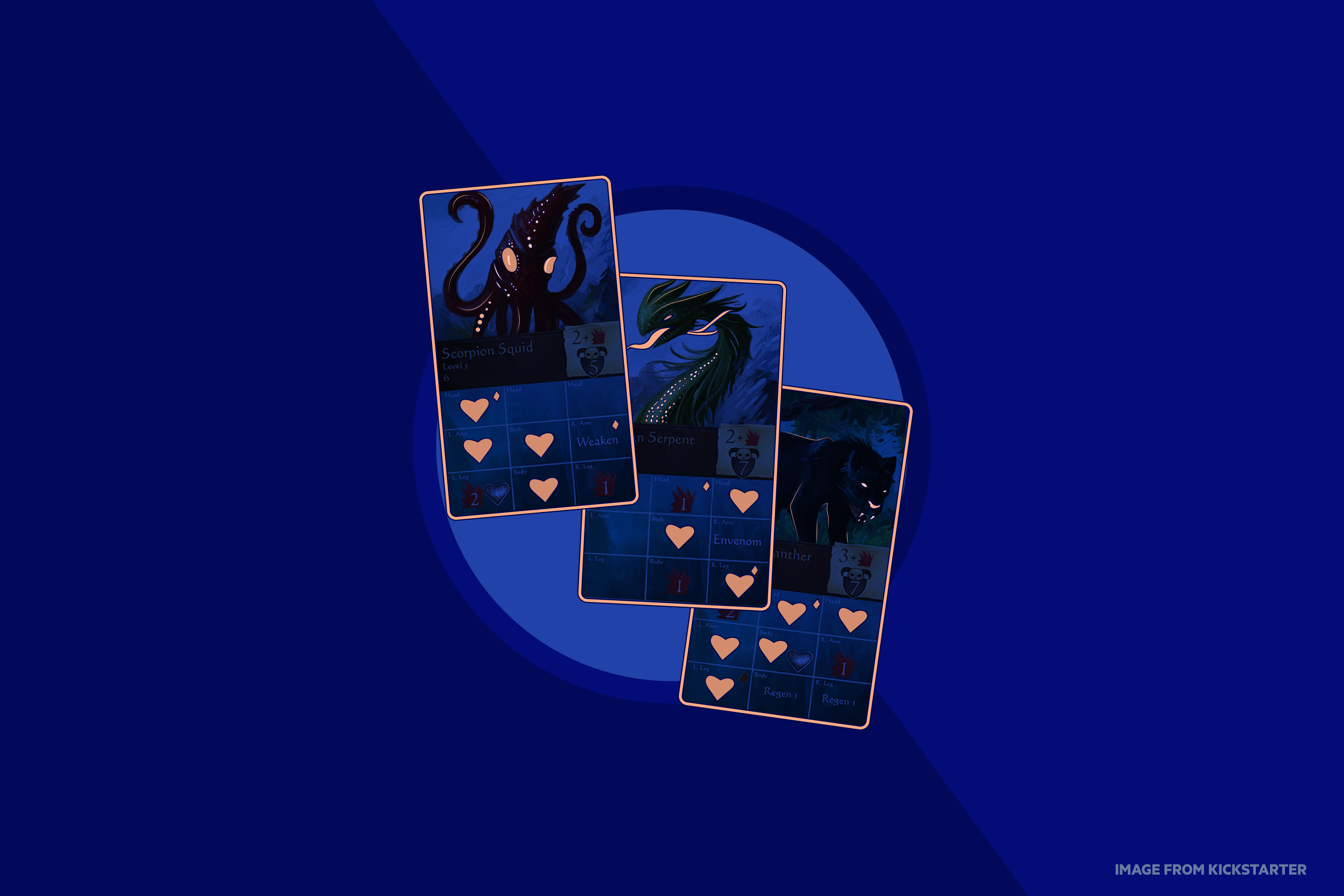 This Utah board game company crowdfunded $2M+ for its newest game

Much has changed since Ryan Laukat was a 13-year-old taping paper to regular playing cards to design his own games.

Laukat, who lives in Sandy, is one of few board game designers that have turned their passion into a successful business and full-time career. About 11 years ago, while working on games out of his basement with his wife Malorie, the Laukats launched their first Kickstarter crowdfunding effort to try and turn Ryan’s work into a game for the masses to enjoy. That Kickstarter, for a game called Empires of the Void, raised about $36,000 from 651 backers.

At the time, it was one of the top 10 highest-funded games on Kickstarter, Laukat says. Laukat’s world—and the world of board game funding—has changed wildly since then.

Fast forward to April 2022, and the Laukats’ Red Raven Games launched its newest game, Sleeping Gods: Distant Skies, with a $40,000 crowdfunding goal set on Gamefound. The goal was reached in less than three minutes. As of writing, over 14,000 backers have pledged over $2 million combined to see the project through.

Building that devoted audience of fans didn’t happen overnight. It took about five years after Empires of the Void before Laukat was able to turn board games into a full-time career. In the 11 years since Empires of the Void, Red Raven has completed 16 more successful crowdfunding campaigns.

In 2015, after a few other releases like City of Iron and Eight-Minute Empire, a game called Above and Below raised $142,148 from 2,553 backers, a big step up for Red Raven and one of the company’s most successful games to this day. In 2016, Near and Far raised over $520,000 from 7,245 backers, but Red Raven truly started to explode with the original Sleeping Gods game, which saw the company hit $1 million in pledges for the first time.

Consistently putting out a good product has been a big part of cultivating a fanbase and propelling Red Raven to success, Laukat says.

“You hear stories about game projects that maybe don’t deliver, or they deliver but the game is really disappointing to a lot of people,” he says. “But we’ve tried to be as consistent as possible and on time whenever possible, and I think the audience has built up over time. So any time we announce a new project, we can talk to the people that have backed previous projects and have stuck around and like our games.”

Not every launch is successful, especially when it has thousands of eyes on it, waiting with high expectations for the game’s release. Rift Knights, for example, launched its Kickstarter on Nov. 9, 2020. Four days later, the project was canceled. Months of work had already gone into the game and the funding goal had already been met, but it wasn’t worth continuing if fans weren’t into it, Laukat says.

“We actually could have printed the game with the funding that we got, but it seemed like the backers were not as happy with what the product was going to be,” he says. “It just felt like we weren’t going to deliver what our fans were expecting or wanted from our company.”

No money is exchanged before the game is released, so backers aren’t out money when a project is canceled. Rift Knights is the only project Red Raven has canceled.

“I feel like it’s OK to cancel a campaign because one thing I love about Kickstarter is it’s just a great place to put your ideas out there and see how the public reacts,” Laukat says. “It puts us through kind of a trial-by-fire, and I believe that a lot of our games have become better because they were put through that trial.”

Consistently putting out a good product has been a big part of cultivating a fanbase and propelling Red Raven to success, Laukat says.

Sleeping Gods: Distant Skies is wrapping up that trial now after about three years of work. It’s gone through rigorous testing from the Laukats, Red Raven staff, and fans. In September, over 100 people came out to test the game at an event in Utah. Those that backed the project will receive the game in August, with retail release scheduled for October. Project backers will receive a collector’s edition of the game and additional items depending on their pledge amount.

For Laukat and the rest of Red Raven games, it’s on to the next game as soon as Distant Skies goes to the printer. Laukat has a couple of ideas in mind for what’s next, but he hasn’t decided which one he’ll jump into first. It probably won’t be as big of a project as this one, he says, as Distant Skies is an “open-world” game that can take 15 to 20 hours to play. It can be packed up and re-started as a player’s time allows, much like a book, so it doesn’t have to be completed in one sitting.

In Distant Skies, storylines branch off one another to create a “thrilling tale that hinges on your choices,” the crowdfunding page states. Red Raven employee Brenna Asplund describes it as “an open-world RPG (role-playing game) in a box. Like Skyrim but physical.” Not all of Red Raven’s games are that way, with some that take an hour or less, but people who enjoy long, storybook-style board game adventures are a key part of the company’s fanbase.

Asplund has worked for Red Raven since 2016 as a proofreader, writer, and more. When she began with the company, she wasn’t as into board games as she is now.

“I played games like [Settlers of] Catan and Risk, and I really enjoyed board games, but I didn’t know as much about the big hobby space that was out there with these new, cool, exciting games,” she says. Now, she owns hundreds of games and has fully engrossed herself in the hobby.

The board games market is expected to grow by just over $3 billion worldwide by 2026, according to a TechNavio report. With that growth, more people are starting to make the jump to games like Sleeping Gods.

“The more [people that] have played games like Settlers of Catan, another game like it doesn’t seem so intimidating. That barrier goes down,” Laukat says. “It just seems like a bigger acceptance of the hobby has helped it spread.”

As that part of the hobby grows, it remains to be seen what it means for Red Raven—but they’re likely to keep things going as they currently are. Red Raven has four employees and two freelancers they work with. Laukat doesn’t see the company growing into a huge board game conglomerate anytime soon.

“The truth is, I’ve learned that I really want it to be just a small company where we don’t have that huge pressure to release tons of titles to support a huge staff. We just get to work on the stuff we’re most passionate about,” Laukat says. “I’m more happy when we can just keep it small … We can be more expressive about the games we want to make.”