And went from ranch hand to venture capitalist. 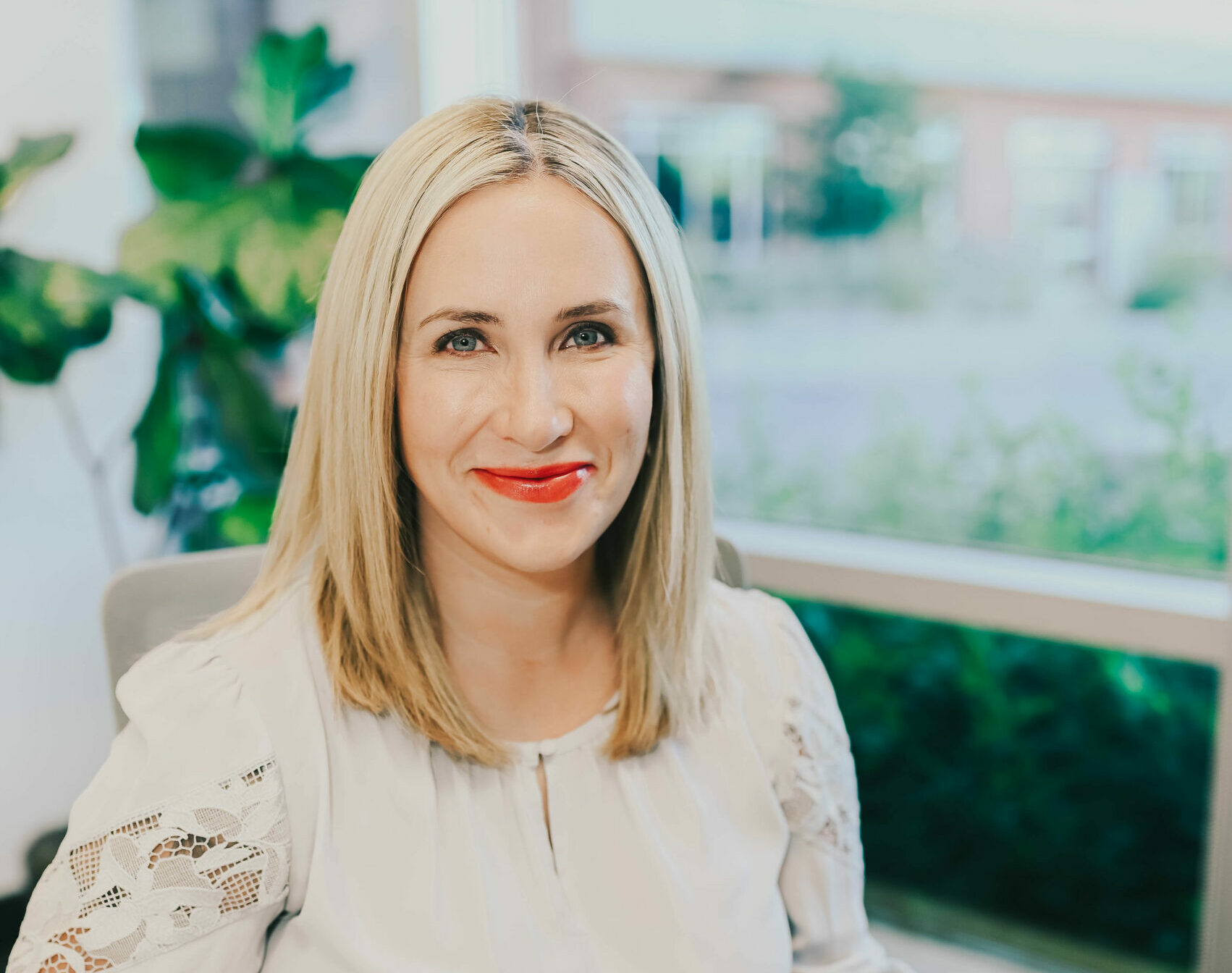 T homas Edison says, “Most people miss opportunity because it is dressed in overalls and looks like work.” As a ranch-grown Utah native, I’m no stranger to hard work. And it wasn’t my familiarity with overalls that honed my vision for opportunities—it was my parents. They taught my siblings and me the importance of paying attention and using an open mind and critical eye to closely observe our surroundings. Doing so fostered my curiosity about “what’s possible” and gave me the skills to pursue opportunities and experiences that a younger me could only have dreamt of.

While surrounded by creativity and invention on the ranch, I was also lucky to be introduced to computer science at a young age.

An incredible teacher, Kip Motta, brought computer science to my rural community in the 1990s, long before it was standard. He had the foresight to know the impact technology would have and wanted to set his students up for success.

I’ve always loved creating, be that through DIY projects, helping out on the ranch, or assembling astronomical lego sets. I’m drawn to making things and solving problems. So when I encountered computer science in 7th grade, I felt an immediate, strong connection. Learning to code felt like a “leveling up” of what my parents taught me. An open mind and critical eye allowed me to craft entire systems with lines of code and creativity. I knew then that I wanted to explore a career in software.

After university, I learned the art of building software by designing and coding websites. The joy of creating, testing, revising, and ultimately pushing code to production delights me to this day.

A reality for a woman pursuing a career in technology is that you’ll often find yourself as the sole female in the room. Early in my career, I noticed this, but it didn’t impact my day-to-day. Sadly, that changed when I was pregnant with my first daughter. Once I started to show, there was a distinct difference in how coworkers treated me. The comments I received from peers and leadership were shocking.

On multiple occasions, I heard that I shouldn’t return to work after having a baby; my role was at home. “In jest,” comments about how my decisions couldn’t be trusted because I was “too pregnant to be logical” were common. Worst of all, the organization I worked for didn’t offer any paid maternity leave, so I found myself back at work just three weeks after the birth of my first child.

Something needed to change. I wanted to work for an organization that both needed my skills and recognized me as a whole human being.

Around that time, I met a founder with not just a cool idea but a big-picture vision for what the world could be. In our initial phone call, David Blake explained his belief that lifelong learning is more important than anyone’s formal university studies. He wanted to build a program that allowed everyone to be recognized for their education and skills, regardless of how they attained them.

As he and his co-founder Eric Sharp worked to recruit me, I took the opportunity to test how they would approach my needs as a working mom. I brought my baby to our first in-person meeting. When they asked what it would take for me to join their venture, I told them that I needed a space where I would have the flexibility and support to be a great mom and a great employee. They both looked me dead in the eye and committed to do so, and so I left the corporate world and jumped headfirst into an early-stage startup. That decision changed the trajectory of my career.

"A reality for a woman pursuing a career in technology is that you’ll often find yourself as the sole female in the room."

When I took that first call from David, I was early in my career and utterly naive to venture-backed startups. Aristotle once said, “For the things we have to learn before we can do them, we learn by doing them.” Such is the reality of life at a startup.

I joined with the title of “developer,” but on any given day, I would do the work of a designer, a product manager, a salesperson, etc. These experiences allowed me to stretch my abilities and grow at a rate hard to find at a corporate job.

It’s been said in business that being early is the same as being wrong, and Degreed was a concept born ahead of its time. Being early meant that to survive, Degreed and its founding team had to believe in something that others couldn’t yet see, much less believe. Launching the business was difficult. VCs were curious but avoidant, and companies were slow to recognize the importance of continuous learning, hiring, and promoting skills versus degrees.

Today, more than ten million people at half of the world’s largest organizations use Degreed.

Getting to that point was not easy. Building a startup requires vision and, perhaps more importantly, the ability to weave that vision into a story that people, business managers, and executives can see and share with their organizations. Each stage of Degreed’s growth presented unique challenges, yet at each junction, I would hear my parent’s guidance to “pay attention.” My willingness to observe, learn, implement—and often fail—is the foundation upon which I grew my career alongside Degreed.

In the decade I spent there, I helped grow Degreed from an idea to a global company worth over $1.4 billion. I also took my title from developer to president and CXO. That position was hard-fought, with many twists and turns and victories. I was there for every step as Degreed scaled from an idea to a unicorn, and in doing so, I saw firsthand what venture capital could do to transform the trajectory of a company.

By the fall of 2021, I was the sole member of the founding team who remained at Degreed. Candidly, I was tired. I had dedicated a good chunk of my professional life to its success, and even though the thought of leaving caused me pain, I knew it was time for a change. I spent many sessions with my executive coach discussing the different roads I could take, and we always looked at the options through the lens of my core values: impact, family, and health.

I knew the lessons I learned while scaling Degreed were incredibly valuable, and I wanted to find a way to take those lessons and amplify their impact beyond myself. As fate would have it, my friend and mentor, Curt Roberts, reached out during this time about opportunities at Kickstart. That catalyzed conversations about the goals I had for my career, and over many pancake breakfasts with the Kickstart partners, the potential of a career pivot into venture capital started to come into focus.

As I came to know the Kickstart team, my hesitancy to leave the company I had helped to build transformed into the excitement of starting something new. The individuals at Kickstart exemplify what it means to be driven and principled leaders. Internally, they’re committed to creating a healthy work environment that encourages creativity and collaboration. Externally, their mission is to spread that same collaborative spirit to the startup ecosystem in the Mountain West. They have a deep respect for founders, and their boundless enthusiasm for helping entrepreneurs succeed is genuinely infectious.

I feel privileged to join the team. Kickstart’s community focus is important to me personally because it will give me an opportunity to exercise the most consequential aspect of my parent’s advice. In their counsel to “pay attention,” they certainly meant for our own good but also for the sake of others. They always viewed the world through the lens of how we could improve it, and that view led to constant growth and innovation.

The entrepreneur is at the center of everything we do at Kickstart, and my hope is that we can connect with a broader array of founders from non-traditional backgrounds like mine. The path to success should be wider than one’s background or credentials. Studies show that the strength of our relationships and communities affects everything from our finances to our health. My focus at Kickstart will be further expanding our startup community to give more talented entrepreneurs access to funding.

As Marian Edelman once wisely said, “You can’t be what you can’t see.” As someone who defied stereotypes and achieved my own measure of success, I want to create a vision of “what’s possible” for those who may feel their options are limited and help them not only see that opportunity is everywhere but have the means to take advantage of them. For those who struggle with imposter syndrome and are uncertain about how to navigate fundraising rounds or those who struggle to find the right mentors and advisors, I see you. I’ve been there. And I’m here to help.

"The individuals at Kickstart exemplify what it means to be driven and principled leaders. Internally, they’re committed to creating a healthy work environment that encourages creativity and collaboration" 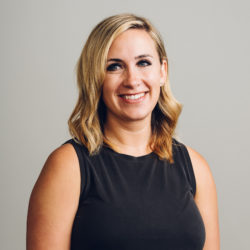 Kat Kennedy, Chief Experience Officer at Degreed, is a problem solver, passionate about making great products that help people lead more productive lives. Kat has worked with top companies and brands in leading their properties to be the best in the industry. As part of the founding team at Degreed, she has helped build the company into an award-winning earning platform.