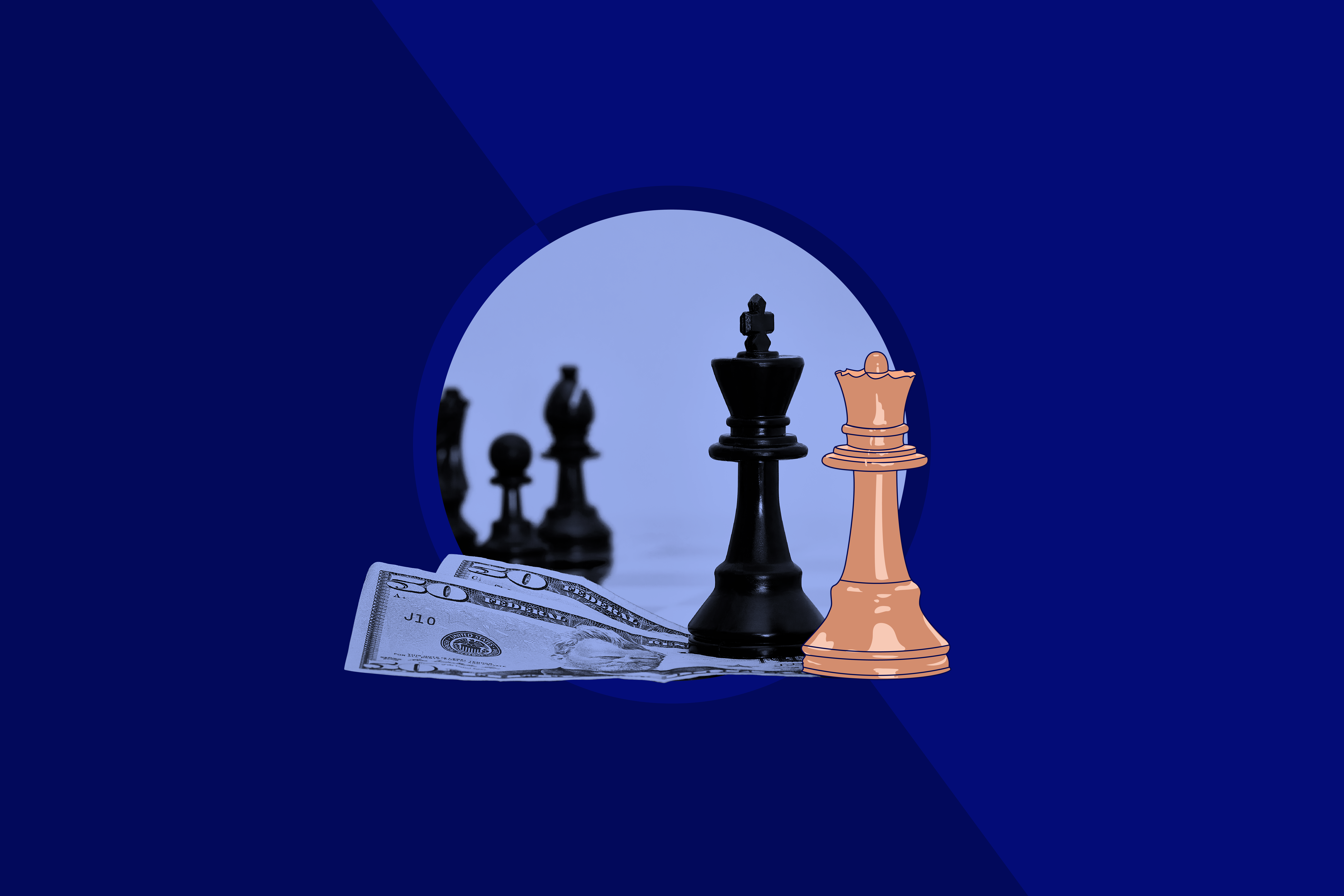 “Great companies struggled to form,” says Kat Kennedy, general partner at Kickstart. “Innovation was limited to those who had access to friends and family capital to get anything off the ground. Unless you were a serious bootstrapper, things were unlikely to go somewhere.”

And if your company did turn out to be something, it’d run for the hills—the hills of San Francisco, usually.

“I can believe that California weather is major draw,” says Gavin Christensen, Kickstart’s founder and managing partner. “But what it comes down to, for where a company will headquarter and where they’ll stay, is capital.”

That’s the mindset that launched Kickstart, the first fund in Utah to put a special focus on pre-seed investments.

“At the time, it wasn’t something anybody wanted,” Christensen says. “Anybody outside of local founders, of course, who were desperate for it.”

What’s off-putting for many investors about pre-seed rounds is the risk, Kennedy says.

“If you’re one that likes a lot of quantitative data and diligence to prove an outcome, you’re not going to be satisfied as a pre-seed investor,” Kennedy says. “Investing might even feel antithetical to an analytical brain.”

To be a pre-seed investor, Kennedy says you need to be drawn to the possible. “What I love about the early days is that there are so many unknowns,” she says. “We have the opportunity to unleash individuals and ignite innovation—there’s so much potential out there, and there aren’t many bounds to where they can go.”

Of course, those circumstances are what Kennedy admits “put a lot of investors off the idea of pre-seed rounds.”

“I still remember trying to recruit LPs,” Christensen says. “I’d hop out of my Honda Element, and you could just see the expression on their faces—a lot of, ‘What am I getting myself into?’”

Through the process, Christensen had something of a mantra: “Get a long-term perspective.” And contrary to all the evidence, he says, a miracle happened: it worked. Despite pushback, Kickstart closed on $4 million at the start of the summer.

But by the end of the season, the country was launched into a financial crisis—and the average investor’s perception of institutional pre-seed rounds went from bad to worse. That mantra had to kick in a little harder.

“Locals were looking for validation from Bay Area firms,” he says. “Even more so, they wanted to invest in people and companies with significant traction, and we’re over here spinning things out of universities in sub-million-dollar rounds.”

The whole time, they weren’t crafting just a fund, but an ecosystem.

“Our actions were driven by a lot of questions,” he says. “‘How are we going to treat our entrepreneurs? What is fair and what isn’t?’”

Christensen’s team sourced venture lawyers, new partners, and, along the way, more money. Kickstart remained the only pre-seed institution for a few more years, rounding out their second fund at $26 million in 2012.

That’s when new faces and founders started popping up across the state.

“We showed that those high risks can still pay off,” Kennedy says. “Now, LPs in Utah know pre-seed investing can pull meaningful returns, and that caused a dramatic shift.”

Still, Kickstart, Convoi, and the bevy of other pre-seed-focused institutions are only successful thanks to another major factor: angel investors.

“The funding from angel investors often prepares founders to get to the pre-seed stage, to be ready to come talk to us,” Kennedy says.

Before Kickstart, Kennedy was an angel investor. She says her relationship with funding back then and today is very, very different.

“When I wrote angel checks,” Kennedy says, “I’d assume that money was gone. I’d take a bet, hope it goes well, but what’s done is done. I could take even bigger risks because I knew I could eat the losses.”

Kickstart, and other institutions like it, just don’t have that kind of flexibility.

“From our perspective, we’re investing on behalf of our LPs,” she says. “We’ve made commitments and we have to make returns. That’s not to say we won’t still take risks, obviously—we will in the pre-seed space especially—but we can’t be as active as the angel market.”

"Our actions were driven by a lot of questions, ‘How are we going to treat our entrepreneurs? What is fair and what isn’t?’"

That’s what raising capital looked like for Noella Sudbury. She’s the founder of Rasa, a startup launched in February that makes clearing criminal records “simple and affordable.”

“I got my start by asking a few friends from law school to pool some money together as a loan,” she says. “I was able to raise enough money from friends and family to start working on my idea.”

Though she approached funds first, angel investors were the first to bite.

“Jacki Zehner, the founder of ShePlace, is passionate about making sure women get access to capital,” she says. “She was my first angel investor, [and now] Rasa has a lot of other angel investors from family offices.”

Eventually, pre-seed institutions got involved with Rasa. But even in the diversified landscape that the growing number of institutions and angels built in Utah, Sudbury says access to funds is limited. To change that, both sides of an investment need to get on board.

“There are not enough funds investing in early-stage startups—the point where founders really need capital to get their ideas off the ground,” she says. “And not a lot of founders understand the value that funds can bring in terms of networks, expertise, startup experience, and fundraising. Friends and family are great, but funds can provide different and more robust support, especially to first-time founders.”

Despite Kickstart’s trailblazing work, partners Trent Mano and Scott Paul saw the same gap in the market that Sudbury points to. In fact, that’s how Convoi Ventures, a Utah-only pre-seed venture capital firm and one of Rasa’s earliest investors, fits into the bigger picture.

“To me, Kickstart is more of a seed and Series A fund [now],” Mano says. “We like to get in as early as possible, and the checks we write are small.”

Where Kennedy says Kickstart’s smallest checks are around $500,000, Convoi signs off anywhere from $50,000 to $250,000 to deserving founders. In that way, Mano says Convoi is becoming the go-to place for true pre-seed funding.

“We’re an in-between,” Mano says. “That’s the gap—between angel funding and those bigger traditional funds. It’s not like there are zero options for pre-seed funding, just that there’s this space in the middle.”

The lines drawn around funds are getting blurrier by the day, though, Mano says.

For Convoi, the high-risk Kennedy tied to pre-seed investing isn’t scary at all. In fact, it’s what drives Mano and Paul.

“Fundamentally, we bet on people,” Mano says. “It’s about founders—humans—first and foremost. We like to be able to find and pick out the next great startup.”

That emotional connection to the founders is the biggest reason why Christensen, Kennedy, and Mano predict even more growth in the pre-seed space.

“There will always be investors drawn to the earlier stages,” Kennedy says. “Nearly every venture capitalist is relationship-driven, and there’s nowhere else like the first few months of a startup to really get to know a founder. In our circles, I often joke, ‘Do investors actually add any value?’ But I think in these very early stages, yes, we do.”

“We’re proud to be the first,” Kennedy says. “But we’re excited to see more and more investors in the ecosystem—that’s why Christensen wanted so badly to build it. We all benefit from the work of creative founders, but they can’t do any of it without the capital.”