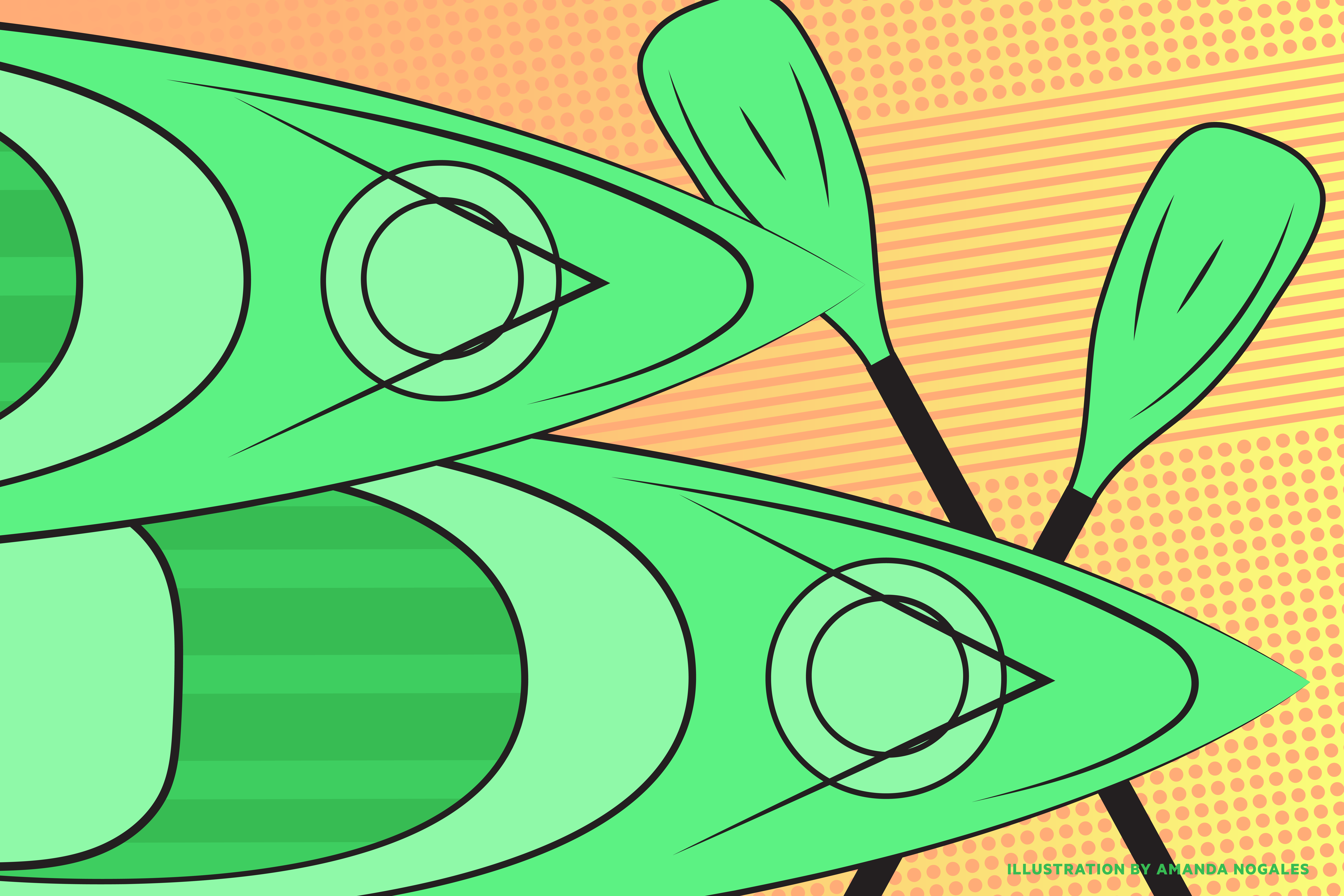 Inside the weird things people are renting from Yoodlize

Eight years ago, Jason Fairbourne and his family were living the nomadic life of world travelers. “We were homeschooling our kids, and we started traveling around the world visiting places they were studying,” he says. “If they were studying the religion, political history, economic situation, or culture of a place, we’d go visit.”

After a few years of travel, the family was getting ready to move back to Utah. It was around this time that the idea for Yoodlize, a peer-to-peer rental platform, was born.

The idea came from Fairbourne’s 14-year-old daughter, who reminded him of a time when they were in Tokyo and needed access to a Canon camera lens. Another time, the Fairbourne’s were in Norway wishing for a better surfboard. In both circumstances, the family knew someone in the area likely owned the items they needed, but there was no way to get in touch with those people and facilitate a rental process.

“[My daughter] started giving all these examples of how collectively, we had all the items and tools that everybody could possibly want, but there wasn’t a way to access them from each other,” Fairbourne says.

In response to this problem, Fairbourne founded Yoodlize—a platform that connects people to share and access pretty much anything. Whether it’s a trailer, toolset, or a board game, users list their items for others to rent.

“If you take any two or three blocks of a residential area in Utah, you’ll have a similar inventory of power tools that Home Depot has,” Fairbourne says. “There are dozens of mountain bikes, tents, or kayaks that are only getting used once or twice a year, and they’re just sitting taking up garage space.”

The name Yoodlize comes from the word “utilize,” which means to make practical or effective use of something. As consumers become more environmentally conscious, making practical use of the items they own is becoming more of a priority.

“Why does every house have to have a lawnmower if we only use it for an hour a day once a week? That’s a lot of extra resources out there,” Fairbourne says. “We want to create efficiencies in our society. Ultimately, maybe there is one lawnmower per neighborhood. We might slowly change the way we consume and change the way people view ownership.”

Yoodlize launched in early 2020. At first, the platform spread by word-of-mouth throughout Utah County. More recently, Yoodlize has been expanding into Salt Lake City and northern Utah and is now preparing to enter multiple new states.

“My philosophy when you start a business is that you take time in the beginning to refine and perfect your product,” Fairbourne says. “So by design, we’ve grown slow. We wanted to test out whether people would use the product and how they’d use it. We’ve refined and improved it, and we’re now to the point where we feel comfortable with it. We’re getting ready to scale. ”

Some Yoodlize items—like paddleboards, VR sets, and power tools—are frequently rented. Other niche items see renters more rarely, like an adult Winnie the Pooh costume, a Bob Ross-themed board game, and a “Dumping Debt” self-help DVD. And although certain items aren’t rented as frequently as others, Yoodlize makes it possible for individuals to temporarily access those things on the rare occasion they are needed, rather than purchasing an item for a single-use.

Fairbourne took advantage of his own platform recently when he needed a niche item to film a commercial: a 30-foot ladder. Ladders of that size can set a person back anywhere from $400 to $1,000, and most people won’t find themselves in need of a ladder the size of a 3-story house more than once or twice in their lifetime. Luckily, Fairbourne didn’t have to purchase a new ladder. On Yoodlize, he found one listed for $10 per day.

According to Fairbourne, the owner of the ladder said, “I bought this because I needed one light bulb changed, and I couldn’t find anybody around that rented them. So I bought it for $500. It’s taking up all this space in my garage, so I figured I’d rent it so somebody else could change their one 30-foot high light bulb without having to buy the whole ladder.”

As Yoodlize has grown, some of the top owners on the platform have made upwards of $10-12K renting items like mountain bikes, pizza ovens, and projectors. The platform makes it possible for users to access what they need and also creates business opportunities for savvy entrepreneurs and investors.

“We had one employee buy two paddleboards and list them for $10 each. They were paid off within the month,” Fairbourne says. “He’s able to pay off an asset in 30 days, compared to the 30 years it might take to pay off an investment in a rental property.”

Fairbourne hopes he’ll see more people investing in items to rent as the platform expands. “Even a trailer—you could pay off in something like six months. This helps people get into asset class investment at a much lower rate. It could be the first rung of the ladder to help people get into owning properties.”

Inventory investment isn’t the only entrepreneurial opportunity available to Yoodlize users. Some users have found ways to start small businesses and side-hustles with tools they’ve rented from the platform.

The “side-hustle” economy has been on the rise for years. In early 2021, 61.4 million Americans said they planned to start a side-hustle this year. Fairbourne encountered two of those side-hustlers recently while renting out his power sprayer through Yoodlize.

“I talked with them, and they told me they were starting a business of spraying out garbage cans,” Fairbourne says. “They were renting my power sprayer so they could get their business started.”