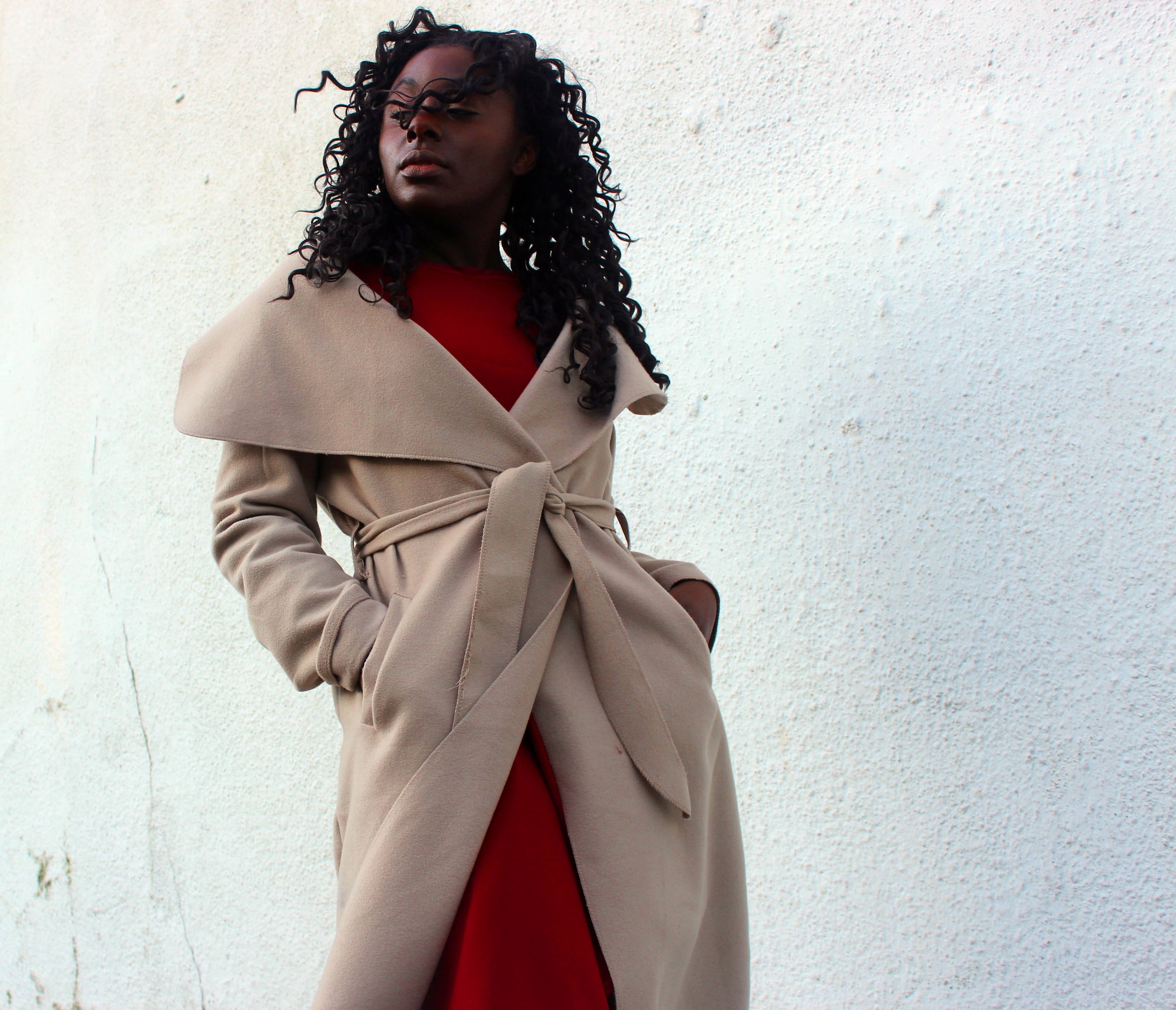 The CROWN Act—which stands for Create a Respectful and Open World for Natural Hair—is legislation meant to protect Black employees from discrimination based on racial and ethnic hairstyles. In 2020, Utah joined 23 other states with failed Crown Act legislation.

In our state, and in every other jurisdiction without these legal protections, employees can be fired, students can be kicked out of school, and community members can be refused service or opportunities due to their hairstyle. Of course, the targeted styles are often for Black hair: locs, twists, curls, afros, and braids.

“Hair is tied to identity,” Alyssha Dairsow says. “When people, particularly Black women, are told that the hair they were born with is not professional, that it’s not normal or fashionable, that we need to cut or straighten or change it to be taken seriously or to have job security, that’s unacceptable.”

The desire to strengthen her identity and find a place in Utah is why Dairsow started her non-profit, Curly Me!. “When I first moved to Utah, I noticed a distinct need for support for children of color,” she says. “Especially Black girls. I didn’t see myself represented in the media, or even in my own neighborhood.”

Dairsow approached a grandmother and granddaughter at a retail store in Sugarhouse to ask about their hair. “I wanted to see if there were events for Black girls in their area if they’d come,” she says. “I still can’t believe I did that, it was totally stepping out on faith, but they were so enthusiastic about the opportunity to be heard.”

Since then, Curly Me! has worked with people in the Salt Lake Valley to educate, encourage, and empower Black children and their parents to love their natural hair when, historically, it has been unaccepted or politicized. Through fashion shows, slumber parties, career fairs, and book clubs, Dairsow says Curly Me! is instilling confidence and strength in young people.

“We want to see more ballerinas with afro puffs, we want to see braid extensions in schools,” she says. “Kids aren’t the future—they’re the now, and we want them to see the power they have.”

That was also the goal of Senator Derek Kitchen, who brought Senate Bill 80, an amendment to an already existing anti-discrimination legislation and Utah’s version of the CROWN Act, to the floor. The bill was designed to “provide protection for immutable traits and hairstyles historically associated with race.”

While the bill failed to make it to the Senate floor, footage of the Zoom hearing caught the attention of the team at Last Week Tonight with John Oliver. In his segment about Black hair, Oliver shows a clip of state senator Owens commenting on the attractiveness of Dairsow and her colleagues, and ultimately dismissing the importance of the legislation.

“Hair discrimination, and the racism that breeds it, is real across the country,” Dairsow says. “I think the dismissal of the CROWN Act says a lot about the ignorance in our state. I know for certain that it’s important to the Black woman driving hours to get her hair straightened because she doesn’t want to risk her job, and that should be enough to take action over.”

While Dairsow believes Curly Me! has spread a lot of good in pursuit of its mission, it’s all for naught without actual legal protections in place. “We can spend decades, centuries building up the confidence of these young people and their families,” Dairsow says. “We can help get them to the point that they love their hair, their skin, their culture. But how much is that worth when they’re embarrassed for it the next day at school? When it doesn’t fit the organizational ‘culture’?”

The negative repercussions of hair discrimination have long-lasting impacts on everyone in the state—not just Black residents. “Mental health is not at its best if you’re always concerned about getting fired,” she says. “You can’t expect someone to perform well at their job, to even want to show up every day, because of their hair grooming processes differ from the organizations’ ‘culture.’”

And, when these employees, students, and community members don’t feel safe, they leave. “People don’t want to stay in a place where they don’t feel welcome,” Dairsow says. “I’ve seen the trends of people coming here and deciding not to stay. We can’t recruit and retain young people, people of color, or anyone from diverse backgrounds when governments make active choices to leave them out of conversations.”

It’s not just employees choosing not to relocate to Utah or to move back home, Dairsow says. It’s companies, too. “If we want diverse companies to move here, to decide to headquarter here, we have to show that we’re serious about inclusivity,” she says. “Consumers are starting to pay attention to what leadership boards look like. We’re looking for people that look like us, and if we don’t see them, we’re getting the confidence to walk.”

If trends like this continue, Dairsow says it could be problematic when bringing and retaining diverse groups of people to the state. “This kind of legislation is a small and simple step in the right direction to protect the states’ income, if not for the mental health of the Black community,” she says. “It’s our bare minimum expectation, and it’s baffling that we can’t get our government to grant us the comfort of knowing our places of employment can’t cite us because they don’t like our hairstyles.”

Dairsow says that it’s the lack of empathy and understanding that led the bill to fail, and what can get it passed next year. “You do not fully know your friends, neighbors, and constituents when you ignore their struggles,” she says. “You especially do not know them when you don’t understand how they live. I think that hair, again, is a good example of that.”

That change may come from Curly Me!’s civic engagement initiatives. Dairsow says her non-profit is in the process of partnering with the Black Cultural Center at the U, young Black professionals’ groups, and more organizations like them to educate youth and the community on how to use their voice.

“Curly Me! has blown my mind,” she says. “We’ve gone from a small group of girls to a mainstay resource in the area for education, empowerment, and encouragement. We want our youth to feel empowered to attend city council meetings and write letters to their representatives to make their voices heard.”
While passing a CROWN Act in the state is one of the next big milestones in Curly Me!’s path, it’s not their whole future. Dairsow says she wants to see more organizations like hers pop up across the state. “I’m just a regular person,” she says. “I saw a problem in my community, a need for something, and I wanted to be a resourceful solution to the need. I hope more people start to realize the power that they wield, how a conversation in a retail store can change lives for the better, and that they take action too.”