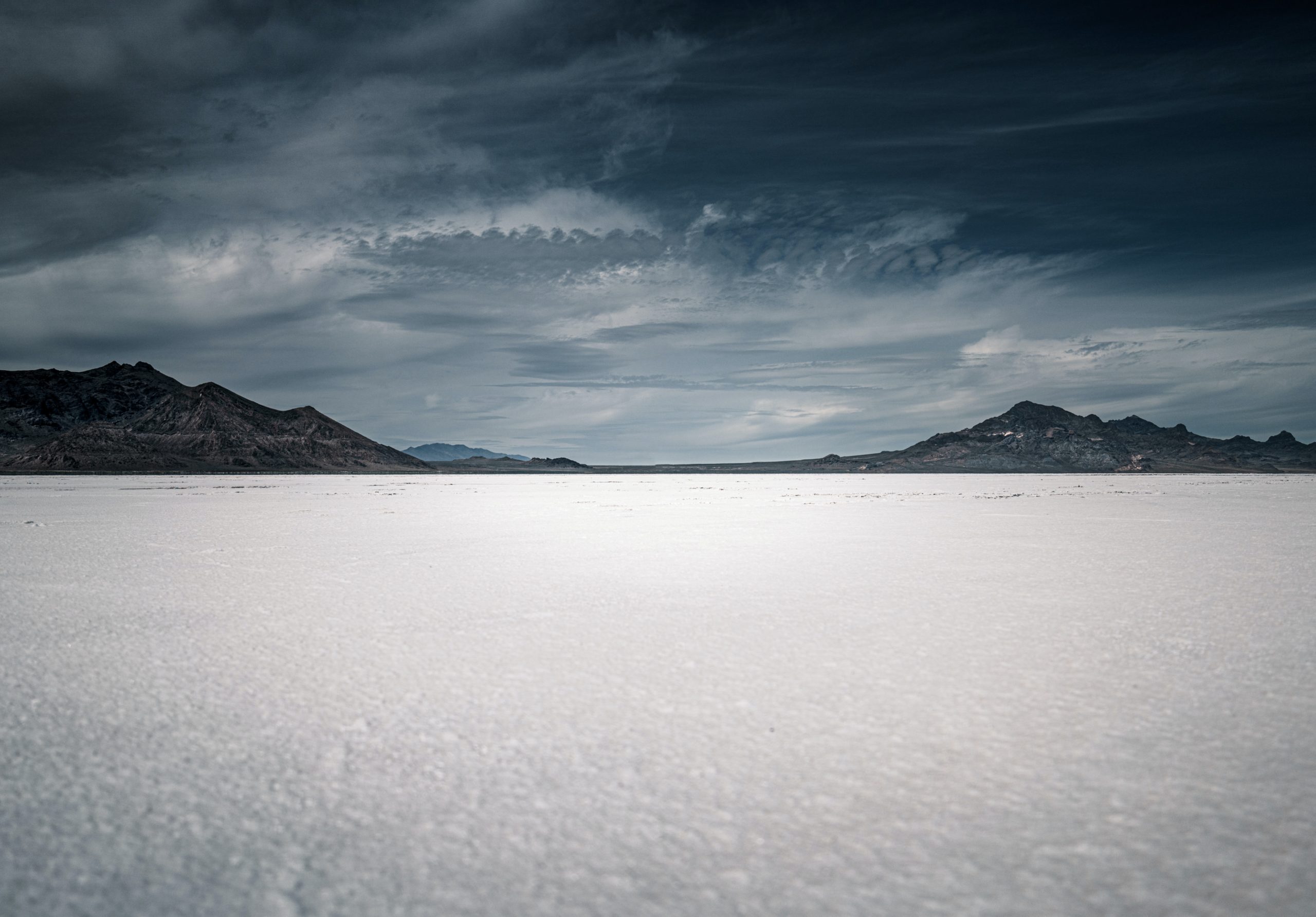 When data centers began to evolve in the 1980s and 90s, environmentalism was not a common tech priority. Environmentalism meant going back to nature. Technology did not.

Networks grew more complex and important, requiring more servers, redundancies, backup batteries, and generators. In the absence of a cold semiconductor—scientists have never figured out how to run a computer chip without generating heat—data center managers needed a way to keep their ever-growing facilities from overheating. The energy needed to run refrigeration units was expensive, Wes Swenson, CEO of Novva data centers, recalls.  Water was more efficient and cheap.

Swenson, however, bucked the trend. Novva had data centers located in both Utah and Colorado, and as the years went on, Swenson noted that the West seemed to be in a perpetual state of drought. And as the water demands of other data centers grew ever more intense, Swenson intuited that growing his company’s reliance on a single limited natural resource was not the best move.

Although his decision to cool his data centers using refrigeration rather than water initially cost him money, the decision now seems to be paying off. Amid the worst drought in Utah’s recorded history, with the second-worst drought from 2018 still lingering in the rearview mirror, concerned customers are flocking to Swenson’s business at twice the pace he saw just months ago. Cities around the state have issued building permit moratoriums to stave off shortages of drinking water; Salt Lake City has floated an ordinance to cap the water use of businesses allowed to locate in city limits.

More than any other factor, water will determine how fast and how large Utah’s economy can grow in the decades to come, according to Melissa Reynolds, an attorney specializing in water rights for Salt Lake law firm Holland & Hart. In most locations on the Wasatch Front, businesses and cities have staked claims to more water than actually exists, Reynolds says, putting cash-rich, data-thirsty tech companies on a collision course with climate change. Downstream, a circular problem has emerged: minerals extracted from the Great Salt Lake could hold the key to powering our digital future, but only if the lake continues to exist.

Compared to the overall size of Utah’s economy, the 7,700 jobs and $1.3 billion in direct revenue the Great Salt Lake currently supports may seem relatively small. But on a global scale, resources found in some cases exclusively at the lake are critical to producing steel, aluminum, and multiple agricultural products, including seafood.

According to Laura Vernon, Great Salt Lake coordinator for the Utah Department of Natural Resources, shoreline mining operations that harvest minerals from the lake’s salty water are the sole US source of raw magnesium and account for 14 percent of global magnesium supplies. Other minerals extracted from the lake provide fertilizers critical to the production of fruits and nuts, and large quantities of lithium have been recently discovered in the lake as well.

This July, the Great Salt Lake hit its shallowest level in known history, based on records dating back to the arrival of “Mormon” pioneers in 1847. The lake level is so low, Vernon says, that the state is mulling revisions to its emergency lake management plan because the plan bottoms out at two feet below the lake’s current level. A report released earlier this year estimates that demand for water generated by ongoing growth in the state could shrink the lake by an additional 10 feet.

As the lake grows increasingly shallow, accessing the resources it contains has grown more challenging—and expensive. Mineral extraction on the lake continued apace this summer thanks to investments in new collection systems, according to Joe Havasi, director of natural resources for Compass Minerals. The brine shrimpers also pulled in a good-sized catch this year, but only after paying out $1.5 million to dredge a channel allowing their boats to get from the harbor to the deeper parts of the lake, which are getting further and further from shore.

Funding such dredge operations is “a significant amount of money to ask,” says Leonard, but due to competition with other brine shrimp providers in Russia and China, they can’t recover the funds by increasing shrimp prices.

If the cost of accessing the lake’s water continues to increase, Vernon says, it may well preclude the development of a desperately needed lithium industry in Utah. But while Leonard considers the loss of the lake “a serious risk,” he says he’s also an optimist—particularly after seeing the way Utahns came together during the drought this past year.

As the full extent of the drought in the West became evident this spring, says Laura Briefer, director of the Salt Lake City Department of Public Utilities, the implications of the weather reports were so alarming that she watched some of her long-time colleagues quit their jobs and opt for early retirement to escape the stress of what they saw coming.

But as the news broke of building moratoriums and water shortages elsewhere in the state, something remarkable began to happen. Years of calling on the public to conserve water finally sank in. Residents and institutions replaced green lawns with brown dotted with “doing our part” signs. Overall, Salt Lake City water use dropped 15 percent year over year.

Between July and August, Briefer says, Salt Lake City Public Utilities typically delivers 160 million gallons per day to thirsty homes and businesses. This year, she says, there were days during the summer when collective city water use dropped below 100 million gallons.

Though citizens are doing their part to conserve water, the introduction of water-guzzling companies have some concerned that civilian action is not enough. The problems came to light when Vobev, an independent can maker and filler, announced plans to open a state-of-the-art bottling facility in west Salt Lake City, prompting speculation that the city could draw similar water-heavy enterprises, particularly as the development of the Inland Port progresses.

As city officials took a closer look at those projections, Briefer says, a potential problem emerged. Vobev’s planned water use of more than 2 million gallons per day would position the facility as one of the city’s two largest water users, right next to the oil refineries.

And while the city was prepared for household growth in its long-term water planning, they did not include this dramatic increase in industrial water demand.

“We do have an adequate supply for future growth,” Briefer says, through at least 2060. “But those supplies depend on an assumption of water use, and it does not assume we have a bunch of 2-million-gallon-per-day entities that are sited here. Having that high-intensity water use is not what we planned for.”

The realization that too many water-intensive industries could rapidly draw down the city’s water supplies established what Briefer describes as a “new worst-case scenario.” Now, there’s a proposed ordinance that would cap the water use tied to future building permits at 300,000 gallons per day. Only pre-existing businesses would exceed the cap, roughly equivalent to the amount of water a single-family household uses in an entire year.

“There’s nothing easy about this,” Briefer says. “The Wasatch Front, Salt Lake City, we’re experiencing a lot of growth right now, and it’s really important for us to recognize that how we grow, how we plan for our water supplies, has to be done very carefully.”

Not only were these large industries like Vobev not necessarily planned for but finding water rights for said facilities is another concern. “Water rights are very expensive,” Reynolds says. “They add significant cost to any development, and they’re very, very pricey right now. It’s difficult to even locate them, but if someone has a high priority water right and is willing to sell it, that can result in it going to the highest bidder.”

High prices are leading some, like Swenson, to rethink their water usage as a whole. The Jordan Valley Water Conservancy District—which has a Utah Water Savers program that can send water use experts to individual businesses and help look for new ways to cut water use—also saw a dramatic uptick in applications this year, according to Courtney Brown, conservation programs manager for the water district.

“We have a popular saying in our conservation industry that when there’s a drought, we feel like it’s drowning because there is so much interest,” Brown says. “It’s huge for water conservation.”

And it’s also been huge for Swenson’s data centers as tech companies across the west come to Novva in their search for options that will reduce their overall water consumption.

However, Swenson isn’t just sitting back and reaping the benefits of taking a risk investing in waterless cooling systems in his data centers. Earlier this year, Novva itself applied to Jordan Valley Water Conservancy District for help reducing their water use even further and ended up reworking the landscaping on their newest campus, very nearly eliminating the need for outdoor water use.

“And it’s pretty. I actually like it,” Swenson says.

For Swenson, wise water use isn’t just about maintaining Utah’s ability to grow—although he’s concerned about that too. But a big part of his motivation, he says, is ensuring Utah remains an attractive place to work and play.

“Part of the reason I live and work here is the recreation, so I like to see the reservoirs full. I’d rather conserve so we can enjoy those. We have a lot of clients who love to use our services in Utah because they love to tag on a ski trip, a national parks trip,” Swenson says. “It goes hand in hand with everything we do…because our job in data centers is really preparing for the worst, and that includes climate change.”