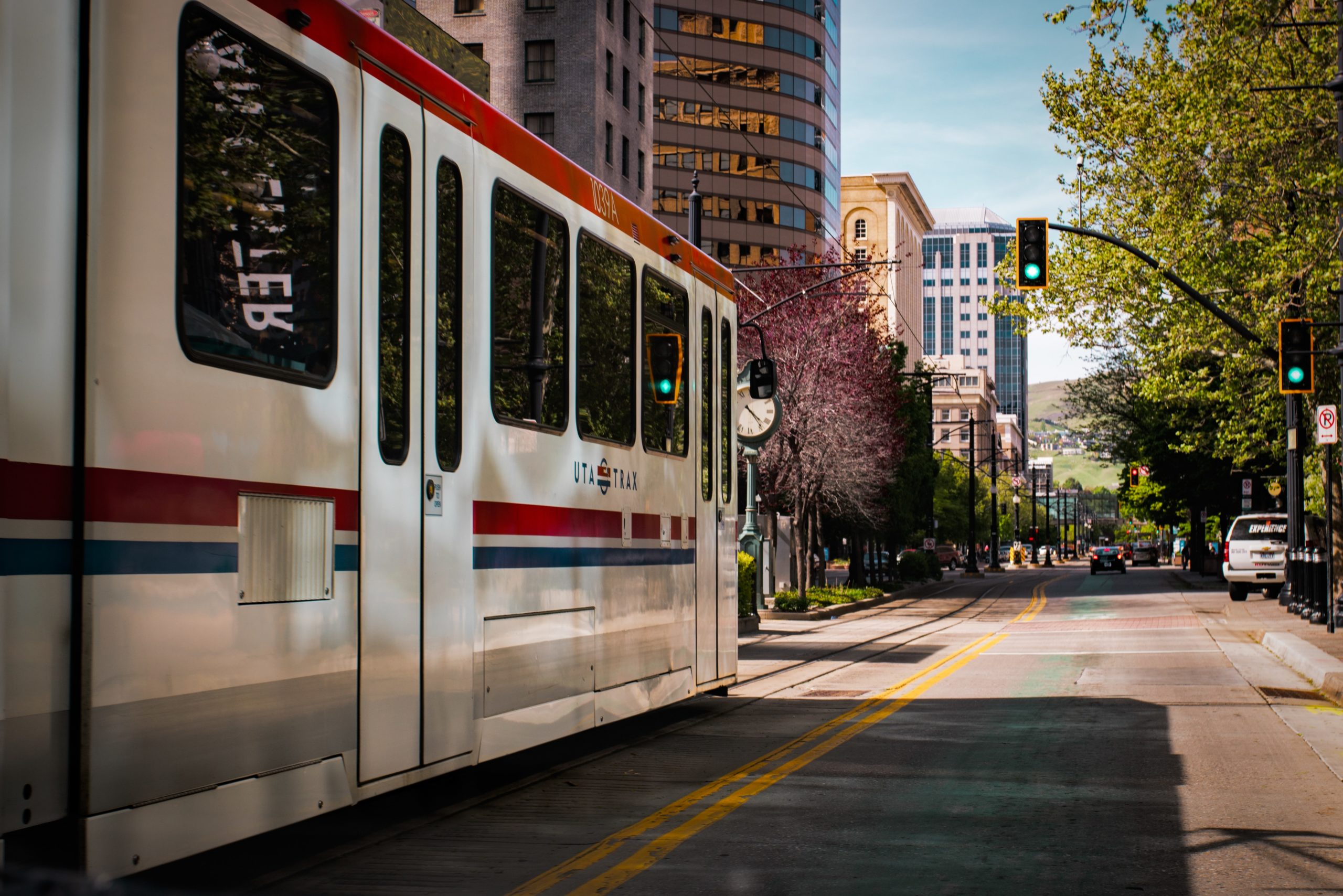 Transit corridors are expanding, here’s what that means for business

On March 3, the Utah Transit Authority announced the completion of phase one of a $95 million project to improve bus operations with the completion of a Depot District Clean Fuels Technology Center (DDCFTC). The center will service the fleet of electric and natural gas busses to improve sustainability as well as create opportunities for future expansion.

This project comes just after state lawmakers approved a $1.23 billion transportation package to fund various transit projects around the state as more citizens continue to move into the Wasatch Front.

The FrontRunner Forward Program aims to increase the capacity of the regional rail line, provide more frequent service at peak travel times, and potentially add express trains to the system through an upgrade known as doubletracking.

Ranu says that FrontRunner has the potential to channel growth in a way that promotes economic development, access to opportunity, and more interesting places to live. Also saying that it provides an alternative to driving on the I-15 freeway.

“[FrontRunner is critical] to the I-15 freeway,” Ranu says. “[There is] of course a limit to how much can reasonably be added onto the I-15 freeway and so FrontRunner, with the foresight of the leaders in this region, created the commuter rail system about 13 years ago.

According to a 2020 report published by the American Public Transportation Association (APTA), a $1 billion investment into public transit can yield up to 47,000 jobs in the long-run and overall investments can increase productivity in the short-term.

One specific area that has seen economic development from increased transit access is the Fourth South transit corridor.

“There’s a lot of mixed-use residential and retail offices that are located along our tracks or in particular stations, especially in Salt Lake City. So that’s an example of integrating the TRAX transit investment with economic development,” Ranu says.

After COVID-19, UTA planners believe commuters will come back to offices and there will be a steady need for transit services, though essential workers have continued to use public transit throughout the pandemic.

“Obviously we lost a lot of riders during the pandemic because everything was shut down pretty tight, but really we think that there may be some emerging markets that we haven’t yet tapped into,” says UTA director of planning Laura Hanson.

Some of those emerging markets include South Jordan and Riverton which have much younger families and, according to Hanson, have potential for a new college market.

“We look at age demographics, we look at: are people juggling moms and dads? Are they commuters? And we look at these different travel markets and ask: can we tailor our services to best meet the needs of those people and where they are geographically?” Hanson says.

According to Hanson, UTA works closely with both the Mountainland Association of Governments and the Wasatch Front Regional Council to develop a Regional Transportation Plan (RTP), which is a document that looks 30 years to the future for what projects the region might need.

“We look at multiple different corridors, as well as multiple different modes.Maybe it needs to be an express bus, maybe light rail is going to be the better solution. We look at all these different factors from the community such as compatibility, economic development, potential ridership and constructability costs, and transit reliability,” Hanson says.

For companies that want to relocate to the region, they want their employees to have transit options if they do not want to drive and have easy accessibility to their workplace Ranu says.

At a regional level, this includes modeling where individual cities might expand and what the land use is going to be. One tool that UTA uses is a travel demand model, which is a computer program that tries to forecast potential growth.

“It assesses the demand for trips between an origin and a destination. Through calibration [it determines] which people will go to which place by what route and by what mode, whether it’s a car, a train, a bus or a combination thereof,” says Kerry Doane, manager of long-range and strategic planning at UTA.