It was a simple question, but for some reason, I didn’t really understand it, or at least I wasn’t expecting it. Across the table sat the Crown Prince of Luxembourg (no really, it’s a thing). He was young, bright, articulate and here on a trade mission representing his country. We had just finished discussing Utah’s incredibly robust (#1 for job growth) and diverse (4th in the nation) economy. We talked about the rapid growth of Silicon Slopes and the thriving aerospace and financial sectors. He was clearly knowledgeable about it all, but with a puzzled look, he asked again: “Why Utah? Why is Utah having so much success?”

I don’t remember exactly how I answered him. I’m sure I talked about our educated workforce, bilingual population, and outdoor recreation opportunities. I probably mentioned our low taxes and limited regulations. I might have quoted Forbes magazine’s nearly annual ritual of ranking Utah as the best state for business. I’m pretty sure I didn’t tell him it was because we have an amazing lieutenant governor. Whatever I said, he seemed satisfied with my answer.

I, however, was not. Over the intervening months, I asked myself and others that question often. Why is this small, square, rural, western state having the type of success usually reserved for bigger, coastal states? While I may not have the perfect answer, the path our nation has taken over the past few years and months might give us some insight. In a world that is increasingly divided and chaotic, Utah stands out more than ever.

First, Utah leads the nation in volunteerism and charitable giving, and has for years. It is part of our cultural fabric. We believe in giving back and making our communities better places to live. And this isn’t just true of our citizens, it applies to our businesses as well. If you move your business to Utah, we expect you to give back. And you do. As a former business executive, I was presented almost daily with requests and opportunities to donate or serve. And every time we did, our company grew stronger. This type of giving leads to better businesses, better employees and better communities and takes pressure off government to solve every societal ill.

Second, while our government in Utah is not perfect, we are less afraid of data driven decision-making. While it is true that government was designed to be slow and methodical — a truth that can be maddening to the fast-paced world of disruption (see, e.g. Zenefits, Tesla and Uber) — Utah leads the way in allowing data and innovation to drive policy. Don’t just take my word for it. Utah was recently named the 2nd best state in the nation for “using evidence-based policy making.” This Pew study specifically praised the Governor’s Office “for requiring state agencies, when making budget requests, to show the need for service, the expected outcomes and whether it is an evidence-based practice supported by research, data, evaluation or professional industry standards.” This willingness to go where the data takes us, even if it challenges our long-held assumptions, makes Utah stand out in a world where, increasingly, politics comes first and facts come second.

Finally, Utah seems to be one of the last places in the country where differences of opinion are not just tolerated but valued. As rank partisanship continues to turn Washington D.C. into a raging dumpster fire (which, honestly, might be unfair to dumpster fires everywhere), Utah shines as a beacon where people with different backgrounds, values and ideas can come together to seek solutions. While by no means perfect, and certainly trending in a partisan direction, Utah remains a place where Republicans and Democrats can argue, collaborate, disagree, and serve without hate or animosity.

Just a few weeks after my meeting with the Luxembourg Prince, I had another “Why Utah?” moment. This time, it was a British reporter for the Economist magazine trying to figure out how “red” Utah had found consensus solutions for LGBT/religious freedom, intergenerational poverty, criminal justice reform, immigration, and refugees. He wanted to know if Utah’s success could be exported to other states and concluded by stating, “even if political culture cannot be exported, ideas can be. Perhaps what Utahns need is a little more missionary zeal.”With the help of Silicon Slopes, and the companies and employees you represent, I believe we can share the success Utah is now enjoying and improve our country for generations to come.

“But, Why Utah?” was originally published on Silicon Slopes

Meet the 2020 thirty women to watch 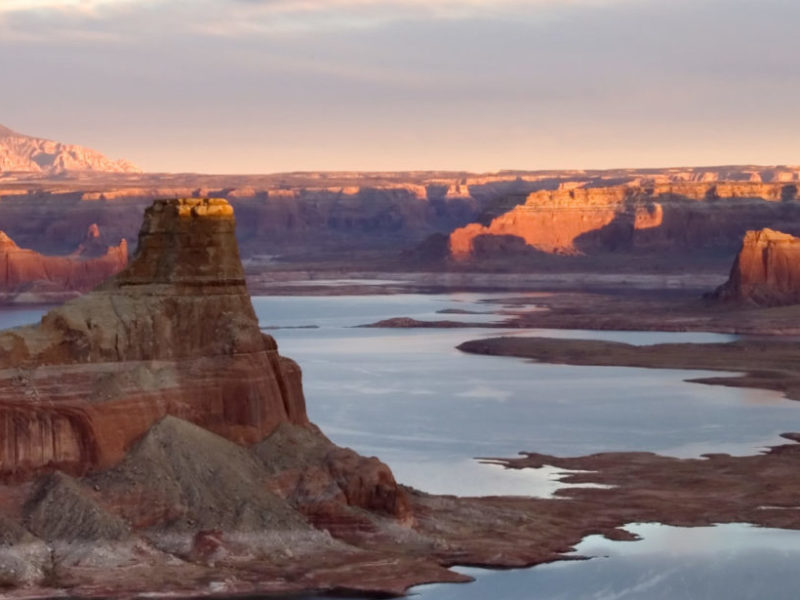 When will the water run out?