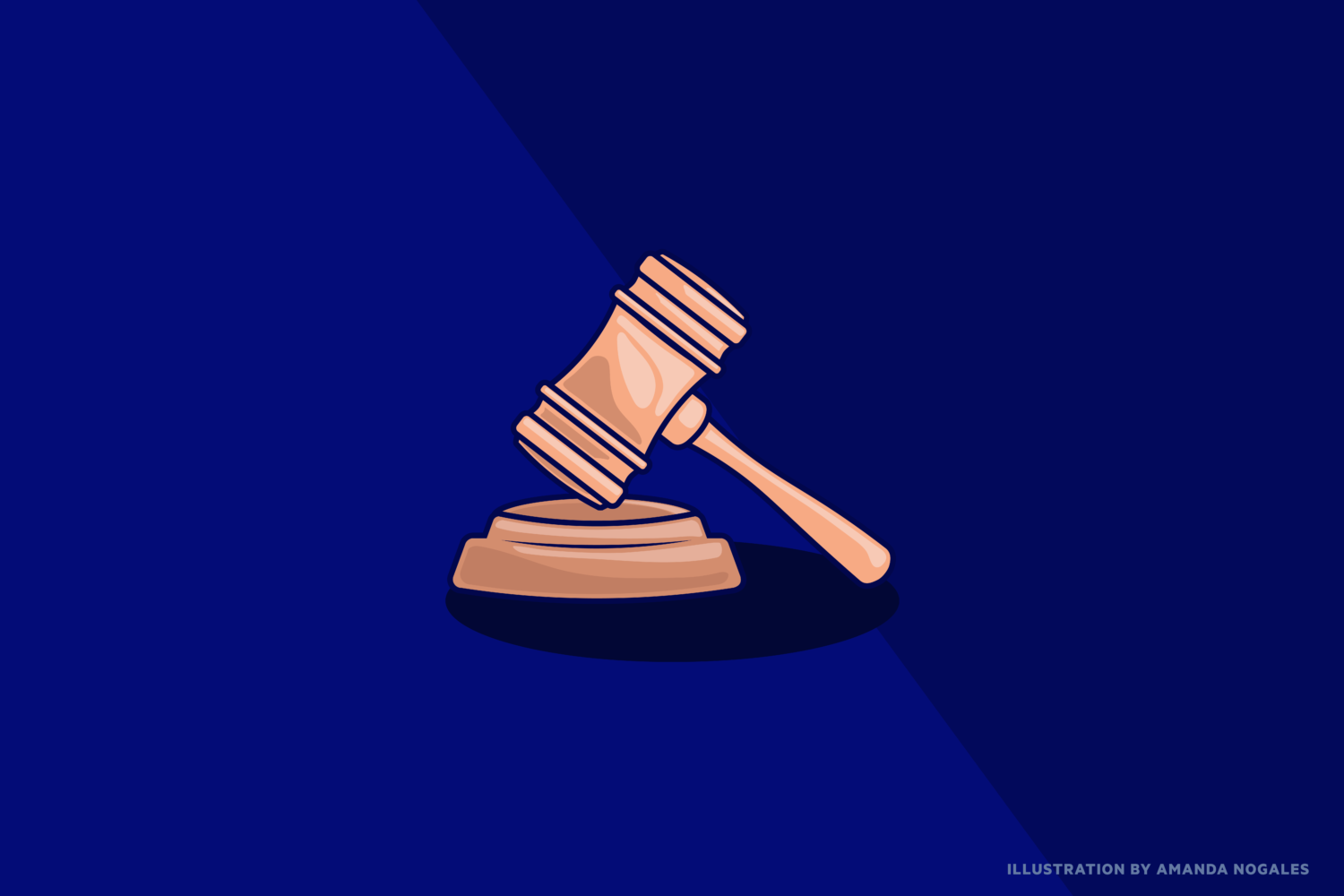 Your vote means nothing compared to theirs

As much as 58 percent of the $44 million in career campaign donations to current Utah lawmakers have come from special interest groups, according to data from OpenSecrets, a nonprofit with a tool that makes campaign finance donations transparent.

The Utah Association of Realtors came in at the top of the heap, throwing almost $1 million at current lawmakers since the start of their careers, while two energy companies, PacifiCorp and Energy Solutions, doled out $261,100 and $445,718, respectively. As much as $10 million in-state campaign donations came from out-of-state donors.

“It’s something we’re worried about,” says Chase Thomas, executive director of Alliance for a Better Utah, a nonprofit that holds the government accountable to citizens. “It’s hard to draw a straight line between contributions and a vote, but it still begs the question of whether lawmakers are making decisions for people or special interests.”

Utah state candidates collected $25.2 million in political donations in 2020—that’s up from $10 million in 2000. The state is an outlier among some rural states, such as Montana, where individuals tend to give more than special interests. Utah’s officeholders draw higher dollar amounts from wealthy donors and corporations likely because Utah has no donation limits, says Pete Quist, deputy research director at OpenSecrets.

For-profit interests almost exclusively give money to incumbents, Quist says, because these are the people who are already in office and have the best odds of winning. Incumbents win 89 percent to 96 percent of the time. “If you’re a large donor, you’re more likely to get a meeting with the lawmaker,” Quist says. “Whether or not they’re in the pocket of donors, it’s always an open question.”

State-level campaigns are garnering more money than ever before. They broke a record in 2018 when donors steered $6.1 billion toward state elections across the nation. “We will likely break another record this year for the number of contributions,” Quist says.

Money has poured into national elections at unprecedented levels as well, following the 2010 US Supreme Court’s landmark ruling on the Citizens United v. Federal Election Commission, which allowed corpor­a­tions and other outside groups to spend unlim­ited funds on elec­tions. Now, huge sums of money from anonymous companies and billionaires are influencing local politics, whether it’s a US Senate race or a school board seat, says Bill Cortese, executive director of American Promise, a non-partisan, grassroots organization that advocates for the passage of the 28th Amendment to the United States Constitution that would allow states to regulate federal elections within their respective states.

SuperPACs raised $3.5 billion in 2020, and 2022 will likely exceed that number, according to American Promise. It’s not unusual to see $200 million to $300 million in donations to fund a US senate race. A decade ago, those donations topped out at $10 million.

“This influx of unlimited money is minimizing the impact a regular voter can have, as their voices are drowned out by the sea of SuperPAC dollars,” Cortese says. Twenty-two states have passed resolutions calling on Congress to address the issue and initiate the Amendment process. A resolution now in the Pennsylvania legislature, if passed, would make it the 23rd state—and the first state with a Republican-controlled legislature—to pass a resolution.

A 2014 Princeton study found that the wishes of the average voter had a zero percent (statistically insignificant) effect on policy. The study found that special interests with strong funding had far more success getting issues addressed legislatively, and that amount of funding is alarming—nationally and in Pennsylvania.

The anonymous nature of the SuperPAC donations becomes a national security issue, Cortese says, because anyone can donate, including foreign groups and individuals.

At the state level, special interest money is simply part of the political “system,” says Steve Urquhart, who spent 16 years as a state senator before retiring in 2016. He says he never sought out money for his campaigns; it was just always there. Those donations rarely translate to a direct quid pro quo, but they do create relationships that definitely sway or change legislation, he says. “Money creates access through familiarity,” Urquhart says. “If someone gave money, I knew them, and they were in my phone contacts. That is a definite head start.”

Access means the difference between having a lawmaker respond immediately to a text or taking your call and simply receiving a formal email response about an issue weeks later. Constituents who show up during the legislative session may get their representative or senator’s time, but typically just a few minutes of it. “You’re just so busy,” Urquhart says.

Utah state lawmakers must decide on 500 bills in just six weeks, and they seldom have the time to go search out other points of view. “There are people out there not at the table because they haven’t been identified and who are not counted as valued stakeholders,” Urquhart says.“I was just plugged into the system, but I’m not terribly proud of that aspect of my career.”

To be heard, citizens must be very organized and very aggressive to get their voices heard, Urquhart says. He worked with a group of residents in Washington County in 2012 to change rules regarding condominium ownership, but Urquhart was up against the Board of Realtors. Although the group was a powerful force, they didn’t win every battle. “It often felt like we were just shut out by the moneyed interests,” he says. “They had good lobbyists fighting against what we were doing, and we were on our side of the hallway, a bunch of concerned citizens.”

Utahns may not necessarily like other bills, but they just aren’t likely to spend much time making their voices heard, so business interests may win. Take, for example, in 2018, when the legislature passed a bill that gave billboard companies the ability to switch out many signs for bigger, lighted, or digital displays without local approval. The giant in that industry, Reagan Outdoor Advertising, has donated $1,350,714 to 385 campaigns spanning 26 years, according to FollowtheMoney.org. Three years earlier, a political action committee connected to Reagan Outdoor Advertising put up billboards for opponents of Salt Lake City Mayor Ralph Becker, who was outspoken about the industry, claiming it blighted highways and entrances to the city. Becker lost that race to Jackie Biskupski.

State Rep. Melissa Ballard, a Republican, says that the influence of donors is small partly because the amount of money that state campaigns receive is tiny compared to what a federal race might claim. A company may give a candidate just $200 to $1,000. The political donations “are not big enough to buy my vote,” she says.

But donor pools tend to be polarized, says Quist of OpenSecrets, which has an online searchable database on FollowtheMoney.org. The site shows a graph demonstrating how donations to Utah lawmakers align with partisan politics. For instance, Utah State Senate President J. Stuart Adams, a Republican, has received a total of $1.5 million from donors in his career, and 82 percent of those donations are aligned with Republican donors, according to the site.

The influence of special interests in policy extends beyond campaign donations. It’s the norm that companies hire professional lobbyists to influence how a bill comes together or whether it passes. Utah does not require companies to track and report how much they spend on lobbyists. “There are so many lobbyist groups I don’t know who everyone is,” Ballard says. “One lobbyist might represent 20 to 30 companies.”

Environmentalists say that for years, lobbyists worked against statewide water conservation efforts. As a result, the Great Salt Lake is now drying up and whipping up lakebed dust containing dangerous levels of cancer-causing arsenic and carrying it across the Wasatch Front. This past legislative year, lawmakers did pass an unprecedented number of water bills that encourage water conservation, but this is despite a decade of proposed water bills that failed. “Scores of bills for water conservation have gone down in flames,” says Zach Frankel, founder and executive director of the Utah Rivers Council, which has been working to change Utah’s water laws and save the lake. “They died at the hands of lobbyists.”

Frankel points to a group called Prepare 60, a nonprofit made up of the state’s four largest water conservancy districts that aim to deliver water to the majority of Utahns across the state and preserve water for future fast-paced growth. (The population is expected to grow by 2.2 million by 2060.) Prepare 60 has not donated to individual lawmaker campaigns, but the nonprofit does use paid lobbyists at the state capitol.

“Lobbyists can leave a bad taste in people’s mouths, but I don’t know how you get your message to lawmakers unless you’re living at the capitol,” says Linda Townes-Cook, spokesperson for Prepare 60. “They’re really necessary. ”

Late last year, ProPublica outlined the challenges to water conservation measures at the Capitol in an investigative piece. It pointed to 2017 legislation that would cap how much water was covered by water taxes to help consumers see the true cost of water on their utility bills. The water districts opposed the bill because property tax represents an important and stable revenue source for water conservation districts, Townes-Cook says. A bill passed in 2019 only after it deleted the limits on a water district’s ability to collect water taxes.

“It’s hard to draw a straight line between contributions and a vote, but it still begs the question of whether lawmakers are making decisions for people or special interests.”

A lawmaker attempted to mandate that utilities find leaks in their systems in 2020, but the districts rewrote the bill and removed those requirements. “The water districts assisted in making improvements to the bill, but there were others who opposed the bill,” Townes-Cook says. The districts, meanwhile, have received support for new billion-dollar water development projects, including dams along the Bear River in northern Utah. “The cost of future supply projects is staggering, and the more we prepare now will put us in a stronger position in the future,” she says.

Townes-Cook says the state’s major water districts have never been against conservation legislation or conservation. “We typically oppose it when it’s not enough, or it crosses the line,” she says. Prepare 60’s hired lobbyists worked to improve legislation—not block it—and to preserve the property tax funding model that allows the districts to provide water to Utahns today and in the future. She points to Jordan Valley Water District’s $24 million outlay over 20 years on 10 different programs to encourage less water consumption across the state.

“We don’t want to dam the river at all,” Townes-Cook says. Without water conservation, she says the state could run short of water within a few decades, and a reservoir would then be necessary. Environmental groups say any billion-dollar reservoir will erase the Great Salt Lake and turn the Wasatch Front into a toxic wasteland.

So how does Utah make the voice of citizens louder than the voices of special interest groups? The answer is unclear. Urquhart suggests training freshman lawmakers about the need to seek out citizen voices or building a stronger third political party, which can offer a different, more nuanced view on issues—although he thinks the chances of that happening in his lifetime are small. “I mean, that’s the thing: we can identify the problems,” he says. “But what are the solutions? It’s systemic.”