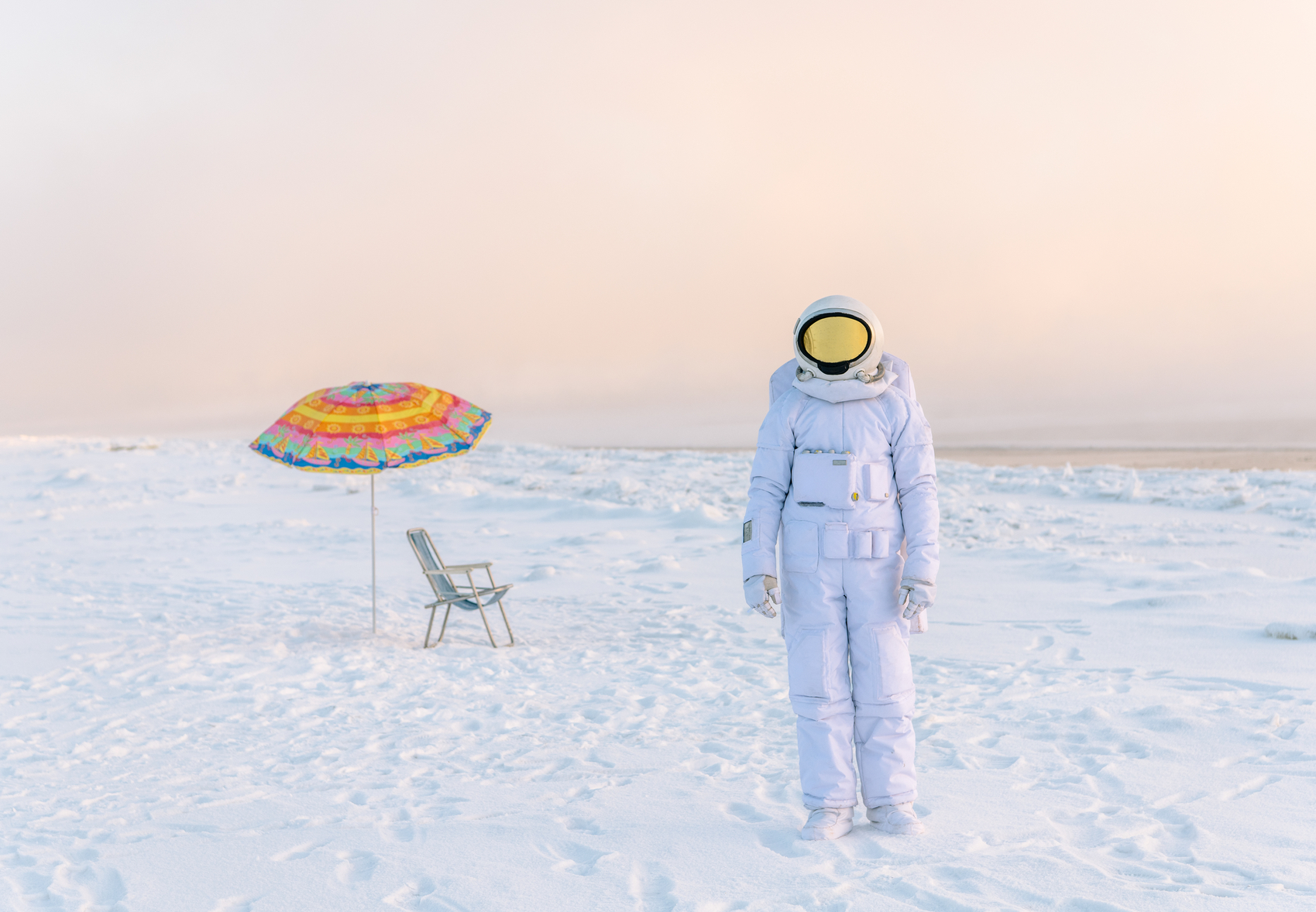 Suddenly flush with capital, a new generation of Utah angels are ready to invest

Utahns can now invest as little as $1,500 into a promising Utah startup, alongside venture capital investors. And they can do it from their mobile phone with the click of an “invest” button.

Beehive Venture Partners, a seed and pre-seed investment fund, launched an online platform for angel syndicate investments in January. The platform lets qualified accredited Utah investors view one to two new startup deals each month—with pitch decks, a video, the term sheets, and more—schedule visits with the founders, and invest online just by connecting their banks and hitting “invest.”

“Literally in five to 10 minutes you can make an investment right next to VC firms,” says Beehive’s fund manager Luke Gunderson, who started the firm with his brother, Jordan. “It’s not the typical model at all and to invest that quickly is highly extraordinary.”

Historically, angel investments tend to be among the earliest cash infusions into a company, and individuals may put $25,000 to $100,000 at a time behind a venture. The deals typically come through angel investment groups or through a person’s business and social networks. These are inherently risky investments because they are so early-stage and skilled due diligence is the main key to success.

Beehive’s new model aims to open up angel investing to more Utahns who have excess money to invest, but not necessarily the network or time to do extensive due diligence on a startup. Now instead of one person writing a $300,000 check, Beehive lets 100 people get involved with up to $3,000 apiece and participate in funding rounds alongside venture capitalists. The risk is lower because investors can write smaller checks in early-stage deals and gain access to later-stage deals they wouldn’t have been able to on their own.

Most VCs do not typically allow individual angels to participate in their deals unless they are high-net-worth or famous executives. It doesn’t make sense for a startup to take a number of small investment checks, because another line item on ownership structure can be more complex for taxes. Beehive lets these people invest as one entity and the later investment stage ideally lowers the risk level. “This gets more people involved in angel investing,” says Gunderson.

Angel investors are on the rise

Beehive is part of a renewed interest in angel investing in Utah. After the Great Recession in 2008, the number of active angel investors in Utah dropped significantly. And for a number of years, many Utah angel investors began putting their dollars into Utah seed funds like Kickstart Ventures, Album Ventures, and Peterson Ventures, which operate like venture capital funds but make earlier and smaller seed investments. They’re deemed less risky because the general partners and analysts at those firms do better due diligence than the average angel investor.

Along with Beehive, another angel group, Assure Syndicate, also launched in March. Like Beehive, Assure lets angels invest alongside institutional investors. It matches startup founders with ideal VCs and shares those deals with its network of 180 angels. Each of those angels can choose whether or not to invest in a deal and how much—whether it’s $5,000 or $100,000.

“There is a growing appetite for angel investing and growing interest from angels to invest alongside VCs,” says Landon Ainge, managing director of Assure.

Startup insiders say part of the attraction to angel investing is “flexing,” or the status and reputation one receives from being an angel and deciding which startups will fly. But Utah is also home to more people with deeper pockets. There’s been an influx of out-of-state people moving to Utah during the pandemic, which has driven up real estate prices and made it one of the fastest-growing states in the nation.

At least five angel investment groups now exist across the state—up from just one in 2000. The investors are younger, more tech-savvy, and flush with cash from a string of big exits from recent Utah IPOs or acquisitions. For a decade, the biggest deal in Utah had been the $1.8 billion acquisition of Omniture by Adobe a decade earlier, which led to the creation of many new millionaires and large gains for many investors.

Angel investors are ready to invest

Utah angels are putting more money into startups than they have in a decade. This year, in the midst of a pandemic, angel investors put $41.9 million into 37 startups as of December 1 of 2020—up slightly (five percent) from the year prior and almost double the amount and deals in 2010, according to PitchBook, which tracks investment deals.

Despite the buzz, angel investing is not for the risk-averse, and it’s not a guaranteed path to make returns. A 2015 study of 121 angel investors involved in 1,038 ventures reported only 20 percent of their deals were successful, according to research by Atkinson Graduate School of Management at Willamette University.  Even for experienced executives or founders, the risks are high. At least 21.5 percent of startups fail in the first year, 30 percent in year number two, half by year five, and almost three-quarters by the 10th year, according to Failory.com.

Angel investors’ ownership stakes are also diluted with each additional investment round, and investors typically must put up bigger chunks of cash to retain their ownership stake. But they often have an opportunity to cash out earlier if venture capital groups buy their stakes.

“Angel investing is a completely different skillset than entrepreneurship. That’s the mistake people make,” says John Richards, who took his company InfoSpace public in 1998 and then went onto become a Brigham Young University entrepreneurship professor and angel investor. Richards invested in 90 startups over 18 years, and he says he lost a lot of money the first year because he put too much into startups and didn’t do his due diligence. Even then, only about 10 percent of his investments, including Omniture have paid off.

Scott Paul has had similar losses. A serial entrepreneur, Paul began angel investing with his wife, Natalie, after selling his Salt Lake hardware company, ArmorActive in 2014. He says he bet on solo founders, friends’ businesses, and lifestyle companies in which he personally couldn’t offer any kind of expertise.

“I made mistakes on my first 10 investments,” he says. “I didn’t have any rules.”

Paul ultimately made a decision to only invest in companies that he could actually help with his own skills as a tech founder. He wanted to be in their Slack channels and be a sort of mentor to leaders. “I wanted to be smart money,” he says. “I feel like I’m part of it, and it satisfies the need to do every idea in my head and live vicariously.”

Angel investors are just getting started

But few people have that kind of time or skill to vet founders and develop a network for a steady deal flow. That’s where Beehive and Assure come in. They aim to make angel investing more accessible—and less risky—to Utah’s wealthy by taking on due diligence and bringing solid deals to investors. The Gunderson brothers believe there are plenty of people in Utah who meet the minimum accreditation requirements for investing, even if they’re not uber-wealthy, but they may simply be too busy or inexperienced to find and vet deals.

“It’s important that the newly wealthy do not have a sour experience with their first attempts at angel investing so we can keep a vibrant early-stage capital market going,” says Richards. “Beehive and Assure offer a cocooned environment for angel investors so they hone their skills at venture investing.”

That’s important because there’s a vibrant startup community in Utah that needs early cash. While running his Utah software development company Start Studio, Jordan Gunderson regularly came across ambitious entrepreneurs who needed help designing software to launch their businesses. But when they learned it would cost $15,000-$100,000 to build the software, it often ended the discussion—and the startup. “Without a rich uncle, they were out of luck,” says his brother, Luke.

This year, Beehive will raise a $15 million fund that will let investors put up $25,000 to $1 million and Beehive’s fund manager will invest that money in early-stage angel deals as a group. An investor’s name doesn’t appear on a term sheet but rather is listed as a limited partner (LP) in the Beehive fund. The firm, then, is compensated with a management fee and a carry, or a share of the profits of an investment paid.

“We want to change the amount of Utahns on the cap table and bring those returns back to the community and hopefully they can reinvest here,” says Luke Gunderson. “And we hope to add as much fuel to that fire as possible.”