In January 2015, Rashanda McCants and Devon Ramsay, former student-athletes at the University of North Carolina, sued their university for academic fraud and for not educating student-athletes to the level at which they were promised.

They claimed that their education was insubstantial, enrolling them in classes that were part of a “shadow curriculum” that required little to no work or were non-existent in order to elevate grades and provide schedules that would deem their athletes eligible to compete.

In seeking damages, the students wished to return to their university to take different classes and receive more substantial degrees to help them excel in the professional world once their athletic careers were over.

While most athletes have not sued their alma maters, many have experienced difficulties in getting their professional careers started as a result of a lack of preparation or support. After all, student-athletes spend long hours in rigorous training while balancing schoolwork, practice time, and facing intense scrutiny from fans.

Sometimes, those efforts result in the athlete going pro and taking things to the next level. Other times, it leaves students feeling exhausted and unsure where to go next. Thankfully, universities are making changes that may help student-athletes―whose athletic careers may not last forever―better adjust to life after sports.

For Steve Tate, when it came to playing football, it was the NFL draft or bust. He’d been a star player at the University of Utah and wanted to chase his dreams, so Tate was hopeful that his hard work would pay off and he would a late-round draft pick, or even in a camp for free agency, resulting in an NFL career.

However, when Tate wasn’t drafted, it was more than disappointment that set in. Everything in his life had led up to that moment and suddenly it was, “Now what?”

Young, married, and a new father, Tate felt enormous pressure to find a way to provide for his family with little-to-no work experience. As a student-athlete, there was no time for internships, on-the-job training, study abroad programs, or opportunities to build a resume. Selecting a major was difficult because certain classes were offered only during practice times.

“There’s always the conversation about how athletes should be grateful because of how much they’re given in regards to a free education,” Tate says, “but what isn’t seen is how much they sacrifice. They give up a normal college experience, critical life experience, that prepares them for the real world.”

Tate started his career working in pharmaceutical sales. He relied on his network and an old teammate referred him to his boss. He uprooted himself and his family to Oregon but found relying on his former success was not helping him get ahead. When opportunities come to you based on your name, he discovered that doesn’t work out when people do not know who you are.

“I found that nobody cared who you were outside of where you played. Many athletes stay where they’re at because this is where they made their name.”

Over time, Tate was able to establish himself within the financial sector where he is now a financial advisor with Inventa Advisors of Ameriprise Financial. For the last eight years, he has made this his career and often reflects on his time as an athlete to help him forge ahead when he faces professional challenges. But he wishes his education better prepared him for the working world, instead of only the athletic one.

Universities give different educations to athletes

While attending Brigham Young University, Jessica Eraso (née Hauser), ran cross country and track and field. She started running during high school and fell in love with the sport during her senior year. That year, her team took first in the 2006 Nike Team Nationals. This was her first time running at that level and she knew that she wanted to continue to do so in college.

During her sophomore year at BYU, the university announced it would be doing away with its undergraduate Social Work program. Eraso had been passionate about pursuing this major and was devastated when it was no longer an option.

While those already accepted into the program could receive a BSW, students like Eraso, who had been preparing to apply to the program, would be forced to declare a different major. BYU was still offering the program as a Master’s degree, but those admitted would need to complete two years of graduate studies in the program as opposed to one year had they received their BSW.

Eraso approached her counselors about pursuing an MFA degree instead, but learned that she would not be eligible to run at a collegiate level if she did so. According to NCAA rules, athletes “must choose a major that leads to a specific baccalaureate degree by the beginning of your third year of enrollment.”

Going into junior year, athletes “must have completed successfully at least 40 percent of the course requirements in your specific degree program.” This left Eraso behind in credits and unable to pursue a Master’s in fine arts if she still wanted to run for the university. She chose a different major and decided to continue running.

Unfortunately, later that year, she got injured and could no longer run.

Afterward, Eraso regretted having not chosen an MFA degree. Newly married with a baby on the way, Eraso decided to still get her Master’s degree. Juggling her studies and mom-life, she graduated with her Master’s in 2014 and was able to participate in an internship with Provo City, work for Google, and be part of a start-up, while starting her own business at night.

Though she values the time she spent as a student-athlete―“hard workouts put you in your own head, so learning to control your thoughts and shift perspective and paradigms that come with running and work-life is critical,” she says―she also wishes she was better prepared for a non-athletic career.

“Practice and travel take up so much of your time,” she says. Her advice to current student-athletes? “Make sure that you are giving yourself room to explore future professional careers and use the extra time you may have now during a pandemic to learn and expose yourself to as much as you can to your interests outside of sports.”

Universities require athletes to choose their sport over their education

When Keri Holland first attended the University of Utah on a ballet scholarship, it was required for her to declare ballet as her major. As a dancer, she knew that attending the University of Utah―ranked second in ballet at the time―was a great opportunity. However, at the time, there weren’t many options available to assist her as a student in setting up a career path post-undergraduate degree.

Holland felt that she had to make a sacrifice and put dance on hold until she knew what she would be doing after school. While family, friends, and instructors wanted her to pursue ballet, she knew it wasn’t something she could do forever. Ultimately she decided to give up her scholarship and transfer to BYU to study psychology.

She continued to dance at different levels after college―for the Utah Jazz, and in Los Angeles for the film and television industry―but she also wanted to establish a stable career. While dancing for the Utah Jazz, she worked full-time as a loan officer and within eight years became one of the top sales agents in new construction real estate.

“People want to have success right away, but don’t realize that it takes time and hard work,” she says of her dance career. “People romanticize it―the tedious work you put into everything 4-5 hours a day, 6 times a week―it was not glamorous! Training your muscles and your mind, becoming disciplined―I would do it all over again because it gave me the skills to transfer over into what I do now.”

Because of her education, Holland was able to be resourceful and get ahead. She relied on her networks and established relationships that would help her succeed. But she might not have had the ability to do so had she chosen her education over her sport. “Do you want to be the average student or the best student? Do you want to be an average athlete or the best athlete?” she says. “Use your brain to get ahead.”

The good news is that universities are listening to athletes. This year’s Student-Athlete Handbook for the University of Utah states: “The goal is to maintain each student-athlete’s athletics academic eligibility while they progress efficiently towards earning a college degree that prepares them to fulfill their career goals.”

Ashley Lear, the director of personal development and student services programs, says that in the last few years, there’s been a shift to make personal and professional development not just a priority for student-athletes, but it a comprehensive part of the program to help athletes remain on track and feel confident that they could be champions outside of sports too.

While not mandatory to participate in, the program does have requirements in order for students to get the most of their academic experience. As freshmen, they are enrolled in a college success course where they are encouraged to consider their interests and begin participating in university events focused on their professional development.

The programs have the full support of the administration and the coaching staff. Teams are able to select from a development “menu” offered through the Ute Cafe where they can participate in various workshops together covering a variety of topics such as using online platforms, building a network, and creating a resume.

Students create profiles on InXUtes, a platform that acts as a LinkedIn for student-athletes, where they can be aligned with mentors, upload resumes, and view job postings. They are also given opportunities to job shadow or join Zoom meetings to hear from local Salt Lake City employers that give virtual insight into their day-to-day jobs.

Gianna Colosiomo, director of player development for the University of Utah Utes Football, says that “the development piece has improved and has now become more robust.” In addition to launching the Ute Academy, Ute Athletics has launched Building U in response to the pandemic. “We recognized players had extra time and created opportunities to have speakers and a checklist for development that are beneficial for them to succeed long term.”

Upperclassmen complete the final course in the academy that focuses on the transition from sports to a professional career and how that may impact them psychologically. “We make sure to educate them on budgeting, taking care of their health, and the psychological effects of switching gears from sports to a full-time job,” says Lear.

The more that athletes hear about the programs and resources available, the more invested they become. As a whole, the department is focused on fulfilling the mission of preparing them for their career goals and making the University of Utah a place where athletes can feel just as supported in the academic life as they are in their respective sports.

“While we love seeing players go on to play in professional sports, helping players receive their first full-time job post-graduation is just as rewarding,” says Colosiomo. 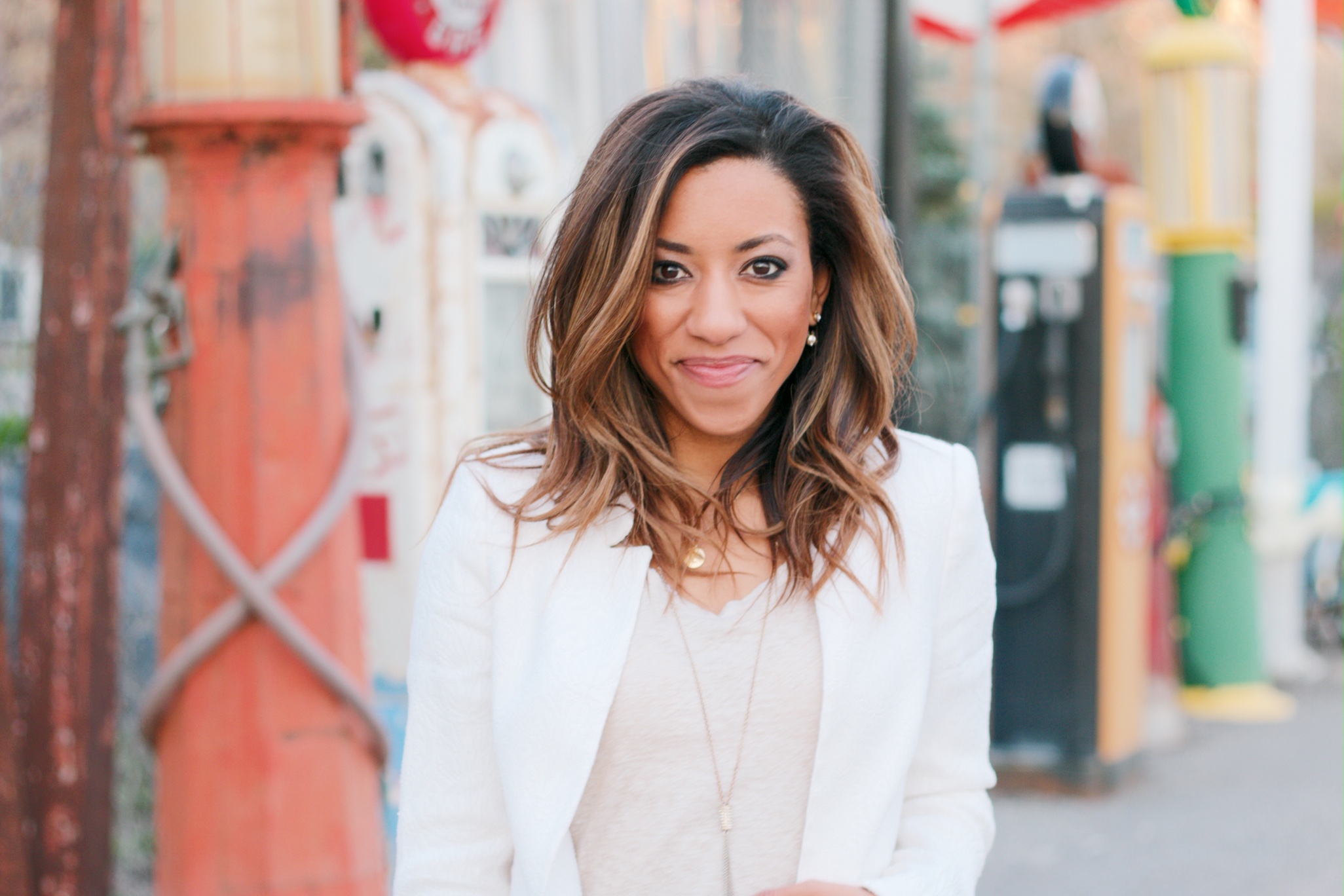 Liese is currently a Director within the financial sector and has lived in Utah for 12 years. She is originally from Orange County, California and moved to Utah to attend Brigham Young University. She is passionate about ethnic, religious, and gender inclusivity and has worked hard within education and professional spaces to carve spaces for those who should be represented.