A conversation with Utah’s industry leaders. 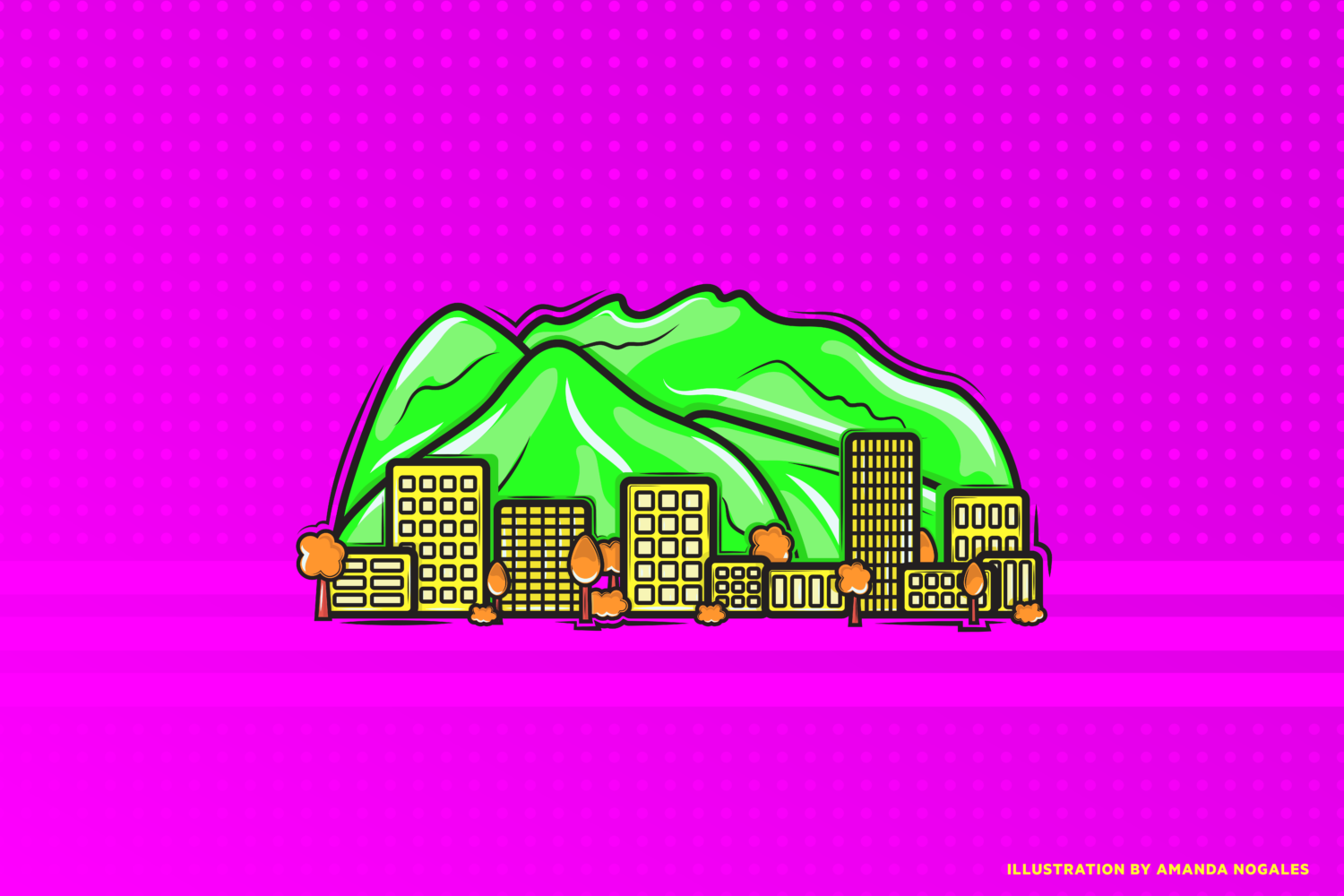 This month, Utah Business partnered with Dentons Durham Jones Pinegar to host a roundtable event featuring leaders from Utah’s top renewable energy companies. Moderated by Kim Frost, executive director of the Utah Clean Air Partnership (UCAIR), the group discussed challenges, opportunities, and how Utah is faring with renewables compared to other top renewable energy companies throughout the country. Here are a few highlights from the event.

When it comes to renewable energy in Utah, have things changed over the last year?

I don’t know that Utah’s renewable energy goals have changed, but technology has changed—and that’s facilitated the growth of [top renewable energy companies] in Utah’s energy mix. The cost of a solar panel has decreased by more than 60 percent. I don’t know that any of us around the table would talk hydrogen three or four years ago, but now, every one of us has had some influence on hydrogen.

In 2025, the Intermountain Power Project will switch from coal to a mixture of hydrogen and natural gas. In 2045, or perhaps sooner, they’ll move to 100 percent hydrogen. Utah and three other states—Wyoming, Colorado, and New Mexico—have signed a memorandum of understanding whereby that group would bid up to $8 billion in US Department of Energy funding for four regional hydrogen hubs.

I think the national coverage of drought conditions here in the West has increased public perception of the climate change issues that we’re facing in the state. I’m seeing a lot of businesses that are implementing net zero policies. What used to be a scary topic to discuss publicly is now becoming very commonplace. People are trying to do more to help with pollution in the state. I’m seeing more customers that are focused on renewable energy, not just for the sake of a payback period, but for what their impact is on the environment.

From what we’ve seen, it’s an economic force and not necessarily state policy. The Trust Lands Administration did not have a renewable energy program four or five years ago. We’ve seen such an uptick in renewable energy demands on our lands that enabled us—or required us—to develop processes, put leasing structures in place, and actually create my position to have someone manage renewable energy on our lands. Previously, that wasn’t being done in any organized fashion. That’s just one example of the demand we’ve seen, and that demand is growing exponentially.

What are the biggest challenges that we face?

Typically speaking, we don’t see the technological advances [of top renewable energy companies] in the utility industry that we do in finance or data security. It’s heartening to see more technology companies coming into the renewable energy space and the utility space and reducing those soft costs to making operational technology and informational technology cheaper, as well as opening up possibilities we didn’t consider before, like virtual power plants.

Personnel is also a major issue. One big risk to our national grid is the lack of a properly trained labor force. Having served in-house council, many of our engineers were foreigners. We could not find adequate staff here in the United States, so I definitely think training personnel from an earlier age is one thing the government or public-private partnerships could really help with.

We’re exploring ways we can help electrify and put renewables into a grid, even if it’s small microgrids, so you can actually have renewable energy projects helping the oil and gas industry. No matter what, even if we went to a 100 percent renewable and electrical grid, we all carry cell phones—you’re going to have an oil and gas industry. One of the areas we’re looking at is how renewable energy projects can help traditional energy.

I would say infrastructure is the biggest challenge. The first thing that has to happen is new guidance to allow for new technologies to be studied differently on how transmission systems are actually used. Once that happens, it’ll allow for new projects to get onto the system faster and be utilized at a higher level and percentage.

I agree that infrastructure is a big piece. You’ve got the US natural gas pipeline network, you’ve got the national grid, and getting into those takes a significant amount of time. We have a backlog and we are having trouble finding skilled people to do that work. Probably for the same reason, we have interconnection backlogs. We have gas line connection backlogs. There are just not enough people doing this right now.

Utah is blessed with a lot of mineral wealth, but the statistics on the components that would create battery storage are staggering. Lithium, nickel, copper, cobalt, and manganese are generally the five metals you’re going to need. But the demand for lithium in 2040 will be 42 times what it was in 2020, and it’s the same story for nickel. The great state of Utah has abundant supplies of copper, but the demand in 2040 will be 28 times what it was in 2020. There are challenges out there as far as mineral resources. And if you look at where those minerals are, they’re not always in the United States.

To me, the elephant in the room with hydrogen is the cost of hydrogen. What can be done to bring the cost of green hydrogen down to parity with diesel? Are there tax incentives? Are there environmental credits that could be used? In California, they have the Low Carbon Fuel Standard (LCFS) program, which has been very successful. Is there some type of program similar to that—a market-based program to bring the cost of hydrogen down? We can produce hydrogen; that’s not the problem. Hydrogen does not have a supply problem; it has a demand problem. Offtakers currently find it very expensive, and it doesn’t make sense for them to go from diesel to hydrogen.

How are Utah companies doing compared to other top renewable energy companies throughout the nation?

The bad thing about where we live is the bad air, but because of that, we have this unifying thing that people can see. Across the board, it brings everyone to the table. I love seeing what happens in the Bipartisan Clean Air Caucus. When you have folks who love nature like they do out here, they want to preserve it—it doesn’t matter where you are on the political spectrum.

Air quality is what Utahns care about. I’m not saying we don’t care about climate change, but when we talk climate change to Utahns, they think about air quality—specifically along the Wasatch Front. Having a direct link around how electric vehicles can help our air quality and how hydrogen can help our air quality with some specific goals would be really useful. Utah is not going to decline in population; it’s only going to grow and get more congested in this valley and up and down the Wasatch Front. Incentives to get people to switch over to non-combustion engines would be very important.

Because energy efficiency is tied somewhat to this conversation, I’ll just say that Utah building standards and requirements for new commercial buildings have been on par. Residential has historically not followed very closely with modern building energy requirements and code requirements, so that’s one place that we can improve. That has a direct relationship with carbon emissions.

Overall, Utah is in a really good position. I think we’re a leader. I think we are a net energy exporter. The major regulator for the electrical system in the western United States—actually in western North America—is here in Salt Lake City. Not California, not Portland; it’s here in Salt Lake City. You have a lot of decision-makers coming here, and they take those ideas back home.

What are the greatest opportunities our state has?

The University of Utah was awarded a $225 million grant to develop geothermal energy in Milford, Utah. It’s easy to fall in love with geothermal energy because the Earth’s mantle rocks are hot 24/7, 365—it is an energy that can be developed and has a lot of potential. Right now, they’re studying how to transfer the heat from those mantle rocks into a pipeline that has a fluid inside of it that can be pressurized. When it returns to the surface, that can be flashed to drive a generator. That, I believe, holds a lot of potential, and it differentiates itself from other renewable energies.

We have seen a huge amount of interest in geothermal. We currently have 20,000 acres across the state under trust lands that are leased in geothermal. This last year, I’ve seen the same applications of another additional 20,000 acres to basically double what our current geothermal base load is. That technology has advanced so much in the last couple of years that it is spurring a whole new level of geothermal energy projects across the state and interest all over the West.

One of the easiest ways to help decarbonize our society is by taking waste streams and turning them into energy. Renewable natural gas is a great example of that. Taking waste food and waste from agricultural facilities, waste that we generate in landfills, wastewater treatment plants—all of these things create methane. Rather than letting the methane that’s already happening or being produced be admitted into the atmosphere, we believe that if we can capture that methane, put it into the pipeline, and call it renewable natural gas, it displaces the need for fossil natural gas and is indeed cleaning up our air.

Hunt Electric is pursuing a lot of electric vehicle charging projects. Currently, we’ve discovered on quite a few of them that we may be the only bidder. I won’t complain, but it’s a sign that there’s an opportunity for other businesses to enter the market. I think there’s a tremendous growth opportunity for infrastructure due to the electric vehicle build-out. We are running into some stations that have upwards of one megawatt-worth of electrical draw through their chargers. Just for comparison here, I believe Rocky Mountain Power has something like a thousand commercial customers that have over a megawatt of consumption, so not a whole lot. But if we’re building stations that are consuming that much power, we need to have infrastructure capable of supplying the power for that, and that means build-out for infrastructure as well.

I would say that I am extremely proud and excited, both about the work that we’ve done and the work that is coming up. The fact is that Utah has been a pioneer state. We’ve set the standard. Infrastructure is here because of the Industrial Revolution when railroad tracks were built. We’re going into this revolution of changing technology and advancements and the incorporation of modern technologies that allow this transition to occur from an energy perspective. It’s really an exciting opportunity, and I look forward to the future as we continue to transition.