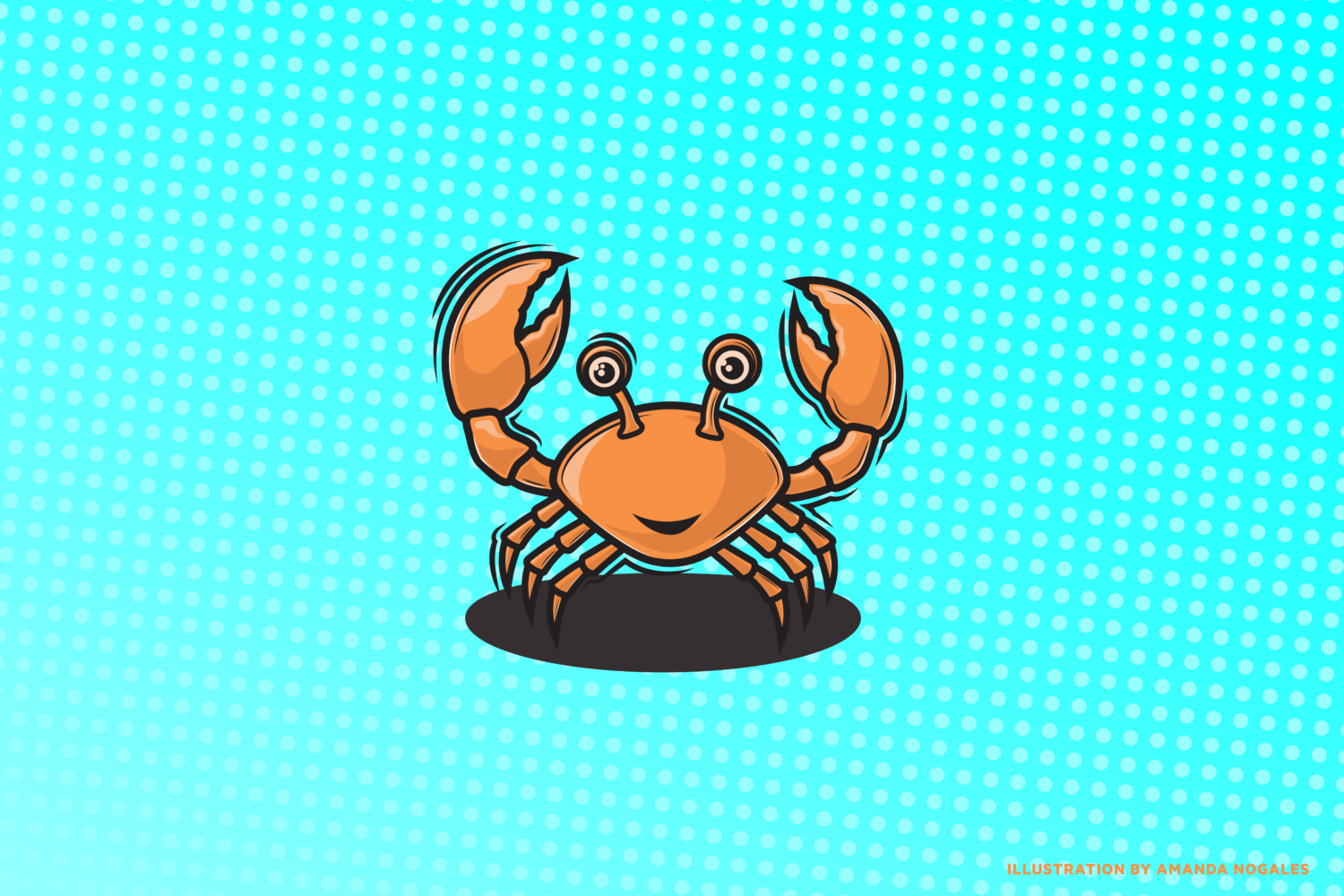 During the pandemic, a spaceship-like structure “landed” beside the Loveland Living Planet Aquarium in Draper. Easily seen from Interstate 15, many puzzled over what this weird Utah aquarium claw could be. Now, at long last, the answer to that question is revealed.

The 165-foot high, 200-ton structure has a name: the EECO Voyager—and she comes in peace, according to her handlers at the aquarium. EECO will take the young (and young-at-heart) places they never dreamed possible as they are transported into space via a new virtual reality experience.

EECO is scheduled to open in October with a 15-minute experience that entails virtual reality goggles, motion seats, and other effects. The experience will provide a 360-degree view of the rainforest or the coral reefs in the Philippines, according to Ari Robinson, designer of the project. EECO’s VR will show viewers a glorious glimpse of planet Earth from space before she zooms in to showcase the planet’s beauty.

EECO is the brainchild of Brent Andersen, CEO of the Living Planet, and this isn’t the first time he has dreamed big. When he was five years old, his grandmother’s gift of a Time-Life book on the sea opened an ache in his heart to learn more about the wonders he saw, and he vowed to become a marine biologist—which he did. “But not a businessman,” he points out, though business is the direction he would need to take to make his dreams come true. “Getting money to fund [the aquarium] was a never-ending challenge,” he says. “So many times, I just wanted to quit.”

Instead, Andersen made it his ultimate “business” to inspire other young minds like his with the desire to take care of a precious, beautiful, and fragile planet. “No matter where somebody is on the planet, or what’s happening, it’s affecting or being affected by somewhere else,” Andersen says. That’s what he wants visitors of the aquarium to make a part of them.

Despite Andersen’s so-called lack of business acumen, he was able to hold onto his vision of bringing the sea experience to his desert home, and thus, the aquarium was born. From humble beginnings in 2004, Andersen launched a fleet of vans that visited schools with marine life exhibits. Now, the aquarium has grown to include 17 acres, with the dream still unfolding.

Andersen says he originally wanted to be like Jacques Cousteau, a research vessel scientist who televised his experiences. The EECO Voyager will do one better: it will take each aquarium visitor who boards the vessel on their own adventure. They will experience it for themselves.

Robinson explains that the EECO Voyager was originally part of the largest traveling rock stage in the world, a prop for the rock band U2’s 360° Tour. By various mysterious means (which the aquarium wishes to remain unknown), the aquarium arranged to permanently host the stage, known to U2 as “The Claw,” after the band completed their world tour.

On 32 semi-trailer trucks, EECO came from where she was stored in Pennsylvania and was installed over the course of a year, opening in July 2020, Robinson says. Upon launching EECO, the aquarium began holding light shows in addition to other social gatherings on the plaza created below her expanse. These activities lent themselves to social distancing and were particularly appreciated during that time. They were also financially supportive to the aquarium, Robinson adds.

“As technology evolves, it provides new chances and new ways to challenge both ourselves and our team on what we can do and how we can harness that.”

Now, as visitors board below the belly of the giant Utah aquarium claw, they will be greeted by crew members and EECO’s daughter, Ava, a smaller version of EECO. A welcome video will prepare passengers for their “flight.”

According to Andersen, EECO was a dream underway when the Flamm Family Foundation stepped forward to help subsidize the project. Visitor’s exhibit fares and loans will also back up the new virtual reality experience.

Robinson says the team researched ahead of time, trying out various virtual reality experiences from malls to other museums. They tweaked their findings and pooled them to get the results they were looking for.

Andersen says he and Robinson worked tirelessly with storyboards to perfect the vision before issuing RFPs to hire the contractors. “He’s brilliant,” Andersen says of Robinson. Robinson, who has worked at the aquarium for 21 years since he was 15 years old, unabashedly calls Andersen “a true visionary.”

Doggett, who has been with the nonprofit for four and a half years, says the team aspect of creating EECO was incredible. The EECO structure itself, considered a piece of art, engenders that “moment of awe” when it’s first seen and contributes greatly to the entire virtual experience.

“As technology evolves, it provides new chances and new ways to challenge both ourselves and our team on what we can do and how we can harness that,” Doggett says. “But I also think that the community demands that integration because it’s fun and interesting.”

Not only is the spaceship structure of EECO drawing attention, but the virtual reality show is as well. According to Doggett, more museums and aquariums are considering bringing virtual reality to their patrons, but most only have a few seats. As far as she knows, the Living Planet is the only nonprofit aquarium with two 32-seat VR theaters.

The new virtual reality experience will impact millions of people and countless school children. According to Andersen, over 80,000 school children visit the aquarium per year, along with a million people annually who come primarily from Utah and the surrounding states.

The future is bright for EECO, Andersen says, and this isn’t the end of the vision whatsoever. He plans to create new experiences every year and a half or so. He even envisions other nonprofit organizations worldwide sharing their virtual reality experiences with each other, increasing the library of options.

In the future, Andersen envisions virtual rides that could include trips to space or trips inside human DNA. “Anything science related is possible with this virtual reality,” he says, “And that means we can keep expanding without having to physically acquire more land and physically build more buildings. We can do it digitally.”

Even though his dreams are expansive, Andersen says he is already reaping the rewards of his vision when he wanders through the aquarium. He listens for his favorite sound: “the sound of children who are excited about something.” 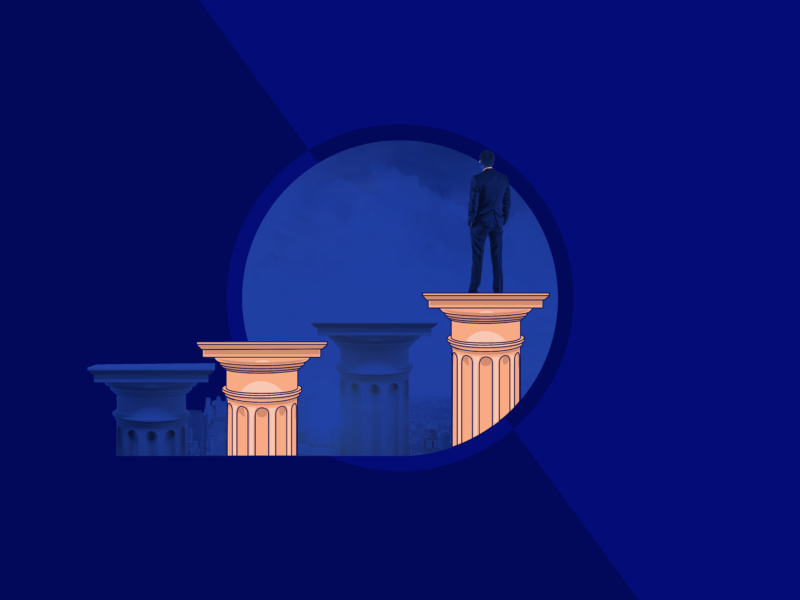