The classic car industry has been spurred on by TV shows like SLC’s “Bitchin’ Rides." 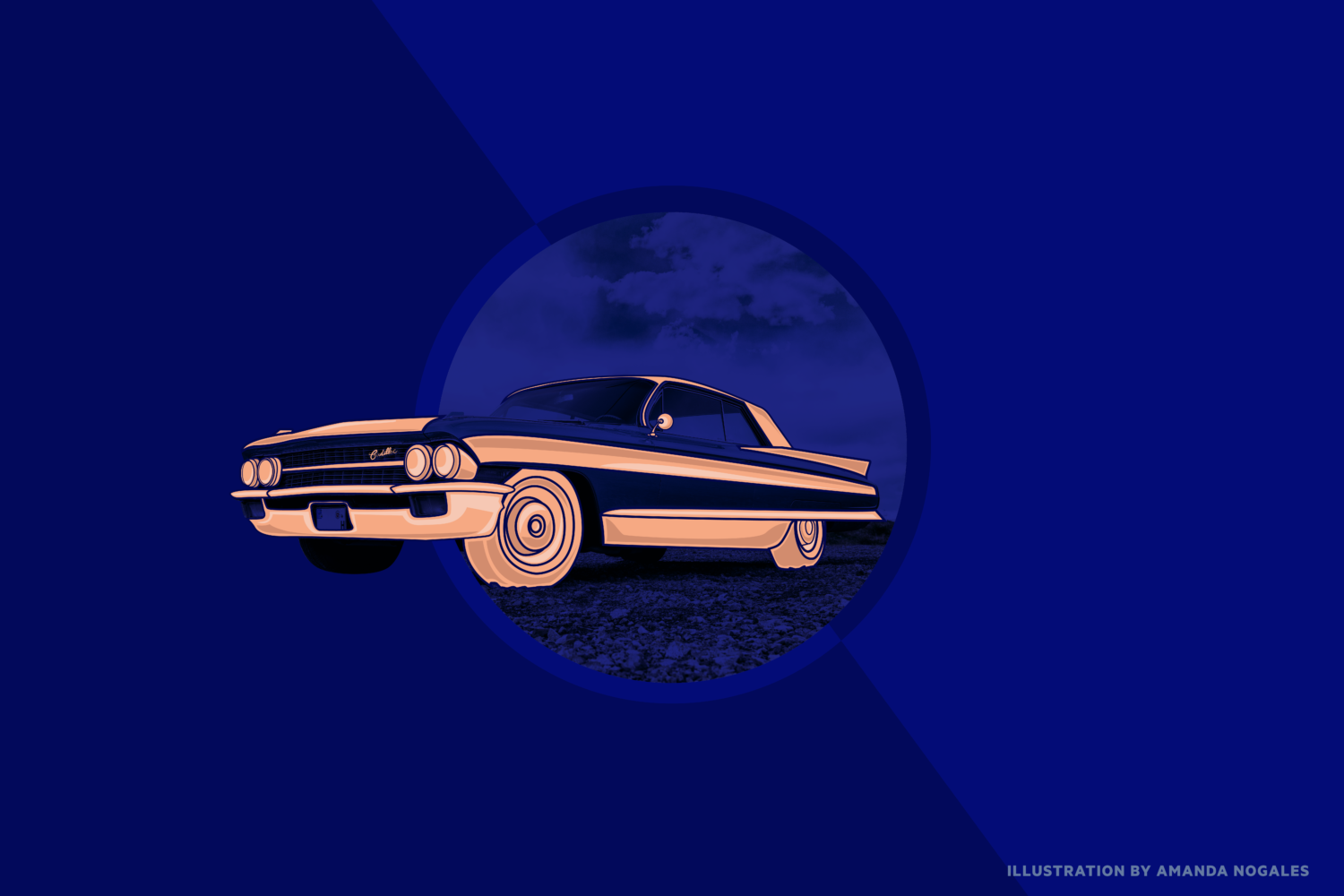 Everyone wants to drive a hot rod

After three decades in the classic car industry, Dave Atkin of Salt Lake City noticed a change in his customers: they started to have more specific ideas of what they wanted. As the owner of Red Line Restoration, a classic car restoration shop, he thought that might be attributable to the explosion of classic car shows on TV.

“I’ve been trying to get one of those TV shows,” Atkin says, though noting he can’t keep up with business already. “I’ve always thought they need to do a TV show with a small shop…we’d grow 1,000 miles an hour.”

Television shows like “Fast ‘n’ Loud,” “Iron Resurrection,” and Salt Lake City’s own “Bitchin’ Rides” have spurred a league of classic car industry hobbyists, giving them the tools to order confidently. BBC’s “Top Gear” had an audience of 350 million people worldwide when it first aired in 2002—a population the size of the entire United States.

During the pandemic, stuck-at-home members of the middle class nursed a nationwide interest in expensive, time-consuming hobbies like boats and classic cars. The car restoration industry grew, with online sales booming. One eight-day classic car auction in 2021 earned a record-setting $74 million. According to the New York Times, the classic car auction site Bring a Trailer saw its sales increase from $240 million in 2019 to $398 million during the pandemic.

The classic car industry has been growing steadily for years. In 2015, a grant was created to attract more workers into the industry to keep up with demand. The United Kingdom has similarly developed programs to attract young workers into the field and remedy the disparity between demand and available workers.

The problem is severe enough that most classic car restorers are turning down work and closing overflowing waiting lists. At the same time, Atkin says his customers are learning more about how to build their cars at home, partly fueled by an interest in TV shows. After some groundwork is laid, they’ll bring their cars to a professional.

In Utah, interest in classic cars is strong enough to keep local shops busy. There are six classic car restoration shops in the Salt Lake area alone. Nationally, about 9.4 million pre-1990 cars are on the road, according to one industry market research program from 2021.

“I’ve got two kinds of clients that call me,” Atkin says. “The ones that are getting into classic cars and don’t really know anything about it and the ones that know a little bit and want to know more.”

Like in most industries, pandemic-related supply chain issues have made it difficult for Atkin to find the parts he needs for his current orders. Currently, he’s waiting four months for some parts.

Car shows are enough of a reality TV staple that the MotorTrend network has a fleet of shows dedicated specifically to the topic of restoring old vehicles. The network, which is owned by the same company that airs Discovery, HGTV, and the Food Network, grew out of the magazine of the same name.

One of its most famous shows, “Bitchin’ Rides,” follows Salt Lake City area shop Kindig-it Design. Run by husband-and-wife team Dave and Charity Kindig, the shop has seen its show run for eight seasons as they field new clients from around the country, test out design ideas and reveal the ultimate makeover to the owners.

“Bitchin’ Rides” initially launched on Velocity TV. The show was Velocity’s highest-viewed television show during its run there.

“I've got two kinds of clients that call me. The ones that are getting into classic cars and don’t really know anything about it and the ones that know a little bit and want to know more.”

Kindig-it Design opened in 1999. Kindig was invited to be a guest on several Velocity programs before being offered his own show, which ultimately premiered in 2014. Now, the show airs in dozens of countries and has increased the shop’s renown enough that they no longer accept new orders.

For Atkin, “Bitchin’ Rides” and Kindig-it Design attract a different kind of customer than many hobby-focused shops. Dave previously told a reporter his jobs can be more than the “high six figures,” which can leave customers on the lower end of the market turning to other shops across Utah. Atkin says the Kindigs bring in high-end customers willing to spend hundreds of thousands of dollars on a project, while smaller shops like his might work on projects with locals from just Utah and nearby states.

One interesting development about those “regular” customers is their ability to take on projects themselves. A SEMA 2021 market research report found that 80 percent of customers are comfortable doing some work on their cars. A growing number of customers are learning to order parts online instead of going to a shop for start-to-finish service. The report also found that there’s been a massive increase in “restomodding”—a term to describe when old cars are refitted with more modern interior parts—allowing owners to build hybrid cars that mix tradition and modern comforts.

“Restomod is the force that is driving the market, so that has really blurred the lines between restoration and hot rod,” classic car parts salesman Tray Smith told SEMA.

“I hope to see the next generation of enthusiasts continuing to incorporate modern safety and performance components into the classics,” says Amy Fitzgerald, a classic car restorer. “That is where the market is going.”

A majority of classic car collectors have six-figure incomes, according to experts in the field.

But though price points are different between the kinds of customers different shops bring in, and even if the prestige of TV-famous shops brings in customers far from Utah, Atkin says there can still be considerable interest even at the lower end of the market.

“I’ve got 100 of my own customers and 100 more waiting,” Atkin says. “My phone calls haven’t gotten any slower. If I could afford to take everybody, I couldn’t get to all of it before I died.”