This month, Utah Business partnered with Holland & Hart and Big-D Construction to host a roundtable event featuring technology specialists to discuss the state of tech in Utah, tech talent, and trends in tech. Moderated by Sara Jones, COO at the Women Tech Council and CEO at InclusionPro, here are a few highlights from the event.

What is the state of the tech community in Utah?

I think Utah and the Silicon Slopes have this sense of community, which lots of tech scenes don’t have. I think together we’re collectively trying to solve problems from a state level, from a capital level, from an education level, and from a people level. I think that’s actually really unique to the ecosystem in Utah.

Silicon Slopes has done a great job in raising awareness of the Utah tech community. And, that has been a really positive thing. I think Utah has a lot to offer. We’ve seen some huge wins, particularly in the last couple of years. Our company has seen a lot more inbound interest from both coasts, or areas that are sort of similar in Utah. There’s a consistent theme that people are becoming more aware of what Utah has to offer. And I think that speaks well to not only the entrepreneurs that have created great businesses here, but it speaks well to those who evangelized in Utah.

How do you expect the next round of IPOs will impact the community?

I think there are two ways for those people to invest back in the community. The easy way to think about it is just money. I actually think the biggest challenge we still have here is a lack of depth of experience. We haven’t had that many generations of successful companies yet. And so, when it comes to hiring anybody like a director and above, it’s really hard. There aren’t that many of them and they’re usually locked up in another company. And so, I think for those folks, I would hope that they would go out and start new companies themselves with their wealth, even beyond just investing to help cultivate future generations here, because it’s actually really hard to import them. And so, we have to do better at opening our arms and welcoming people, but we also need to help build that next generation.

You have the Googles and the Facebooks, and there’s been this waterfall effect of them, the money that was made from them to starting new companies, or starting VC firms, and things like that. And I’m hoping that’s what happens [in Utah]  to create a more sustainable group. But, if there’s an IPO and there’s a handful of new millionaires, and they move, or they don’t do anything with it, it doesn’t really bring a lasting effect to the community.

What is the state of tech talent in Utah?

We can’t limit ourselves to hiring the best talent locally, I just don’t think there’s enough. So, there are things, I think, locally we can do, but there’s also the inclusive open arms approach that we have to vocally adopt to attract people in from out-of-state.

There’s a theme about engineering talent in particular and being able to contribute, but mainly being able to retain. I listen in on calls in our call centers sometimes and I asked one of the guys I was listening to what he did in his spare time. And he said, “I’m in school to be an engineer.” So, I hooked him up with our engineering department. If we could convert five internal people into someone we desperately need, it’s amazing what we can do. It’s taking the time and really understanding how to retain.

We have a short-term and a long-term problem, so you have to create a sustainable ecosystem. But we have the short-term gap on tech talent. I think it’s really interesting to think about how you help… Sometimes we spend time thinking about colleges, like girls in STEM, 40 percent of them quit in their junior or senior years because they don’t feel like they’re set up for success. Those guys are really close to market entrance.

That should be a really big focus, I think, collectively. But I am a really big fan too, of finding talent that has interest in tech inside your company. We’ve had two or three employees who kind of raised their hand and said, “Well, we want to go learn that.” And we gave them these opportunities to even start working in some JSON space, which led them to say, “I’m going to go take the coding camp.” And they have the aptitude. And they’re slower than our other developers, right? But they’re on this path.

Why is the tech business model slow to adopt apprenticeships?

I think part of it is just speed. I know that whenever I hire a new developer, I know that my engineering productivity is going to go down, because everybody has to get them familiar with the platform, with whatever our back end looks like. And so, there’s a productivity dip. And that’s a hard thing when you’re moving fast to want to do that.

Some of our best people are people that were hired five and six years ago. They came on just knowing how to do the job. But because there’s such competition in the space right now, that isn’t really a reality for people, for the salaries that we can afford to offer it. So, what we found is we’re having to go to some of the local schools and look for people that want to intern and then try to sell them on the idea of like, “Why do you want to work here?” And then, it’s almost kind of it’s that apprenticeship, train them to be what we need.

I always talk about engineering as craft. It’s a responsibility in a craft to pass that on. That’s something that as leaders we have to always be mindful, pay attention, watch for the people that have a skill that may not be well used and look and say, “There’s somebody who actually may have some breadth that we were just not aware of.”

What trends are happening in the tech industry?

One thing that I’ve seen just in the education space, is there are a lot of corporate education and big companies coming out and being funded, which I think is great. Because I think that all speaks to the desire to have retention and grow your own employees. When you think of millennials and they have a reputation of shifting companies every two years, that’s expensive. That’s expensive overhead. So, if you can invest a little bit in your own employees and grow them within your companies, that’s a great thing. I’m loving seeing that type of investment and development happening.

One big thing I see is remote work. Remote employees and developers get to that top level who are like, “I want to work remote.” So, I think remote working is also a trend that people would do well to embrace. We’re a fully remote team, and so it’s working well and I see that that’s a true growing trend.  I’m not saying brick and mortar is ever going to go away, but remote work is going to be more important every year.

I think one of the biggest trends that we’re seeing is that in every industry and in every vertical, there are more tech companies. Target has more than 600 engineers in Minnesota, solving their technology problems. Every time that we go sit down with their CIO, Mike, he has all of these technology investments, so much so that they have installed guest experience centers in Minneapolis that are all tech-driven. And if you want to name a technology from sensors and IoT to 5G, they’re doing that. And every large enterprise or every large company is doing that.

I don’t think so much of a tech trend, but it’s a trend that impacts technology, which is just a renewed focus on privacy. So, you have different governments enacting legislation requiring the treatment of personal data or private information about either consumers or people who work at enterprises. And I just think [the companies who] take the time to nail that, to get that right, are going to engender so much more trust and build a better brand. I mean, there are a lot of things people can do to build their rants, but people that nail the privacy by design at the outset are the ones that are going to be more successful. And, it doesn’t impact any other industry more than the tech industry.

What is Utah getting right when it comes to building technology companies?

I think local engagement. People who aren’t in tech or are immediately connected to the area I think are very excited. They think we’re second to Silicon Valley as far as tech goes and that’s very exciting.

Irrational exuberance. If I had really known how bad, how hard my company was going to be before I started it, I wouldn’t have started it. And I think if you look at more established tech centers like Silicon Valley, there’s just this sort of thought that like, “We can tackle anything if we get the right people around the table to think about it.”

Ecosystem momentum is what I would say. I was really sort of wowed a bit at the Silicon Slopes tech summit. They had something like 22,000 people registered. The importance of the momentum is that we can direct it in so many fantastic ways for innovation, plus for growth mindset and diversity and these things that we need that will help us drive the business effectively and serve customers in a way that we can delight them. And we have the momentum, I believe we have the growth mindset, so we can make amazing things happen out of Utah. 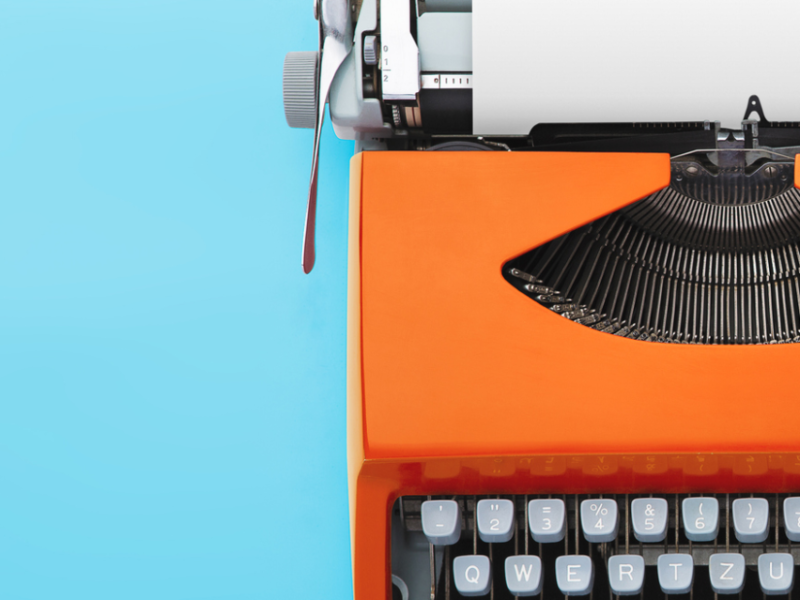 30 Years Of Technology: Where We Came From, Where We Need To Go

Cracking the Code: Are coding boot camps really the solution to the tech talent crunch?