How does your company plan to adapt to a remote work offering post-pandemic?

It’s going to be very interesting when companies decide to say everyone comes back. And there are going to be a number of companies that are going to adapt. I may never commute every day back to my downtown Salt Lake City office. Because I’m so much more effective [at home]. I don’t have little kids anymore. I can just get all this stuff done and not waste two hours on the road or whatever. And a lot of employees are experiencing that.

When companies decide, you know what? This was a good experience but we want everyone back. That’s where I think we’re going to see a lot of interesting discussions. And I think the one that’s going to, from my world, is working from home with reasonable accommodation. And that’s where it’s going to lead into, “Hey, I’ve been working from home for eight months now. It’s been fine. Why can’t I continue?”

I think what’s going to be really interesting when that conversation happens is when an individual comes and says, “Hey, I feel I’m more productive [at home] and work-life balance has got a new meaning now. I don’t want to spend two hours on the road.” And I mean, in Utah we have snow. So are we just going to see offices empty in winter and people just working from home because they don’t want to go out? I think that when the individual comes and says, “Hey, I know that this is a company mandate but personally, I don’t think that it’s best for me.”

We’ve communicated to our employees that those whose jobs don’t require that they work in our laboratories can plan on not needing to be back until June of 2021. So, that’s at least some certainty that we’ve given people. And there are companies, especially tech companies that are inching toward work in a hundred percent remote environment.

But right now, I mean, most of our positions will very much be based in Salt Lake. And I think that there will be a scenario where we need to think about how it looks logistically when we come back from the pandemic when we come back to the office. I will say that one of the considerations that we’re thinking about is inclusion. And employee experience is incredibly important to us.

It’s really interesting that you guys are talking about your physical space and in 2016, Overstock made a significant investment in a new campus. And we have the greenhouse and a medical clinic and a fitness center, a cafeteria. It’s this beautiful space. And at the time, we knew it was going to be an incredibly powerful tool for our recruiting efforts and retention as well. And suddenly, as we are living in this new world of people working remotely, we’ve realized that the power of our physical office space is not what it once was.

And so, we really now have to make Overstock a wonderful place to work because of the strong culture, the interesting work, the challenging problems that people are solving, the experiences that they’ll gain and their opportunity for growth rather than leaning on the fun atmosphere. We do think that there is still a lot of value in those interactions and those in-person meetings and hopefully, we’ll get there again in the future.

Are you considering anything as far as leasing your office space or looking at it as a revenue-generating option of charged venue space?

Something that Recursion did just prior to COVID hitting is we had moved from a location in Research Park to The Gateway. And we had a number of years still left on our lease at that space. And instead of letting that space go vacant, we decided that this would be a great opportunity for us to really build Utah’s biotech ecosystem.

And so, we spun out a biotech incubator called Altitude Lab that is now in our old space. It’s for founders to have a spot to create the next Recursion. And we kicked it off in the middle of the pandemic and already have a number of new emerging biotechs in that space. And we thought that maybe, given the pandemic, we would see not as much interest in that but we’re already proud to say that there’s been a lot of interest in that space.

What do you think is going to happen to the traditional two-week notice when employees choose to depart? Is there always going to be an expectation that somebody tells you two weeks ahead of time that they’re breaking up with you?

I think for a very long time, two-week notice has been irrelevant for all the reasons that you just listed. From an employee’s perspective, as soon as they have a new job lined up, if they’re voluntarily leaving, they’re mentally not there at all and you’ve got this new dynamic with everybody working from home. And I’m going to give my biased opinion that I think that they’re not going to be putting in eight hours at all for those last two weeks while they’re at home. I think they’re going to be focused on the new thing.

And one of the ways that it could change is if there is a project that needs to be finished, that’s kind of where this gig economy comes in. What if you say, “Hey. Great. Today can be your last day or tell me when your last day’s going to be, and to finish this project out, can we just pay you X amount to get it past the finish line?”

And we, as employers, need to do a better job of celebrating when people leave. We too often get so offended when somebody gives their notice and wants to leave and we think, “What have we done wrong?” Nothing. They just need a change. They need a new experience. They need new challenges. And so, I think that the company should say, “Congratulations. We’re thrilled for you,” and use that as a platform in your recruiting.

The way that we’ve been thinking about it, especially now, is extending that sense of caring beyond their service as an employee. We want them to feel as if they’re Recursion alumni. We want to keep the door open in most cases. And people giving two weeks to wrap up projects, to transition, kind of gives them that time to do that and it also helps them solidify those relationships that they have internally. And it also gives the company an opportunity to express gratitude for their contributions.

Something to consider is the need for proactive recruiting. I can tell you right now, on my team, I know the next person I want to hire for each role I have available. I think the big concern, and one of the reasons we really hold on to that two-week notice is because, “Oh, gosh. Who are we going to find? How long is that going to take? What are we going to do to wrap this up?” Where if we already have somebody we’ve interviewed, we’ve talked to compensation about, they know the team. It’s as simple as making a phone call and saying, “Hey. Today’s the day. We got a job. Are you still in?” It speeds up that time to hire. It saves a lot of revenue that way, and I think that that really helps mitigate some of the pain that we feel when it comes to somebody giving us notice.

I think the real issue and where this arises from is the fact that it’s kind of a one-sided, heavy-handed employer view, because how many of our employers are giving two weeks’ notice? We usually don’t, right? If we’ve got a problem, we go in, we make a hiring decision, we terminate. See you later. The reality is most employers don’t seem to give a lot of notice unless it’s a reduction in force.

And so, I think the younger generation, in particular, having viewed maybe their parents being let go or their parents having to leave without giving notice, it’s just not as ingrained. I think it’s a very generational thing and it’s slowly moving away on its own anyway.

What tools are you using to keep job candidates engaged with your companies or build your talent pipelines?

Though we have all sorts of tools to sort of keep candidates warm once they’re in our systems, we’re not going to the extent of, you know, inviting them to events. We, of course, have our systems that keep track of folks and if in the future they fit the skill set and the needs of an open requisition, we’ll certainly reach out.

I’d be interested in seeing and hearing how those programs are going and what the ROI is on them because it does sound like a significant investment. Although, I will say, recruiting is expensive and it’s really important that you hire the right talent because if and when you do, that goes a long way and pays for itself.

Recursion has for years hosted a Woman in Science and Technology quarterly event and just this month, we’ve hired two female scientists who have come to us from participation in these meet-ups. Like, we didn’t have any positions. We didn’t yet have an Analytical Chemistry Department, but now that we do, I mean, we knew exactly who to go to when we had a position open. We’ve been leveraging those types of long-game networking events and then we’ve also been utilizing data science and machine learning meet-ups to really cultivate long-game relationships so when those positions open up, we know exactly who to go to.

I see a world in which we no longer have talent acquisition teams. I can see a world where we’ve figured out through software where leaders are doing the hiring and there’s some software that we’re even seeing produced out of Utah that’s doing some of this proactive diving of passive talent. One of the tools that kind of comes to mind is Scout-IA and basically how it’s designed is, you create a position of something you may need … either it’s today or it’s in the future, and it scrubs the web. Not just a careers page, not just LinkedIn, the whole web and it looks for people that have those skills. And these people have not applied. They don’t even know that you or your company exists. And what will happen is weekly, these resumes are sent to the hiring manager, the person that eventually’s going to hire them.

I love that idea of building the pipeline and that’s something in the legal market, it’s extremely difficult. There are all these studies and all this stuff about how you build to create both gender diversity and just diversity in general in the legal community, particularly in the Intermountain West.

Back to the AI stuff you’re talking about, we’ve got to be very careful how we set those parameters because if those parameters are potentially discriminatory somehow, or produce a discriminatory result, that could end up bringing claims. I have a client that opened up operations in Minnesota and had to deal with situations like that because they were using ZipRecruiter to do some things for them, and the results appeared a little suspect and so, you know, we were challenged on the parameters. 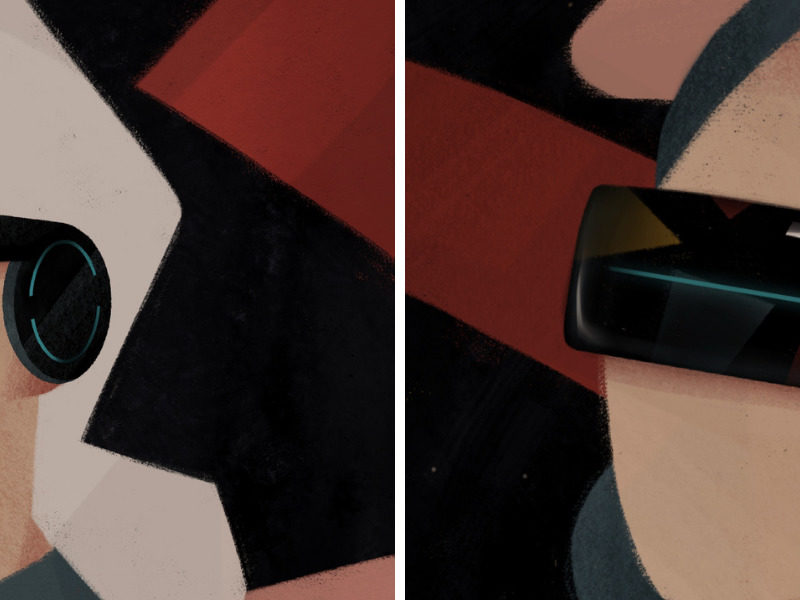