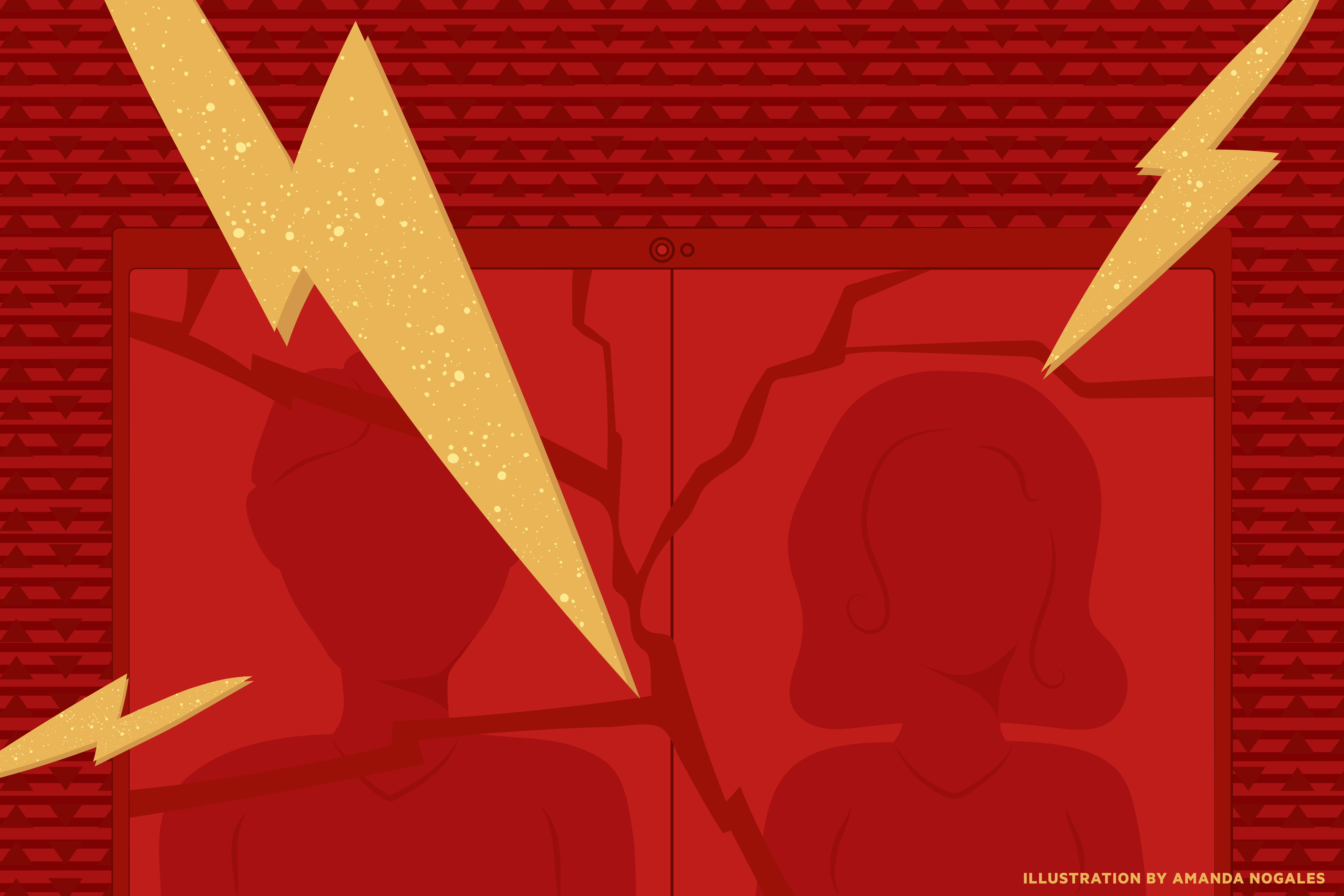 Zoom isn’t enough (why startup teams should be together)

When I first started at Kickstart, we dedicated one full day per week just to hear pitches. This equated to seeing more than 500 companies per year.

We had almost no filter―if you were starting a company, you could talk to us―because, at a minimum, we hoped to provide some useful feedback to make the meeting worth the entrepreneur’s time.

In my first week, we heard a pitch I found quite interesting. After the founder’s presentation, one of my partners asked a question that struck me as odd: “Is your leadership team co-located?” The founder responded that his two co-founders were in different cities, though they talked and collaborated frequently. In our debrief later that day, this same partner commented that the distributed founding team might rule out the startup for investment.

I was surprised by this. I had worked most of my career in large organizations with people spread throughout the country and world. In my experience, this was not only viable but desirable. Being close to customers, markets, and cultures where business took place was an asset to be cultivated. I tucked this thought away while continuing to learn the craft of venture investing at Kickstart.

As I worked with more and more companies, the reason for my partner’s concern became clear. As seed investors, we back companies at the earliest stages, where often only a few people are on the team and the journey of building a company is just beginning. A product (intentionally italicized) might be in nascent form with some early customer engagement, but the vast majority of learning about what really works over the long term is yet to occur.

Pivots (or material changes in the business) are incredibly common. Some successful VCs estimate that over 90 percent of companies go through some meaningful pivot after Series A, one stage later than Kickstart usually invests. By this time companies have already deployed a few million dollars and likely a few years building, testing, selling, and iterating in what can be a continuous cycle. What successful entrepreneurs actually build usually differs materially from what they think they will build at a start-up.

That can be one of the most reliable signs you are backing founders that will crush it: a finely tuned ear to signals coming from customers and a willingness to ditch your most treasured ideas in favor of what you are hearing.

So how does this relate to a co-located team? It’s simple: these signals can come with lightning speed and in great volume. With a consistently constrained budget and runway, the time to respond is short and room for error is small. Missing a few months and a few hundred thousand dollars can make the difference between another funding round or a shutdown. The team must internalize learning, create solutions, apply them, and then iterate in near real-time. Friction in a team’s ability to do so can be very costly.

Distance creates friction. The urgently called meeting with a whiteboard and copious amounts of Mountain Dew and pizza that goes until midnight doesn’t happen. Spontaneous discussion regarding a missed deadline happens over Slack without reading body language and stress and heightened emotions. The painful coaching discussion that might mean terminating someone in a critical position is rendered cold and impersonal over a phone call or Zoom. A full team huddle to formulate urgent responses to your biggest customer threatening to cancel can’t happen in person, so is rendered less effective. The list goes on and on. Distance creates friction, and friction kills responsiveness, speed, and critical collaboration.

Enter Covid. Companies worldwide, including dozens funded by Kickstart, scrambled to respond (or even stay alive). VC funds cautioned teams to take urgent action to extend runway. Who knows how long this might last and how much capital it may take to just stay in business? Live to fight another day. We’re right at the bottom of Maslow’s hierarchy with no prophetic insight to guide a response. And what did we learn? Most companies made it. A few (very few, actually) did not. Many, at times against all odds, accelerated through the pandemic to new heights of performance.

2020 was actually the best year in Kickstart history, and 2021 is trending even better. We certainly did not expect that 18 months ago. What’s crazy is that every single one of these successful companies had to make do with essentially no in-person interaction. Like zero. In retrospect, we can look back and say, “Of course! Zoom and G-Suite and Office 365 and Slack actually work really well.” Remote work is now mainstream, office leases are being canceled or downsized left and right, employees and even executives are now routinely hired from anywhere in the country or world with no expectation that they will ever move to work side-by-side with their colleagues.

So how do I reconcile my belief about the power of working together (literally) with this reality? To come to grips with this, I interviewed a couple of our CEOs. They’ve experienced this first hand, one by running a co-working company (Kiln) and another who’s run his company remotely from the very beginning (Color Factory). What I heard from them simultaneously confirmed my prior views and challenged them. Here are my updated beliefs.

Let’s begin with the caveats: There are times when being remote can work well if you take a few considerations into account. First, does geography matter to a particular role? For example, Leigh Radford, creative director and co-founder at Kiln, lives and works in London. London is the epicenter of design for co-working spaces, with more experimentation and density than any other city. Arguably Leigh is better at his job in London than he would be with the rest of the Kiln leadership team in Utah.

Second, to what degree is there a relationship between the CEO and another executive that works at a distance? Two people who have co-founded a company together or have a prior work history are far more likely to experience minimal friction from distance than those who haven’t. Leigh and Arian Lewis, the CEO of Kiln, worked together previously designing co-working environments at Barclays. Check—low risk.

Third, the more discrete and independent the leadership roles, the less risk of friction from not being co-located. For example, John Thomas is the COO of Color Factory. He’s responsible for ensuring the museums in New York and Houston (Chicago to come soon!) are staffed, well maintained, open on time, and otherwise deliver a phenomenal experience to guests. John doesn’t need to interact with the creative team, marketing, or even the CEO daily to do that job well. A regular cadence of virtual interactions with his peers and Jeff can get business done when needed. Supplemented with regular team get-togethers, John does a better job being close to where the action happens—on the ground with his front-line staff and customers.

All that said, if you’re a startup considering co-location, please seriously consider the following:

Distance does create friction. And friction creates cost. Collaboration software and tools have become incredibly powerful. But we are at the edge of what great software, higher-resolution webcams, and lightning-fast internet speeds can bring us and we still struggle to replicate real-life experiences and impressions that only come from appreciating firsthand nuance, context, and serendipity. No matter the future development of technology, I don’t believe this problem will ever go away. The costs of lost interpersonal collaboration, creativity, and human touch with remote work are real. They will always be there.

The earlier the stage, the more co-location matters. Stage is a proxy for maturity, and the least mature companies are most prone to risks posed by distance. During the chaos of finding product/market fit, companies critically need the immediacy of real-life interactions to gather and act on the insights required to get past a minimum viable product. As I’ve gone back and parsed through the experience of Kickstart-funded companies in their journey through Covid, it’s not surprising that those that maintained or increased momentum were generally post-Series A in funding. Graduating to later rounds typically comes with a settled and scalable initial product, actual revenues, sticky and engaged customers, and larger and more mature teams. Founders and other executives have had time to work and solve problems together. Relationships now exist and have the capacity to cool down friction.

Distance hinders culture-building. Cultures start to form at founding. Habits and norms, language, values, and ways of solving problems are established early and usually only evolve on the margin as a company grows. Words matter, but behavior matters a lot more. And behavior that matters tends to happen in person.

As a friend told me upon reading a draft of this article, “culture is built in continuity, and tested in change.” There is so much unavoidable chaos in a startup that any form of continuity is critical, while change is inevitable―even desirable. Healthy cultures are hard to establish and require intentionality. The converse is also true: unhealthy cultures are devilishly difficult to change. When they do change, they usually only do with new leadership. When we invest in companies, we invest in the leadership that is there, not the ones we assume can be hired later.

Startups come with all kinds of risks: product, technology, customer, execution, financing, to name just a few. And at the earliest stages, these risks co-exist and can compound. Compound risk means higher odds that your startup fails. Why add more risk with a dispersed leadership team? All things equal, when you can avoid it, you should.