How Utah’s Attempting To Solve Ski Traffic In The Canyons

We were winding our way up the canyon when the snake’s tail appeared. Just ahead, a long slithering succession of crimson lights warned us that we’d be here for a while. What should have been a 15-minute jaunt up Little Cottonwood turned into an interminable traffic jam, followed by 20 minutes of hunting for a sedan-sized sliver of parking space and a long walk across the asphalt to finally settle into the early alpine autumn of Snowbird’s Oktoberfest. Not at all the relaxing Sunday afternoon we’d hoped for.

It’s gettin’ crazy, y’all. Big and Little Cottonwood Canyons are a major attraction for locals and tourists―and contributors to the economy. But the traffic and parking issues are getting worse each year. It’s a problem that’s been begging a solution for a long time.

For anyone heading out for a winter’s day in the powder or a summer afternoon trail run, driving up Big and Little Cottonwood Canyons can sometimes feel like the sluggish commute along Southern California’s 405. There’s a reason―everyone with a passion for nature’s playground shares a single, narrow, winding road up each canyon.

The crawl up the canyons

Compounding that volume is how visitors get up the canyon. Ski Utah survey data included in a Mountain Accord 2015 publication indicates that 78 percent of visitors travel the two canyons in a private or rental vehicle, and only 7 percent access the canyons via public transit (Utah Transit Authority buses), with the rest taking other vehicles like shuttles.

The study also points out: “Many people choose to live in the Salt Lake City metropolitan area because of the easily accessible and abundant outdoor, year-round recreation opportunities (Utah State University 2015).”

With over 1.7 million people in Salt Lake and Utah Counties now, it is staggering to consider the potential congestion if the population grows as projected. According to the Kem C. Gardner Policy Institute, by 2050, Salt Lake County’s current population of 1.1 million is expected to rise 36 percent to over 1.5 million, and Utah County’s 600,000-plus will expand 108 percent, to nearly 1.3 million.

Part of that growth is expected to come from people moving into the state to take advantage of our strong economy. One of the biggest draws for new residents? Same as the rest of us: access to all the fun and respite in those big beautiful canyons.

Considering why companies are putting down roots here and/or recruiting outside talent to the area, Greg Summerhays, president and CEO of the South Valley Chamber, explains, “The recreation is a huge piece of it. People love the proximity to the mountains. We work hard here, but we also have a good work/life balance. So you have that opportunity to cruise up to the mountains, take a hike, go skiing in the morning, and go back to work in the afternoon. People love that―you can’t get that anywhere else.”

It’s not just locals and transplants that flock to the canyons, either. Less than an hour from a major international airport, Big and Little Cottonwood Canyons beckon a good portion of Utah’s tourists who have the resorts and trails on their itineraries. And bless ‘em, tourists tend to drop a lot of cash along the way.

In 2017 alone, Utah’s travel, recreation, and tourism industry generated approximately $12.3 billion in annual consumer spending, 110,000 jobs, $3.9 billion in wages and salaries, and $737 million in state and local tax revenue, according to the Outdoor Industry Association. The same year, the leisure and hospitality sector grew by 5.1 percent, which ranked as the second-highest growth sector in the state’s economy, according to the Utah Economic Council.

The winding road to a solution

So what’s being done about the mounting congestion in two of Utah’s most popular canyons? Answers to that question have been sought for several years by several different groups. A quick look at some of the history offers a glimpse into the complexity of the issues and organizations involved.

In 1972, the nonprofit Save Our Canyons was founded by skiers in response to Snowbird’s opening, who, at the time, “were concerned that the canyons could not handle the amount of visitation that the ski areas would drive here,” explains Carl Fisher, the executive director of Save Our Canyons.

That call for attention grew louder in 1989, with the development of the Wasatch Canyons Master Plan, created by Salt Lake County. The 175-page typewritten document is available online, outlining then-hopeful plans for Salt Lake’s canyons from Red Butte and Emigration to Big and Little Cottonwood.

About 16 transportation-related studies followed over the next several years until 2013, when local civic and transportation officials, ski resorts, environmental agencies, and others got together to develop another round of in-depth plans to sustain the Central Wasatch Mountain Region. Their two-year endeavor yielded the Mountain Accord, a comprehensive plan focused on the economy, transportation, recreation, and environment.

The Mountain Accord charter also called for the establishment of the Central Wasatch Commission (CWC), which officially launched in 2017 and was charged with coordinating key stakeholders in the Central Wasatch Mountains. One of the first items on CWC’s agenda was to coordinate the implementation of the initiatives outlined in the Mountain Accord.

In 2018, the Utah Department of Transportation also tasked CWC to join the organization as a co-lead on its Cottonwood Canyon Transportation Action Plan, which was primarily focused on studying tolling as a solution. “That was underway for several months, then UDOT decided to terminate that transportation plan and to fold the information into its Environmental Impact Statement,” explains Ralph Becker, former Salt Lake City Mayor and now executive director of the Central Wasatch Commission.

“We’ve gone from being a partner with UDOT to now being a participant as they call it, another stakeholder along with other interests in what the solutions will be.”

The Environmental Impact Statement he’s referring to is the large-scale, multi-year project the legislature commissioned UDOT to take on in 2018, effectively taking center stage in the effort to improve mobility in the canyon. The biggest concern some have with the study: it focuses singularly on Little Cottonwood Canyon.

When asked why the UDOT made the shift to demote CWC’s role in the effort, Becker offers: “They need to do what they think is best in trying to work through this Environmental Impact Statement. We want to work with them―the CWC has both a vital and intense interest in the transportation improvements and is helping provide solutions.”

Fisher is a little more vocal in his take on the state’s move away from the focus on the Mountain Accord and the Transportation Action Plan, saying, “UDOT killed the process with the Cottonwood Canyons Transportation Plan. It was looking at the system holistically, looking at not just the canyons themselves but the approaches to canyons.”

He continues, “When we’re doing things in these canyons, we need to be looking comprehensively, not just at Little Cottonwood Canyon that UDOT is focused on now. It’s a system, especially the way people are using these canyons. Whether you’re a hiker, biker, skier, you’re going to adjust your use based on what’s going on in a particular canyon. Some days I’ll climb in Big Cottonwood, some days Little Cottonwood. We now have multi-use passes in play. Resort skiers have the flexibility that every other recreational use has had for decades.”

Thomas goes on to explain that in addition to the EIS, UDOT is initiating additional studies that would address larger concerns. “We’re also conducting two technical analyses. The first is on improving both canyons as well as 94th South, and also evaluating UTA network service. The second technical analysis is a tolling study, analyzing tolling in both canyons. We’re doing quite a bit beyond Little Cottonwood Canyon.”

Fisher counters that UDOT’s scope will not be enough, “We need to do a comprehensive plan, I-80 into Park City, the tri-canyon area, Big and Little Cottonwood Canyons. We need to think through where we are going to park 15,000 cars at the mouth of the canyon. If we had a choice to spread some of those cars in park-and-ride lots around the valley that then could deliver people to the mouths of the canyons, that would be better. We need to figure out how everything is going to integrate into a broader transit grid.”

We’re not there yet

It looks like that’s not in the legislative cards for now, so we’re essentially in a holding pattern, waiting for UDOT’s EIS and technical analysis process.

That timeline is spelled out on the EIS website, showing the study’s phases include the initial and public scoping (which took place spring 2018 and 2019), the draft purpose and need and screening criteria (which took place fall 2019), and through 2020 the alternatives will be available for review and refinement, with the final EIS delivered in early 2021.

Thomas explains: “There are a lot of transit ideas, aerial systems, rail, bus alternatives. It’s a balance of concepts and ideas we’re really looking forward to developing and providing that strong data-driven approach to providing info as best we can. The EIS is more detailed in terms of concepts of improved transit. We show people where the gondola would go, where the train would go, how people would get on and off of those modes, how well they perform, what are some of the environmental impacts associated with that.

“By this summer,” he continues, “we’ll have that information available in open houses, as well as the website, emails, written comments. We’ll take those comments, refine those, and identify a preferred alternative. When that’s done we’ll have a 45-day public commentary, and we’ll address those comments and develop that final EIS in the spring of 2021.”

While this approach will be thorough, many organizations feel the need to do something now to mitigate immediate congestion. To that end, the CWC has partnered with Save Our Canyons and other organizations to increase bus service for the 2019-20 season. Beyond that, they will continue advocating for action, getting municipalities and community groups involved in the effort to improve congestion and environmental issues surrounding the canyons.

From UDOT to CWC, Save Our Canyons, and the other organizations involved, it is clear they hope to do this right. For those of living along the Wasatch Front, we hope they do, too. We have a responsibility and opportunity to weigh in, so take note: 2020 is the year to get involved, attend public meetings, and comment online. That way those Sunday afternoons are more likely to deliver the respite we all need. 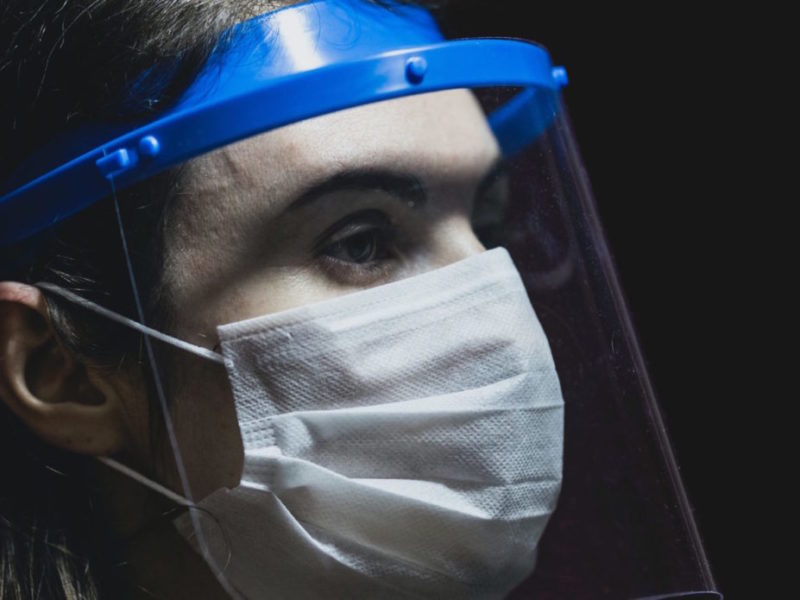 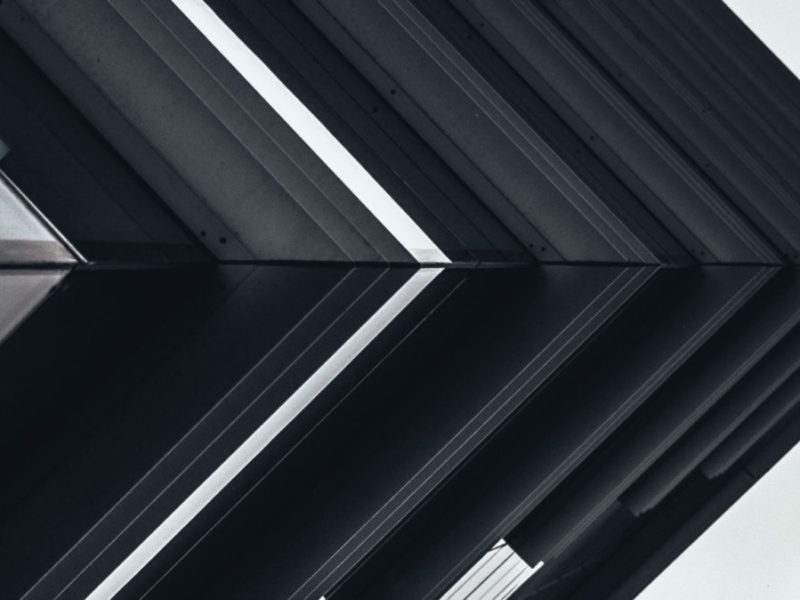 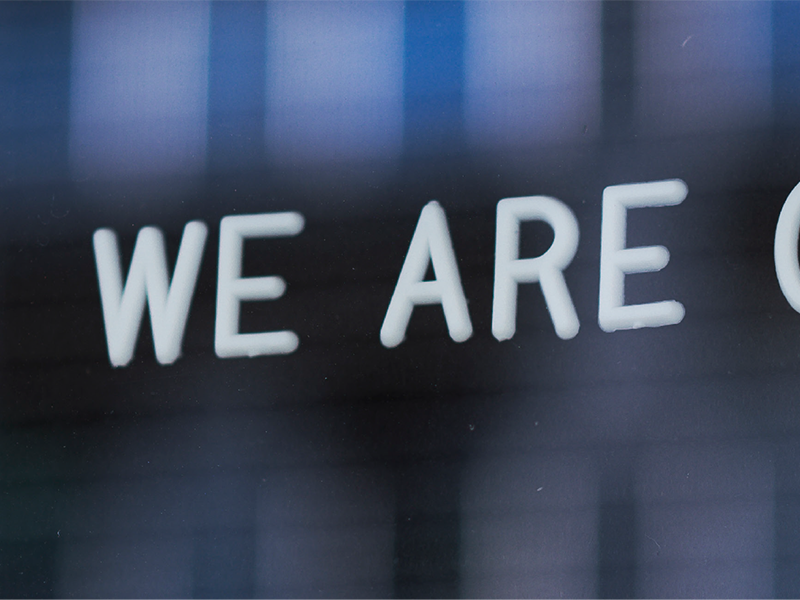