In the world of ecommerce, customers want two things: faster shipping times and cheaper prices. As companies compete along these two metrics, squeezed margins force new innovations in efficiency. “Your margin is my opportunity,” Jeff Bezos famously said, and Amazon has indeed pushed the envelope in developing a logistics model that sets the standard.

But the envelope can be pushed a lot further, and the so-called “last mile” represents a fat-cutting challenge with plenty of opportunity. The last mile is “the stage of shipping that gets the product to the consumer’s home,” explains Josh England, president of logistics at the company of C.R. England. Shipping involves multiple “legs” or segments, and the final one is the most expensive; efficiency factors such as economies of scale have dwindled, or disappeared altogether, by the time an item is en route to one’s doorstep.

Disruption—in any industry—occurs through one of two channels: better practices or better technology. In the race for last-mile efficiency gains, logistics companies innovate in both areas—and in the interplay between the two. Tech innovations can push old concepts even further, while also bringing in totally new paradigms.

Take route optimization, described by Brandon Harrison, C.R. England’s chief sales officer, as “the process of determining the most efficient way to move a shipment within a freight network.” Route optimization is nothing new: it involves balancing longstanding variables such as “length of haul, lane density, number of stops,” and more. But new technologies like cloud computing, big data, and artificial intelligence can help process the necessary data points needed to better-optimize routes.

Another old idea, load efficiency, involves “maximizing the usage of capacity, both in the form of cube and weight.” Mr. Harrison explains how the concept and practice of load efficiency “enables the industry to drive costs out of the supply chain” by making better use of “trucks, drivers, trailing equipment, and containers.” As with route optimization, new technologies allow better visibility into the complex factors affecting load efficiency.

Uber’s “Uber Freight” division launched its “Power Loop” concept earlier this year. Power Loop appears to be another incarnation of a longstanding solution to the problem of unloading times. Many freight companies already participate in “trailer pools” that “enable carriers to access preloaded trailers, cutting load time from hours to minutes.” Mr. England explains that “large carriers like C.R. England have long used trailer pools to help increase the efficiency of our trucks and drivers.”

The trailer pool idea is simple: a driver can drop a loaded trailer and drive off with an empty trailer. “The customer unloads the trailer after our driver has departed,” says Mr. England. “When there’s no trailer pool, the driver has to stay for a live unload”—unloading the trailer his/herself—“rather than immediately going to the next pickup.”

It’s easy to see the benefit of trailer pools. What is less clear is how Power Loop improves on the established trailer pool paradigm. According to Mr. England, Power Loop could be “problematic for carriers that don’t want to run exclusively for Uber.” Uber, however, has already established itself as a canny and unpredictable innovator; all that’s left is to see how Power Loop evolves.

Autonomous Vehicles Are On Their Way

Human wages add significant cost to transport, so it’s not surprising that folks are looking to autonomous vehicles to cut costs and increase efficiency. People make mistakes too, and eliminating human error could also make for a safer system.

While autonomous trucks seem futuristic, they are already with us to a large degree. Mr. Harrison describes how “we currently have trucks deployed in our fleet with partial autonomous features.” These include collision mitigation systems which help prevent “specific types of accidents” such as “rear-end and sideswipe incidents.”

However, Mr. Harrison expects it to take years, if not decades for delivery trucks with fully autonomous capabilities to hit the roads. Mr. England concurs. “Some prototypes are being tested,” he says, before adding that “a top executive at one of the large truck manufacturers told me it won’t be in my working lifetime that [fully] autonomous trucks are ubiquitous.” Mr. England and Mr. Harrison both cite issues of liability, safety, and regulatory risk. Still, Mr. England acknowledges that “others are more bullish, so maybe it will happen sooner.”

For example, the IoT/cloud computing/machine learning trifecta will allow trucking companies to know what’s occurring to their fleets in real time. As sensors become cheaper and proliferate across trucks and their surroundings, these sensors will gather tremendous amounts of environmental data and “fleets will have insights into asset condition at a much more granular level.” Meanwhile, cloud computing “will enable the collection and storage” of the data collected by the sensors, and machine learning will suss out patterns and connections that can inform better operational decisions.

Blockchain,  another much-discussed trend, which Mr. Farr says often “feels like a solution looking for a problem,” though “real use cases are beginning to emerge that may have a significant impact on the industry.” He cites “smart contracts”—blockchain-based software that executes predetermined transactions when specific conditions are met—as having the potential “for significantly optimizing and improving the interactions between shippers, brokers, and carriers.”

Also, Mr. Farr acknowledges, blockchain may have a valid use in “high-value and high-sensitivity freight” where independent validation of “chain of custody and freight condition is important.” To date, however, no existing software vendor with a blockchain offering “seems to have significant momentum yet.”

The world is increasingly shifting away from in-store shopping to ecommerce, which equates to more last miles for logistics companies to fulfill. The combination of known (physical matter lugged from A to B) and unknown (new tech, unknown regulatory landscape unfolding, etc.) factors brings a unique set of challenges/opportunities for the transport of goods. If one thing is for sure, it’s going to be an interesting ride.

Real Estate Strategies For Every Phase of Growth 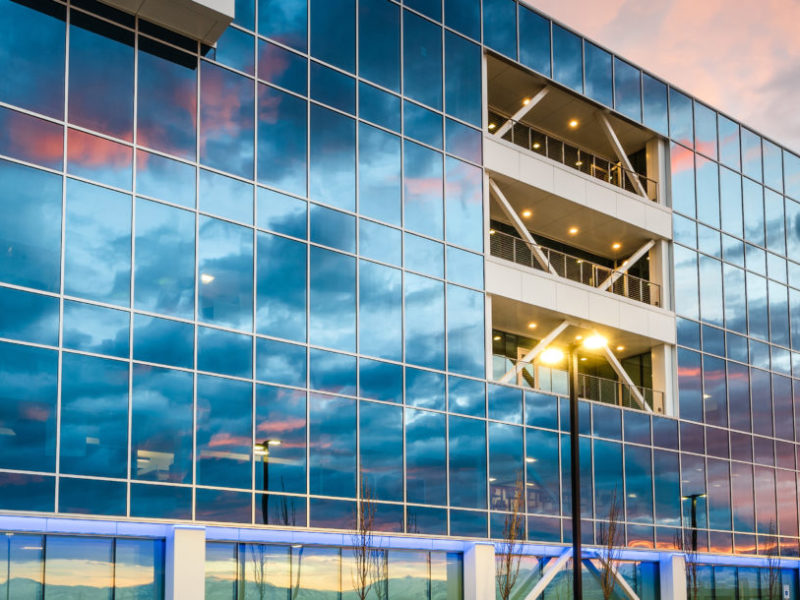 Utah Is Going Through A Building Boom