The Case For Custom

I recently took several of my shoes to the shoe repair, only to discover that it would be closing in a few months time. The Salt Lake City Housing Authority had purchased the building, and many others nearby, and the shopkeeper could no longer afford to move to a new location. As a result, he decided to close up shop.

There are only two shoe repair shops in Salt Lake City, and one is a customer favorite. That one being Steve’s Shoe Repair, the one that will be closing up soon. To lose this staple is a loss to our community, even more so in an era that is seeing the disintegration of some of our country’s oldest professions.

But what need is there for the shoe repair, you might wonder? Isn’t it a dying industry? Well yes, that’s true. According to a HuffPost article entitled “The Changing Footprint of the Shoe Repair Industry,” in 1968, there were 68,000 shoe repair shops open across the country. By 2011 there were less than 7,000.

The Cost Of New Clothing

But I believe it’s worth noting why the industry has seen a decline. And that’s because, over the last two generations, consumers have adopted a more consumerist approach to shopping. In other words: why repair a pair of old shoes, when you can purchase a new pair? Why replace the zipper on a pair of trousers, when you can replace the whole trousers?

And those very thoughts have led to an entirely new industry. One in which trends are chasable, clothing is replaceable, and furniture is leasable. We went from owning a custom pair of leather shoes to owning a closet full of pleather ones. We went from having two outfits in our closets to hundreds of them. We went from buying our cell-phones, to renting them so we could swap them out each year for the latest model.

In short, everything has become replaceable. A stand-in until something better comes along. We buy things only to buy newer things the next year. And as a result of our endless pursuit of things, we no longer purchase things that last, and we no longer need the industries that help our things last. And is that really a good thing?

Personally, I don’t believe so. According to an article by Scientific American, an American will “consume 53 times more more goods and services than someone from China,” will “drain as many resources as 35 natives of India,” and will “create 13 times as much ecological damage over the course of his or her lifetime than a child born in Brazil.”

The Benefits Of Buying Custom

Though I completely understand the lure of novelty (really, I used to be a legitimate shopaholic) I have since reformed my ways to discover the joys of the timeless, quality item. The things that will remain mine for ten, twenty, and even fifty years to come and thus may require the help of a shoe repair, seamstress, or haberdasher to keep them functional.

Eduardo Xavier Ferreira, a custom tailor in Salt Lake City agrees. He told me he bought his first suit when he was eleven years old. “It was tailor-made, a true bespoke suit. I had to go to the tailor three or four times to get that suit. It was an investment, a lifestyle, a tradition.” he says. Growing up in Portugal, his mother was a seamstress. In Portugal, clothing was custom, style individual.

When he speaks about fashion you can tell he’s nostalgic for that past life. “I like the tradition of tailoring. If you go back 50 years, old men looked like they were all dapper. They knew what they were doing. Then men stopped buying suits from tailors and started buying suits from China instead. Everything is mass production, one size fits all. Our parents only had black, blue, and grey suits.”

But he says there’s been a shift in the last five and even ten years. With social media, he says, men have started to see other men wearing more custom, tailored attire. There’s a growing desire to wear something unique, not just something every man could find on the rack. And to share that style on social media. So, after a stint in Australia, he followed his heart to Salt Lake City where he opened Ferreira European Custom Tailor.

Diana Antii Hughes, founder of D’Antii Tailoring, agrees. She says that a lot of seamstresses subsist off the wedding industry these days. But recently, there has been a resurgence in the desire for custom, or at least customized pieces. “There are quite a few people who will go abroad and purchase fabrics that they like in India or Istanbul and then bring them back―nice silks and things like that―and they do want to have something made for them. So there’s a demand for that.”

Apart from custom creations, Ms. Antii Hughes says there’s an even larger demand for customization, and this makes up approximately 60 percent of her tailoring business. Customization, she says, is when an individual shops with the tailor in mind. They might find a couture or designer piece, for instance, on sale but in the wrong size. The individual can remedy this discrepancy by getting the piece tailored down to the desired size.

And what if shoes were purchased with longevity in mind? I have a pair of red velvet heels that I purchased in Paris in 2006. They still look brand new, thanks to the help of shoe repair shops that have replaced the heel, then the toe, then the entire sole of the shoe over the years. It took me a while to realize that every shoe could be treated with the same sort of reverence. For $15-$20, a beautiful pair of shoes can stay that way for years to come. Isn’t that more economical, say, than purchasing a new pair every year?

Apart from the sustainability value, there’s another value: that of owning something truly unique. And that’s worth keeping the shoe repair in business to me. 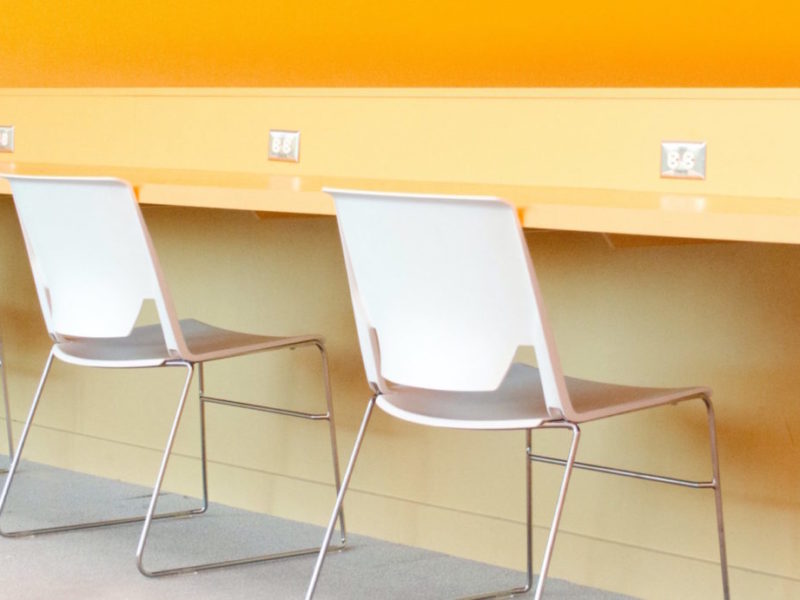 His father was a janitor, now he owns one of the largest janitorial services in Utah