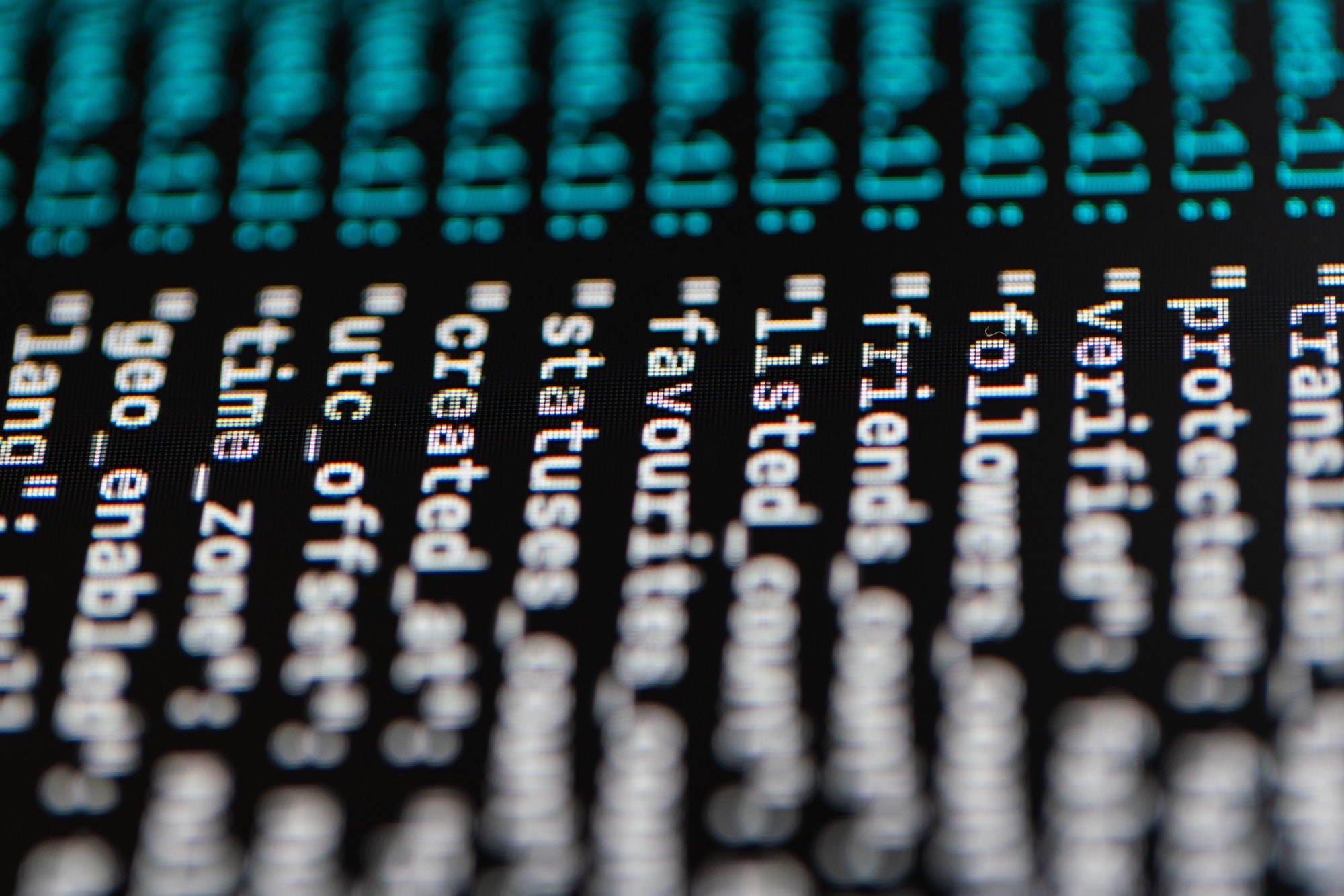 The road to 10G is paved with reliability—a theme that Comcast’s chief network officer Elad Nafshi honed in on during a roundtable discussion in Salt Lake City on Tuesday.

It was a big day for Utah’s leading internet provider. Comcast has spent the past five years building the roadmap for creating a 10G modem that will deliver multigigabit speeds to tens of millions of customers. Earlier this year, Comcast announced plans to begin launching deployment of their multigigabit services, which is forecasted to be delivered to businesses and customers around the nation by 2025.

On Tuesday, Salt Lake City officially became the first location for Comcast and Xfinity customers to access the company’s multigigabit tier and fastest upload speeds in the country. With 2 gigabytes per second (Gbps) of download speed and upload speeds up to 10 times faster, it’s a giant step toward 10G.

“We wanted to really bring the latest and greatest technology through a network that is offering reliability like no other,” explains Nafshi. “It’s one that scales infinitely and provides the fastest loading times along with all of the services that our customers continue to rely on.”

Getting to 10G means standing on the precipice of cutting edge innovation. And as a leading provider for internet services, Comcast is up for the challenge. Five years in the making, the company is celebrating the construction and launch of an architecture that is standardized, scalable, and bandwidth expandable.

It’s a technology that delivers on that reliability promise—while creating a smaller carbon footprint along the way—and it begins with what can be considered the brain of fiber technology: the headend.

In Salt Lake City, Comcast’s master headend houses digital transmitters that create and manage broadband data used inside a console for approximately 600,000 devices. Each feeds between 10,000 and 15,000 devices. There are a lot of cabling connections to a digital transmitter required to create and manage the broadband data consumers use. Enter Distributed Access Architecture, or DAA.

Pre-DAA, digital transmitters connected to bulky cables feeding fiber to around 16 nodes—those containers that customers get installed by technicians to serve as a connection point among devices and both send and receive data. Comcast delivers 700 miles of fiber in Salt Lake City and nearly 5,000 miles throughout the entire state of Utah.

David Krook, Comcast’s senior director west division headend engineering, says that the new world of fiber delivery is DAA. In this world, digital transmitters are about the size of a pair of fingernail clippers and are consolidated so that each one feeds about 48 nodes, which individually feed about 21-33 devices per home. And the cables are much, much smaller.

“Instead of using all that cabling, we’re using fiber to go out to the devices,” Krook says.

Comcast goes one step further by building housing containers known as racks for the new transmitters. In the new world of DAA, the racks, once black, are white—and take up much less space. “[White racks] create ambient light so we don’t have to use as much lighting. So in that spirit of being efficient—in going green—we’re trying to reduce our carbon footprint,” Krook says.

And the physical footprint of the headend is also significantly reduced. “In [one rack], we’re feeding roughly 526 node areas or neighborhoods that would take about five racks worth of space in our other architecture,” Krook says.

“Everything we do relies on the headend,” adds Nafshi. “The platform itself was architected and built for sustainability from the ground up, and now we’re able to reduce the overall power consumption required to deliver the capacity by 50 percent by the year 2030. This is not just the bleeding edge of technology. This is how we become more responsible citizens in the process of [creating that technology].”

More than 100,000 Salt Lake homes and businesses access Xfinity and Comcast for their broadband speed. Nafshi says that, when combined with Comcast Octave, the AI-powered platform deployed in 2020 to allow real-time connectivity monitoring, the new multigigabit tiers will be a game-changer for Utah businesses, individual customers, and low-income community members for whom Comcast has partnered with several nonprofits to provide digital literacy, connectivity, and equipment.

“It will enable them to grow infinitely,” he says. “It gives us the ability to provide capacity speeds and latency like never before to more customers than ever before—and make that completely seamless. As businesses continue to grow, as needs continue to evolve, the network will always be there, and it will always enable them to enable us to service them with reliability like never before.” 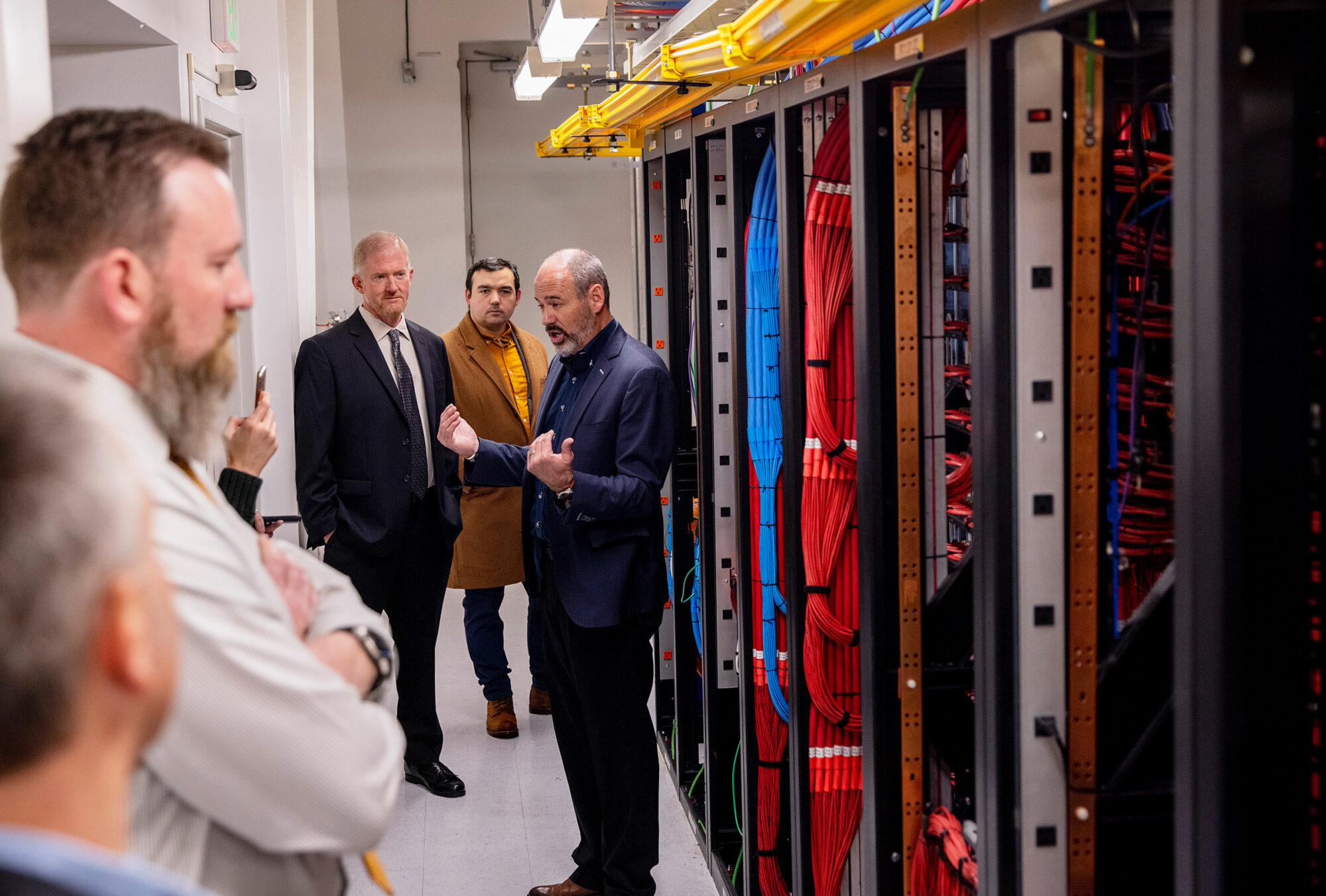 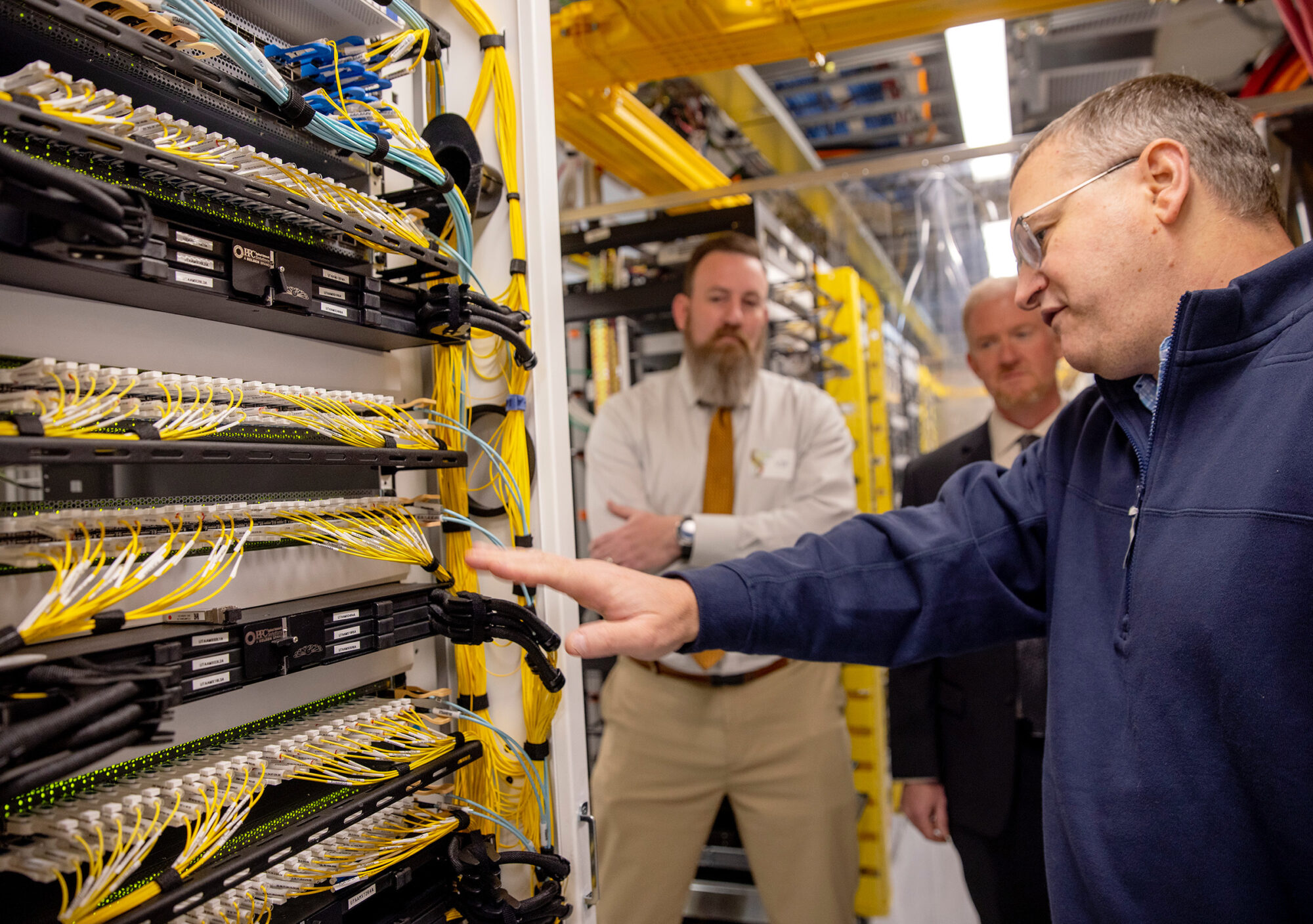 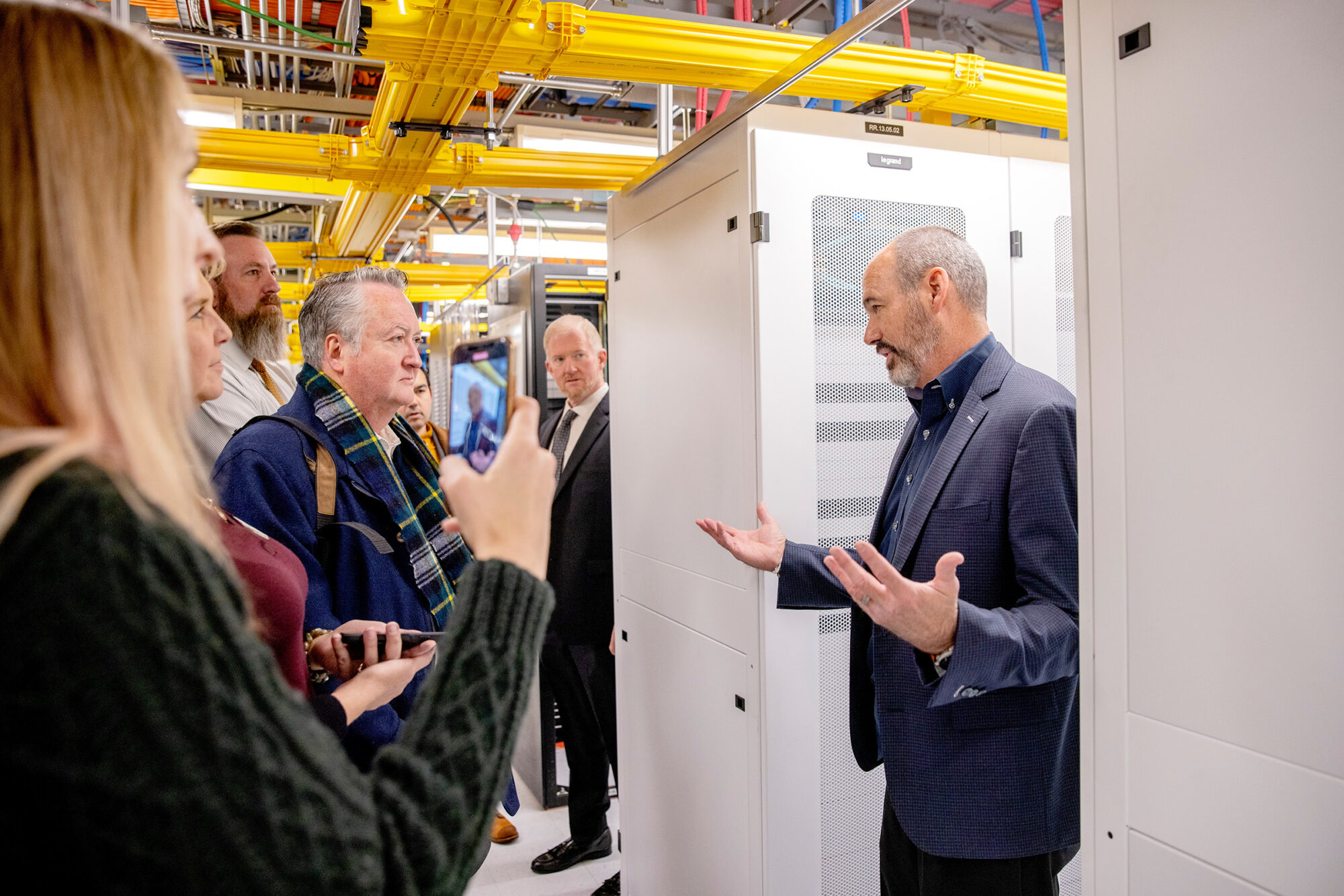 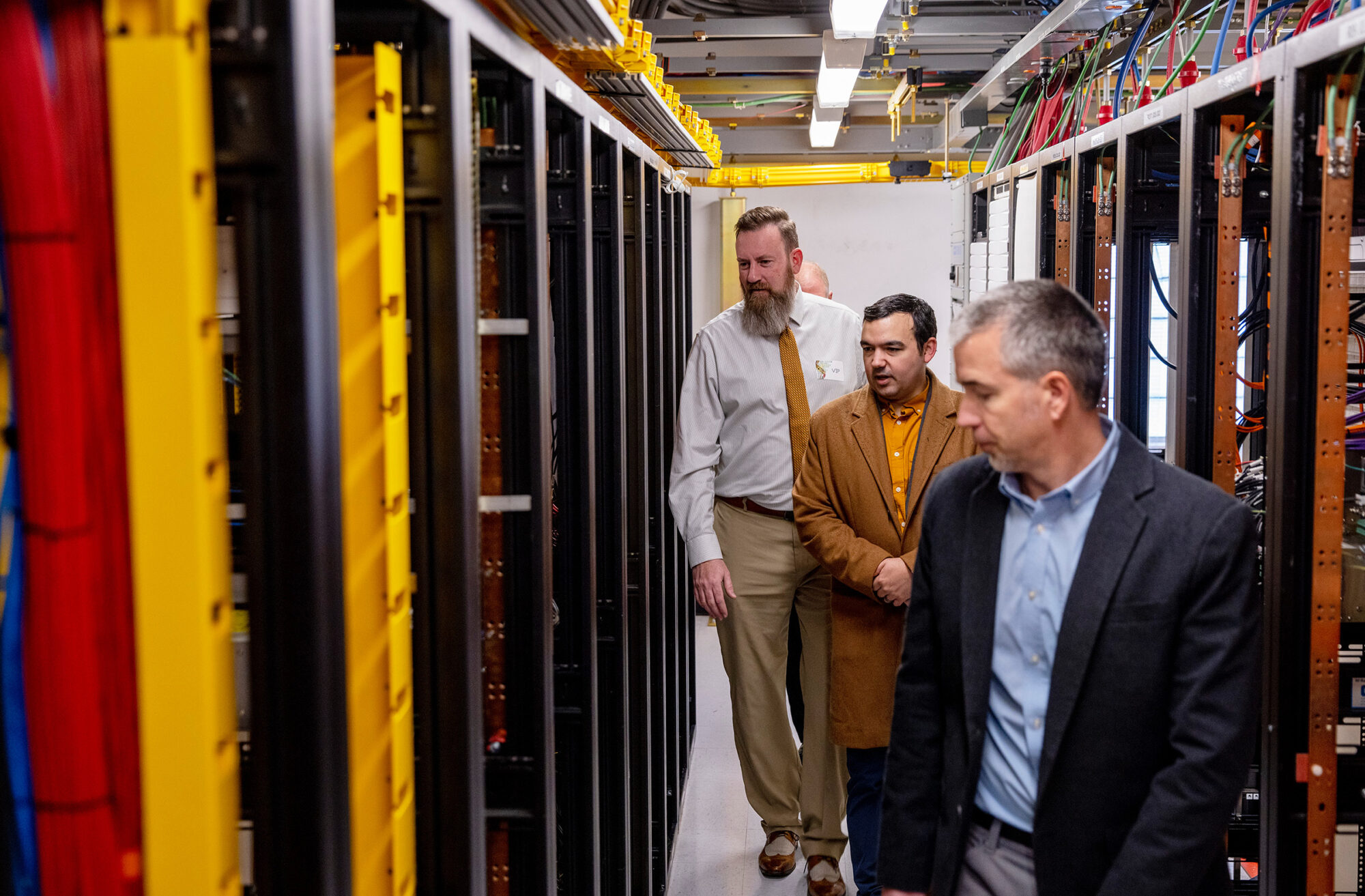