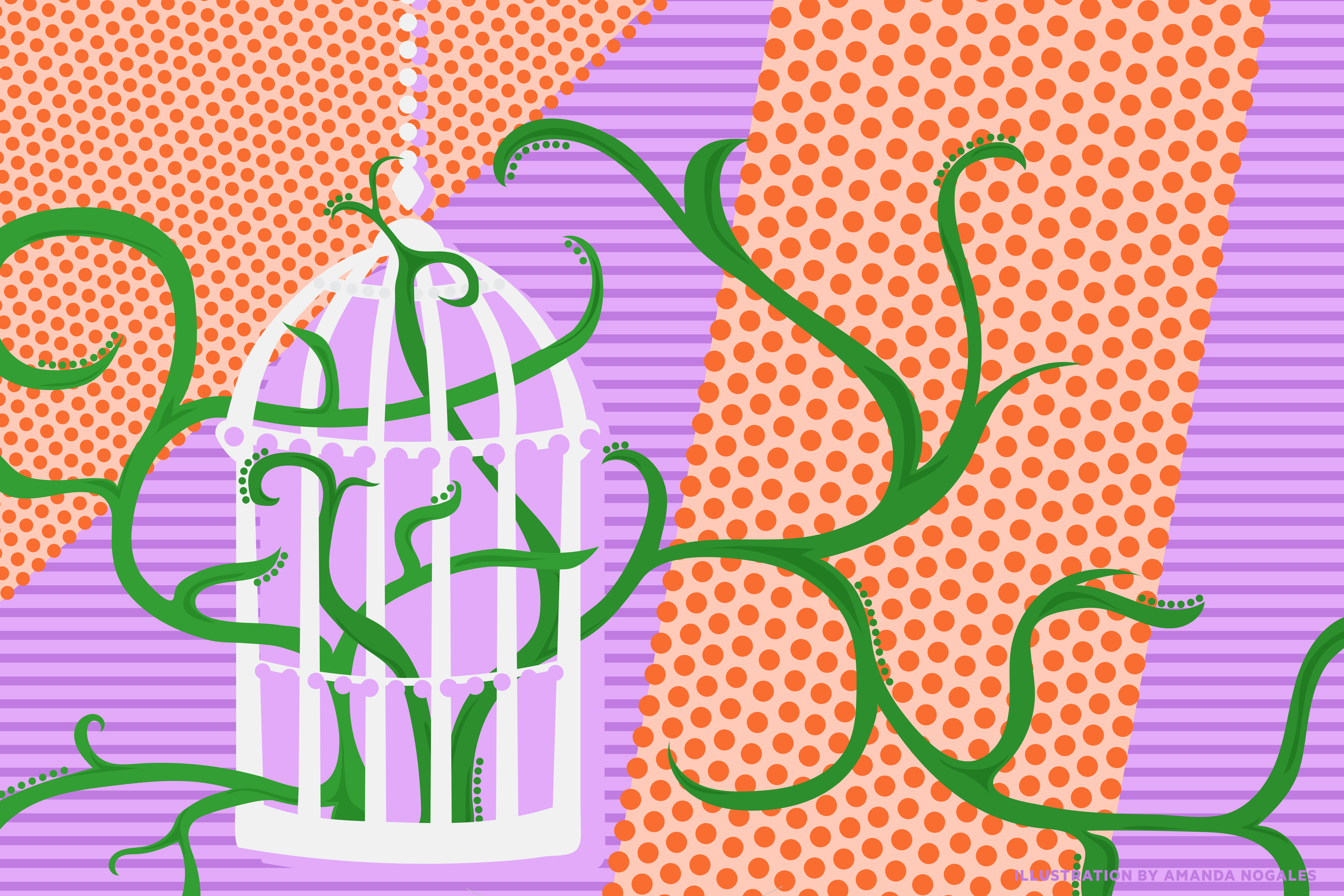 Retail growth in Utah is booming

2020 was supposed to be a breakout year for growth, but shelter-in-place orders and social distancing measures put a screeching halt to retail expansion plans.

Fast forward one year. As Covid vaccines are being doled out and the world is eager to get back to concerts, dining, group activities, and more, Utah’s retailers are not only ready for a comeback―they plan to significantly expand operations.

A glimpse into Utah’s future: major changes are here to stay

Tim Simonsen, senior EVP and partner at Colliers says retail won’t ever go back to the way it was before. Though that just means something far more captivating is underway.

“Retail is different than it was a short 12 months ago,” says Simonsen. “We’re seeing certain categories do things differently. Grocers are certainly rolling out smaller stores rather than huge superstores. Traditional grocers in our market, such as Harmons and Associated Foods, are rolling out smaller formats with different product selections and combining themselves with other traditional retailers.”

Even with these changes, Simonsen remarks that he thinks the customer base in Utah is still somewhat cautious as the population continues to strive for herd immunity. However, this shift in behavior is what has driven retailers in Utah to do business differently: with consumers pushing to go as contactless as possible, sellers have had to invent new ways for shoppers to get what they need.

“Whoever thought you would go through a drive-through lane at a Best Buy to pick up a TV rather than going in-store?” asks Simonsen. “It’s really kind of interesting to see how companies are adapting.”

He also reports that new categories like furniture, home decor, paint, and carpet stores are booming. “As people have stayed home, they’ve recognized that they need to put a little upgrade into their home and living environments. I think that’s still going to be a huge category moving forward,” he says.

More developments are also happening in tandem with the uptick in interior design-related retail. Utah is currently seeing massive expansion when it comes to developing new neighborhoods and communities in response to the recent population surge.

“What’s exciting for Utah is our residential home-building. The push and the massive in-migration coming to Utah will help create great growth opportunities for retail. As we know, retail follows the rooftops, and markets such as Saratoga Springs are experiencing huge increments in their growth, creating very nice opportunities for retail expansion.”

Many other immensely positive changes have occurred as a result of the pandemic―adaptations that reveal a move toward both civic preservation and job creation.

“One of the trends we’re seeing is the repurposing of older retail,” Simonsen says. While some of the older big boxes now find themselves in more challenged development areas across the state, new categories have started occupying these spaces and repositioning them for alternative uses.

Simonsen elaborates: “We’re seeing medical uses, assembly production and things like that going into our old retail, which I think is a great trend for Utah to create additional job growth and keep these areas from degrading… last week, we completed a 69,000 square-foot lease in a former grocery store with an international company called MicroGEM which is a medical products company.”

MicroGEM is just one example of the many companies that are interested in repurposing retail big boxes. To date, these locations are particularly attractive because of their extremely large parking fields and low rent. The proximity to arterial roads offers many competitive advantages such as access to a strong workforce.

Simonsen is optimistic about repurposing, especially when discussing the possibilities of imbuing vacant storefronts with “new life and new vigor.” In fact, he believes that this is one pandemic trend that’s here to stay.

“It’s helping absorb our older spaces, and I think that’s a good thing to keep our communities safe and bright and without blight or lack of maintenance. It keeps these centers vibrant.”

The road back to “normal”

When asked about how long it will take for the world to return to how it was pre-COVID, “It’s going to take some time, to be honest,” says Stuart Thain, senior EVP of retail and partner at Colliers. Simonsen takes it one step further: he believes a new type of hybridization will occur in the coming years―a combination of pre-pandemic behaviors and new ways of doing things that have been adopted during the lockdowns.

“If you look at retail history over the last 40 years,” he says, “We’ve gone from these massive, mega, enclosed malls to now: convenience. I think some of the trends that will stick going forward, provided we have city council approval on this, is a desire for buildings with double drive-throughs, meaning a small, multi-tenant retail building with drive-throughs on both ends. People still want convenience; they don’t want to get out of their car. I think it’s going to take absolute herd immunity for people to feel totally safe.”

Despite the public uncertainty, growth is still underway due to the mass changes in population distribution. Utah became a haven for those fleeing some of the country’s most massive―and now, most deteriorating―cities. Residents of heavily populated states such as California, New York, Texas, and Florida found Utah the perfect place to relocate during the pandemic. This migration created even more demand on an already strained housing market.

“There is another big trend going on in some of the mall sites that we’re seeing… they’re trying to create multi-family and other mixed-use opportunities on traditional regional-model locations,” says Simonsen. “We’re seeing big influxes of multi-family residential developments at South Town Mall in Sandy and people looking to do that also at the Layton Hills Mall. So, I think some of those trends will stay going forward. Malls will become more mixed-use rather than traditional.”

Still, one thing is certain: Utah’s resilience will remain unparalleled. “I think as Utahns especially―we love to get out, we love to socialize, we love to be with each other,” says Simonsen. “I don’t think you can ever take the social side of families, friends, relatives, and coworkers out of the Utah spirit. We’ll come back. We’ll come back strong, and I think we’ll all be better for it. This pandemic has created huge growth opportunities for Utah, and I think one of the concerns is just making sure we manage that growth responsibly.”

According to Thain and Simonsen, Utah’s growth will likely usurp any permanent damage caused by the pandemic, but only if there are enough multi-family projects and larger developments that pop up in an effort to help match and meet demand. “I think retail is going to continue to grow and expand in our market,” says Thain.

Many communities are seeing housing growth, but home builders are most active where there is still available land. Perhaps the ideal example can be found in Saratoga Springs.

Thain explains, “We’re not seeing a lot of new, big developments across the Wasatch Front. I think the largest one may be in Saratoga Springs. With the addition of Costco to that community, more opportunity was created for restaurants, QSR, and other types of retail uses.” He also mentions how new major medical campuses such as University of Utah, IHC, and Primary Children’s expansion are only helping to fuel future success by providing more jobs to Utah County. “I don’t think that this growth is going to, all of a sudden, stop or slow down,” says Thain.

For Utah, more growth and more developments are inevitable. This is only the beginning. “I haven’t seen or heard this many major tenants in our market looking to expand in probably eight or 10 years, and it’s great to see,” says Thain. “It’s great to see major tenants looking around at new opportunities which create new shopping centers and other opportunities for growth. 2021 and probably out to 2025 is going to be very good for retail in the Utah market.”

Though much still remains to be seen, 2021 will show just how high the market can fly when retailers finally exit the Covid cage. With tremendous population growth, strong economic fundamentals, high-paying job creation, and a culture built on social interaction, Utah is primed to see an explosion in retail development under post-pandemic conditions.