Here’s what real estate investors should expect after COVID-19

Currently, one of the strongest currencies in the world is the American dollar. On March 27th, the US government launched the largest stimulus ever seen in history, and injection of $2 trillion dollars in the North American market, thereby achieving greater liquidity in the economy.

However, what does this mean for the real estate industry in Utah and in the US for the remainder of 2020 and beyond?

As we analyze the assets we can invest in, we can observe that housing wins, thus far, over all other types of investment. In the last 150 years it has been the most stable and secure investment, as seen in this ATLAS report from 2017:

This analysis from 2017 gives us a comparison over the years 1870 to 2015, and shows that Real Estate has historically outperformed shares on the stock market (Equities). In these times, especially, housing continues to be the main investment vehicle that provides a family with shelter while also leaving a legacy to the family, since it is a vehicle that can truly withstand any crisis.

On the other hand, one wonders, do I save my dollars or invest in real estate? The answer is simple, as we consider that the purchasing value of dollars in 1953 has lost more than 1,000 percent of its value in 2019. The only time it would have been convenient to “stand still” in currency over this period would have been from 2008 to 2012 in the midst of the housing bubble collapse.

However, there are several differences between the crises of 2008 and 2020. The first, the real estate bubble of 2008-2012 began in the 1990s, when according to the National Association of Real Estate Agents, home prices more than doubled in 2006 before collapsing in 2008.

The real estate market remained in crisis until 2012, as a result of easy loan speculation in which people bought properties they later couldn’t pay for, adding to the huge demand for home construction.

New constructions were stimulated by the incentives of the SBA (Small Business Administration) – The United States Government Unit for small business administration. In 2006, according to the American administration of that year, the SBA was authorized:

“…to issue bond guarantees to surety insurance companies for construction, service and supply contracts that do not exceed $ 2,000,000 and to reimburse these insurances by up to 90 percent of losses suffered if the contractor does not comply. SBA guarantees provide the necessary incentive for such insurances to issue surety certificates to small contractors who would not otherwise be able to insure them and thus compete in the construction industry.”

It was this incentive that triggered the construction of houses and caused their prices to collapse in 2008.

During this time, the government did not provide assistance to families to continue paying the monthly mortgage loan installments, which made it responsible in a very real way for the plethora of easy loans being given out to poorly qualified families. From the data we can conclude the disaster of 2008-2012 was, “The crisis of the ‘easy Yes’.”

As for the current situation with COVID-19, although housing prices have increased consistently in recent years, they are only 22 percent above their peak, which means that with low mortgage rates and stricter rating systems, the housing market can actually help to offset problems across the rest of the economy.

Our challenge, then, is that when it comes to housing supply and demand, there simply isn’t enough for everyone. Each year, the number of American homes grows by more than one million, while simultaneously destroying between 300,000 and 400,000 existing housing units.

Currently, there is no good economic incentive for new home construction. This is where the market for bank-repossessed (second-hand) and repaired properties can come into play and provide a steady increase.

This, during a period when the United States government is providing financial aid at a level never before seen in its history, by providing monetary support for people who have lost their jobs and forgivable loans for small businesses that do not fire their employees. The conclusions for the ideal things to do in the current economy become clear. My recommendations are:

2. Convert your dollars into real assets that provide vital service to people (such as affordable housing)

3. Protect yourself by investing in the “second-hand real estate” market in the United States: the houses recovered from banks. And, finally,

4. Stay positive, since every crisis has three things in common:

B. An expiration date,

C. A lesson for your life 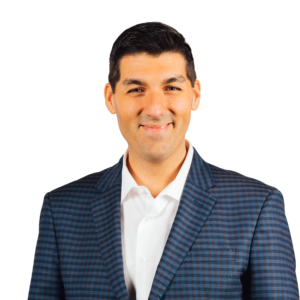