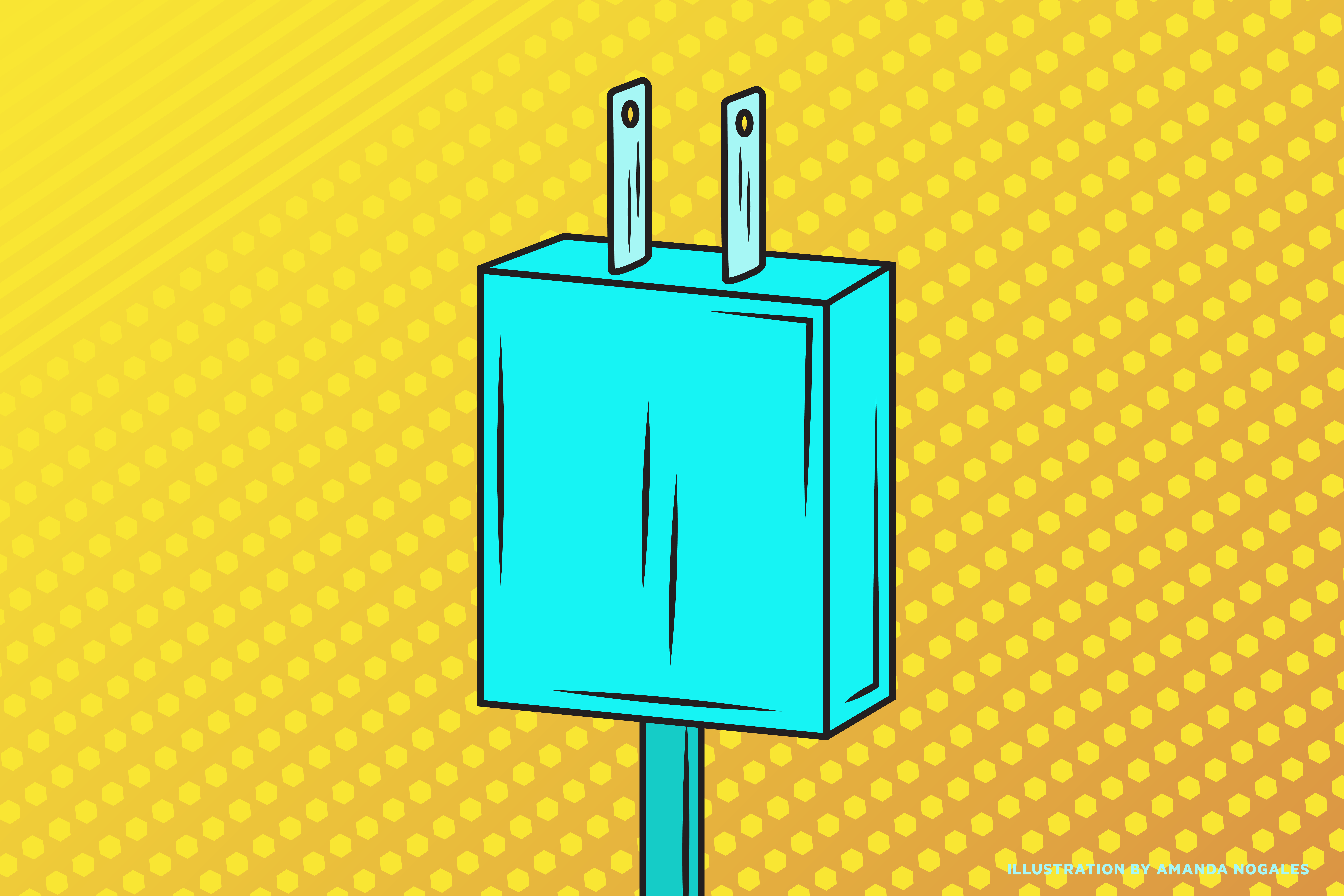 People are not so universally aligned on all energy debates, however. The same 2016 study found that just 43 percent of the public favored expanding the use of nuclear power plants. A Pew report from May found that only 47 percent of adults support phasing out production of gasoline-powered cars and trucks. Energy Fuels Resources’ White Mesa Mill in San Juan County finds itself involved in both debates.

The mill, which began operations in 1980, has traditionally been used for the processing of uranium—a process that creates radioactive waste that must be stored in specially designed pools called impoundments. When used to power nuclear power plants, nuclear energy is a carbon-free energy source that some people point to as necessary to decrease carbon energy use.

According to Energy Fuels, the White Mesa Mill had a 24 percent share of all United States uranium production from 2012 to 2018. On the electric vehicle front, Energy Fuels has recently ventured into rare earths at the mill—a group of 17 metallic elements on the periodic table which are used in everyday items like cell phones, televisions and hard drives, as well as the magnets used in electric and hybrid vehicles.

“These heavy mineral sand operators, they don’t have the licenses or the capabilities to process that monazite because it has low levels of radiation associated with it. So they either have to sell it or bury it back in their mine,” Moore says. “We started looking at monazite. Sure enough, we can recover the uranium out of it and sell that into the nuclear industry and we can produce this nice, clean rare earth product that we’re doing right now.”

Energy Fuels wants to be a key nationwide cog in the processing of rare earths. As of now, this industry is one the US doesn’t have a strong foothold in.

While rare earth deposits can be found on every continent—including “historically significant” concentrations in the southeastern US and southwestern corner of the country, according to the Science History Institute—most production of the elements is done in China.

China is by far the world’s largest producer of rare earths, accounting for 60 percent of global production in 2019, according to Natural Resources Canada.

Moore says Energy Fuels could realistically take on 100 percent of the US’ rare earth production at its White Mesa Mill. “That’s why this plan is so exciting,” Moore says.

If the demand for electric vehicles increases, the demand for rare earths—along with metals such as lithium—could increase as well. But going electric requires more mining, another controversial topic in green energy debates.

“I tell people, you may not like oil and gas, but man—you better love mining if you want to go big into electric vehicles. It’s going to take a lot of materials to make all those electric vehicles that people want,” Moore says.

The White Mesa Mill is not without its opponents. The White Mesa Ute community, part of the larger Ute Mountain Ute Tribe, is located near the mill. Some members of the community have held protests against the mill for years. The most recent protest and spiritual walk was held in early October.

“In the last 10 to 15 years, their position has changed because the environment is being degraded. They’re very concerned about the health of the people in White Mesa, and of the environment overall—wildlife, water, air—so they’ve changed their position over the years,” Clow says. “In the late 90s, there weren’t a lot of red flags. Now, there are a lot of red flags.”

The mill has just one notation on its Notice of Violations and Civil Penalty history from the Utah Department of Environmental Quality (DEQ) since 2013, described by a DEQ representative as a “minor paperwork issue” from 2020. Energy Fuels took ownership of the mill in August 2012, according to the DEQ.

The DEQ confirmed that the mill is currently in compliance with its groundwater permit and radioactive material license, but Clow says he’s concerned the DEQ has relaxed standards for certain elements in recent years.

According to a letter sent from Ute Mountain Ute Tribe Water Quality Program Manager Colin Larrick to DEQ’s Doug Hansen on Oct. 28, “In March of 2021, the Division relaxed the groundwater contamination limits for selenium in monitoring well 30 and allowed it to exceed Utah’s health-based groundwater quality standard of 50 ug/L (micrograms per liter), contrary to groundwater protection rules stating compliance limits shall not be raised above health-based quality standards.”

Another well Larrick’s letter called into question was monitoring well 31 (MW-31). An April 2021 source assessment report for MW-31 showed rising uranium levels in the past few years, with recent readings of over 15 mg/L and two data points over 20 mg/L. From January 2004 through September 2017, nearly every reading at the site was between five and 10 mg/L.

However, the report stated that “concentrations are steepening, although still low per site-wide evaluation,” and “exceedances and data trends are not found to be caused by mill activities,” instead connecting them to lower pH in the groundwater. In July, the groundwater contamination limits at MW-31 were raised from 15 ug/L to 29.03 ug/L, based on 1.5 times the background data mean of the post-July 2020 data set for MW-31.

Moore says some people are “trying to create problems where there are no problems,” adding, “They’re speculating heavily that there’s some sort of issue out there based on things that have happened at mills in the past. They’ve raised issues in the past, but they’re unscientific. They’re pretty quickly shot down by people that understand groundwater and they understand the modern environment that we work in today, so there’s no issues out there.”

Moore also pointed out the fact that Energy Fuels recently established the San Juan County Clean Energy Foundation to contribute to local communities surrounding the mill, beginning with an initial deposit of $1 million this fall.

Clow says the tribe and Energy Fuels are looking at the same groundwater data, but interpreting it in different ways.

“The data from this year indicates that the facility cannot meet the relaxed standards that they keep relaxing, so something’s got to give,” Clow says. “You’ve got to either do something different, or you’re just going to keep relaxing the standards to the point where it’s an ongoing process. At this point, the groundwater data in some of those wells is exceeding the standards faster than the state can relax them to keep them in compliance with the permit. That is not how environmental permitting should work.”

Additionally, Energy Fuels President and CEO Mark Chalmers received an “unacceptability notice” from the U.S. Environmental Protection Agency on Dec. 2 stating that the company was “unacceptable” for the receipt of off-site superfund waste.

The EPA notice stated that “Using the February 27, 2020, Energy Fuels Annual Report, which identifies the measured radon emission rates for White Mesa’s conventional impoundment (Cell 3), EPA estimates that the uncovered material in Cell 4b is emitting approximately ten times the radon emissions of the covered material in the cell.” The notice stated that the facility’s unacceptability is immediately effective due to the egregious nature and duration of the violation.

The notice was first posted on greenaction.org, then made its way to Twitter, where Energy Fuels (@Energy_Fuels) responded, “We have operated according to this EPA guidance, so you can imagine our surprise in receiving this letter this week. We will discuss this matter with the EPA to get to the bottom of this, which seems to be a misunderstanding. Regardless, the radon emissions from the exposed crystals are negligible & well within regulatory standards. The crystals can also easily be covered if that is the outcome of our discussions with EPA. We are not relying on this week’s EPA letter for any significant feed materials at this time, so this matter will not have a material effect on our operations pending resolution.”

“It’s been an uphill battle, but it’s a battle that we can’t turn our backs on, so we don’t really have a choice in that matter,” he says.