Robert Thompson considers himself both a concept man and an operator. Since the young age of 16, Thompson has been dreaming up the concept that is now Punch Bowl Social, executing an idea of creating a social environment that brings together social gaming, a scratch kitchen, and craft beverages. Details, like the stag logo, embody the pureness of place that Thompson is going for while creating an atmosphere that millennials will clamor to.

“I wanted to create a social environment for the modern consumer to come together and socialize in real life, as opposed to virtual and digital relationships,” Thompson said. “I was thinking about back in the [1800’s] to when there was actually an event called a ‘Punch Bowl Social’ where you would go to a social event and stand over a bowl of punch and have a conversation with a group of people. We ask you to come into Punch Bowl Social and do things, eat, drink, and also play and socialize.”

The first Punch Bowl Social opened in Denver’s historic Baker neighborhood in 2012 and has since grown to 19 locations. By the end of 2019, Punch Bowl Social is slated to open eight new locations in cities including Washington, D.C., Dallas, and Miami, with plans to open a Salt Lake City location. Punch Bowl Social at The Gateway opens for regular business on Saturday, September 21st at 10:00 pm

Thompson visited Salt Lake City in 2000 and enjoyed the vibe of the city but did not feel the timing was right for opening his concept. Then, when the opportunity presented itself to join in on the rejuvenation of The Gateway, Thompson felt things had fallen into place enough to bring Punch Bowl Social to Utah.

As the only 21+ location in the The Gateway so far, Punch Bowl Social Salt Lake is the perfect place to enjoy a child-free night, as the facility is adults-only.

The food at Punch Bowl Social is all chef-driven and scratch made, under the direction of chief culinary & beverage officer, Sheamus Feely. Thompson makes a point to order the hamburger for himself at least twice a month and mentions that the chicken and waffles, with chipotle maple syrup, are another must-try from the menu.

“We are pretty excited for basketball season and we are hoping Salt Lake City will consider us as the place to come to before and after Jazz games,” says Thompson.  “Expect for when the Nuggets are playing.”

In 2017, Ernst & Young recognized Robert’s contribution to the hospitality industry by naming him a recipient of the prestigious Entrepreneur of The Year® 2017 award in the Mountain Desert region and he was recently named as a ColoradoBiz Magazine CEO of the Year finalist. Punch Bowl Social has been honored by a number of awards and recognitions including Fast Company’s Top 50 Most Innovative Companies in the World 2019, Fast Company’s #1 Most Innovative Company in the Gaming Sector 2019, Fast Company Magazine’s Most Innovative Companies in the World 2018, 2018 Nation’s Restaurant News Hot Concept, 2018 Restaurant Business Future 50, 2018 Chain Store Age’s Breakout Retailer, 2017 & 2018 Inc. 5000 list of fasting-growing private companies in America, Nation’s Restaurant News’ 2017 Next 20 Brands to Watch and as one of their 2015 Breakout Brands. 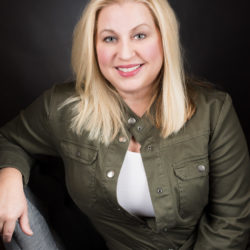 Aimee is a content writer, an award-winning journalist, and a social media junkie. She is a freelance writer for several publications around the Salt Lake valley and Park City. In her spare time she enjoys cooking, reading, golf, and spending time with her family.