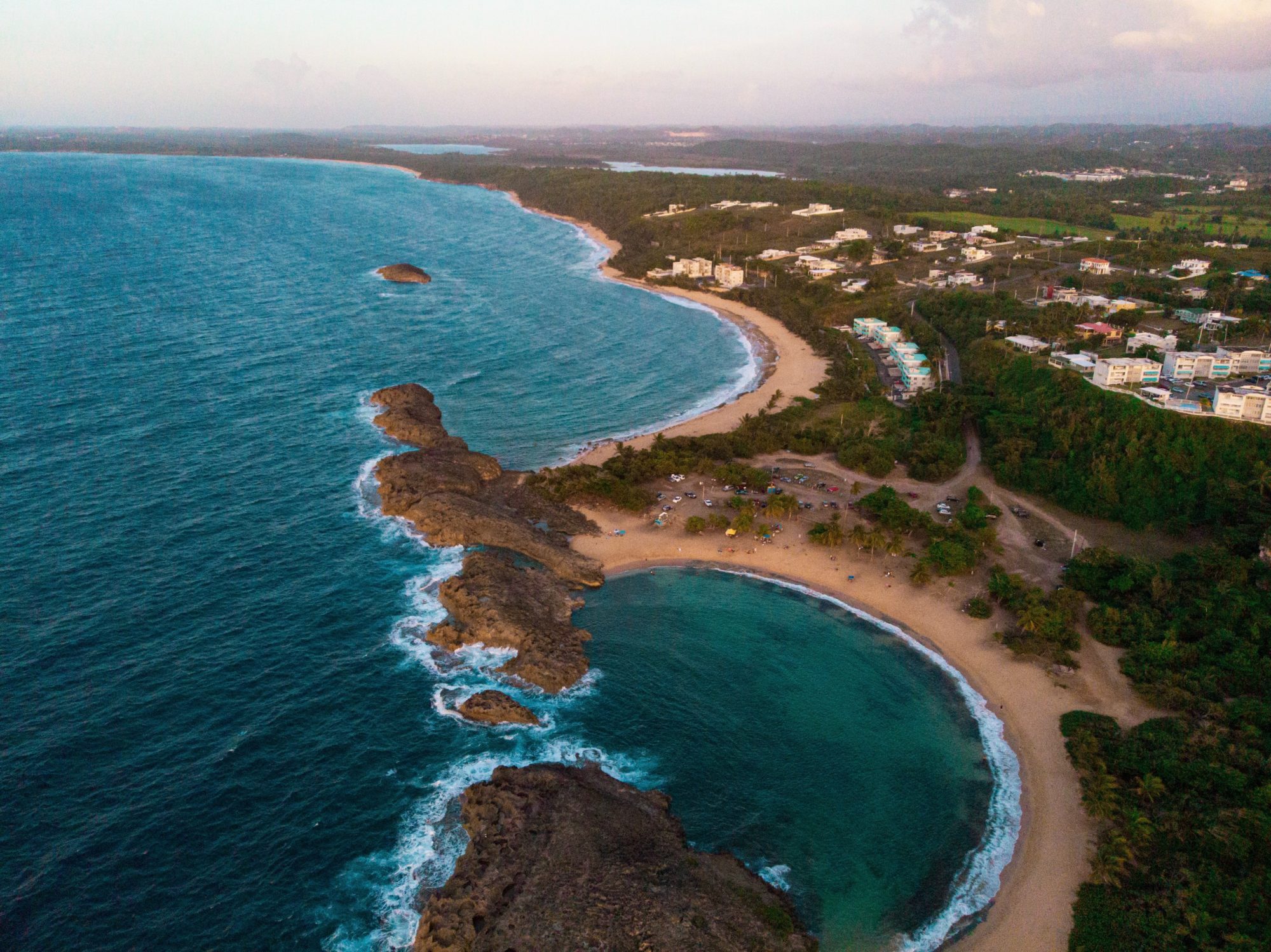 “Grow is still headquartered in Provo, Utah, but for my family and me, Puerto Rico is our home base,” says Rob Nelson, founder and CEO at Grow.

He’s speaking with me from his home, just a few miles from Dorado, PR, where he and his family moved this year. “It’s a big transition, and we’re excited. We have friends who live in Puerto Rico, and they love it here,” he says. “People come with a 2-3 year plan but end up staying for much longer.”

Nelson is a hands-on CEO, but says the pandemic taught him that working and managing employees remotely is possible, no matter where you are. “This last year was the most productive and profitable year for us. It has shown us that work-from-home culture works. Although we will move into the hybrid work-from-home and office model, it is a reflection of our internal culture—and it’s good.”

He’s not the only one who made the move.

This small island, south of Florida and north of South American countries like Venezuela, has endured the same financial crises that the states experienced, but for longer periods of time and at an obvious difference in scale.

The first series of tax breaks―which enticed corporations to move to Puerto Rico―expired in 2006, leading to an exodus of business and jobs for Puerto Ricans. Residents were left with a drastically lowered bond rate, as well as a hobbled economy and big financial institutions swooped in, offering quick cash with astronomically high-interest rates.

Already struggling with the rigors of island life―household energy is three times more expensive in Puerto Rico than the average US household and 85 percent of their produce is imported from other countries―Puerto Rico is now more than $70 billion in debt and has no plan to pay it off.

Puerto Rico has struggled to make payments on its ever-increasing debt and continues to go through a series of debt reconstruction and refinancing efforts. Financial institutions, like Citi Bank, which hold Puerto Rico’s debt, make their money not by reconfiguring the loans but from fees stipulated in their decade-old agreement.

That’s why Puerto Rico passed two laws in 2012 to mark itself as a global investment destination. Act 20 allows for corporations who export services off the island only to pay 4 percent in taxes. Act 22 kicks it up a notch: Puerto Rico is the only place on US soil where personal income from capital gains, interest, and dividends are untaxed for Puerto Rican residents.

To reap the benefits of Act 22, a resident has to live in Puerto Rico for at least 183 days of the year without any close contacts or direct family who live on the mainland. But incentives are high and since these laws were passed in 2012, several business moguls and entrepreneurs have uprooted their families and moved to the island.

“I’ve lived in a lot of different places and learned a lot about adaptation and resiliency along the way.”

Born in Salt Lake City, Alex Dunn moved to Australia at four years old, then moved to New Zealand, back to Salt Lake City, to Brazil, and then to Puerto Rico with his family eight months ago. Father to six, he wants to give his school-age children a taste of what his upbringing was like.

For Dunn, moving to Puerto Rico wasn’t all about strategy but rather good timing. Dunn served as president at Vivint Smart Homes for nearly 15 years before creating his new venture, Executive Network Partnering Corporation, ENPC. Taking Vivint public and learning the tricks of the trade allowed him to see an opportunity to make a difference.

“Vivint gave me a crash course on SPAC IPO’s,” says Dunn. “We took Vivint Solar public through a standard SPAC IPO. The process showed me room for improvement and innovation for how this SPAC was positioned and aligned. A traditional SPAC works by completing the deal for the sponsor to receive 25 percent of the proceeds raised in stock. I recognized a problem of alignment. If you ask investors to come in at 10 percent a share, it goes down after announcing a public deal. Only the sponsor will receive a major profit where everyone else will not.”

Dunn noticed an opportunity for performance, innovation, and improvement―and he did this all from the comforts of the blue-skied island, Puerto Rico. “The tax benefits are an obvious attraction for people to move to Puerto Rico. It draws businesses and entrepreneurs alike—it’s interesting—it has allowed for successful people to migrate here,” he explains. “We are creating a center of gravity to benefit the local businesses.”

“We first looked at Australia, the Mediterranean, South America, but we had friends who moved to Puerto Rico. It is a beautiful island with great people,” Dunn says. “It has beneficial tax laws, and it makes us believe that it was the place to move.

“In addition, it gave our younger children the advantage to live [outside of mainland US]. Move, make new friends, learn different cultures and languages. It’s a skill set that has allowed me to be successful as an entrepreneur. The uncertainty helps create resiliency. I attribute my success as an entrepreneur to my youth experiences.”

Is Puerto Rico a tax haven or an oasis?

The trope of wanting to give your family exposure and an international experience appears to be shared—and it’s a good motivation. However, stories of millionaires partying in San Juan at events like Cocktails and Compliance depict Puerto Rico as a haven for tax evaders who live in a world utterly untarnished from natural disasters like the 2017 Hurricane Maria―but that’s not how these Utah entrepreneurs describe it.

The green iguana was brought to Puerto Rico as a pet in the 1970s, but some escaped and ended up overpopulating the island as time went on. Although exotic, they are considered a pest as they have no natural predators on the island. The green iguana has been used as a metaphor for how big companies come into Puerto Rico and leave it in dire shape―like the exodus of 2006 or big financial institutions like Citi Bank.

And yet, Puerto Rico is often compared to another island nation: Singapore. After all, both destinations have undergone severe economic reform and have come out the other side more prosperous than before. So could tech be Puerto Rico’s saving grace as they scramble to stabilize the economy for its residents? Nelson is optimistic.

“What happened in the 80s and 90s for finance in Singapore is happening for tech in Puerto Rico. What I have experienced so far is that there are great engineering schools. Puerto Rico has created great incentives for entrepreneurs, investors, and companies, but it has also created incentives to retain technical talent,” he explains. “Tech is growing. It’s a small ecosystem now, but it is beginning to grow.”

While another significant hurricane is bound to strike and leave the island with damage, the question remains whether CEOs moving to Puerto Rico will impact the economy positively. “If you can’t try to create something—nothing will change,” says Nelson.

“My wife and I always wanted an international adventure. We thought about Costa Rica three years ago, but it was a no-go. We want to give our children different experiences. I moved a lot as a kid, and it made me comfortable trying new things. Of course, the great tax benefits were the bonus but being put in uncomfortable places and situations makes you more resilient.” 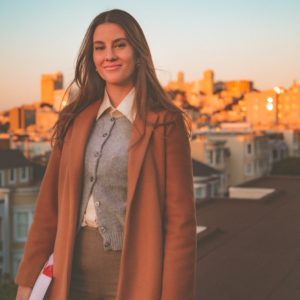 Rebekah Austin is a freelance writer and journalist. She has been published by U.C. Berkeley Scientific Journal for her undergraduate work in Linguistics. She is a former undergraduate research fellow from University of Oxford, Jesus College. Outside of Linguistics, her research has primarily been on political institutions of S.P.Q.R. and Early Modern Monarchical Europe. Her mother is from Guadalajara, Mexico and her father is Irish-American. Raised in a family of seven, excluding the several goldfish and rabbits, she values the importance of public education, civil liberties, and the soul fulfilling happiness of book hoarding. She lives in San Francisco with her tuxedo cat, Puck, who is very much like his name: a hobgoblin spirit from Shakespeare’s A Midsummer Night’s Dream.