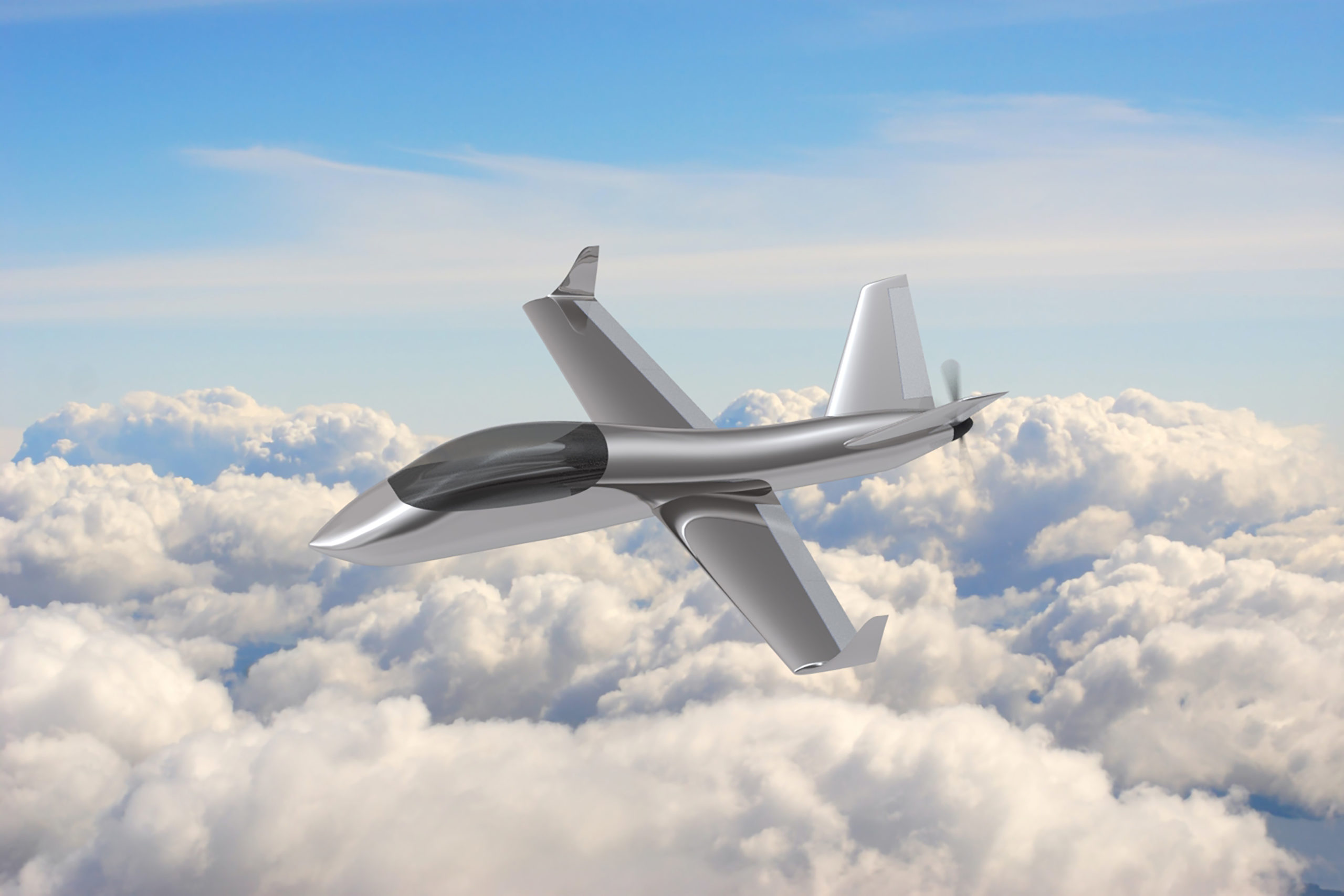 After years of success as an entrepreneur and investor, Chad Swensen has his head in the clouds.

As co-founder and managing partner of Valkyrie Group, a Park City-based venture capital investment firm, Swensen invested $10 million of Series A funding in the electric jet company Panhwar Jet in August 2020. Now based in Heber, Panhwar aims to break new ground in electric aviation, disrupting an industry ripe with opportunities for innovation.

Before funding Panhwar, Valkyrie already held assets in real estate and biotech, including a $25 million investment in the hair growth formula company Aneira Pharma. “The focus of Valkyrie has been to look at and invest in technologies and teams that are innovating in interesting spaces,” Swensen says.

Valkyrie hoped their next interesting space would be, well, space—aerospace, that is. After setting a goal to break into the industry, Swensen discovered the perfect opportunity near Valkyrie’s other location in Newport Beach, California.

For Panhwar Jet co-founders Ayisha Fareed and Nick Panhwar, an unexpected LinkedIn message from Swensen led to a partnership that allowed their company to reach new heights. They had developed the company at the Startup Institute at California State University Fullerton and had already heard from several investors worldwide, but none were the right fit. Then they met Swensen.

“We wanted to bootstrap it,” Fareed explains, at least until an initial flight could prove their concept. Swensen, though, quickly won over the co-founders. Fareed considers their relationship with Swensen a “spiritual connection” and says they feel closer to family than typical investors. “I liked his spontaneous energy, and it just synced with what we wanted to do,” she says.

Now, Panhwar is directing that energy toward a prototype of the ElectroBird, a self-charging private jet that runs entirely on electricity. If their innovative technology is successful, Panhwar will model a sustainable way forward in an industry that still overwhelmingly relies on fossil fuels—US airlines used more than 18.2 billion gallons of fuel in 2019.

As both the private sector and governments worldwide increasingly recognize the impact of climate change, the multi-billion dollar aviation industry has the need—and opportunity—to change. Fareed says that Panhwar’s clean, sustainable technology can lead the way. “We want to solve that problem,” she says.

Panhwar Jet’s goal is simple: fly faster and longer using entirely electric power. “We believe that our aircraft will fly more than 2,000 miles,” Swensen says. “That’s a material difference from anything that exists in the market today.” (Currently, a 150-mile flight is considered impressive for an electric vehicle.) Panhwar Jet also projects that their aircraft can reach top speeds of 350-400 miles per hour.

All of this, the company claims, can be achieved with zero emissions. “From the wheels all the way up, there’s innovation through the entire aircraft,” Swensen says.

Swensen says he’s hesitant to reveal too much of “the secret sauce,” including some file patents and other technologies they consider trade secrets. Still, he says their self-charging technology extends the life of the battery powering the electric jets, allowing the vehicles to travel at faster speeds for longer distances.

“Our goal is to really scale back the dependence on the batteries themselves,” Swensen says. That dependence on battery technology continues to hold back current electric aircraft—battery power is no match for fossil fuels. The extra weight from bulky batteries can negate many of the gains in efficiencies from electric aviation. “They are waiting for battery density to go up. They are waiting another 10, 15 years. We are ten steps ahead,” Fareed says of her competitors.

Panhwar’s current prototypes do rely on existing batteries. “We’re using cutting edge battery technologies that are available to the market, but the true innovation starts in the way that our motor interacts with that battery power,” Swensen explains. According to Swensen, Nick Panhwar defines their innovation as a “regenerating system” that significantly improves the battery’s efficiency as the aircraft is in the air.

Panhwar expects that their disruptive technology can also dramatically reduce costs for consumers. While chartering a traditional private jet can run thousands of dollars, Swensen estimates the operational costs for flying a Panhwar aircraft will be $100 to $150 per hour. Flyers will see a significantly lower price point even after adding ancillary expenses.

The jet’s more efficient design has the potential to bring down acquisitional—as well as operational—expenses. “Our electric aircraft is approximately 2,000 parts less than a traditional private aircraft that’s fossil-fueled,” Swensen explains. “You have fewer parts, fewer points of failure, so it brings the cost down quite a bit.”

Swensen, who has his own background in AI after acquiring the banking technology company Lantern Credit, says aircrafts will eventually be fully autonomous. Fareed developed this technology to reduce human error, which causes the majority of plane accidents. She explains that, unlike autopilot, the AI runs through simulations with common problems like turbulence or bad weather. While these high-pressure situations strain pilots, sometimes leading to tragic mistakes, the AI is programmed to respond to these risks safely and effectively—prioritizing the most critical aspects and cutting unnecessary functions.

If, like me, you’re picturing airspace filled with sleek private jets running without any humans navigating them, that future is still a ways off. Federal Aviation Administration regulations still require a pilot to be in the aircraft. Panwhar’s current prototype will not include AI technology, as the engineers want to focus on demonstrating the electric power’s capabilities. Still, the FAA has already contacted Panhwar, intrigued by the possibilities of their software to reduce human error and create a safer flight experience for passengers. If they are fast-tracked for approval, Panhwar’s AI technology will be another innovation that will dramatically change the aviation industry.

This company, which combines the co-founders’ background in engineering, artificial intelligence, and business, is the culmination of years of collaboration between Fareed and Panhwar, who Fareed calls “my [business] partner who also happens to be my husband.” The two traveled the globe before founding Panhwar in Newport Beach—Fareed met UK-born Panhwar in her home country of Dubai.

The two sold their first software company for $2 million, moved to Canada to start another software company, Appoon, and then relocated to America and created TeamKnit, a project management tool. They hatched the idea for Panhwar when they tried to buy a private jet. A years-long queue—and long-lasting issues like noise pollution and carbon emissions—inspired the couple to create their own solutions in the private aviation industry.

There’s already interest in the company’s vehicles—Fareed reports that more than 600 people are on the waitlist for their six- and eight-seater electric jets. It will likely take a year to finish prototypes for larger planes and another year before the products are available to the public. Then, Panhwar plans to expand their technology even further: By 2030, they hope to break into the commercial jet industry with a 100 passenger plane.

While Panhwar Jet was founded in California, Utah is now becoming its home base. “Part of it was my self-interest,” admits Swensen, who grew up in Pleasant Grove and splits his time between Heber and California. “The other part of it was I really believe in driving the economy here in Utah.”

Before Valkyrie invested in the company, Fareed and Panhwar looked for hangars and facilities in Arizona, Georgia, and Los Angeles. Fareed confesses that she and Panhwar had hardly heard of Utah when Swensen first suggested the idea. After some Google searches—and some in-person visits at Swensen’s request—they agreed it was the right place to build their company and began filling positions with local talent. “I think it’s an incredible place to build a company,” Swensen says. “The headcount here and the talent base here is incredible.”

Fareed says that she and Panhwar have quickly embraced their new home. The company has already won support from the state, which is interested in nurturing new companies and supporting environmentally-friendly innovation. The state has promised the company $5 million in incentives once the jet is in the air.

Swensen hopes Panhwar will grow into a distinctly Utah success story, citing Qualtrics and Domo as inspirations. The team works out of a warehouse facility in Park City and a hangar at the Heber Airport. They are currently building a more permanent 20,000 square-foot facility in Heber while hoping to expand their presence at other regional airports.

The new location will even include a special hangar for Brandon Fugal, Swensen’s childhood friend. “My goal in working with Brandon is to try to bring the most innovative and exciting companies that I can back to the state of Utah,” Swensen says. Fareed isn’t shy about her ambitions to build a new aviation giant in the unassuming town of Heber. “We are looking to be the next Boeing,” she says. “That’s our goal.”

The Series A funding from Valkyrie is a major building block to achieve this lofty goal. The firm’s $10 million investment will be used to complete the first two jet prototypes. Future funding will be milestone-based, and Valkyrie has already announced its intentions to raise $100 million more in Series B funding. Swensen says, at this point, they would consider bringing in more investors and alternative funding paths, including a public offering or raising capital through an IPO or a SPAC. It all depends, though, on the success of the prototype.

Now, Panhwar is preparing for their next milestone—their first jet’s official takeoff. The company initially hoped to complete the ElectroBird by the end of October and launch their first flight from Heber at the beginning of November. Supply chain issues and challenges acquiring raw materials—a familiar story for many businesses in the pandemic—delayed the takeoff.

At the time of this writing, the company was on track to complete the plane by the end of December after demonstrating the technology to investors and local government leaders. The Panhwar team expects to make a significant impact from the first test launch. The ElectroBird will attempt to break several world records for speed and range, verified by the Guinness World Records at the test launch, in electric aviation.

The maiden voyage will be a nonstop flight from Heber to Denver, but eventually, the aircraft is promised to fly 12 hours or more than 2,000 miles without touching down. Until then, though, it all rides on the test launch—when engineers will need to successfully demonstrate the technology’s capabilities. If they do, Panwhar will be well on its way to proving that it’s ready to take off into the stratosphere. 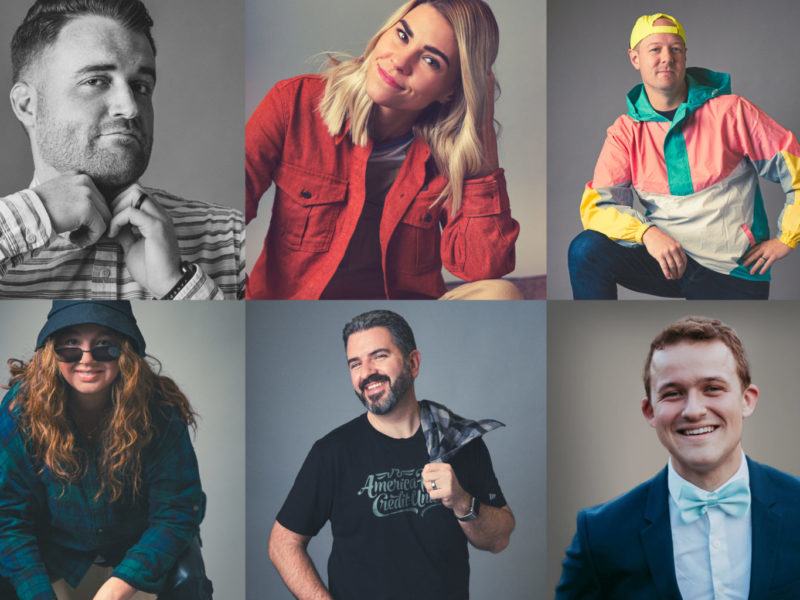 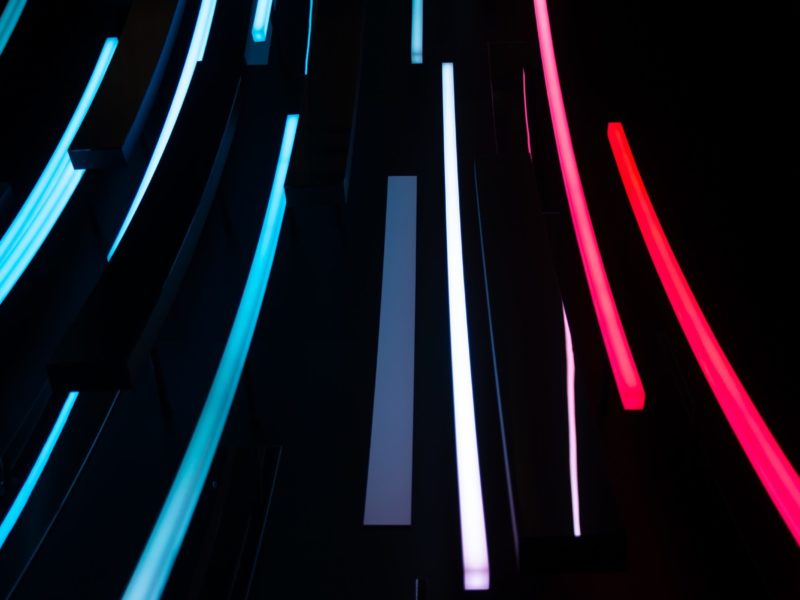 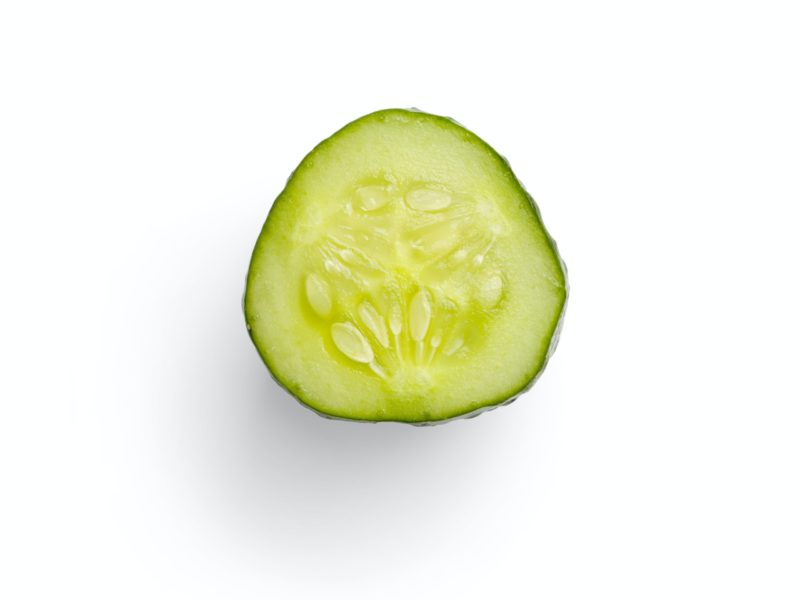