Whenever I describe what public relations is to someone, they often respond, “Oh, so like marketing.”

Well, no. Not exactly. It’s a common misconception that PR pros hear a lot. And as the lines between PR and marketing become ever blurred, it’s easy to see why people get them confused. Yes, both should work in harmony to help a company achieve its objectives, but no truly successful business strategy is complete without the other. In order to appreciate the value that each brings to the table, you’ll first want to understand some basic differences between them:

PR is earned, not paid

There are three major components to any communications strategy: owned, paid, and earned. Owned is any strategy that involves communication via a company-owned platform (e.g. social media, website, blog), while paid is anything your company pays to promote (e.g. advertisements, paid media integrations, influencer partnerships). Earned is exposure your company earns through unpaid promotion of the unique or impactful work you’re doing. This difference between paid and earned is illustrated in the following example:

I recently helped a client run an earned media integration on Fox & Friends, FOX News’ morning show with over 1.5 million daily viewers. The integration resulted in immediate new business leads and over 12 minutes of branded coverage valued at $1.3 million in marketing spend. At that cost, the integration likely wouldn’t have happened if procured through marketing. Instead, the only expense to the client was in sending the equipment and crew out to New York for the broadcast segment — a fraction of what it would have cost under a traditional marketing strategy.

PR supports a different part of your sales funnel

Understandably, many business leaders are concerned with the bottom end of their sales funnel, where leads convert to revenue, making the ultimate positive impact on the company’s bottom line. As a result, many companies put their money and focus on marketing. After all, the more you promote your company’s product or service, the more leads (and hopefully conversions) you’ll get.

While PR can help with trickle-down sales, its primary role is in promoting brand awareness at the top of the funnel. Why does that matter? Without an understanding of who your company is and what it does, customers are less likely to pay attention and engage, resulting in costly marketing campaigns that yield little in terms of ROI. This is particularly true for startups trying to break through the noise of competitors in an existing industry, let alone those who are trying to create something completely new. PR can help companies tell these stories in a way that drives target customers down the funnel where marketing efforts are more effective.

PR is about storytelling

In case it wasn’t clear already, PR is not sales. So, it’s crucial that a company has a unique story that illustrates its impact on (and value to) customers in order for an earned strategy to be successful. This is especially true when working with the media. A journalist’s job isn’t to write a free advertisement for your company; it’s to inform readers of industry news that affects them personally. If you aren’t sure whether your story qualifies, consider the following example:

A client approached us with a story of a customer who was able to claim his ancestor’s long lost Civil War medal, thanks to the company’s family history archives. While a heartfelt story, our feedback from reporters was that the story needed more in order to avoid reading like an advertisement. Upon further research, we discovered that the archive, which had possession of the medal, had over 3,200 others still left to be claimed. Suddenly, our anecdotal story supported a larger, more newsworthy narrative. Rather than one man reclaiming a family heirloom thanks to one company, the story transformed into one about thousands of Civil War medals waiting to be claimed, supported by an example of how one man did. The latter is far more impactful on readers and therefore more interesting to reporters. Just as in this case, good PR can help companies identify a newsworthy story or help turn the story you have into something more impactful.

Though similar in some ways, it’s clear that there is significant value in having both a PR and a marketing game plan for your business. Each drives impactful results in different ways and—when coordinated correctly—supports the other in achieving the company’s overall objectives. So whether or not your business is ready for PR now, consider the benefits it could offer long-term and be sure it’s included in your overall strategy for best results. 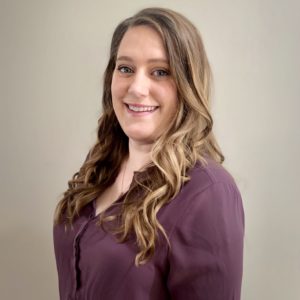