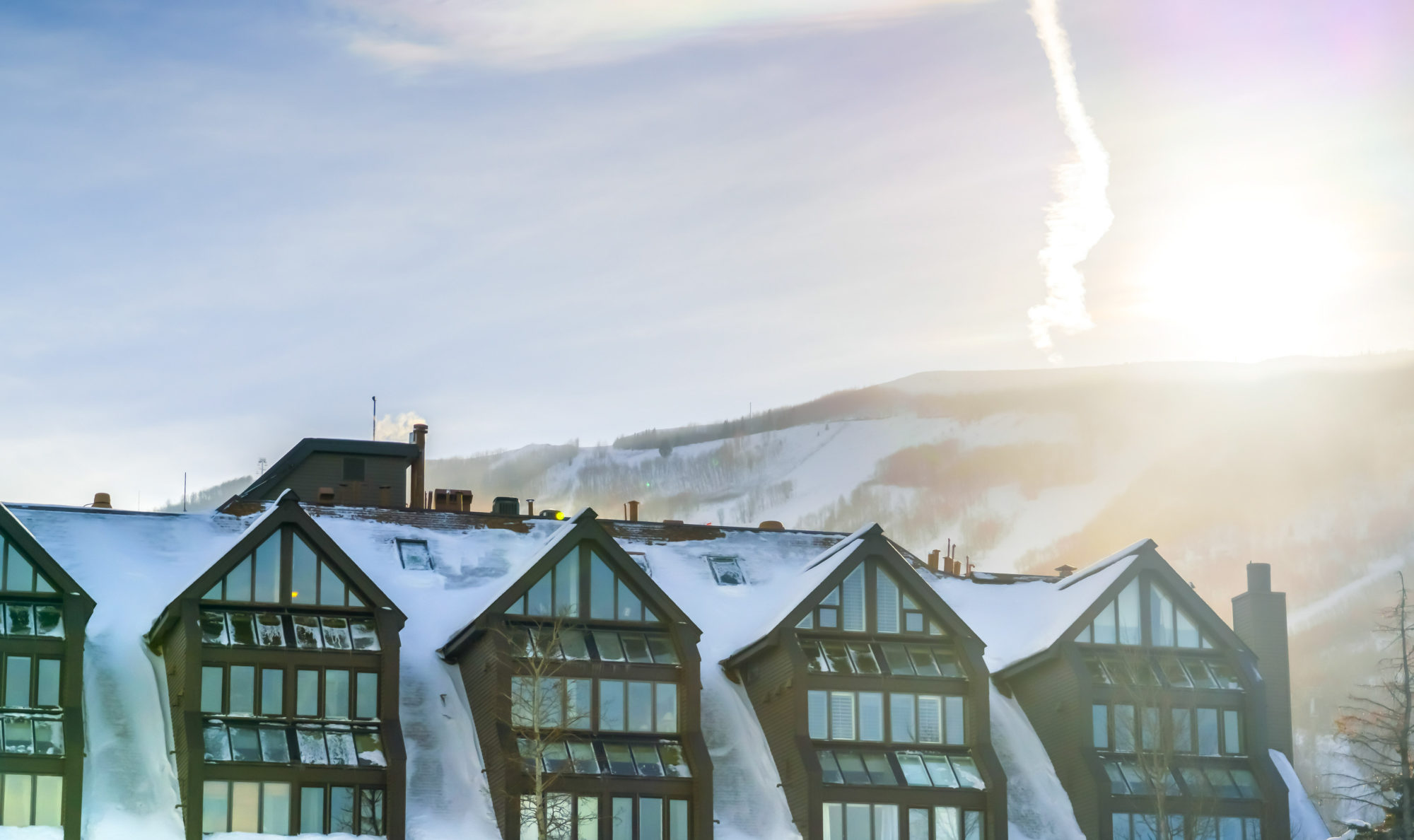 Where should Park City employees live?

The housing crisis is worse than ever in mountain resort towns across the globe—and in Park City, it’s increasingly challenging to find affordable housing.

“Help Wanted” signs dot the windows of local restaurants, retailers, and hotels. Tourists have descended on local Airbnb rentals. Home prices are rising, and the number of long-term rentals available is shrinking. This summer, the median home price in Park City rose to $3 million and $1.29 million in Summit County, according to the Park City Board of Realtors and the county.

The number of high-end homes that had a sales price of more than $4 million climbed 241 percent this year, according to Derrik Carlson, co-owner of the Carlson Real Estate team in Park City. He says real estate started popping in the fall of 2020 after Covid lockdowns, and most of those people who bought homes paid with cash. According to Summit County, as much as 52 percent of the area’s housing is made up of second homes.

The amount of owner-occupied housing in Summit County, including Park City and Deer Valley, has slowly diminished to 39.7 percent of the inventory from 44.7 percent in 2000, while vacant housing grew to 49.9 percent from 40.9 percent during that time. Meanwhile, the amount of available rental units dropped to 10.4 percent from 14.14 percent, according to the county.

Should we ban second homes?

Park City is not an anomaly; affordable housing is a problem nationwide. The National Income Housing Coalition’s annual “Out of Reach Report” found that full-time minimum wage workers cannot afford a two-bedroom rental anywhere in 95 percent of US counties.

But it’s particularly vexing in mountain resort towns, which are typically hemmed by mountains and draw wealthy second homeowners, who drive up home prices. In Avon, Colorado, at least 45 percent of homes are second homes, and in Winterpark, it’s 90 percent. In the Vail Valley of Colorado, where the median home price is $1.7 million, even higher-paid locals such as surgeons, bank presidents, and town managers struggle with affordability.

“It’s been broken for a while, but the problem has ballooned into an emergency,” says Melanie Rees, a newly retired Colorado consultant who has helped resort communities across the west address housing issues for 30 years.

The problem has stirred some radical ideas across the globe. In Frisco, Colorado, town leaders recently considered an official emergency declaration, a mechanism typically used for natural disasters or a pandemic, to open federal funding avenues and adjust the town’s budget policies to reallocate money for affordable housing. And in the mountain town of Crested Butte, Colorado, there was talk of workers striking during the summer high season.

In Jackson Hole, Wyoming State Rep. Mike Yin proposed legislation that would give the state’s counties an optional flat rate fee based on the square footage of empty homes for over six months a year. The 2018 bill intended to incentivize residents to live in homes in Jackson Hole full time, which then had median home prices of $1.8 million. The bill died. “This has gotten the most vitriol than any other bill I have proposed—mostly from people out-of-state,” Yin says.

Officials in Colorado’s Vail Valley town of Avon batted around the idea of a tax on vacant properties in 2018 after Vancouver, Canada enacted a one percent tax on empty homes a year earlier. The housing problem has reached a boiling point in Canada, and leaders enacted a two-year trial ban on foreign buyers who don’t plan to live in the country this summer.

Across the Atlantic, the citizens of St. Ives, England went aggressive, voting in 2016 to ban the sale of second homes. At the time, the average home price was £323,000—about $443,000 US dollars—which was just under 14 times the median annual earnings in the Southwestern coastal town. Under the “principal-residence” policy, locals could buy new properties without competition from second-home buyers. But the plan backfired. According to a study by the London School of Economics (LSE), construction companies left town, and prices climbed.

Are empty homes the problem?

While threads on Reddit have questioned if it’s even ethical to have second and third homes when people cannot afford to buy or rent in the area, it’s not necessarily something that will change. After all, wealthy tourists spend money on real estate, home construction, activities, retail, services, and restaurants when they’re in town—and even when they’re away with property management services. “They’re the economic driver,” Jones says.

Still, in Vail, the local housing authority pays property owners to keep housing for local workers with something called deed restrictions. The only rule is that the property must be occupied by full-time residents who work at least 30 hours a week in the county. The deed restriction tends to decrease property values by about 15 to 20 percent, so the housing authority pays owners the difference. So far, Vail has acquired 162 units and plans to collect 1,000 properties by 2027. Sun Valley, Idaho is now studying whether a similar program could work there.

“Deed restrictions are a must,” Rees says.

Unlike many other ski towns in Colorado, Pitkin County has a very high number of deed-restricted affordable homes—3,045—in relation to the county’s total population of 17,358.  Rules for deed-restricted ownership property varies by community, but they tend to cap annual appreciation to about three percent a year and require a property only to be sold to residents who work at a business physically located in the local county.

Summit County and Park City do use deed restrictions to “maintain” long-term affordability, but to be on par with Pitkin County’s 17.5 percent ratio, Utah’s Summit County would need 7,412 deed-restricted affordable housing or workforce units. And if businesses continue to expand and in-migration continues, the need for housing will also increase, Jones says.

Communities can use other tools, too, such as fees or taxes on new construction, real estate transactions, or rules that require a business to provide housing to a certain percentage of jobs. A new hotel, for instance, could turn some of its property into housing, Rees says.

Communities could also bring in second homeowners as part of the solution. Rees says alienation and finger-pointing won’t help the problem. “It’s a moot point,” she says. Instead, towns can encourage these homeowners to create lock-off apartments or accessory apartments. Wealthy homeowners, too, can donate to affordable housing projects, Rees says.

Where should people live?

Money isn’t necessarily a challenge in Summit County when it comes to affordable housing projects. Federal American Rescue Plan funds, Low Income Housing Tax Credits, and other funding sources both public and private are available, Jones says. And both Summit County and Park City municipal have inclusionary zoning codes that require 20 percent of all new development to be made available to individuals or families earning less than 80 percent of the area median income.

However, finding properties that are zoned and entitled for such uses is extremely difficult in today’s marketplace, Jones says. The county set a goal of 800 units to be completed by 2026―at least 133 units have been completed, with another 372 coming. The biggest roadblock to making those projects happen is resident controversy over where local employees should live.

In February, for instance, residents in the Highland Estates neighborhood in Park City argued against a proposal for a high-density, 410-unit project, arguing it would ruin the quality of life there. The project would have offered units with rents as low as $627 for a studio and $896 for a three-bedroom. A final decision hasn’t been made on the project. Currently, many Park City rental listings advertise rentals for a single room in a three-bedroom unit for about $1,200.

Fortunately—or not—Park City’s workers can live in nearby Wasatch, Salt Lake, and Morgan Counties. The 20- to 40-minute drive gives people a bigger pool of homes to choose from at less expensive prices, ranging from median home prices of $440,000 in Salt Lake County to $758,500 in Wasatch and $657,000 in Morgan.

The distance, however, comes at big costs. In some mountain towns, parking is expensive—costing as much as $100,000 per spot—and could lead to more parking garages, not to mention the environmental and financial costs of having more cars on the road. Salt Lake City has some of the worst air quality globally and landed on national lists for worst sprawl. “It’s less expensive to build housing near jobs versus road improvements,” Rees says.

There are also social costs when people live far from their jobs. Commutes can strain families, causing parents to be away from their children and require more child care—even on weekends.

Jones says that in Park City, the challenge will be jurisdictional and will require deciding as a community where people should live. And, as other tourist spots across the globe demonstrate, that can be a really tough problem to solve. “You have to have a strong amount of political will,” Rees says.