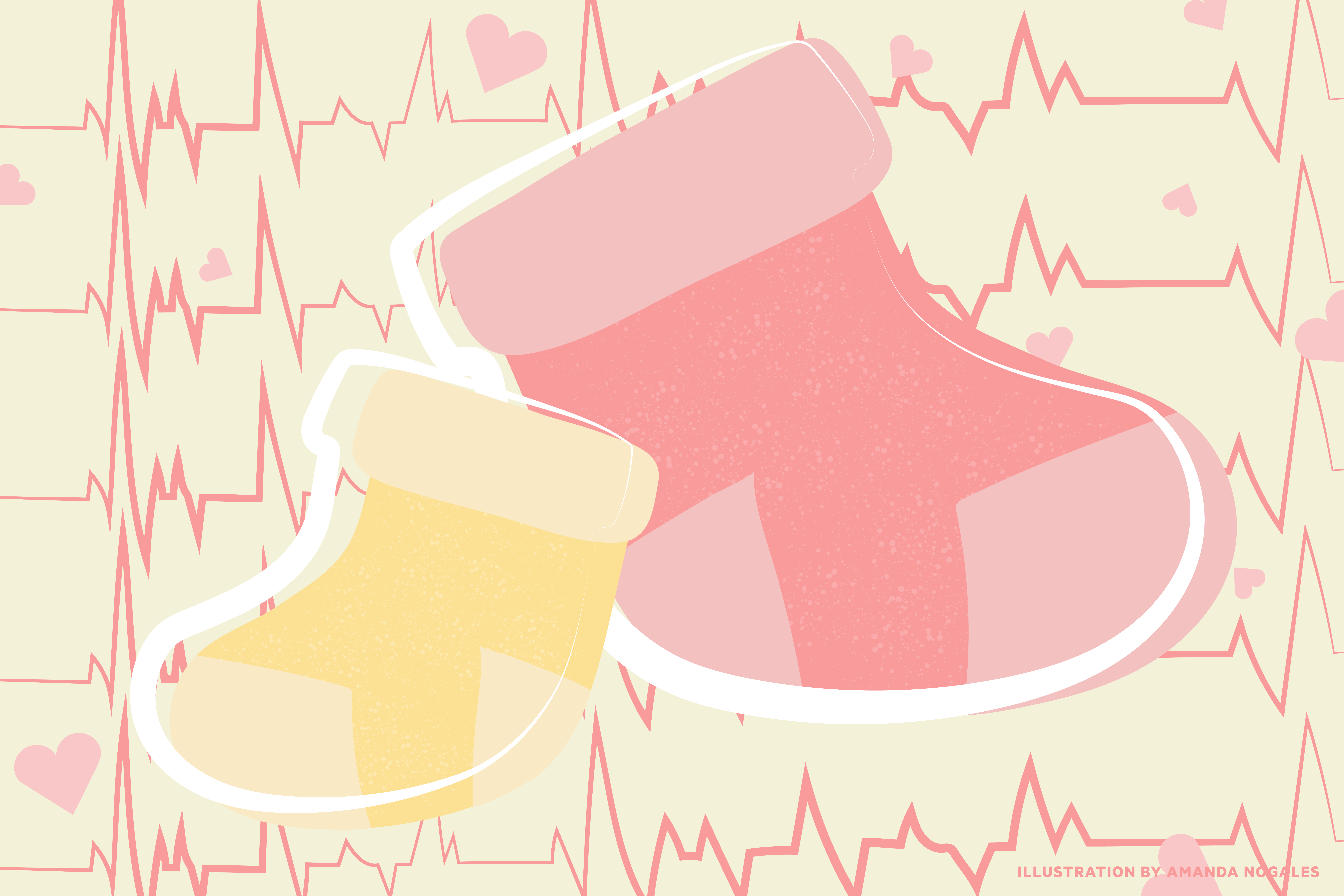 Katy MacDonald Poelman bought an Owlet monitor before her first baby was born. When her son was 6 months old, he came down with RSV, a viral sickness that causes trouble breathing. The monitor alerted her that her son’s oxygen level was at 78 percent, allowing her to seek medical treatment and save his life.

Poelman explains, “I’m like a lot of young moms. Overwhelmed with stress and love. I want to be able to sleep better and feel safe with my baby and the [Owlet monitor] has allowed me to do that.”

Catering to individual consumers looking to have an expanded awareness of their children’s health and safety, Poelman’s experience as a young mom is what led to the growth of Owlet to a company with a $1 billion valuation, and even more incredible life-saving uses such as a new way to detect other health issues in infants.

The reveal of unexpected data

Recently, Owlet’s smart sock was used in a study of infant tachyarrhythmia, a cardiac event where the heart beats much more rapidly than it should be for the level of exertion.  While many tachyarrhythmias are not a cause for concern, sometimes untreated and undiagnosed tachyarrhythmias can cause symptoms of heart failure. Other times this event can be a symptom of a larger heart issue.

The study revealed that these events were much more common than those found in previous studies, which is likely due to the massive amounts of data generated by the smart sock. Previous studies relied on clinical documentation, which is often unreliable and won’t include instances of tachyarrhythmia that were never reported and document by clinicians. These other studies never had access to a data set as reliable as the one made possible through the smart sock.

“One of the findings of the paper is that tachyarrhythmias are not as rare as previously thought,” says Jeff Humpherys, research professor of epidemiology at the University of Utah School of Medicine and co-author of the study. “Previous reports estimated the prevalence at around 1/250 to 1/1000, but we found 1/40 babies having at least one episode.”

Typically, tachyarrhythmias in infants are difficult for doctors to identify because many infants are asymptomatic. But now, the information obtained through Owlet’s smart sock could bring a health issue to light that had gone undetected for long periods of time.

If a sock can catch an infant’s irregular heartbeat, this is only a glimpse of what’s to come in regards to wearables in healthcare, as it revealed how much easier in-depth studies of complex medical issues can be with such devices.

A faster, better way to diagnose

Another advantage of wearable devices is their speed and efficiency that significantly reduces the amount of time it takes to diagnose an issue because wearable devices can monitor a patient 24/7. While it may have taken numerous visits to the doctor’s office before the patient or their physician recognize a symptom or a significant pattern, with constant monitoring, a wearable device could recognize the symptom in a single day. The faster symptoms can be identified, the sooner doctors can eliminate possible causes.

“With that amount of data, there is an opportunity through research studies to identify patterns and develop AI-based algorithms that can detect various types of events,” says Humphreys, who hopes that as wearable technology advances and grows in popularity, that patients will generate massive amounts of their own data that can be compared to other data sets, which will one day diagnose and detect medical issues.

Even better, those in the field are hoping that such devices like Owlet’s Smart Sock help make the healthcare system more innovative. Currently, physicians don’t often know the outcome of treatments offered to patients. They prescribe medication or perform surgery, but many of those patients don’t return or return infrequently. The physicians never get feedback on which of their treatments worked, which failed, and what factors affected those outcomes. A “learning health care system” is one where physicians always know the outcome of their treatments. This allows them to learn and improve with experience.

Global expert, Dr. Wendy Chapman, director of the Centre for Digital Transformation of Health and elected fellow of the National Academy of Medicine, thinks wearables bring us closer to a learning healthcare system. “The capture of data from consumers is key to the success of a learning health system―the data we have from a patient visit to the hospital or to a GP is not representative enough of that person,” says Dr. Chapman.

If physicians could have access to patient data from wearable devices, the ongoing patient feedback would bring us closer to a learning healthcare system. Physicians could track the health of their patients in the long term through the device, rather than just through observation at infrequent visits.

While Owlet is focused on individuals, the future of the wearable device industry could expand to include clinicians and scientists who work on epidemiological studies and clinical trials. The global clinical trials market was estimated to be worth $47 billion in 2021 and future innovations in wearable technology are poised to become a major factor in that multi-billion-dollar industry.

Today your baby’s socks are able to let you know their oxygen is low or their heart rate is irregular. Who knows―maybe one day, your scarf, belt-buckle, or t-shirt could make a new health discovery that may just save your life.