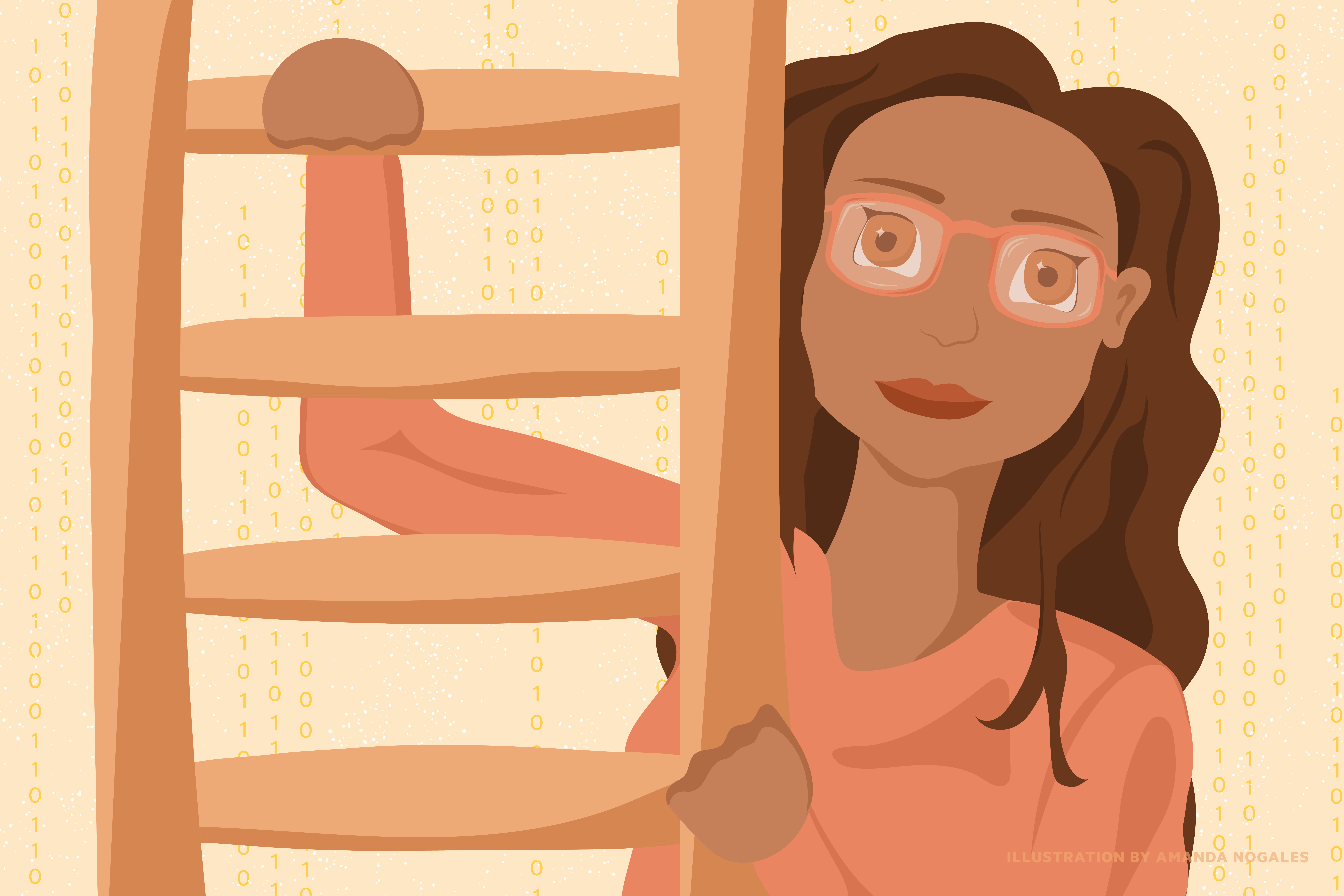 85 percent of buying decisions are made by women, however those who are designing and implementing the technology that serves these buyers is not representative of the market―after all, the tech industry only comprises 19 percent women. But that doesn’t mean that companies aren’t working to do something about it. eCommerce powerhouses like Overstock understand the value of women in these roles and have shifted how they build their pipeline of women and diversity from the inside out.

I began working with Overstock as they sponsored female employees to attend our Tech-Moms program and learned that this was not a one-off effort.  Overstock has multiple women within their technology ranks that had made a successful transition into technology careers and have thrived. I was able to spend time with three of these women, who each provided incredible insights on why you should invest further in this untapped talent pool and how to best enable your existing critical female talent.

How these women climbed the ladder at Overstock

Mckell Barber, a business intelligence engineer at Overstock, came from a position where technology was not a natural progression. She actively reached out to individuals she saw had the skills that she wanted to gain and asked for help. A key to her success was responsive individuals who were open to taking the time and effort to assist in her development.

“One reason I was able to make the jump into tech was my eagerness to progress in my career.  As I moved along my aspirations would enlarge based on what was available to me,” she says.  Having on-the-job skills training and pathways available helped guide Barber into technology and now she actively mentors others in the organization who are transitioning into technology-based roles.

AJ Ciaravino, director of business intelligence, says that her journey into tech was an organic move when she saw the opportunity in the field. Her then-manager enabled her to expand her responsibilities into the tech space, providing access to resources and mentors that enabled her skills development.

According to Ciaravino, “Employees who have moved from non-technical to technical make some of the best colleagues because they have more to prove. These individuals may not have gone to formal schooling, but their expertise and learning are self-driven and make the best workers.”  In addition, it was agreed individuals who transferred from customer-focused groups make the best technologists as they understand customer issues and develop systems that ensure client success.

Individuals may not realize technology is an option within their career and requires leaders to create an environment that fosters learning and growth.  Shawndae Wasescha made the shift as her manager created an opportunity to develop her report writing skills, “They saw something in me and gave me the projects and resources to move into business intelligence.” Wasescha is now the HRIS Supervisor on their Workday systems.  She explains that it isn’t only your direct leader that can make an impact, it is often others on the team or other leaders that have influenced individuals to shift their career path.

With attrition being one of the biggest risks to a company with the cost to replace being 100-150 percent of a resource’s annual salary, it’s important to recognize these women have been at Overstock eight, ten, and thirteen years.  In asking each what it was that they found kept them at the company it was the fact that they felt that the company invested in their skills and their career progression. This investment in their career along with the importance of commensurate pay and work flexibility were all critical components of their ongoing career within the company.

At Overstock, the list of incentives that benefit women in the workforce are numerous― the largest of which is on-site childcare―which undoubtedly helps with employee retention. “We have benefited a lot as our executive that was responsible for designing our new building was pregnant.  It made me feel that my output and what I bring to the table was valued, even though I am a mother,” says Barber.“We have the tools to be a great employee and I can’t imagine what I would do with my kids without the daycare.”

In addition to childcare services, onsite care clinics, a greenhouse, on-site coaches, and virtual therapy sessions have been provided to employees. Overstock also offers extended parental leave, multiple resource groups for female associates, a Caregiver Travel Policy which covers the cost of one caregiver and one child under the age of two to travel with employees to travel for work, flexible scheduling options, and a formal mentorship program.

Building on their core programs, leadership development is an integral part of employee success at Overstock. Providing critical feedback is a necessary step to growing as a leader and often women get overlooked in receiving this form of development. Barber notes that  “I learned the most from my female leaders who taught me how to respond to executives’ emails, how to present myself in meetings, and learn what was important to fight for and what was not. I have the technical know-how, but without the skills to promote myself and be confident I wouldn’t have gotten there.”

Too often, leaders may not realize that they are only sponsoring or talking positively about individuals that look or act like themselves, limiting the growth of women and minorities within the workplace.  Ciaravino states, “Leaders were my biggest advocates.  They were consistently celebrating my successes and achievements to other leaders in front of me.  Witnessing that kind of support is encouraging and very reassuring.”

Overstock’s example in inclusive leadership, investing in skills development/employee benefits, and active promotion shows any organization can build their own internal pipeline of technical diversity and drive organizational success, you just have to make it a priority.

Trina Limpert is the CEO & Founder of RizeNext, a social good for-profit company focused on rising up the next level of diverse technologists and leaders. Trina's career spans 25 years in the technology industry with companies Novell, eBay and Oracle. She is an active and passionate leader for women in the workforce and diversity advocate. She spearheaded the launch of the Tech-Moms program and is educating and supporting the transition of women's careers into the technology industry and consults companies in diversity strategy and leadership development to support women in the workforce. Trina currently serves on the Women’s Success Center Board of Advisors at Utah Valley University, Board of Advisors for Weber State University School of Engineering, Applied Science and Technology, and National Advisory Committee for Weber State University.