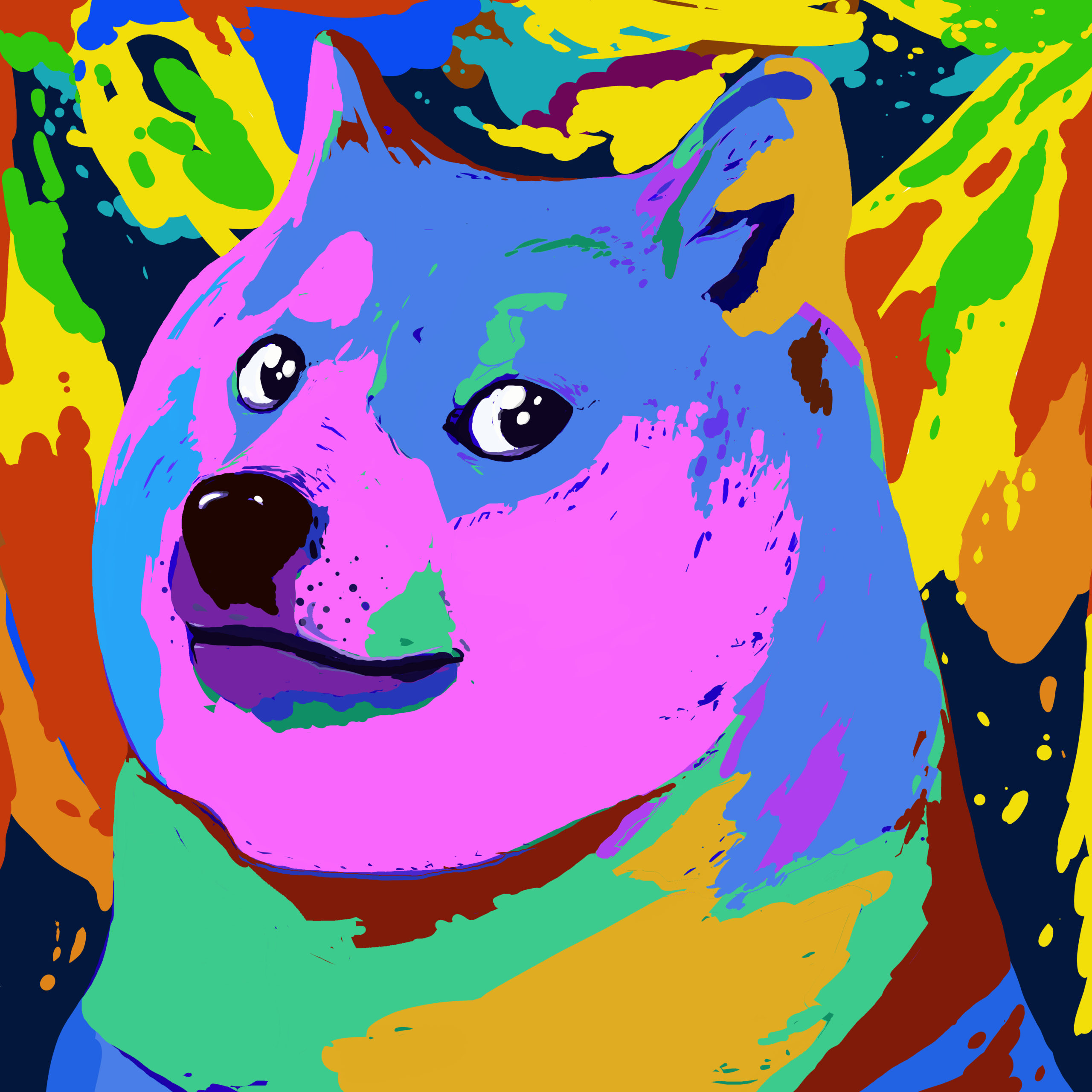 Since the early days of the internet, there have been few innovations that have caused the kind of noise that decentralized finance (known more commonly as DeFi) has. Now, words like “Dogecoin,” “smart contracts,” and “NFTs” pepper our Twitter feeds and followers of different coins espouse the same kind of obsessive zeal once reserved for religious cults or political parties.

One of them is Barrett Williams, co-founder of the Utah-based Off-Piste, a decentralized asset protocol that allows retail and institutional investors to create and trade pre-IPO futures on top global startups.

Named after its founders’ affinity for skiing in Utah along unmarked paths, the platform has the potential to radically alter the way we approach investing today. “Off-Piste [is] a nontraditional route from point A to point B,” Williams says. “And what we are providing is a nontraditional mechanism for gaining exposure to private capital markets.”

Williams is impassioned about the purpose behind his platform and what it’s designed to do. While many people today are barred from investing in private companies due to issues relating to accreditation and regulation, the company is hellbent on changing that.

“Just allow people to invest as they so choose,” he implores. “There shouldn’t be rules and restrictions, because I know plenty of people who don’t qualify as an accredited investor, yet are much smarter than some of these people who are accredited investors at the end of the day, and I think it’s a joke that they can’t invest in a private company―especially a top-tier one.”

Enter Off-Piste. “You’ll basically be trading, buying, selling, and minting. And there are some serious complexities that we’ve discovered on the minting and shorting side,” says Alex Whitley, co-founder at Off-Piste. “What we’re trying to do is take this really complex idea―and the mechanisms behind it which will be facilitated through a smart contract on the backend―and distill that down to: ‘What does the user need to know to participate in these markets?’

“Right now, there is a huge learning curve with participating in crypto in general. It requires multiple [hot] wallets, multiple applications, and a whole ton of education that you have to do yourself. I believe that that can be solved through a user interface. And that’s what I’ve done my whole career: take these really complex ideas and distill them down into the core functionality to achieve the outcome that a user would want.”

UI is an issue. To date, many consumer-facing DeFi applications―even some of the most prominent like Binance―admit that the UI in this industry has been notoriously lackluster. But that’s not the only issue when it comes to popularizing DeFi. TaxBit, which recently raised its $100-million Series A, was founded in Utah in 2018 to help ameliorate the issue of cryptocurrency tax reporting and accounting and ensure these activities are in compliance with tax laws. By connecting the consumer, enterprise, and government cryptocurrency tax ecosystems, TaxBit is helping drive cryptocurrency adoption at scale.

“At TaxBit, we believe that one of the greatest financial innovations and disruptions of the last century, cryptocurrency, should not be weighed down by the complexities of tax and accounting,” says Michelle O’Connor, the company’s VP of marketing. “The past 12-months at TaxBit have been monumental, as our products are removing some of the largest roadblocks of this emerging asset class. We are excited to continue to scale world-class tax and accounting products so that cryptocurrency can continue to thrive among enterprises, consumers, and governments.”

TaxBit’s massive round of funding and its commitment to create 1,700 high-paying Utah jobs in the next 10 years is evidence that DeFi has a solid foothold here. The question is, will well-funded companies like TaxBit operate under winner-takes-all principles, or will new startups in the space start popping up as a result?

The opportunity to change, well, everything

While many are excited by the prospect of DeFi, most people aren’t fully aware of the kind of positive change it could have on our society.

“It falls into this democratization of access,” Williams tells me. “Now, if that’s through a vehicle like us where we’re helping people gain exposure to late-stage, pre-IPO companies, or it’s banking the bankless―I think that that’s one of the coolest things.

“Now somebody in Africa, South America, or some places in Asia where they don’t have access to brick-and-mortar financial institutions can have a digital bank. And they can have their money on-chain and hedge against inflation.”

Creating a tool to fight inflation is essential for the health of the global economy, especially in countries subject to authoritarian regimes. It’s something that could dramatically impact individual wellbeing and allow people access to opportunities never available to them before.

“The powerful thing about blockchain is that it creates more economic equity by removing the gatekeepers,” says Paystand co-founder Jeremy Almond.

“Even before Covid, the legacy financial system limited the capacity of the US to grow in the modern financial world,” explains O’Connor. “Credit cards take several days to process, and when they do, small businesses are left to foot the exorbitantly high processing fees.

“However, as those who are already familiar with digital assets know, a solution does exist. A digital asset system can fix many of the failings of legacy finance to rapidly and efficiently transmit money through its economy to get to those hard-to-reach spots that are underserved in the economy. In a range of financial services sectors, the legacy system could be supplanted.”

Businesses can expect to see other meaningful changes as well. There are already strides to offer decentralized cloud and other storage options, and DeFi could dramatically transform healthcare by moving benefit payments options to on-chain systems. Expanding use cases for DeFi to everyday occurrences will be essential to the proliferation of these technologies, and that’s something James Whitley, Alex Whitley’s brother and Off-Piste’s third co-founder, deeply understands.

“We’re at this uber interesting inflection point in the DeFi space,” he says. “Originally, it was people figuring out what the use cases [were]…but all of it has been confined to hardcore crypto users and traders, and a lot of it is new ways to trade little coins around. I think we’re at a point where you’re starting to see people think about: ‘How can you address traditional finance problems by using the technologies and the opportunities that DeFi unlocks?’ and that’s where we see ourselves [at Off-Piste].”

“The beauty about what we’re building is, if you look at who uses crypto today or who uses DeFi in particular, it’s a very, very small group of people,” says Williams. “I think that where we come in is helping the non-crypto native user get excited about this space.”

If Off-Piste’s vision holds true, the company could provide a very meaningful offering that would bridge DeFi with our everyday lives. And that could inspire other Utah-based startups to do the same. However, for those Utahns looking to actively expand the DeFi community in their home state, James Whitley urges them to get going now.

“Dive in,” he says. “Read whitepapers that are out there. Participate in communities, whether that’s Discord or Telegram. It’s a super open community, so dive in, ask questions about what you don’t understand―generally, there’s somebody there that is super stoked to give you an answer.”

Williams agrees, arguing that the number one job in the future will be engineering. For technical individuals looking for a place to start, exploring languages like Rust and Solidity will be key for building decentralized applications (or dApps as they’re known in the DeFi world), he says.

The opportunity to change… Utah

Blockchain is the technology that underpins DeFi and cryptocurrencies. In its most simplified form: a blockchain is a decentralized data structure that verifies the transfer of funds and information without the need for a middleman to do the verification process for you.

Unlike a centralized platform that updates information from a single authoritative source, the entire blockchain stores data across a wide network composed of many different computers. Every time information is updated from one source on the “chain,” the entire network is simultaneously updated.

As a result, blockchain allows for immutable, transparent, and highly secure transactions―without the need for a human or institutional third party to offer assurance.

DeFi then, broadly, is the set of applications, processes, protocols, and technologies that are designed to disintermediate financial exchanges. These platforms operate without brokerages, exchanges, or banks, meaning unprecedented power can be restored to individuals when it comes to their financial agency.

And cryptocurrency is a digital asset that can be used as an exchange―like money―or used simply as a store of value. Each cryptocurrency uses cryptography to secure transactions that are made online.

There’s no arguing that these new innovations are gaining traction―and very quickly. With Miami poised to become the next great startup city, Mayor Francis Suarez wants to see the city become our nation’s Bitcoin capital. Even Wyoming wants to get in the game and now recognizes digital autonomous organizations (DAOs) as LLCs, making the state an exciting place to house these new blockchain-native constitutions.

Utah isn’t quite there yet. Still, “Utah has a really great business culture, and money goes where money flows,” says Williams. “We’re seeing a lot of money flow into DeFi, so I think that we’ll see some more companies in blockchain being built here.”

Just as The University of Utah became the driving force behind Utah’s biotech boom by adding more and more classes that encouraged studies in that space, the U is now launching blockchain courses for its students. According to Williams, this could lead to a local base of talent for DeFi, propelling significant growth in the industry.

And blockchain companies are opening satellite offices in Utah. Paystand, a leading B2B DeFi platform, saw such explosive growth during the pandemic that it opened its third office in Utah (it’s headquarters are in Scotts Valley, and it has another office in Guadalajara).

The company uses blockchain and cloud technology to help businesses make B2B payments without relying on the legacy payment system, revenue-draining transaction fees, and the hours wasted on menial AR tasks. To date, over 260,000 companies transact over its direct bank network, showing the potential DeFi has outside of the consumer space alone.

“I wouldn’t be surprised if Utah becomes the new center for DeFi,” says Aliyah Nance, VP of people at Paystand. “The people here are hardworking and talented, but also grounded. It’s the perfect mix for leading this next wave of decentralization.”

“That climate,” adds Almond, “is one that operates under less bureaucracy and more efficiency in business―it’s actually very good incubation grounds for the DeFi community.”

“[Utah] has an incredible ecosystem of industry-leading tech companies and an impressive collection of best-in-class talent,” adds O’Connor. “TaxBit is experiencing a rapid growth period after our massive Series A earlier this year. We’re hiring with plans to more than double the team by the end of year. With this growth it will inherently attract like minded businesses to the area!”