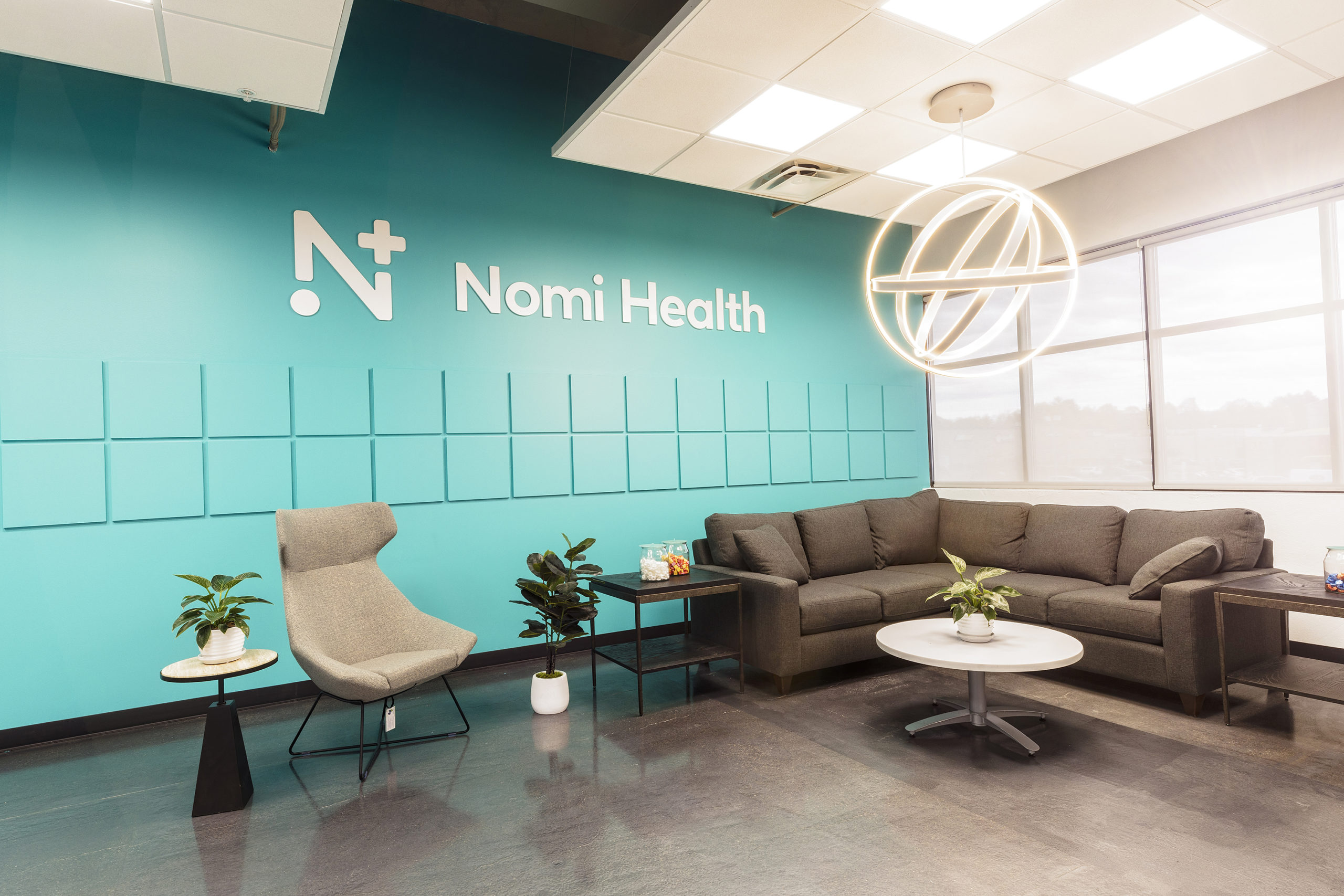 Nomi Health wants to be the Venmo of healthcare

Hours after the birth of his second child, Utah entrepreneur Mark Newman received a $4,500 bill for the birth. When he took out his credit card in the hospital room to pay it in full, the finance official looked shocked. In that case, she told him, the cost would be 30 percent less: $3,000 instead of $4,500.

The experience prompted him to consider how he could directly pay the medical bills for many of his part-time employees at a discount. “It wasn’t a medical problem. It was a cash flow problem,” he says.

It also drove Newman to build a new company, Nomi Health, which is boldly attempting to change the way employers pay for healthcare. Based in Orem, Nomi sells employer software and systems that let companies and governments take out the middleman—health insurers—by paying hospitals and doctors directly at prices that are 20 percent to 30 percent less. Payments are made digitally, directly, and in real-time. “It’s Venmo for healthcare,” says Newman.

A healthcare outsider, Newman initially spent two years diving deep into the matrix of healthcare to understand how the system works. He tapped his connections from his days as CEO of tech company HireVue and later teamed up with former Goldman Sachs executive and fintech expert Boe Hartman and tech veteran Joshua Walker, who spent years working inside a health insurer. Together, the trio set out to build Nomi Health, which would let employers cut out insurers and simplify healthcare payments. A year in, Newman’s wife gave birth to a third child.

Health insurers aren’t equipped for direct payments, Newman says, and employees often can’t afford to pay bills in full. Employers, however, can afford it. Hospitals and doctors are willing to accept less money because they get paid faster instead of chasing down reams of paperwork with insurers. It takes time for providers to get paid by insurers, but it’s far more difficult for them to get paid by patients: for every patient dollar billed, hospitals collect just 70 cents.

“The only way we’ll be able to fix healthcare is to build a new infrastructure to run it on,” Newman says, “And cut the middle man out.”

Nomi has long planned to expand its healthcare services to employers, such as direct-to-consumer pharmacy, telehealth, and home health. But the pandemic usurped those plans. In 2020, Newman and his team witnessed how traditional means of delivering care fell short in conducting wide Covid testing.

“We didn’t have time to wade through traditional healthcare processes that are too complex and take too long,” Newman says. So the company worked with local and state governments to help.

In April 2020, Nomi mobilized TestUtah and lined up the supply chain and labs to drive high-throughput testing in the state. The company soon took on more states across the nation and broadened its role in testing operations by equipping them with QR codes, online registration systems, robotics for labs, best practices, and program management. Last fall, Nomi began setting up its own labs, hiring nurses, couriers, and other staff for larger-scale testing. Nomi hired 2,000 people and conducts 30,000 to 50,000 tests a day nationwide—4 percent of the testing done nationwide.

Newman never expected to still be running testing sites today, but the demand continues due to testing needed by event organizers, theaters, colleges, travel programs, airports, and cruise lines. To keep up, the company will hire another 1,000-2,000 people in the next six months. The state of Utah alone has paid Nomi an estimated $24 million over the course of the pandemic and the company now has a nationwide footprint, handling testing for a number of other local and state governments, including in Nebraska and Hawaii.

“It’s been a crazy run,” Newman says. “We’re at the intersection of politics, healthcare, and money in one of the most polarized times of our country.”

The pandemic shined a light on the problems in our healthcare system—the high costs, incomplete coverage, limited access to care, under-investment in public health, and racial and ethnic inequities. While hospitals, physician groups, and other health care providers lost money because they were forced to cancel profitable elective procedures, health insurers posted record profits last year.

All this occurred against the backdrop of ever-rising health care costs. Large employers are a primary source of private coverage, and those premiums are steadily rising each month. Premiums rose 4 percent in 2020, according to a survey by Kaiser Family Foundation, averaging $21,342 a year with workers contributing an estimated $5,558 in out-of-pocket costs.

Top executives at nearly 90 percent of large companies say the cost of providing health benefits to employees will become unsustainable in the next five-to-10 years, according to an April survey from Purchaser Business Group on Health and the Kaiser Family Foundation.

Nomi’s approach is fairly novel, but the direct payment model isn’t entirely new, says David E. Williams, president of Boston healthcare consulting firm Health Business Group. A company called Averde Health tried something similar a decade ago and went out of business, and over the years, employers have tried on their own to reduce costs, improve quality, and increase access to healthcare.

They’ve tried creating high-performance networks in which patients see only the best doctors and hospitals. Other companies have used reference-based pricing, a strategy that pays doctors, labs, clinics, and hospitals a percentage of an established benchmark. Others have tried to cut costs by building medical clinics on corporate campuses—which may not be as helpful post-pandemic with remote work.

Williams believes the government must step in to truly change healthcare. “Insured employers can’t fix healthcare—unfortunately, they’re stuck at the mercy of it,” he says.

Williams says Nomi may save employers money and please providers, but there are drawbacks to paying directly. Because Nomi must ink contracts with each local provider and hospital, it will likely mean patients have a “narrow network.” This is good if you’re the preferred provider for an employer’s network—you’ll receive all those patients—but it means patients have fewer choices of providers for their care. That may work in a small community but would be less ideal in a large city, Williams says.

And the direct payment works when it’s an ear infection or an x-ray. But what about a terrible car wreck or a cancer diagnosis? Employers would likely be forced to purchase reinsurance to protect them from catastrophic healthcare costs that can’t necessarily be immediately paid out of pocket.

There’s also a chance that Nomi’s model may not encourage responsible behavior of employees, either, Williams says. Because employees aren’t paying a copay or a deductible, there’s a risk that they will overuse the medical system. “They won’t think twice about going to a doctor,” he says.

Newman believes Nomi’s network will be wide open, that employers already have stop gap insurance for catastrophes, and that deductibles don’t drive system abuse. “It’s a red herring,” he says. In fact, medical debt jumped to $140 billion in the last year, with an average debt of $2400, according to the American Medical Association. At least two-thirds of bankruptcies are tied to medical debt.

That problem has stuck with Newman since the beginning. And his initial inclination to pay off the medical bills of employees he knew were struggling? That has, in some ways, also come full circle. In September, Nomi Health donated $2 million to RIP Medical Debt, which paid for $200 million in medical debt accumulated by 176,000 people in Colorado, Florida, Nebraska, and Utah. Those people earn less than twice the poverty line or less than $53,000 annually for a family of four. Nomi’s donation was the largest corporate gift received by RIP Medical Debt since the charity was founded in 2014.

Newman, who talks about always wanting to build Nomi differently, called the donation a “no-brainer.”