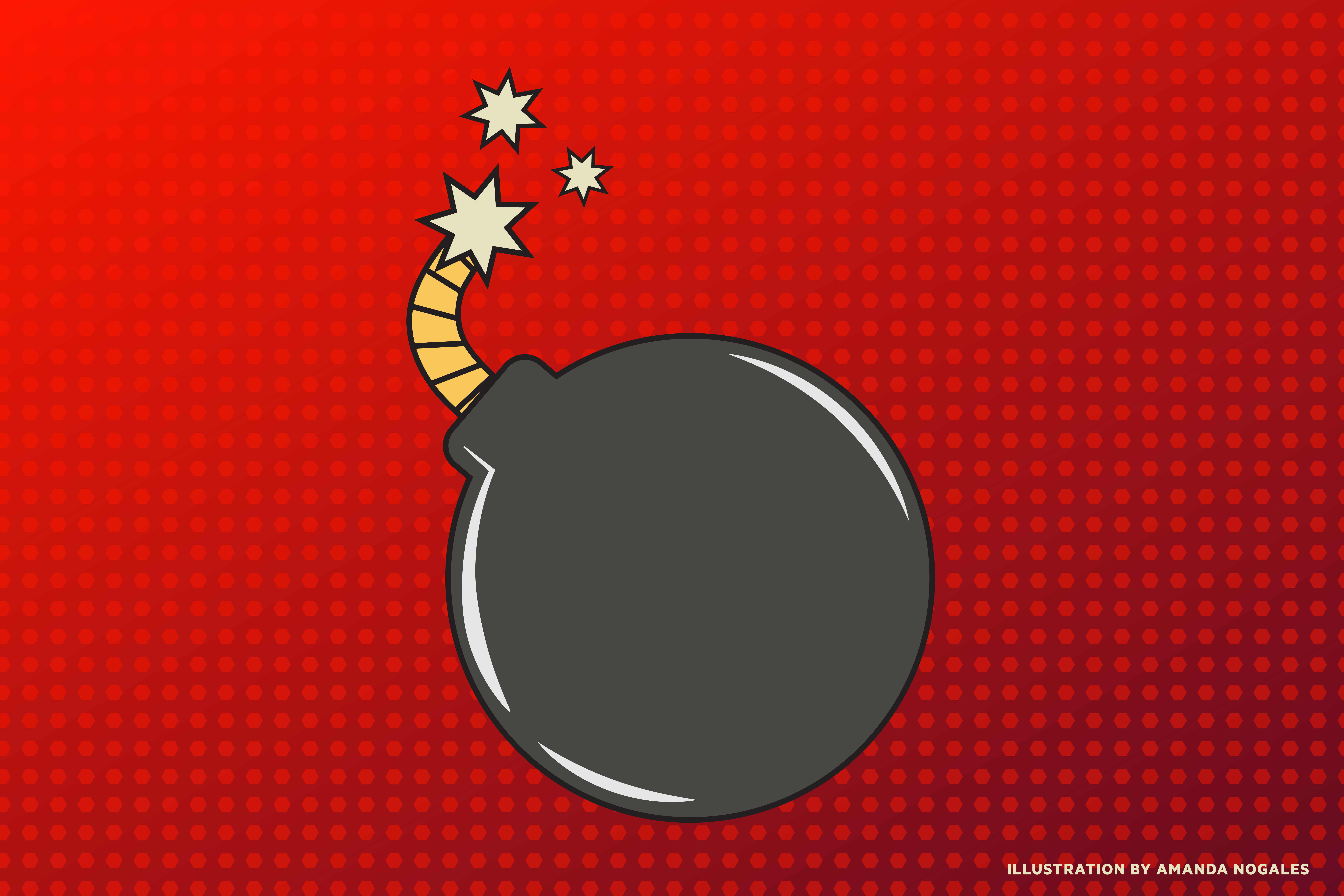 Tyler Measom has long felt a calling to tell the lore of Utah. In March of 2021, he brought one of the state’s most famous stories to millions of televisions across the world with “Murder Among the Mormons.”

The three-part Netflix docuseries tells the story of Mark Hofmann—a prolific forger of documents pertaining to the Church of Jesus Christ of Latter-day Saints—and the series of bombings he committed in the 1980s.

“Murder Among the Mormons” brought the story to a mainstream audience and made a star out of the late Shannon Flynn, who was interviewed for the series that became one of Netflix’s most-watched titles of the spring.

Both Measom and co-director Jared Hess—writer and director of “Napoleon Dynamite”—grew up in Utah. They began researching the story in 2017 and pitched it to anyone that would listen. They even sent it to Netflix a previous time before the streaming conglomerate accepted their second pitch.

Just researching and pitching the story was a big push—but once Netflix accepted the project, the work only intensified. “It was a labor of love trying to convince people that this is an amazing story, and I’m insanely proud of it,” Measom says. “Not just because of the content, but because it was done. Because I made it. We made this project. We brought it into the world where it wasn’t before.”

Measom believes he made a documentary series that was “very even-handed” and fair, one that doesn’t take unnecessary shots at the Church or its members and didn’t turn the story into more than what it was. “I think a lot of people were afraid that this massive Netflix project would throw punches at people’s beloved faith—or conversely, I think people wanted the project to pull the rug out from the Church’s upstanding nature, if you will—but it didn’t. I just wasn’t part of the story,” Measom says. “We told the story in three hours, mainly focusing on Mark…”

Hofmann forged many documents in the 1980s, several of them pertaining to the Church of Jesus Christ of Latter-day Saints. In 2002, the Deseret News reported that the Church had discovered 446 Hofmann forgeries in its collections. Then, in October of 1985, three bombings set the situation in motion.

Two of the bombings killed Steve Christensen and Kathy Sheets, for which Hofmann pleaded guilty to two second-degree murder charges in 1987. The other bombing injured Hofmann himself.

While Measom believes the story told was a fair one, he felt that a series titled “Murder Among the Mormons”—where the main storyline is the forgery of Church documents—was always going to be a controversial topic of conversation.

“The Church, the setting in Utah—they were the ballpark that allowed Mark to thrive,” Measom says. “People’s love of history, people’s love of artifacts, and I’ll say it—the culpability and gullibility of individuals in the state of Utah allowed him to thrive. It was the ‘short right porch’ of Yankee Stadium for a left-handed hitter if you will, and Mark took advantage of that.”

Measom believes there will always be people trying to pull the wool over your eyes. “There are snake-oil salesmen. There are used car salesmen with an agenda. There are preachers, there are business leaders, there are people trying to take advantage of you,” he says. “It’s pretty easy to get the facts, and most people don’t—many people don’t. That may be a forger, that may be a spoon bender, it may be a cult leader. And I just think it’s up to us as individuals to just dig a little bit deeper, and much of my work reflects on that.”

Measom’s work has largely been influenced by his upbringing in Utah, with the state’s culture shaping his career in a meaningful way. He started in the film industry at age 17, starting as a grip—one of the people who set up equipment—for movies that would come to Utah for filming, such as the 1996 movie “A Life Less Ordinary.”

“I remember being on that set and just being in awe,” Measom says of the movie directed by Danny Boyle. “As a kid, I fell in love with movies. I remember seeing ‘Raiders of the Lost Ark’ and just being wowed by movies and falling in love with them. I thought, ‘This is what I want to do.’”

Measom attended Utah Valley University, where he studied in the school’s small media department. As his website states, “He soon grew weary of carrying C-stands and instead desired to have others carry them for him.” Measom began to write and direct, starting with a short film and moving on to commercials and industrials.

In 2010, Measom directed “Sons of Perdition,” a documentary about teenagers who left Warren Jeffs’ Fundamentalist Church of Jesus Christ of Latter-day Saints. The film won a spot in Oprah Winfrey’s Documentary Club and has a 6.9/10 rating on IMDb. Among Measom’s other titles are “An Honest Liar” (2014) and “Biography: I Want My MTV” (2019). He has also recently begun hosting a documentary-style podcast on iHeart with Liz lacuzzi titled Was I In a Cult?

For “Biography: I Want My MTV,” Measom interviewed stars like Billy Idol and Pat Benatar. Getting someone to open up about leaving a religious cult (such as Jeffs’) or an ex-husband’s forgery and murder plots (as with Hofmann’s ex-wife, Dorie) is a completely different story.

“I think it’s just being able to listen to somebody. People are not used to being listened to,” Measom says. “It’s very rare for someone to tell their story without being interrupted by the other person telling their story. And so for me, to interview someone, I interviewed Shannon [Flynn] for “Murder Among the Mormons” over two successive days. I interviewed Brent Metcalfe for two days. And I think what showed in ‘Murder Among the Mormons.’”

Nobody really talks about the vulnerability of these older men, Measom says, who were of a generation that didn’t show feelings and didn’t cry or open up. “For them to really show their emotions on screen was beautiful and amazing, and to get them to that place was difficult for them, but also difficult for me,” Measom says. “It’s really hard to sit and listen to someone tell their tale for eight-plus hours. It’s exhausting and difficult, but worth it, because I respect their stories.”

From movies to podcasts, Measom loves the stories he’s been able to tell. His father grew up on a farm, and that same can’t-sit-still work ethic rubbed off on Measom. He loves to watch baseball, exercise, and spend time with his family, and he loves his work. He’s constantly thinking about his next project. “I love what I do. I love it. I’m good at it. It makes me happy. It makes me fulfilled,” Measom says.

He also loves Utah, though it sounds like a complicated relationship. Measom views Salt Lake City as if it were a teenager still growing up, fighting with its parents, and finding its legs and voice. “I’m a progressive individual,” Measom says. “I believe in progressive ideals. I believe in rights for all individuals. To see that being gerrymandered in this last census and this last redistricting really hurt because Salt Lake is a progressive city. It really is.”

Measom has left the Church of Jesus Christ of Latter-day Saints and moved away from Utah for the time being, but the state’s culture, beliefs, religion, and history have still stuck with him.

“Most of my work deals with belief and religion—it deals with why people believe things,” Measom says. “There’s a need for me to tell my fiction, my lore, my history, and the myths around my ancestors—a long line of Mormon families. Polygamy is even in my genes, for goodness sake! Like an Irish man who has to tell great tales of the legends of his past, I feel that same way about the legends of the lore of Utah and Mormonism and the great stories around it.”