Crypto is a good investment, if you stick to the facts

Btitcoin and all cryptocurrencies have been getting crushed for the last eight weeks which has many asking, is this the end of crypto as we know it? Has it finally been uncovered as a fraud, or is this just another temporary dip that will be erased in the months to come?

The big question for everyone looking at crypto is, where is it going? We try to make sense of it by reading articles, listening to podcasts, and watching the latest influencers on YouTube. One thing is consistent when the price is going up, cryptocurrencies are the solution to the world’s largest problems, and when the price is going down, cryptocurrencies are seen as just a speculative bubble with little to no material value. This is what we call “narrative.”

Now when it comes to understanding Bitcoin and cryptocurrencies, and predicting what the future holds, it’s imperative to understand how narrative―whether from the media, peers, etc. ― affects and interacts with the price volatility. The reality for any type of news, but especially for cryptocurrencies, is that the good news is never as good as they try to spin it, and the bad news is never as bad. Since the beginning of Bitcoin, the key to success and profits has been all about navigating the mainstream narrative.

Until 2017, the common narrative around Bitcoin was that it was unsafe, only used by criminals, and not real money. These were the stories promulgated because Bitcoin was misunderstood and it was the easiest way to get people to ignore it and avoid it. The only people that bought Bitcoin were those that did their own homework and ignored the mainstream narratives.

Over the last year, Bitcoin has seen some extreme volatility: skyrocketing from $10,000 all the way up to $64,000, back down to $30,000. Because prices are so volatile, people often look for reasons as to why it’s happening and for answers in the form of a narrative.

Today, the narrative I’m hearing is that Bitcoin uses too much energy, that it’s being banned by China and thus might be banned worldwide, and that it has no material value and will continue to decline in value. The same narrative extends to the rest of the cryptocurrencies by saying they were all just part of a “speculative bubble.” The current narratives want you to think that the opportunity in crypto has come and gone and that you’ve missed your chance.

If we now cut through the narrative and stick to the facts, we can decipher reality. So what is reality?

When news gets released, like anything mentioned above, it only has an impact on the market for a few days until the next shiny news update hits. When we take a step back and remember the progress Bitcoin and other cryptocurrencies have made over the last 12 months, we have to remember Rome wasn’t built in a day, and cryptocurrencies won’t change the world tomorrow. But they are here, they will continue to gain traction, and more people will find use cases for them until they are as pervasive as the internet is in our daily lives.

The lesson to be learned is to not let narratives dictate your actions. It’s especially important when investing because it will often be the difference between thousands, if not millions, of dollars. 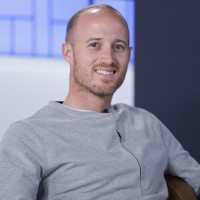 I teach the Crypto Investor Accelerator Course that includes a 4-class cryptocurrency course, private Slack group, and Weekly Q&A calls to teach you everything you need to know to be a successful Bitcoin and Crypto Investor. I bought my first Bitcoin in 2016 and turned $13k into $1.2M. Before I found Bitcoin, I played collegiate golf at BYU and am a scratch golfer. I graduated with an Electrical Engineering Degree and an MBA from BYU. I was previously a Partner Sales Executive at Xamarin & Microsoft.