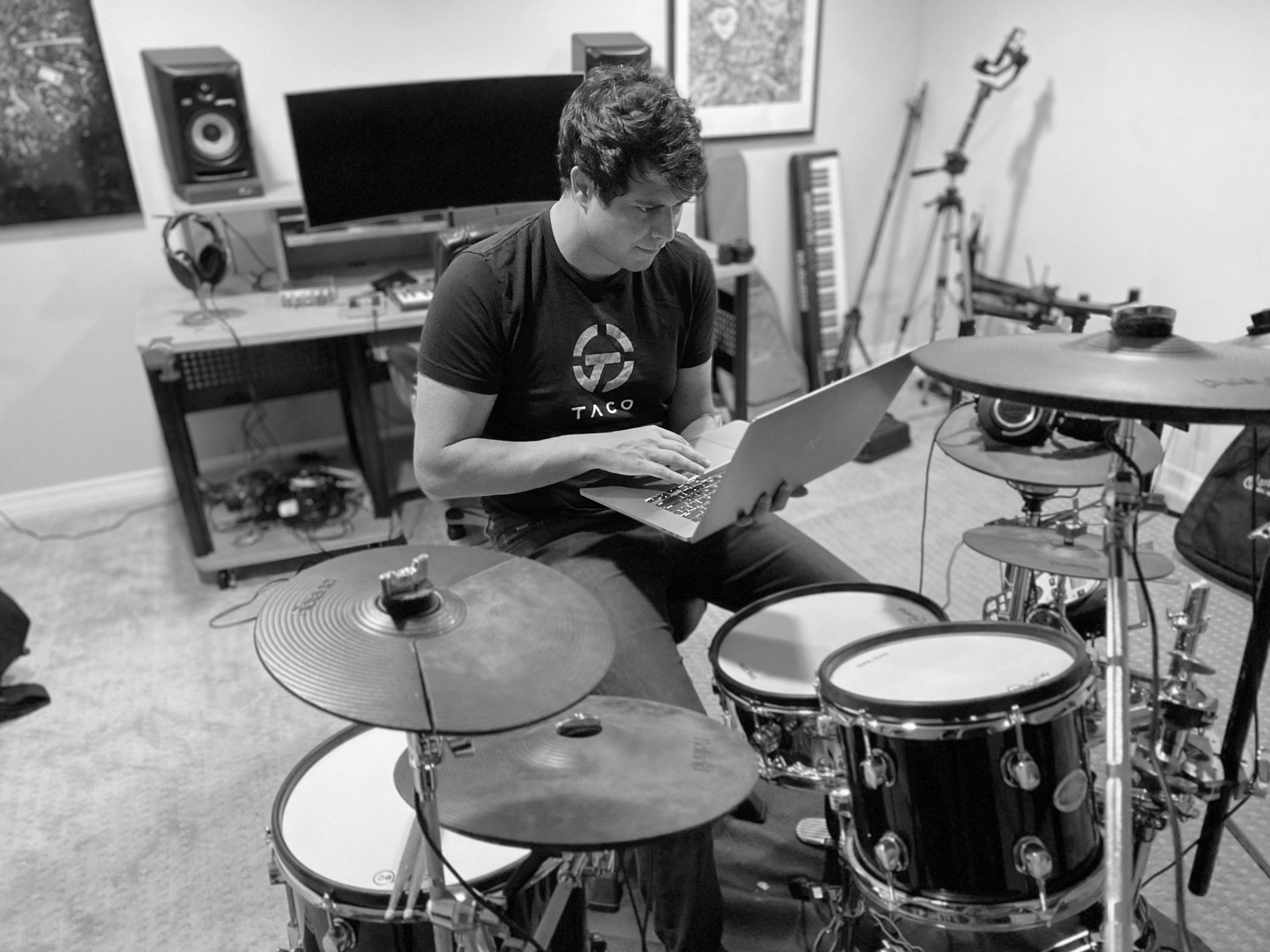 I was born in Recife, Brazil before moving to João Pessoa when I was seven years old. A couple of years after the move, my Mom brought home a computer― she was one of those really old school developers using that blue screen kind of stuff you see at the pharmacy. The computer she brought home was an early-stage computer with no internet connection and she quickly set a rule in place that the computer was ONLY for working and developing. I would’ve loved to play games on the computer but she wouldn’t allow it, so as a little boy, I spent hours on the computer programming instead.

My first exposure to computers was obviously unique―not a lot of other children had a computer in their home and if they did, they weren’t being taught how to code on it. My Mom’s choice to bring home that computer and set those no-game rules set me on the path that I am on now. Looking back, it was such a privilege to spend my childhood super intrigued and passionate about computers, and I am so grateful for her rules.

Starting (and selling) my first company

By the time I was 16 years old, I had become known as the “computer guy” and I decided to start my own company. It was the very early days of the internet, so a high school friend of mine and I had the idea to start a web hosting company (imagine something like GoDaddy now). There weren’t very many web hosting companies around at the time, and the company grew to 15-20 employees over the next ten years before we sold it in 2007.

Parting with that first company wasn’t a challenge for me because we already had another company going. It wasn’t anything crazy― we basically just redeveloped projects for third parties because I always had this idea that we could earn money to operate while developing our own internal projects. Our creativity really shone when it came to internal projects and I knew that we were destined for success.

Our idea was a pretty big success and we got close to 1 million users pretty quickly―celebrities in Brazil were even using and talking about it regularly. It was the first time I created something that actually reached a critical mass and I was so proud. There was just one problem―I had absolutely no idea how to raise money. I knew nothing about Brazil’s venture capital scene and I, admittedly, was not very keen on that business.

Twitcast.me just shut down. It wasn’t generating enough money, it was hard to keep spending time on it. We started at a great time, had a great user growth success, but didn’t have the capital to keep pushing it, and eventually became really saturated with many big players.

As we were working on Twitcast.me, we continued our journey as a development shop. At one point we were even developing internal products for IBM and some local newspapers in Brazil. Around this time, opportunities also started opening up for us in the US― I had a friend who had just moved to New York from Tennessee and he was encouraging me to do so as well. “It’ll be a much bigger market for the company,” he kept telling me, so I decided to stay with him for a while and try it out.

Though I had gone to college while developing (and selling) my first business, I treated my education mostly like a side-gig. I was taking marketing classes at night and then working during the day― I only went to college because I felt like it was some sort of requirement. That being said, I think moving to New York was the biggest “university” for me because it was unlike any ecosystem I had ever experienced. My time in the city really helped me understand everything about startups, how venture capital works, etc.

After moving to the city, I continued working with our development shop but I was also eager to create my own project. This desire inspired me to create Hackhands, a marketplace for developers to find other developers to help them with their projects in real-time. The idea stuck, and I quickly began looking for opportunities to expand the project.

As soon as I got myself out there and began networking (this was my first business in the US, I knew no one!) we began getting some traction and I managed to score us a seed round from a firm out in San Francisco. My team moved to California and we closed the development shop for the last time, investing everything we had into Hackhands. We continued developing Hackhands for a few more years and raised a bit more money before Pluralsight acquired us in 2015. Following the acquisition, my team moved to Salt Lake City and joined Pluralsight.

Taking on the music industry

I was still working at Pluralsight when I had an idea over a long weekend that would later become Moises.ai, my next startup. My wife was traveling and I was recording myself playing the drums (a hobby I had picked up in high school) to upload to my Instagram account (@geraldoramos). I was attempting to record myself playing the drums over a popular song (as I had done several times over) but it was never ideal because the original drummers were still there and I was basically competing with them to be the dominant sound. It made practicing hard and I wanted to come up with a solution.

Since I had a lot of free time that weekend, I decided to solve my own problem and develop a program that would allow me to upload a song, isolate certain instruments from a track, and play my own instrument back over the track. That was the initial concept, anyway. It was definitely not a new idea, but one that was complicated to bring to life.

In fact, one of my first major challenges was to figure out how to reverse engineer a song and separate the tracks quickly so people could remove a vocal from a song and sing along or remove the bass from a song so they could play the bass on top of it. These things are hard to build out and create, so I used a 2020 paper published by Deezer that dove into creating a user-friendly way to split tracks. This was the initial model for Moises.

I posted the software on ProductHunt that November and it immediately began to get a lot of rotation. We soon landed in the top 5 on the website and by December we had over 50,000 users. I quickly realized that I had a good business plan and the idea could be something big, so I quit Pluralsight and made Moises a full-time gig with the help of two friends turned co-founders from Brazil and San Francisco.

From the very beginning of Moises, my co-founders and I have remained united in the belief that development should be for the good of others and that it should always create solutions. Many people just create code to feel cool. But that’s not us. With Moises, we took the code we learned about and applied it to real solutions. Now we don’t even use Deezer’s research, we’ve developed our own, but this wouldn’t have been possible without that joint belief from company inception.

Speaking of development, we’ve had to do a lot of it. When we first launched, we only had a web platform but we quickly realized that most people are using mobile apps. Because of this, we decided to go mobile and brought my brother in to help develop an app in May 2020. Later that December, we launched and quickly found our bread and butter, celebrating over 5 million users in the summer of 2021. We’ve been fortunate enough to hit number two in the US and number one in Japanese app stores, ahead of all other music apps.

As for funding, we never had to go looking for it―we immediately had our users pay for the product as a monthly subscription because we wanted to know if this product was worth it to them. And because our users were more than willing to pay, there were no major overhead costs since this project was basically just me and a few guys coding in our spare time.

However, things changed this summer we accepted a seed round from Kickstart―and we are excited about the growth opportunities that these funds enable. Moving forward, we are going to develop specific strategies for each of the 200 countries we have a presence in, focusing on meeting the needs of the creatives in each space.

One of the most rewarding things to me is that we hit 1 million users exactly one year to the day of our launch―things really escalated quickly for us and we have no intention of slowing down.  Personally, I think so much of our success has to do with the fact that I am blending the two things I am most passionate about: music and development, so nothing I ever do feels like working. 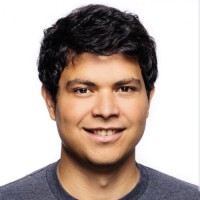 Geraldo Ramos is the co-founder & CEO of Moises.ai.