‘The Gabby Petito Story’ film premieres just one year after her murder. 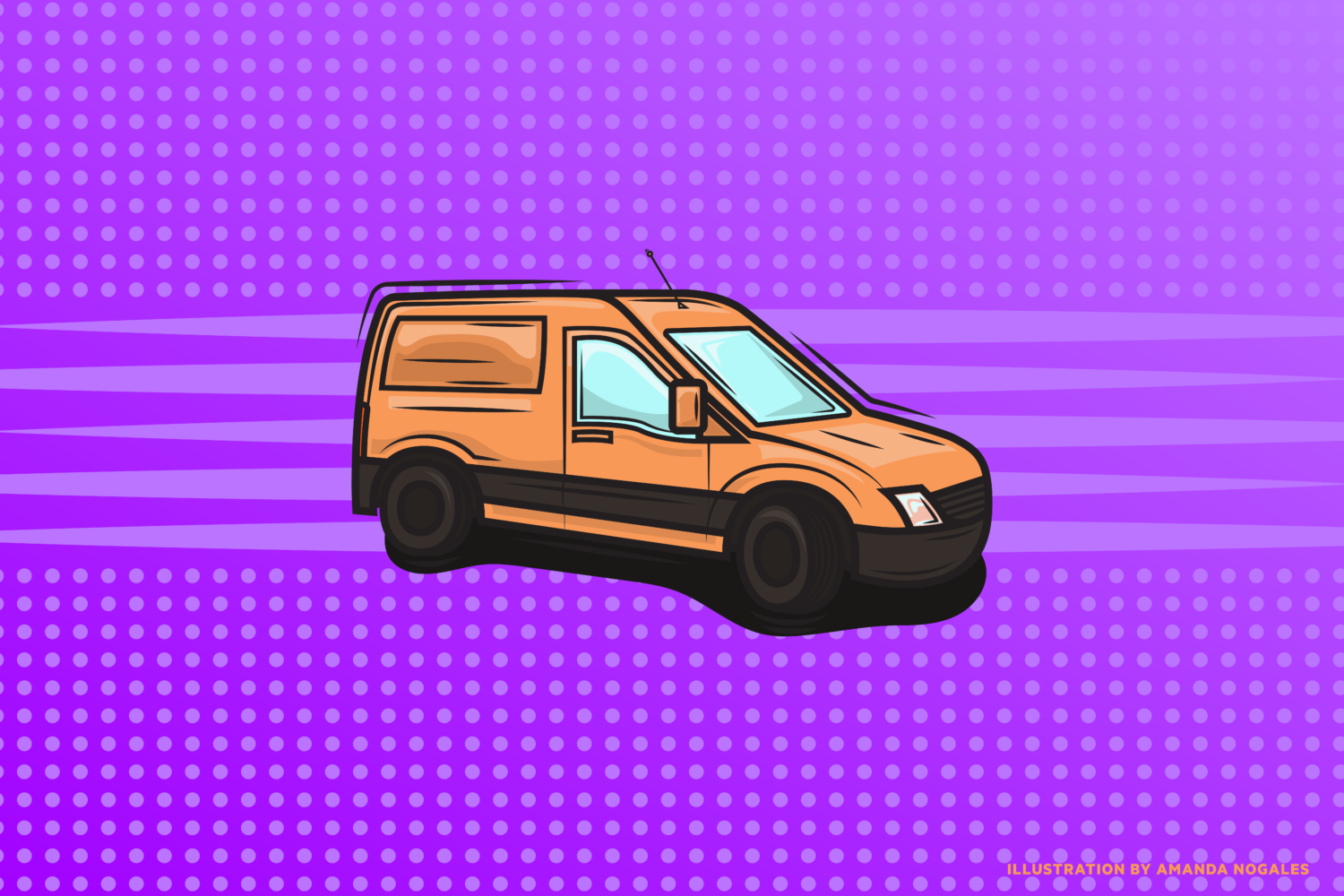 The real-life revelations and court cases surrounding the 2021 deaths of Gabby Petito and Brian Laundrie are still playing out, and it’s been less than a year since the viral case took off on social media. Despite this, filmmakers descended on Utah to make a movie about the couple’s final days.

The Gabby Petito movie, called “The Gabby Petito Story,” will depict the events around the 2021 murder of 22-year-old Petito. The television movie was picked up by Lifetime and will be the directorial debut of actor Thora Birch, famous for her roles in “Ghost World” and “American Beauty.” Birch plays Petito’s mother in the Gabby Petito movie, which is part of the network’s Stop Violence Against Women campaign. The film premieres this Saturday, Oct. 1.

First announced in early May, the project came with a promise from the network to publish a PSA alongside the film aimed at increasing awareness about domestic violence. In June, a crew was seen in production for the film in Salt Lake City, with photos showing the actors filming scenes as Petito and Laundrie. Right away, social media users balked at the idea of a movie.

Cultural critic and writer Ella Dawson criticized the news on Twitter alongside many others, calling the filmmakers “vultures” for capitalizing on the case less than a year after Petito’s death.

“I know that Lifetime says that it has this mission to raise awareness about domestic violence,” Dawson says. “To me, it just feels like an attempt to grab onto this massive viral story…something about it feels off.”

The film is written by Greg Small and Richard Blaney, who’ve crafted the scripts for several crime stories based on real-life events. The production company, Hollywood-based Hybrid, primarily makes holiday movies for the Hallmark Channel and Lifetime as well as thrillers.

The virality of the topic has drawn efforts from true crime filmmakers before. Within months of Petito’s murder, NBC-owned streaming service Peacock released a Gabby Petito documentary titled “The Murder of Gabby Petito: Truth, Lies and Social Media.” The film has an average rating of 6.3 out of 10 stars on IMDb and user reviews that claim the film is an “emotional rollercoaster.”

For Dawson, part of the problem with Lifetime’s Gabby Petito movie project is that it appears, based on promotional material, to ignore underlying power structures like patriarchy in Petito’s story. This is a large portion of true crime storytelling, she says, especially through mainstream platforms. Her own takeaway from the genre was that many true crime films present a paradoxical worldview: Women are attacked by making a mistake that leaves them vulnerable, while at the same time, violence targeting women is ubiquitous and random. The latter point can be a form of comfort, Dawson says, because it means the threat is outside of a woman’s control.

A survivor of domestic violence herself, Dawson says true crime left her unprepared when she encountered abuse within her own partnerships.

“It’s so weird to think about all the media that I consumed that taught me domestic violence happened to a certain type of woman who made an individual mistake that made them vulnerable to being preyed on,” she says.

“It’s not the most binge-able, it’s not the most comforting, and it asks a lot of your audience. Are we engaging with these larger forces that are keeping domestic violence a huge issue?”

The young couple had quit their jobs and were on a cross-country road trip when Petito disappeared. They spent their final weeks mainly in Utah and visited national parks like Zion and Bryce Canyon, as well as Salt Lake City. Eventually, reports trickled in that the couple had a violent incident near Moab in which both were hitting each other.

Eight days after she was initially reported missing, Petito’s remains were found at a Wyoming campsite. An autopsy report found she had been killed by blunt trauma and strangulation. While police began to believe they’d tracked down Laundrie at his parents’ home in Florida, he was never arrested. Instead, his remains were found nearby about a month later, and an investigation eventually concluded that he’d shot himself.

The Petito case was trauma-inducing for many reasons. For one, the frenzy to look for clues around her disappearance was so viral it became impossible to avoid. Like the Amber Heard and Johnny Depp domestic violence trial in 2022, social media platforms were inundated with information about the case, regardless of whether it was triggering to others.

Crowdsourcing in an individual case of harm can be an incredibly helpful online tool. For example, when a refugee boat crossing the Mediterranean went missing in 2014, internet sleuths joined with Medium and journalists around the world to help track down what happened to the migrants and exposed a deeply abusive system of smuggling that put migrants at further risk. In the years since, the news site Bellingcat has used crowdsourcing in several investigations to expose war crimes.

A key aspect of these examples is organizing through trained professionals who know what to ask their audience for help with and, most importantly, can help organize efforts. Comparatively, the Petito case first went viral on TikTok before it crossed over to all social media platforms. Within days, a subreddit dedicated to the case amassed more than 33,000 members contributing to discussions and posting information.

Users took it upon themselves to look for clues. Some unearthed genuinely helpful information, like a YouTuber couple that realized they’d captured footage of Petito’s van around the time of the murder. The couple’s video on YouTube went viral. Many others were accused of inundating authorities with unhelpful or redundant information.

Another complication the Lifetime film brings up is the cultural obsession with true crime as a genre and violence against women in particular: The Petito case revealed the disproportionate media attention given to domestic violence that targets white women.

Mainstream news and true crime programs have drawn criticism for years that their coverage only focuses on violence against white women, while an endemic problem of violence targeting women of color goes largely unnoticed by the same platforms. Utah, for example, is a state with one of the highest rates of missing and murdered Indigenous women. But the Hollywood project taking over Utah’s space for discussions about domestic violence doesn’t appear to mention these victims or deal with that topic at all.

Entire news channels and TV shows are dedicated to true crime, bringing horror stories about missing and murdered women and children into viewers’ homes daily. The rise of prestige documentaries and radio programs exploring real-life true crime cases have brought in audiences that would have avoided channels like Lifetime or CNN. True crime is such a cultural staple that researchers have attempted to understand its appeal to women—who are, by and large, the demographic that consumes these programs. One study found that women overwhelmingly read true crime when choosing violent reading material; men, on the other hand, chose stories about war or gang violence.

Critics like Dawson believe the storytelling surrounding true crime stories and the Gabby Petito movie needs to be held to a higher standard. She’s looked for evidence that Petito’s family was participating in the project but couldn’t find any—something she points to as a problem because the Hollywood depiction could compound their suffering.

At the same time, Dawson says the narratives in much of the true crime genre can be two-dimensional and fail to engage with the deeper causes of abuse. “I think the vast majority are telling simple stories that don’t engage with larger structures of power,” she says. “It’s not the most binge-able, it’s not the most comforting, and it asks a lot of your audience. Are we engaging with these larger forces that are keeping domestic violence a huge issue?”