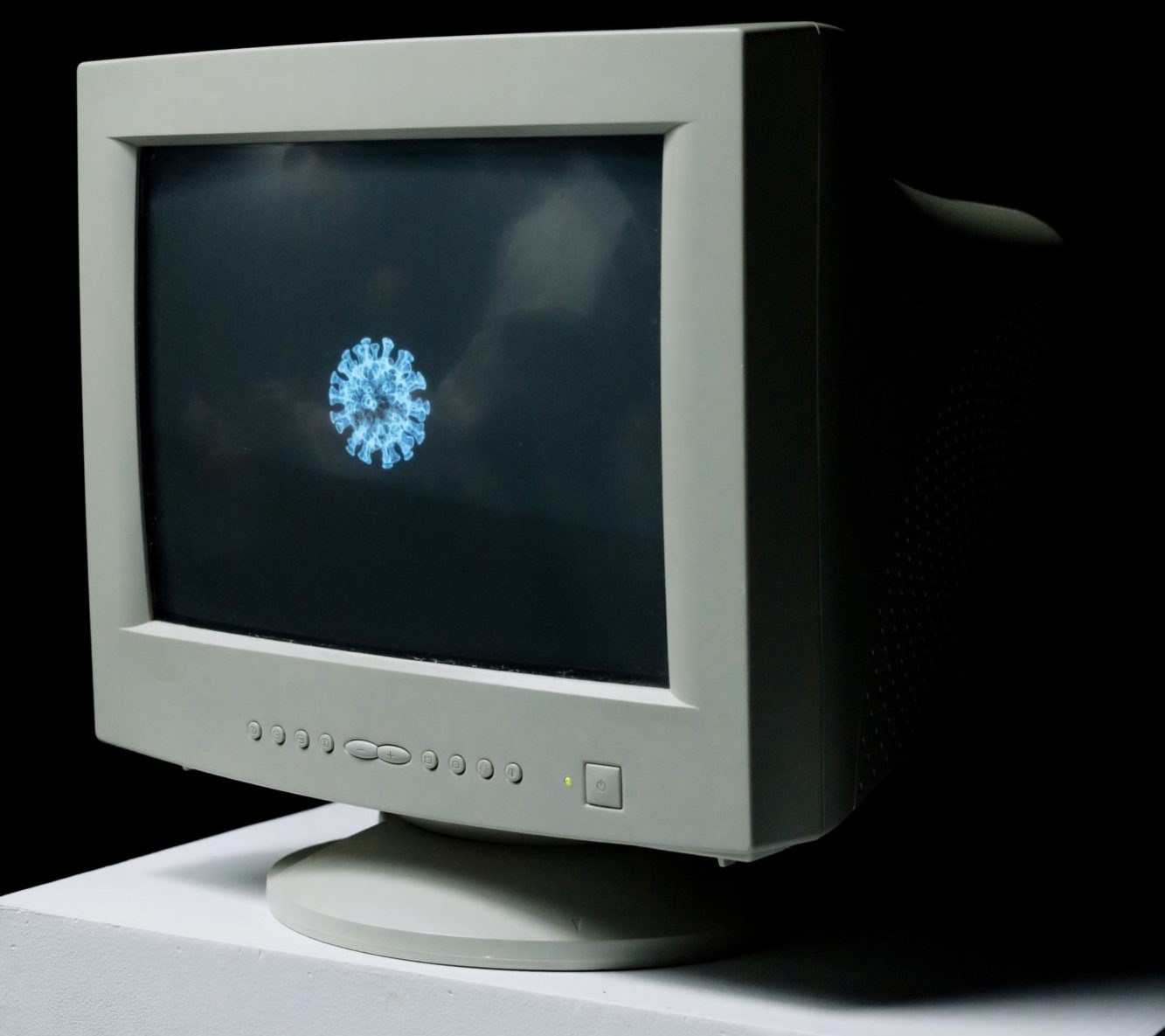 Life sciences raised $1 billion in capital last year, and we know why

In the past year, ten companies in Utah’s life sciences sector raised a combined $1 billion in capital―the largest round of funding in recent memory.

“We spent the last few years building, and we finally reached a critical mass,” says Katelin Roberts, executive director at BioHive. “The influx of cash coming to the state wasn’t a coincidence. It’s really a realization of the work going on behind the scenes for over a decade.”

According to Kelvyn Cullimore, CEO of BioUtah, Utah’s life science sector has been on the cusp of explosion since 2018.

“A few years ago, a study by the Kem C. Gardner Institute named Utah as number one in growth across the top 20 markets for life sciences in the United States,” he says. “That growth has not slowed in the three years since. Instead, we’ve seen significant increases both in jobs and funding across the board, in every discipline from medical devices to biotechnology—all of it.”

The era of IPOs

The record amount of capital raised was driven by many of the ten companies going public. Owlet, Clene, Sera Prognostics, and Recursion started selling shares on the open market, with Recursion leading the pack at $436 million raised.

“The explosion of growth we’re seeing―and really, the ability to go public and get access to capital from these new markets―is largely thanks to already great companies maturing,” Cullimore says. “The introduction of special purpose acquisition companies, or SPACs, has sped up the process of raising outside capital.”

The ability to have so many companies grow to maturity is a magnificent feat in its own right, Roberts says.

“Even five years ago, raising money in and for Utah was a complete nightmare,” she says. “You would go to investors outside of the state and pitch them ideas, or even a full-fledged company, and it’d just be a barrage of questions: ‘Why are you in Utah? What’s even in Utah?’”

Roberts says she became very familiar with the advice to “just move your company to California.”

“The companies I was working with would go around on a roadshow, and it would be door after door slammed in our faces,” she says.

Most disheartening for Roberts was the knowledge that Utah had more to offer than many investors were willing to investigate. Instead of packing up and heading for Silicon Valley, Roberts, the team at BioUtah, and companies and individuals across the state firmed up their footing on Utah’s firm foundation.

When the spotlight finally started to shine on the state, Roberts says Utah’s three-pronged approach prepared it to handle the attention.

“This state is often framed as pro-business,” Roberts says. “But it’s far deeper than that―we have a government, at every level, that not only incentivizes businesses and business owners to grow but sticks alongside them as they do.”

“We had a startup company that wanted to expand into the markets of Mexico and Brazil,” she says. “And the WTC Utah got us the connections to make that happen, to get the investors there and find grants and funding. Government interaction and dedication on a scale like that is a real rarity.”

Many of the largest academic institutions throughout Utah are public schools, also supported by the state government. “From the University of Utah to Dixie State, we pack a punch in academic research,” Roberts says. “How many smart students we pull into the state, and the amount of work that they turn out, is really remarkable for a state of our size.”

A legacy of innovation

The history of Utah’s business sector is what drives it home for Cullimore.

“Things haven’t changed so much as we’re finally being recognized for our work globally,” Cullimore says. “We’ve been a leading life science hub for a long time.”

For years, Utah has led medical device innovation. “Going back to the days of the artificial heart, you can see a pattern of new and lifesaving developments,” he says.

When one life science company is successful, it attracts another. And another. And another. “That’s why we have the hub that we do,” Cullimore says. “Living here, we’ve been able to watch these companies spring up, split off, and keep growing. This industry, it’s like a cell dividing―each new company sparking the need and ability to create another.”

Companies like 3M, which started in Utah over 30 years ago, fit this model. “You think of 3M as adhesives, post-it notes,” Roberts says. “But they’re straight-up health care IT. They set up shop in the state for their healthcare IT business and got their foundational IP for what is now their electronic medical records system at the U. That’s had a huge impact on our community, just feeding into the culture of health and life science innovation.”

A community based on collaboration

Roberts, who used to live in Seattle and, yes, California, says that it’s also the people in the business community, not just the businesses themselves, who are unlike anyone else she’s worked with. “Utahns want to offer hands instead of elbows,” she says. “We take these world-class institutions, this legacy of innovation, and we use it to build each other up.”

All these factors came together to make Utah a breeding ground for startups waiting for the right time to explode. “We’ve given life sciences and healthcare innovation a brand-new face in the state,” Roberts says. “People’s eyes don’t glaze over when you start talking about science here. Our environment is unlike any other in the country―we’ve created a place that anyone can fit into.”

The impact of pandemic innovation

What finally made the pot boil over, though, was the Covid pandemic.

“Most people don’t realize that the very first salvia tests were approved by a Utah company,” Cullimore says. “We had that sturdy underpinning of testing and diagnostics, and when the demand spiked in early 2020, we had the talent, skill, and resources to meet it.”

And the bump won’t be a temporary boost, Cullimore says. “Co-Diagnostics and Biofire saw sales and earnings go up over 14 percent in the last year,” he says. “But Covid is expected to be like influenza, where it doesn’t ever really go away. The need for testing is going to hang around, and we’ve proven ourselves to be a dependable and innovative resource for the country.”

The innovation doesn’t end with these established—and now public—companies. “What we’ve seen in the past year, it’s only the beginning,” Cullimore says. “The success from the recent IPOs and our established companies is indicative of what we’ve got coming in the pipeline. There are companies like them, with fantastic ideas and big potential right behind them. We’re anticipating a series of peaks and valleys, and in a few years, an explosion of capital like this all over again.”

This collaborative effort is a strong explanation for why Utah has seen millions upon millions of out-of-state dollars.

“We have top VCs talking about how great Utah is to invest in,” Roberts says. “It’s just night and day. We’re getting the visibility we’ve worked toward, and the startups that we’re nurturing today will be able to ride the coattails of these accomplishments. We’re at the point now where we’re just throwing gas on the fire.”

James McCullough, CEO of Renalytix, agrees with Cullimore and Roberts on the three-pronged draw of Utah. “In moving to Utah, we’ve had zero loss of talent acquisition,” he says. “In many cases, we’ve been able to increase our talent pool from the fabulous universities and companies that surround us. Everyone has been incredibly supportive of our work and our mission, and it’s evident to me that our sector will only continue to grow.”

McCullough also says he’s seen his paycheck increase since moving from the East Coast, gotten more office space for a fraction of the cost, and benefited from partnerships with the University of Utah’s research labs.

Out of every advantage that came with the shift of headquarters, however, McCullough says it’s the lifestyle of the state that made him―and companies like his―want to move for good.

“During the pandemic, we discovered that you don’t have to be in-person for everything,” McCullough says. “We did our entire IPO on the NASDAQ remotely—four days of intense conversations—and I got to sit in my office in Park City, looking at the beautiful view.”

While he sometimes misses the hustle and bustle of NYC, he says nothing compares to being able to take a hike, go on a trail run, or just sit on a porch in the middle of the day.

“Utah is a gem,” he says. “This state has a lot of assets. The government is supportive of innovation, the state has decades and decades of success stories in business, and the people are smart, talented, and driven. We have the University of Utah, a leader in the work we’re doing, right next door. But when you add the landscape we get to do our work in? I’m banging the table promoting this place to everyone else in the business world.”

“We were watching the coordinated efforts at the state, company, and individual level to attract new players into life sciences, and we took a chance on it,” he says. “In the end, we’ve sacrificed almost nothing in the move and gained more than we could have expected. Everybody is coming this way, and I’m excited to ski with them.”