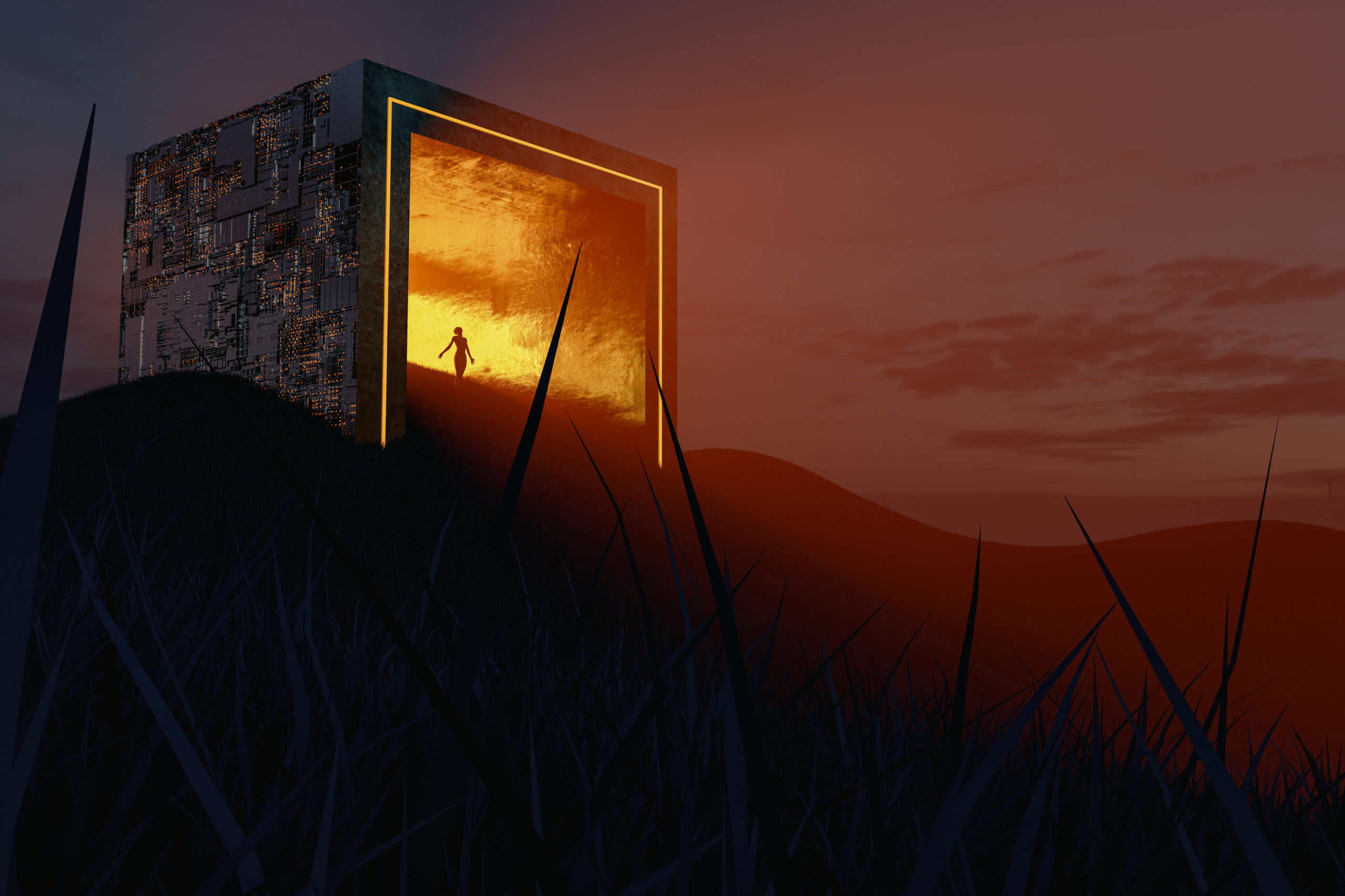 These companies hope to (literally) resurrect the dead

“What I would love to have is a homeostatic, isometric, self-managing greenhouse that looks into my iris and my retina, takes a blood sample and looks at my breath, checks my toilet assay, and grows the stuff I need for me.”

So says David Gobel who, as co-founder of The Methuselah Foundation, hopes to increase the healthy human lifespan.

He’s onto something, because in 2000 NASA asked him to create the very same thing―but for space colonies. Searching for a way to grow food that is ideally suited for consumption in space, the aerospace company partnered with The Methuselah Foundation to figure out how to do it, launching a competition to that end in May 2021.

The Deep Space Food Challenge ends in September and will reward the 20 highest-scoring teams $25,000 if they can “create novel and game-changing food technologies or systems that require minimal inputs and maximize safe, nutritious, and palatable food outputs for long-duration space missions, and which have potential to benefit people on Earth.”

If NASA hopes this challenge will result in the ability to feed four astronauts living in outer space for three years, The Methuselah Foundation hopes that, as a byproduct of creating this garden of the future, we will also be able to biologically engineer food that will help human beings live longer, healthier lives.

I wrote about startups on the quest to increase the human lifespan before, but after publishing this article for Utah Business I quickly learned the subject matter wasn’t done with me yet.

Shortly after publishing the article, a number of longevity enthusiasts, startup founders, and venture capitalists reached out to me excited by the prospect of living to 120 and beyond―and wanting to correct my theory that the pandemic had done something to eradicate that desire. Quite the opposite, they assured me.

“People who hit a certain level of wealth come to the realization that they can’t buy everything―they can’t buy this protection from aging. So they’re going to continue to pour billions of dollars into that research because it’s the thing that will elude them forever,” says Dalton Wright, partner at Kickstart Fund.

“But I think that what I’m seeing is that it’s going to be an insatiable thirst right now. And it’s going to continue to attract significant capital as evidence comes out that there are things that you can do to extend your lifespan.”

As an example, Wright mentions Bryan Johnson, an entrepreneur who, after graduating from BYU, founded the payment solutions company Braintree which purchased Venmo in 2012 before selling to PayPal in 2013. Using $100 million of his $800 million exit, Johnson founded the OS Fund “with the ambition to author a better future for humanity.”

One of the companies to come out of that ambition was Johnson’s own. Even as he left Utah and moved to California, Kernel began a sort of secular search into the deep―not of the ocean or outer space, but of the inner depths of the human mind. In July 2020, Kernel raised a $53 million round―led by General Catalyst―to plumb the mysterious realms of neuroscience.

“He’s like an Elon Musk, essentially,” Wright says. “He’s going after the non-software companies―synthetic biology companies, life extension companies, asteroid mining―all the big ideas in science and technology. And he’s put a bunch of his own money into taking huge swings like that.”

Wright thinks these forays will bring about a future in which we can learn much more about the human body and what makes it work. “People don’t realize we’re heading into a world where machines can read our thoughts,” he says. “We’re not there yet, but it’ll happen. There’s a world where we can control machines with our thoughts―and that’s a benefit to humanity, actually. [Johnson’s] visions provide a very positive view of the future.”

The resurrection of the dead

Johnson isn’t the only futurist to come out of Utah. In fact, he’s symbolic of an entire movement of them called the Mormon Transhumanist Association (MTA). According to Wright, the MTA are “a quirky group of futurists, who are reconciling their own degrees of faith or lack of faith with a technological future.”

From Carl Youngblood, a blockchain specialist for Amazon Web Services who moonlights as co-founder of the MTA, I learn of an organization that marries religious theology with secular ideals of transhumanism to dream up a future that is one part Book of Revelation and one part “In Time”―and yes, I’m speaking of the psychological thriller starring Justin Timberlake in which no one ages past 25.

According to Youngblood, the MTA has an ethos that goes something like this: Religion “talks about a day of transfiguration―when those who happen to still be on the earth will experience some kind of transformation of their body that causes it to be immortal and when those who have already died will be brought back to life. And while this might seem weird and far fetched, some secular transhumanists, as well as religious transhumanists, think that resurrection will be technological.”

In other words, we don’t have to wait around for “eternal life,” we can invent it. Humans could one day become so technologically advanced that we are able to prolong our lives near indefinitely―and the OS Fund is actively working on it. Several of the biotech companies in its portfolio are focused on eliminating age-related diseases (one is even attempting to make a cancer vaccine), one plans to redesign food to be healthier and more sustainable, and another plans to use algae for fuel, making our air healthier to breathe.

Most of these companies are based out of the Bay Area, but MTA co-founder Lincoln Cannon assures me that longevity is the goal of many biotech companies in Utah, even if that’s not the official party line. Cannon himself is the founder of Thrivous, a supplements company he hopes will utilize what we already know about longevity to help us live healthier lives now while bankrolling research into how we can live longer lives in the future.

And then there’s Ancestry. “If you look at the Church, the emphasis on genealogy, the fact that Ancestry.com was launched in Utah―there’s something that’s really interesting about enduring linkages of people when you’re talking about longevity,” Wright says. And “there’s a lot of interesting data when you combine DNA with a family tree and a belief in the eternal linkages of families.”

Cannon, who used to work at Ancestry, says those linkages serve a purpose―that by gathering all the information we can about a dead person, some future artificial intelligence will be able to use that information to “generate a person anew.” Sort of like how the dark mastermind of Westworld uses memories of his former co-founder to create a sentient, AI robot version of him on the eponymous show.

“I have a lot of friends who still work at Ancestry.com,” he says, “This isn’t the mission of the company officially or anything like that―but they think they’re working on keying the database for the resurrection.”

Even so, “the resurrection of the dead” is not a uniquely religious concept. Indeed, it’s long been the purview of cryonics companies such as Alcor and Nectome―who freeze clients’ bodies (in the case of the former) and brains (in the case of the latter) in hopes that one day we might have the technologies needed to revive them.

According to Utah-based physician Jordan Roberts, who once consulted for Nectome: “we need to change the way we die and create a large bank of well preserved human brains that represent the neural diversity of our species in the hopes that one day we will understand the brain well enough to emulate it, either digitally or with some sort of analog version, and I think the capacity to do this preservation is well within our current technological grasp.”

The Methuselah Foundation is a sort of nonprofit incubator and funding entity for anti-aging and longevity research and, though secular in scope, it’s named for the biblical grandfather of Noah who lived to be 969 years old―the longest-lived person recorded in the Old Testament.

The organization plans to “make 90 the new 50 by 2030,” and there are several practical ways they plan on accomplishing this. Funded by their first venture, the 3D bioprinting company Organovo which went public in 2012, the 10 to 11 companies in the organization’s portfolio aim to cure cancers, decrease cognitive impairments, reverse atherosclerosis, remediate Alzheimer’s―even 3D print mini livers, kidneys, and intestines.

The goal of this last technology Gobel says, is to “take animal testing out of the picture by 2030, maybe 2035, depending on the regulatory climate. Ninety-five percent of all drugs that work in experimental mouse models end up not working in humans,” he says. “Were you aware of that?”

Methuselah even has a hand in epigenetic reprogramming, which “reverts the age of individual cells to a youthful state.” This could allow someone who might otherwise need a hip or knee replacement to instead restore the youthful function of that joint. Provided an in-vivo solution proves successful, which is currently in the works, these advancements could be available for human use in the next five years, effectively eradicating the symptoms of aging.

If a lot of this sounds like science fiction, Gobel doesn’t see any of it as far-fetched. There are already 300 people on this planet who are older than 110, he points out, so we know humans can accomplish that. And if we can eliminate what’s killing the rest of us early, say by reversing the effects of aging―and perhaps even eliminating car accidents with the advent of autonomous vehicles―then we can live longer, healthier years as a whole.

One to two key advancements could, theoretically, lead to another leap in life expectancy, just as vaccinations and other public health measures caused life expectancy rates to jump by 30 years in the 1920s.

In the end, maybe it is a little out there, but maybe that’s what we need. “It’s almost like the belief or faith comes out in front of the actual scientific discoveries,” Wright says. “You have to have a community believe in it before it becomes a reality. And that’s what this space is: It’s the early adopters who actually believe we’re going to live longer. That, I think, will drive more of the investment, more of the interest.”

I’ll admit I’m nostalgic for the future. Sometimes I feel a pang of regret that I won’t be around to see how this grand human experiment all turned out in the end. And yet, there is a growing segment of the population who believe I might be―that as a result of the NASA experiment, and others, we might be able to design that garden Gobel dreams about.

I don’t know if we’ll get there in my lifetime. But if the Book of Revelation predicts that one day the Garden of Eden will be restored and we will live long and healthy lives by eating from it―well, some people are already building it. 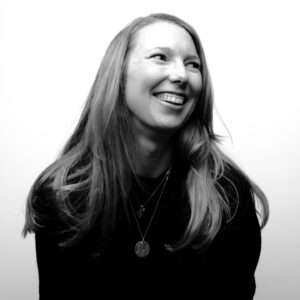