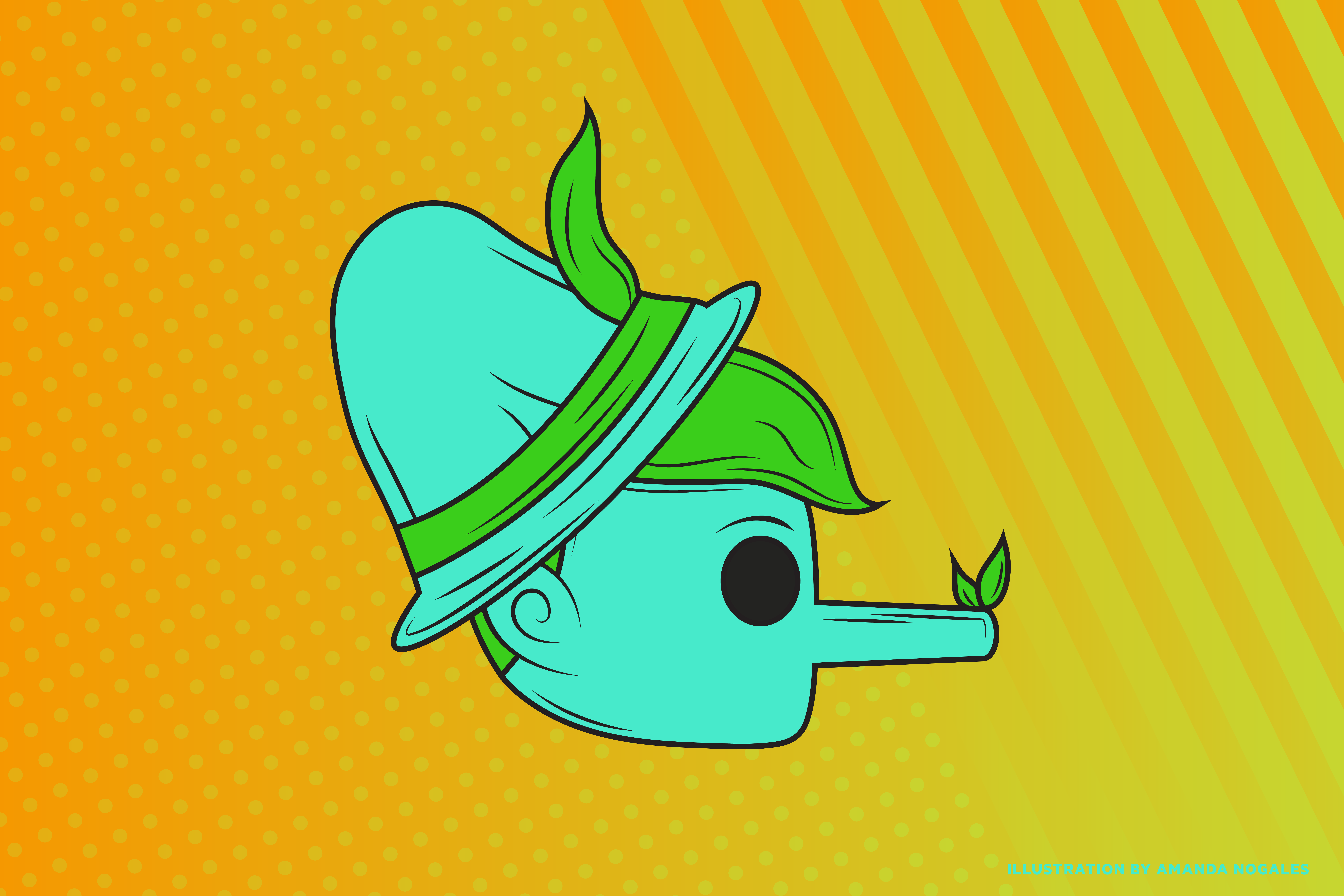 You know that scene in the movie, the one where the guy is chained to the metal table, and the light overhead is boring into every pore on his face? We hear the cop’s voice off-screen, husky, intimidating, pressing into his quarry’s last fraying nerve. “Why did you do it?” he hisses. It cuts to a close-up. The chained-up guy’s eyes dart down to his hands for a split second before he stares into the cop’s soul and says, “I told ya’, it wasn’t me.” But the officer knows he has his guy—because, well, he looked down.

Or maybe you remember that other scene where the high-crime genius is tethered to a polygraph. He sails through the questions with ease, stowing every one of his dastardly deeds beneath layers of hair gel and ice-cool chill. He gets away with it because, well, the polygraph needle held course.

This is how we common folk understand the world of lie detection—interrogators watching for physical tells or a polygraph probing for changes in blood pressure, respiration, and skin conductivity. But as Lehi-based Converus points out, both approaches have their limits. And thanks to a whole lot of research and tech, the company has the answer for next-gen lie detection.

How can we tell who’s fibbing?

Let’s unpack that physical-tell thing first. Unless you’re playing me in poker (yes, my face will tell you everything about the bluff I’m trying to pull!), physical tells are absolutely not the way to detect lies.

Not only can people get really good at faking it, but culture plays into how our bodies align with our narratives. “There have been a lot of studies over the last two years, and what they found is that those tells are very cultural and very language-specific,” says Todd Mickelsen, Converus CEO. “In some cultures, it’s not appropriate to look your supervisor in the eyes; others, it is.”

So what about the polygraph? Well, it’s complicated.

Despite its century of implementation, there are plenty of doubts about the method’s efficacy. For one, Mickelsen explains the arduous process that can impact results. A polygraph can take up to 90 minutes, with several breaks required to prevent health complications from the constricting instruments.

Most tests are administered by highly trained professionals, which can be cost-prohibitive for some organizations and impact results. “With a polygraph, it’s more about the person asking the questions,” Mickelsen says. “It’s not cognitively based—there’s not an increase in mental effort to lie. It’s emotionally based. If the examiner thinks you’re guilty, they will badger you in a way to get you to react, to get your heart rate racing, to get you to start sweating.”

And then there’s the critique from the American Psychological Association: “Most psychologists agree that there is little evidence that polygraph tests can accurately detect lies….An honest person may be nervous when answering truthfully, and a dishonest person may be non-anxious,” it reads. So how the heck do we tell if someone’s pants are really on fire?

The eyes have it

Here’s where Converus has stepped in with next-level lie detection—first with the introduction of its EyeDetect (an ocular-motor lie detector) in 2014, and more recently with its EyeDetect+ 2.0 (the world’s first automated polygraph plus ocular-motor detector combined in one).

“This is science that is based more on involuntary changes that occur in the eyes,” Mickelsen explains. “You exert more mental effort to lie—scientists refer to it as ‘cognitive load’—than when you tell the truth, and you experience some involuntary changes. Your pupils dilate up to a 10th of a millimeter. It’s something you can’t see with the naked eye. It’s a minute change that occurs in a couple of milliseconds. But with a special camera capturing these changes while taking a computer-based test with a high degree of accuracy, we can tell if you’re lying.”

Mickelsen says the technology was developed by University of Utah scientists that are widely respected as the world’s leaders in lie detection: Professors John C. Kircher and David C. Raskin (both of whom invented the first-ever automated polygraph in the early 90s), as well as Doug Hacker, Anne Cook, and Dan Woltz.

In 2002, the team began to wonder about the relationship between cognitive load and eye movements and whether that could lead to better lie detection. Nearly two decades of R&D and published peer reviews later, we have Converus’ innovations.

To explain how EyeDetect works, Mickelsen says, let’s say you’re taking the test as a screening for a new job. You’re sitting at a computer with a special camera that tracks your eye movements and answering computerized questions. The screening might include questions like whether you’re sitting in a chair to take the test, as well as whether or not you’ve ever been convicted of a felony. The test tracks pupil diameter, response time (people often answer several milliseconds faster when lying), and where you fixate (eyes tend to move quickly to the end of the question when lying).

“We use scientific algorithms to use what is most diagnostic, and we apply a weight to each of those features,” Mickelsen says. “We validated this in different countries. We went to Saudi Arabia, Columbia, and Mexico and did field and lab studies in their languages to verify whether eyes dilate differently. They do the same thing. Converus doesn’t have any features that are culture- or language-specific. It’s all the same regardless of population; the algorithm is consistent. On a score between one and 100, a result of 50+ means truthful, below 50 means deceptive.”

In all its literature and communications, Converus is transparent: Accuracy for EyeDetect is 86 percent to 88 percent, and 89 percent to 91 percent for EyeDetect+, with more than 500 customers in 43 countries delivering tests in 40 different languages.

These organizations use the tests for everything from job screenings for businesses to law enforcement and security agencies, legal investigations, border entry screenings, and parole compliance.

What about the haters?

If polygraphs have always had naysayers, what about Converus’ ocular-motor detection? The Washington Post recently published an article citing some skeptical experts, to which Mickelsen published a rebuttal.

“We actually have more peer-reviewed research on eye detection than any single polygraph method,” Mickelsen says. “For people who say this stuff doesn’t work, they certainly haven’t looked at the peer-reviewed method. Sometimes people claim to be experts—people who don’t have a degree in credibility detection, who haven’t even read our research. They’re really just anti-lie detection in general.”

So if some Slick Rick can cheat a polygraph, what about ocular-motor detection?

“We just finished a study that took three years with the university and the Czech Republic. The focus of the study was to try different countermeasures to game the system,” Mickelsen says. “The study is being peer-reviewed right now. What we found was people who tried these countermeasures did worse—they looked more guilty than the ones who didn’t apply the countermeasures. That’s not to say there’s some way to consistently beat it, but we haven’t found it.”

For a product that was first designed to ferret out potentially dishonest job candidates, Converus has more than gone the distance in developing technology that will help multiple organizations avoid corruption. Just don’t bring it to the next poker game—there are still some places where a little bluffing is acceptable. 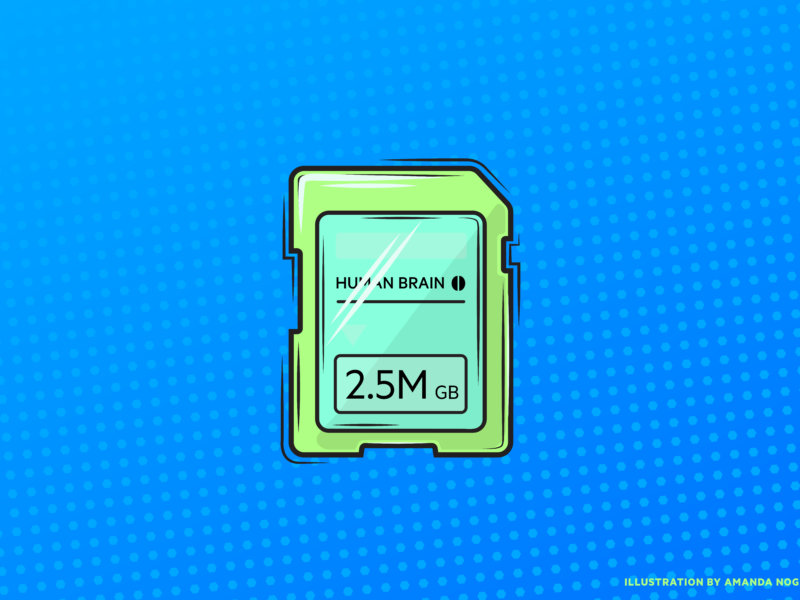