The Science-Backed Qualities of Good Leaders

It’s a well-known story in the entrepreneur community: Steve Jobs’ early rise to success and painful ousting from the company he helped to found, followed by his triumphant return to become CEO of Apple and rescue it from ruin.

While the exact details of the story are contested (some say Mr. Jobs wasn’t fired but chose to leave), the tale tells us something about leadership. He didn’t fit the stereotypical leader mold, perhaps, but he learned to be a stronger leader over time.

What few people realize is that Mr. Jobs was not CEO of Apple in its early years because, allegedly, the board of directors didn’t think he was ready for it. It wasn’t until after his return in 1997 that he took the helm as Apple’s chief executive officer.

And while his legacy is riddled with stories of his tempestuousness and stubborn pursuit of his vision, I would argue that those very things are what made Steve Jobs, well, Steve Jobs. Even John Sculley, the CEO at the time of Mr. Jobs’ 1985 departure, later called Mr. Jobs “the greatest CEO ever.” On top of that, when Mr. Jobs stepped down as CEO in August 2011, he had one of the highest cumulative CEO approval ratings on Glassdoor—an impressive 97 percent.

If Mr. Jobs didn’t start out as a good leader, then surely, he had to learn the skills that shaped him into one. So if you, too, aren’t what people would call a “natural-born” leader, can you still be a good one? I believe the answer is yes, and years of scientific research backs that assertion.

Read on to find out the qualities of a great leader and how you can emulate them in your business and career.

What Is a ‘Good Leader’?

First, how do we define a “good leader”? The answer may vary from person to person. In most of the studies I read, leadership was assessed by at least two major factors:

Based on that, for the purposes of this article, I’m going to define a good leader as someone who helps their team succeeds and has a good relationship with their teammates.

Are Leaders Born or Made?

Some research shows that there are certain inherited traits that can make one more likely to become a great leader. One study suggests that around 30 percent of leadership is explained by one’s genetic makeup. Additionally, in 2013, scientists discovered what may be a “leadership gene” (it’s called rs4950) that gives some people that extra oomph to take charge. And Malcolm Gladwell famously pointed out that a disproportionate number of CEOs are over six feet tall—yet another trait that is out of one’s control.

But just because tall men are more likely to be CEOs does not mean tall men automatically make good leaders. And as the research shows, if only 30 percent of leadership ability is determined by genetics, the good news is that, even if you’re under six feet tall or you weren’t born with the “leadership gene,” there is still 70 percent of leadership ability that is completely under your control.

So how can you develop into a good leader?

The Qualities of a Good Leader, According to Research

Whoa, hang on there! Empathy? I bet you didn’t expect to see this one on the list. First, let’s define empathy. The Center for Creative Leadership defines it like this:

Empathy is the ability to experience and relate to the thoughts, emotions, or experience of others. Empathy is more than simple sympathy, which is being able to understand and support others with compassion or sensitivity.

The CCL analyzed data from 6,731 managers from 38 countries and found that managers who showed more empathy to their team were seen as better performers by their bosses. It also found, however, that the importance of empathy differs by culture. The positive relationship between empathy and job performance was higher in cultures with high “power-distance”—defined as the degree to which people believe power should be concentrated at higher levels of an organization. Countries with high power-distance include China, Egypt, New Zealand, and Poland.

And if you feel like your empathy skills are lacking, don’t worry—empathy can be learned! Here are some tips recommended by the CCL to show empathy as a leader by practicing better listening skills:

The CCL also recommends practicing perspective-taking, which is putting yourself in one’s shoes. For example, if you’re managing a team that’s in conflict, try to see the argument from all sides of the situation before you speak or take action. This will help ensure that you handle conflict resolution in an empathetic and effective way.

This trait perhaps isn’t so surprising. Good leaders get sh** done—with speed and accuracy. Jack Zenger and Joseph Folkman looked at evaluations of more than 85,000 leaders and found that:

If executing fast and right sounds like a tall order when you’re already stretched thin, Mr. Zenger and Mr. Folkman propose that you can improve execution without putting in more hours. In their book, Speed: How Leaders Accelerate Successful Execution, they identify four behaviors that improve execution:

When we think of great leaders, we might call to mind military generals who led armies to victory or brazen activists who fought hard to change policies. So, it stands to reason, doesn’t being a leader mean arming up and charging into a fight? According to social science researcher Brené Brown, quite the contrary. She says being a brave leader means “taking off the armor.” Here, the armor she refers to is “thoughts, emotions, and behaviors that we use to protect ourselves when we aren’t willing and able to rumble with vulnerability.”

Ms. Brown says being a good leader requires vulnerability. After conducting a seven-year study on brave leadership, she distilled the research into a new book, Dare to Lead, which covers these four skill sets:

Though there are four skills, half of her book is dedicated just to rumbling with vulnerability. So why is this particular skill so important? I think we can all agree that a good leader displays courage, and according to Ms. Brown, courage and vulnerability go hand in hand.

To drive that point home, here’s a story she often shares, which I’ll quote directly from an interview conducted by Michael Gervais. Ms. Brown says:

I used to spend so much time trying to convince people that vulnerability is an essential part to courage, until I was at Fort Bragg one day and I was working with some Special Forces troops. I asked this question, I said, “The definition of vulnerability is uncertainty, risk, and emotional exposure. That’s what it means to be vulnerable. Can anyone here give me a single example of courage from your life or that you’ve witnessed in someone else, one example of courage that did not require uncertainty, risk, and emotional exposure?”

No one in the room could think of an example. One stood up and said, “There is no courage without vulnerability.”

To bring vulnerability into the workplace as leaders, we first need to unlearn what we’ve been taught all our lives: the myth that vulnerability is weakness. Second, we need to be open about the challenges facing our organization. A survey of more than 27,000 executives, managers, and employees found that employees who reported that their organization “always openly shares the challenges facing it” were much more likely to recommend their company as a great one to work for than those who reported “never,” “rarely,” “occasionally,” or even “frequently.”

Mark Murphy, who launched the survey, writes of its findings: “Feel safe in being vulnerable by remembering that if an employee believes their company openly shares the challenges facing it (i.e. that their leaders are vulnerable), that employee is about 10 times more likely to recommend it as a great employer.”

Good leaders focus on people and relationships, not tasks.

A group of researchers in Canada conducted a comprehensive literature review that included 53 studies on leadership behaviors and outcomes for nurses and organizations. In it, 24 studies found that leadership styles that were focused on people and relationships were linked to higher job satisfaction. On top of that, productivity and effectiveness were higher in work environments with charismatic, transformational, and change-oriented leadership. On the other hand, 10 studies reported that leadership styles focused on tasks were linked to lower job satisfaction.

Based on this study, here are some ideas for building strong work relationships with your teammates:

In a seminal research study conducted in 1939, Kurt Lewin placed schoolchildren into one of three leadership groups to see how it affected their work, which consisted of several craft activities. The groups were as follows:

In this group, the leader usually decided the work tasks and work partners of each member and dictated each step of the process. He did not actively participate in the activities except for demonstrating.

All policies and decisions were open to discussion within the group. The leader made suggestions that the group could choose from. The members were free to decide who they worked with and how to divide up the tasks. The leader participated in the activities.

The leader did not participate at all (unless a group member asked him a question), and each individual was completely free to decide what to do.

In one of the experiments, hostility was 30 times as frequent in the authoritarian group as in the democratic one. In another experiment, the boys in the authoritarian group were much less aggressive, but the researchers posit that this was not due to a lack of frustration, but rather, it was because the boys were under the repressive influence of the autocratic leader. Lastly, researchers found that the subjects liked their democratic leader more than their authoritarian one.

How can you apply these findings to your everyday work life?

As Steve Jobs told Rolling Stone magazine: “What’s important is that you have a faith in people, that they’re basically good and smart, and if you give them tools, they’ll do wonderful things with them.” To be clear, he was speaking specifically about why he had faith in people rather than technology itself, but I think the quote applies to leading a team too.

Becoming a Good Leader Doesn’t Mean Changing Who You Are. It Means Integrating a Set of Science-Backed Behaviors

Critics can call Steve Jobs’ leadership style what they will, but based on my earlier definition of a good leader, Mr. Jobs met both criteria:

And I believe Jobs didn’t accomplish this by changing who he was, but by learning a teachable set of skills that helped him become a stronger leader.

So if you’re struggling to be a good leader as a founder, trust the research that shows the vast majority of leadership can be learned. You weren’t born pre-programmed to be a leader or a follower; you can choose to be either.

If you want to build a business with a lasting legacy, one that people look forward to working for, one where your teammates are close knit and like each other—then building your leadership skills should be at the top of your to-do list. 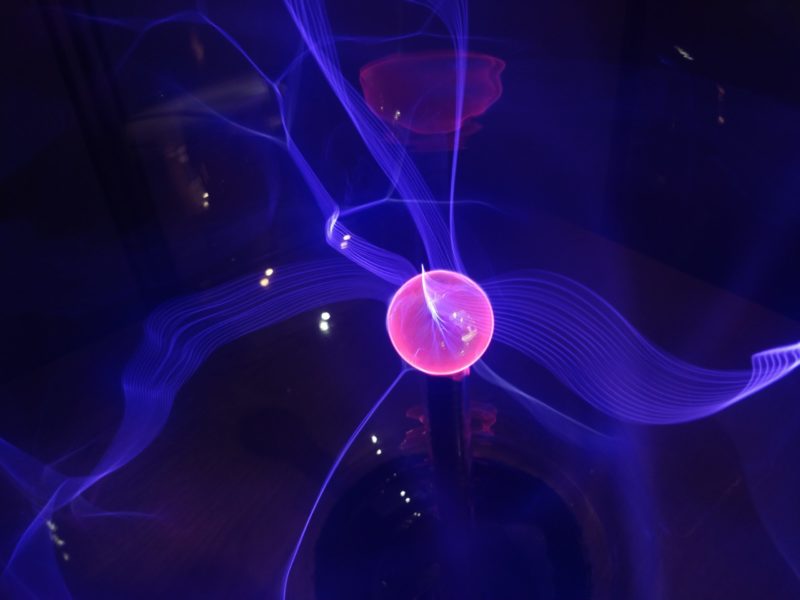 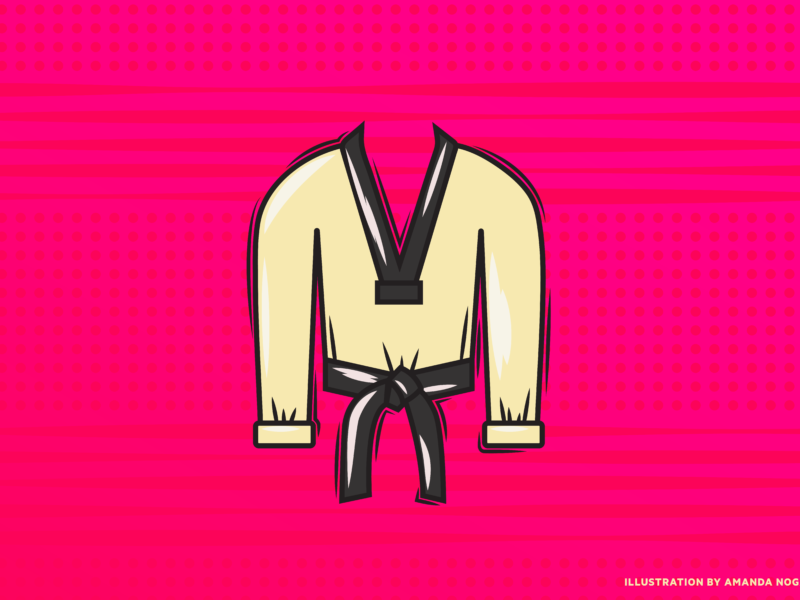 This professional martial artist makes her living as a YouTuber 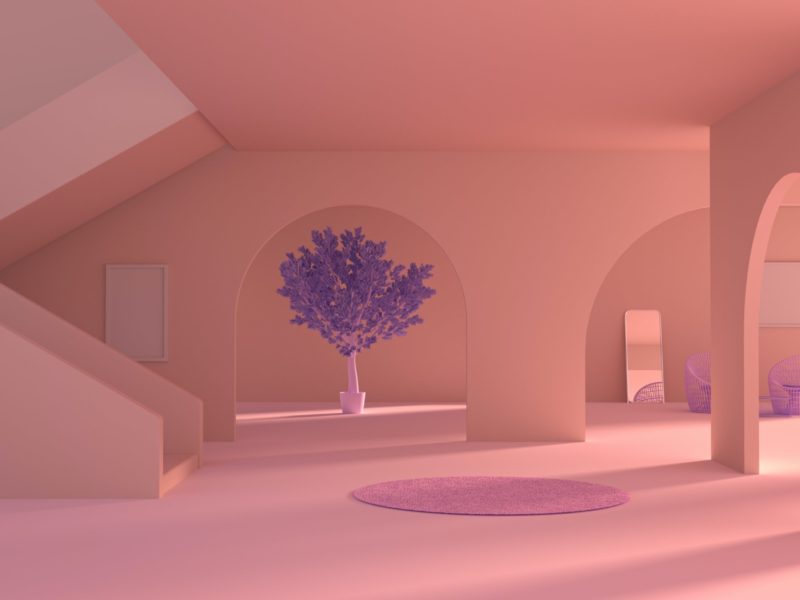 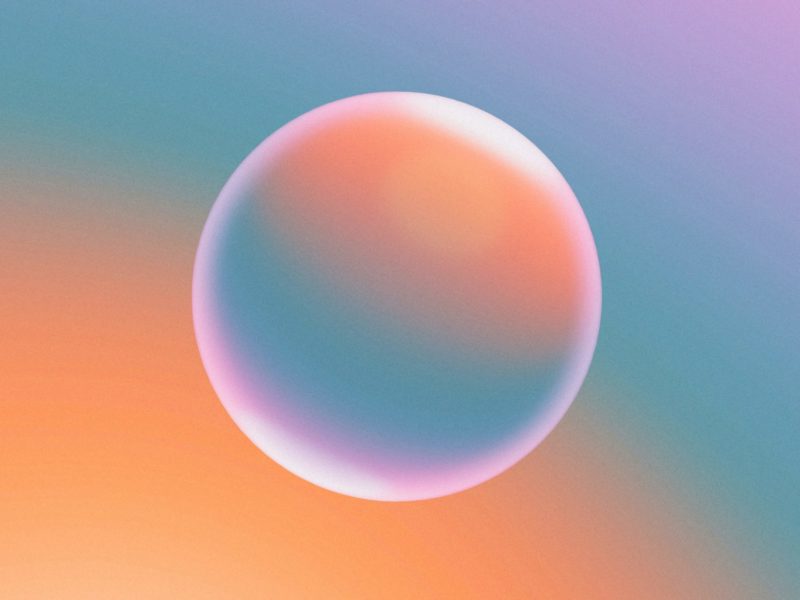