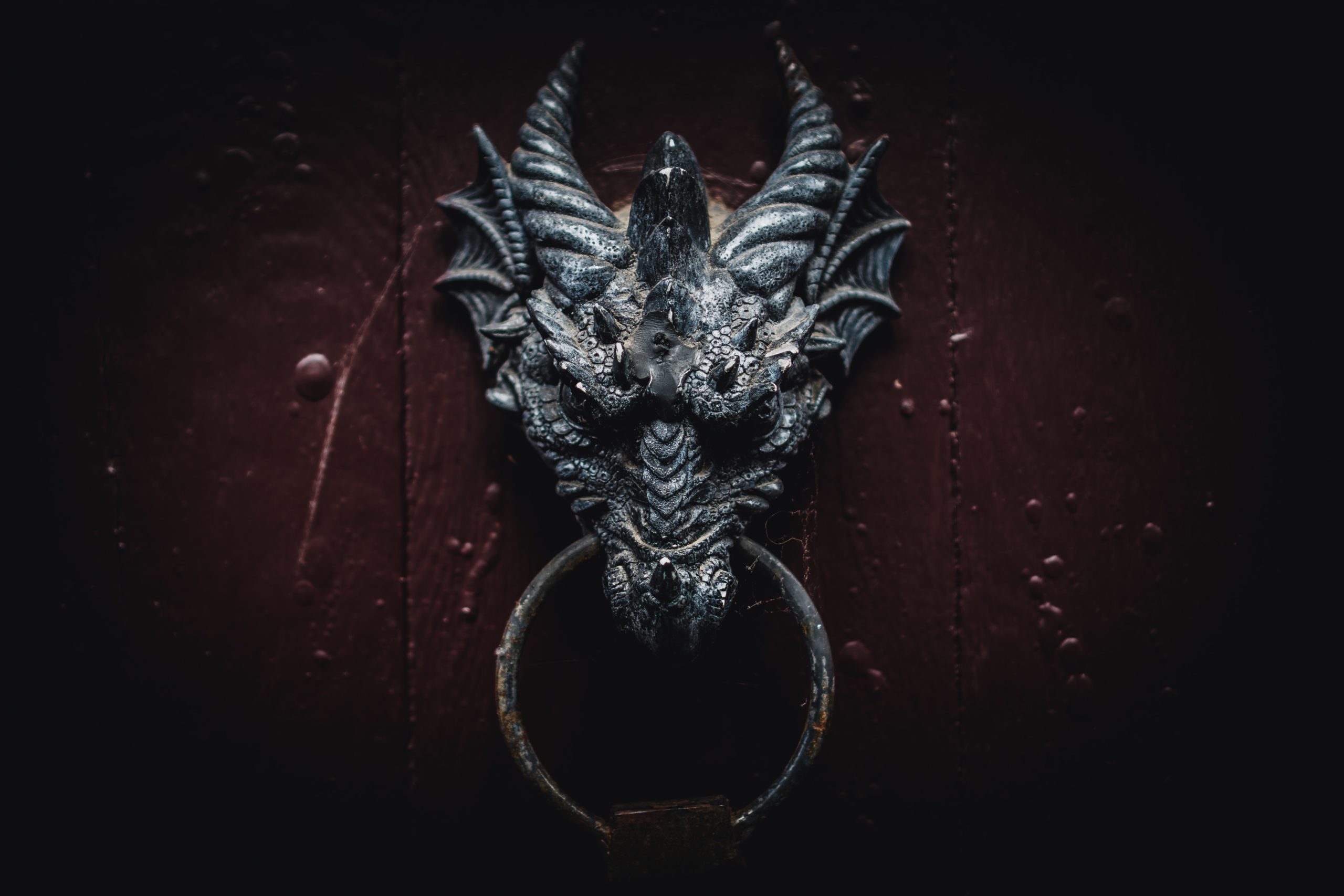 When the gaming startup Latitude launched their text adventure game AI Dungeon in late 2019, it exploded. A hundred thousand people played in that first week. Six weeks later, they had over 1 million players and more than 6 million stories. The company had built a loyal, active user base almost overnight― and was bursting with activity. It was proving to be an exciting step forward for AI-generated content.

But when Latitude dropped their latest update in April 2021, a move that would prevent content related to child sexual abuse material, the same community that had rallied around the game turned against it―and they were vocal. The game’s Google Play Store rating, which was once as high as a 4.8, dropped down to a 2.6 and is lowering every day. Now the AI Dungeon subreddit is filled with memes dragging the company and the game, and the AI Dungeon Discord server even temporarily shut down as a result of overwhelmed moderators.

AI Dungeon: like Dungeons & Dragons, but with less dice

At its core, AI Dungeon is an innovative, creative tool for storytelling. A text-based adventure game similar to Dungeons & Dragons (D&D), the artificial intelligence acts as the “dungeon master,” taking you along for a unique adventure. You put in your actions and the AI generates a result. Together, you tell a story―and the possibilities are limitless.

When I spoke with Nick Walton, co-founder and CEO of Latitude, he painted me a picture of a dragon and a pastry. “You might go up to a dragon and hand him a pastry… And maybe you go into business with the dragon and you open up a bakery and just any story you can imagine is possible.” And there are no end credits. The story you tell with the AI goes on for as long as you want it to. “AI Dungeon is very much like AI-powered interactive fiction. It doesn’t have the structured progression [like a D&D game], it doesn’t have skills and abilities. It’s all about the story.”

In fact, it’s more like a word editor with predictive text—the stories you write in the game are akin to writing a book―and your co-author is artificial intelligence. Prior to April, a player could even share their stories with the game’s Explore feature, which lets players read the adventures of other players. It proved to be an endless source of unique content, with more than 70,000 public scenarios generated by other players available.

“The thesis of the company is [that] AI is going to transform how we make games, and we’re really excited to be leading the way,” says Walton. What had started as a hackathon project was quickly becoming something that could disrupt the future of the gaming industry.

When I asked Walton about that aspect of the game, he was well aware of what I was talking about. “It’s not something we expected,” he says. “The thing that’s very different about AI and traditional games, [with] traditional games, you start with nothing and you have to program every possible thing. AI is actually the reverse, where you start out with everything possible and you have to figure out how to add constraints to it, which is a challenging problem.”

It makes sense. When the AI is learning from anonymous people online, it’s bound to be fed an unlimited amount of not-safe-for-work (NSFW) content. But Walton also defended the freedom and creativity that it gives users. “One of the powers of the game is this freedom, right? It’s the freedom where you can do anything.” And he means it when he says anything.

In fact, it’s the pornographic element that seems to keep many players coming back for more. For example, the AI Dungeon subreddit is filled with screenshots of the raunchy scenarios the AI generates. And many of the shared stories in the game’s Explore feature (currently disabled) involve pornographic content of a more niche taste.

When I spoke with Walton in February, he told me that the excessive pornographic content was something they were working on—how to constrain the AI more and prevent that type of content. But they didn’t have the answers yet. Still, he tells me they had no intention of policing what went on in their players’ stories.

“Our motto is we’re really focused on, not necessarily trying to clamp down on things as much as give users the ability to avoid types of content they don’t want [to see],” he says. But the April update proved his hypothesis wrong―and it has the user base up in arms.

AI Dungeon is powered by Generative Pre-trained Transformer 3 (GPT-3), the third-generation language prediction model created by the San Francisco company OpenAI. OpenAI’s mission is to ensure that artificial general intelligence (AGI) benefits all of humanity. But when the company learned that AI Dungeon players were using their model to generate what could be classified as child sexual abuse material, they couldn’t just stand by and let it happen. In a statement to Wired, OpenAI CEO Sam Altman said, “Content moderation decisions are difficult in some cases, but not this one. This is not the future for AI that any of us want.”

So on April 26th, after the team at OpenAI shared their concerns about content that violated their terms of service, Latitude took action. They ran a test system that would prevent the generation of sexually explicit content that may involve depictions or descriptions of minors. However, no mention of this test system was communicated to players. And while this behavior isn’t uncommon for Latitude, as the platform is constantly changing, it didn’t go unnoticed.

As soon as the test system was run, players began getting an error that said, “The AI doesn’t know what to say,” on some of their NSFW stories. And with no official answers, users began speculating about censorship and privacy concerns, while quickly discovering that it was only affecting stories with minors and bestiality depicted in them.

But it’s not necessarily the restriction on child sexual abuse material itself that has players up in arms over the update. It’s the censorship itself.

Like Dungeons & Dragons, but now with censorship (it’s a feature, not a bug)

“[The] problem is the creeping nature of such censorship. While a ban on underage content today might be perfectly acceptable to almost everyone, it is difficult to get invested in a product whose enforcement of ‘already established community guidelines’ will be increasingly and arbitrarily expanded over time,” writes Wolfe#7442 in the Discord server on April 26th.

In a blog post released the next day, Latitude made an official statement addressing the test system and the misinformation that had spread across social media due to their silence. And the statement clearly lays out the content that’s now being flagged for review:

“This test is focused on preventing the use of AI Dungeon to create child sexual abuse material. This means content that is sexual or suggestive involving minors; child sexual abuse imagery; fantasy content (like ‘loli’) that depicts, encourages, or promotes the sexualization of minors or those who appear to be minors; or child sexual exploitation.”

But the problem that users are encountering is that it’s more than just the previously listed content that’s being flagged. For example, mentioning something as inoffensive as an eight-year-old laptop is triggering the filter. And it’s not just public stories that are being flagged either. Private stories intended only for their creators’ eyes are subject to review as well. That’s what really has the user base upset and asking questions about how their stories are stored and shared within the company.

While many users are understanding of the change, many more aren’t. What would happen over the next few days was just as explosive as when Latitude first launched the game. Community reactions across Twitter, Reddit, and Discord were irate, and players actively began to tank the game’s reviews in app stores and search engines. The discontent was echoed back and forth across the unofficial AI Dungeon Discord, the discussion so active that it forced moderators to effectively shut down the server so that they had time to sleep. And as of writing this article, three weeks later, Latitude has done nothing to address the community’s concerns.

Meanwhile, new companies like NovelAI have popped up since the latest Latitude announcement. Using GPT-Neo, an open-source GPT model outside of OpenAI’s oversight, NovelAI promises to do right by their users what AI Dungeon has done wrong. And as AI Dungeon users get angrier over Latitude’s lack of response, companies like NovelAI are seeing an influx of thousands of new prospective users as they unsubscribe from AI Dungeon, looking for a viable alternative when no competing companies currently exist.

In fact, I watched the NovelAI Discord server jump from 0 members to over 6,000 over the course of just a few days since Latitude’s initial announcement, and the project hasn’t even gone into alpha yet.

Latitude has yet to escape this controversy. While they promise to continue to support NSFW content, what else may be censored in the future remains to be seen. Utah Business reached out to Walton and the Latitude team, but since their initial blog post, the company has remained silent. Now, the AI Dungeon community is at a standstill as they wait for the dungeon master to respond. Roll. For. Initiative!