What I Wish I Would Have Known Earlier in My Career

I’ll be honest: when I took my first leadership role, I had no idea what I was doing. I was a management mess.

But even as I careened and crashed through the ranks, I learned through trial and error the practices that successful leaders get right. These insights apply regardless of your generation or experience level; what truly matters is the leader you can become. They helped this admittedly imperfect leader rise to the C-suite.

Let me walk you through some of my worst messes—so you can turn them into your management success.

Early in my leadership career, I organized a two-day training for my new team, most of whom preceded me in both tenure and talent.

I arrived an hour early, excited and amped up after one too many cups of coffee― in fact, even having one cup was too many in Provo. The only problem was…nobody was there. Fifteen minutes past the start time, team members finally began to arrive, with the last associate strolling in thirty minutes late.

I was incensed that my team would disrespect their new boss by being so cavalier. We were experts in time management, for crying out loud!

So the next morning, I bought ten copies of the Salt Lake Tribune. When everyone finally wandered in, I stood up, and in what I thought would be one of my finest leadership moments, tossed the classified ads to each person. “If you want a job from nine to five,” I announced, “Dillard’s is hiring.”

It seemed like a great idea at the time. But rather than acknowledging my leadership genius, people got up and left.

Calling that moment a leadership mess would be kind. Fortunately, a sympathetic colleague helped me understand why my technique hadn’t served me well. With difficulty, I managed to reassemble the team and humbled myself enough to apologize.

I wasn’t born with the humility gene. Clearly, I struggled with it as a new manager, and I still struggle with it now. But leaders who fail to demonstrate humility often find themselves leaning toward arrogance and seeking outside validation. They rarely listen to anyone but themselves, thus missing opportunities to learn. They turn conversations into competitions and feel the need to “one-up” everyone else.

When you embrace humility, you can let go of the fear of making mistakes, being “disrespected,” or showing weakness. To quote our cofounder Dr. Stephen R. Covey, “Humble leaders are more concerned with what is right than being right.”

By the way, you might be surprised to learn I’m still friends with every person in that training room. Many came to my wedding a decade later and even re-created the newspaper scene for my new wife of 120 minutes. Fortunately, I’m now the most humble person on the planet and I laughed along with them.

More Is Not Better, Better Is Better

I used to be notorious in meetings for asking, “What if we…?” It could’ve been the epitaph on my headstone. This was my preamble to a deluge of creative (but distracting) ideas.

The temptation to say, “yes” to every great idea that comes our way might be the biggest trap leaders fall into. I’ve fallen into this trap so many times, I have my mail forwarded there. But I’ve learned the hard way to only say yes to Wildly Important Goals (or WIGs, as we refer to them)—the few, highly important goals that must be achieved, or no other goal matters.

When I made a conscious effort to focus on WIGs, I stopped using that simple phrase “What if?” as often, which has allowed my team to stay focused on our highest priorities.

To identify WIGs, don’t ask, “What are the most important things to focus on?” As outlined in The 4 Disciplines of Execution, the bestselling book by Chris McChesney, Sean Covey, and Jim Huling, ask, “If every other area of our operation remained at its current level of performance, what is the one area where change would have the greatest impact?” This will help you generate a list of potential WIGs. Then share them with your team for input and consensus.

Talk Straight, Even When It Hurts

In 2004, I was three years into my toughest leadership role: transforming a division that had been leaderless for two years.

Under the pressures of the job, I’d become a classic micromanager and a know-it-all jerk. Tensions in the office were palpable. And one morning, a junior sales person walked into my office and said, “Everyone hates you, and if something doesn’t change, we’re all going to quit.”

He called out exactly what it was like to work with me, citing specific encounters and conversations, so I could understand the magnitude of the pain I was causing. He also afforded me the chance to share my own challenges—the pressures I was under and the issues I was facing. Despite the initial shock of such bracing feedback, it became a very healing conversation.

The straight talk I received that day changed my leadership trajectory. Not overnight, but incrementally and I remained their leader for about three more years before being promoted (mentoring that junior sales person as my eventual successor, as it so happens).

From Mess To Success

Stephen M. R. Covey characterized talking straight as “honesty in action,” telling the truth and leaving the right impression. He wrote that effective leaders use straight talk “tempered by skill, tact, and good judgment.” As that junior sales person demonstrated, straight talk can be delivered in respectful and honorable ways without diminishing someone.

When you make your own leadership messes, know that each one represents a chance to get better. Don’t be embarrassed by the bumps along the way; learn from them and keep going in that potentially life-changing endeavor: being a leader. 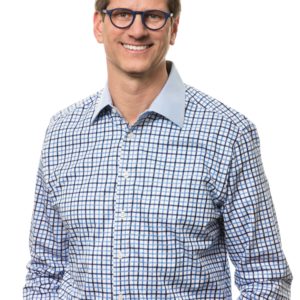 Scott Jeffrey Miller has been with FranklinCovey for 23 years and currently serves as the Executive Vice President of Thought Leadership. Miller is also the host of the FranklinCovey sponsored FranklinCovey On Leadership With Scott Miller, a weekly leadership webcast, podcast, and newsletter that features interviews with renowned business titans, authors, and thought leaders. He also hosts the weekly radio program and podcast, Great Life Great Career With Scott Miller on iHeartRadio’s KNRS 105.9 and is a leadership columnist for Inc. He has presented to hundreds of audiences across every industry, and loves to share his unique journey as an unfiltered leader thriving in today’s highly-filtered, corporate culture.