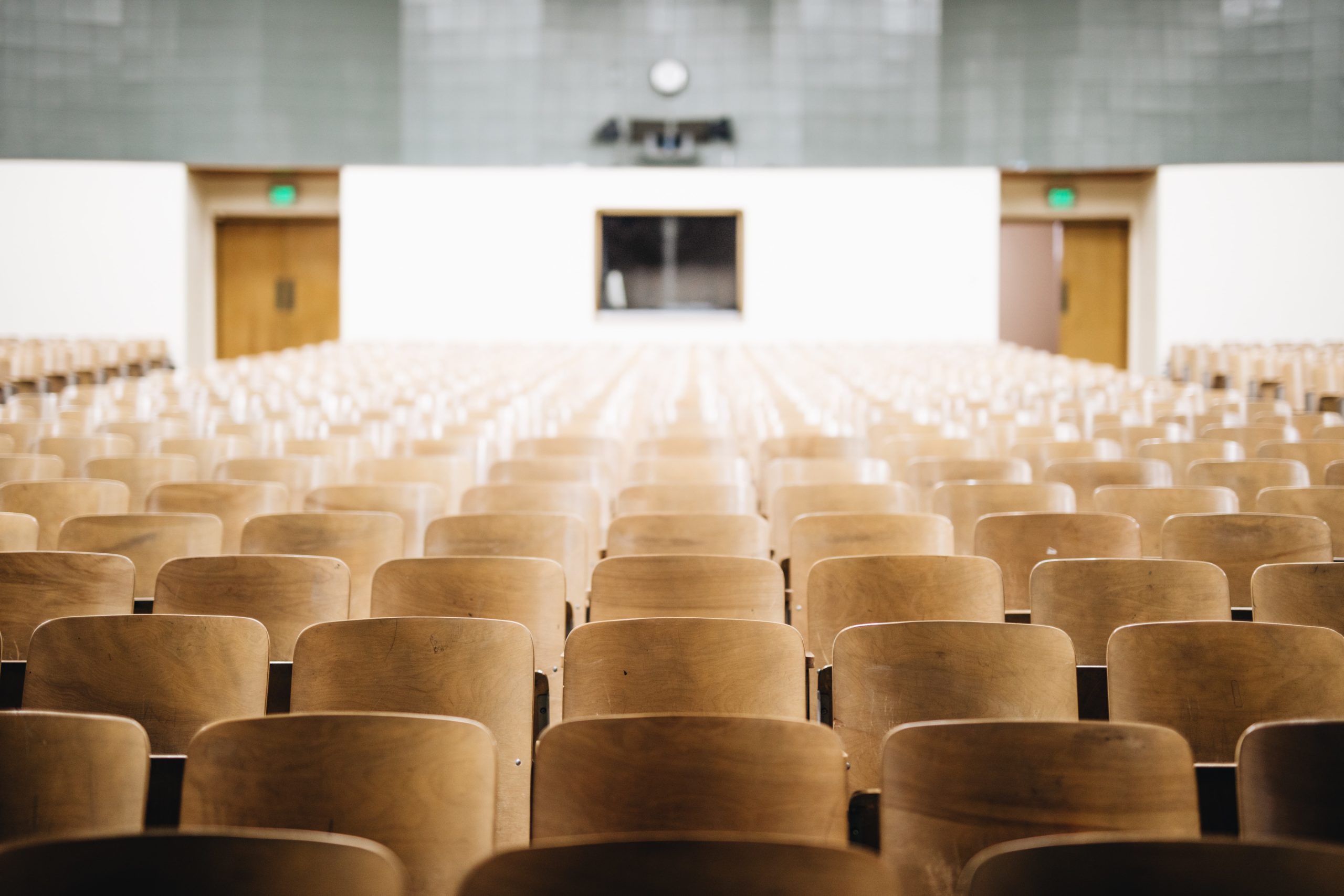 ISAs on the rise in Utah higher ed

By Kiel Shaub of TechBuzz
486

Student loan debt in the United States hit another record in 2021. According to a recent report by Forbes, 45 million borrowers now collectively owe over $1.7 trillion across a variety of federal student loan types, a nationwide burden second only to mortgage debt. Long-term declines in state funding for higher education have forced many colleges and universities to periodically raise tuition costs. Higher tuition means students take on increasing loan debt to keep up. In many cases, students are left with a debt burden that can take decades to pay down, which can delay home, car, and other large purchases.

But what if educators could tell a prospective student, “you don’t need to make any payments until you land a job”? That’s the promise of a new tuition repayment model known as the Income Share Agreement or ISA. Fundamentally, an ISA is a contract in which a student receives education funding in exchange for a fixed percentage of their income upon securing a job. If the student does not get a job within a certain period after graduation, or that job does not meet a defined income threshold, they pay no tuition at all. The “no job, no repayment” aspect of the agreement distinguishes the ISA from a traditional student loan. In theory, ISAs should align the interests of the student and the school (or ISA) provider because the provider is only compensated if the student gets a job that meets the income threshold for repayment.

Theory is one thing. We wanted to know how the ISAs are working in practice. We reached out to a few of the Utah schools pioneering ISAs to learn about their experience so far and why Utah has come to play such a prominent role in developing the innovative financing tool.

We first spoke with Austen Allred, founder, and CEO of Lambda School. Lambda is a coding school designed to achieve the depth of a four-year computer science degree at the practicality, speed, and cost of a bootcamp. Started in 2017 with seed funding from Y Combinator, Lambda initially set up offices in San Francisco and Lehi, UT. When the Covid pandemic hit, all employees began working remotely, and Lambda currently plans to continue as a remote-first company. A native of Springville, UT, Allred and his family now live in southern Utah.

“People were looking for money of course,” Allred continues, “but also a guarantee. The ISA provides both. It aligns incentives so that Lambda School makes more money if the student makes more money, less if they make less, which is obviously not true of a traditional loan.”

Even Allred was blown away by the demand for ISAs. The main challenge for Lambda School was to find a sustainable repayment schedule that remained attractive for students. Lambda School has landed on a fixed tuition cost of $30,000, with a 2-year repayment program upon employment. “We think we’ve got it dialed at this point. We’ve now got Lambda School grads at 40 of the Fortune 100 companies.”

We next spoke with Michael Zaro and Mo Reeder, founders of V School, an end-to-end career preparation academy for coding and design based in Salt Lake City. With a skills-based responsive learning model, V School is dedicated to eliminating barriers for talented people seeking careers in tech.

Rather than going all-in on the ISA, Reeder and Zaro view ISAs as an important financing option alongside traditional student loans. V School currently offers an ISA covering the $21,000 tuition with a 4-year repayment schedule. “The ISA is all about increasing access,” Zaro told us, “to allow more people the opportunity to chase a career in tech.”

For Zaro and Reeder, the business model is more important than any individual financing tool. “ISAs are not a business model, just a financial tool. If you are not driving strong outcomes, the way you finance it is irrelevant.”

Like Allred, Zaro and Reeder were equally surprised by the popularity of their initial ISA offering. But even more surprising was “seeing students be excited about repayment. They know we’re betting on them. We succeed with their success and vice versa.”

ISAs tend to align with the primary goal of both Lambda and V School, which is to increase income potential for the student. We also wanted to understand how ISA offerings have been working at four-year institutions, where the metric of success tends to be graduation rather than a specific career or income target.

The University of Utah is currently piloting an ISA program they call “Invest in U.” According to its website, ‘Invest in U’ is designed to fill funding gaps and enable students to enroll full time to finish their degrees faster so they can begin earning sooner. In April 2020, the University of Utah opened the program to juniors and seniors in all majors in light of global economic events. The program is funded by $6 million in donor, investor, and university money. Students can receive anywhere from $3,000 to $10,000 in ISA awards, and all payments go back into the Invest in U fund to perpetuate the success of future students.

The Financial Aid Office at the U told us their ISA program was still too new to comment on its successes and challenges, so we decided to get in touch with Purdue University. Purdue was the first four-year institution to offer an ISA program and is often used as a model for ISA experiments at other colleges and universities.

Purdue’s ISA program, called “Back a Boiler,” began in the fall of 2016 after Purdue President Mitch Daniels testified before Congress on ISAs as an innovative financing tool that deserved their support.

Purdue’s ISA program has expanded rapidly since 2016. With initial financial support amounting to $2.2 million, Back a Boiler provided ISAs to around 180 students. By 2021, nearly 1,000 students had enrolled in the program, with total funding reaching approximately $18 million.

Back a Boiler was designed as an alternative to private and federal Parent PLUS loans to bridge student financing gaps once other funding sources—such as scholarships, Pell Grants, or federally subsidized loans—were exhausted. “We consider the program to be a successful option in large part because of the student response,” says Mary-Claire Cartwright, Vice-President of the Purdue Research Fund (PRF), which manages their ISA program. “Initially it was open only to rising juniors and seniors during the fall and spring academic terms, but because of student and parent interest, we have expanded eligibility to sophomores as well as students enrolled in summer sessions.”

The ISA program is just one piece of an overall commitment to affordability and accessibility. Since 2013 Purdue’s average annual borrowing per undergraduate has steadily declined.

Interviewees also had the opportunity to address recent criticisms of ISAs and offer advice to other organizations considering them.

A common critique of ISAs is that they are vulnerable to predatory lending practices. When asked about this, Zaro of V School reiterated that “ISAs are good if thoughtfully used, bad if not. But the same goes for traditional loans. The important thing is to have a business model that aligns those interests.” Zaro also noted that V School owns all its contracts, so lending terms are never determined by an outside provider.

When asked about the concern that ISAs tend to disadvantage underserved communities, Zaro commented that “We haven’t seen that at all. I’ve heard that concern, but for us, it’s actually been a tremendous tool for increasing access. Often those same underserved communities wouldn’t have been banked in the first place, they wouldn’t have had access to loans or other resources. So ISAs have been a great tool to help people who otherwise wouldn’t have had the chance to break through and launch great careers.”

Allred answered the question by pointing to the disservice done by lending to individuals more likely to default. “It would be incredibly healthy to say, ‘I don’t know if that’s the right decision for you.’ We don’t need to put unbearable financial burdens on people for no reason.” Allred also noted that discrimination in lending is illegal.

We asked Purdue’s Cartwright to comment on a criticism specific to the university that ISAs would tend to skew majors toward those with higher or more stable ROIs (e.g. computer science), and away from majors whose career paths tend to be more indirect (e.g. arts & humanities), or majors with consistent demand but lower salary range and thus lower ROI (e.g. nursing).

“At Purdue,” says Cartwright, “percentages and contract length are based upon each student’s major. The reason percentages and terms vary is to help ensure that majors which are traditionally higher-paying aren’t subsidizing majors which might be lower paying. In other words, we try to create a similar overall payment experience for all students, regardless of major.”

When asked about the more general concern that ISAs take attention away from the larger problem of long-term declines in state funding for higher education, both Zaro and Allred questioned why they had to be mutually exclusive, pointing out that while state funding can be of great assistance, there is no reason those funding choices need to affect their financing methods.

All three organizations believe the use of ISAs is likely to expand as awareness of their value increases. For those vocational schools and four-year institutions considering ISAs as a way to finance student education, they also had very similar advice.

All three organizations thought it likely that the use of ISAs was likely to expand, and had very similar advice for schools considering ISAs as a financing option; know exactly why to offer the ISA, what problem it is intended to solve in an organization, and what kinds of candidates are most likely to benefit from them.

The three organizations were also in favor of legislation that could provide a legal definition of the ISA, clearly outlining its proper use and distinguishing it from traditional loans.

Finally, we wanted to hear from the Utah ISA providers themselves about why Utah has been such a fertile ground for ISA experimentation.

Zaro responded that “ISAs are one of the many innovations Silicon Slopes is going to pioneer. [People in] Utah also believe in education. They want to be given a shot and give others a shot. ISAs are one small way we can make that possible. So I think ISAs are just something that strikes a chord here locally.”

Allred seconded Zaro’s view that Utah believes in the power of education but highlighted the state’s attitude toward investment. “Utah is actually one of the big movers in the education space generally. Utahns are also more adept at loans. Tuitions are cheaper, so experimentation is possible. I’m thrilled to be part of the Utah attempt to find a better alternative to the expensive student loan problem.

ISAs on the rise in Utah higher ed was originally published on TechBuzz.news 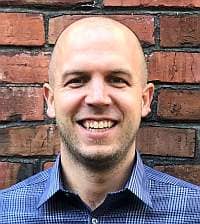 Kiel Shaub received his Ph.D. in English from UCLA, where he currently works as a lecturer. His research and journalism focus on intersections among education, technology, science, and the humanities. Kiel covers education news for TechBuzz.