I’m an introvert, and I’m so happy to be working from home

Stephanie Taylor, chief of staff for a financial services company, subscribed to online grocery shopping as soon as it was available. She shops online as much as possible, drives less than 4,000 miles per year, and keeps a lifestyle outside of the office that requires little to no physical interaction with people at all―save a couple of hot yoga classes each week.

Since the coronavirus epidemic hit, Taylor continues to go into her (now empty) office to maintain her groove. She doesn’t watch the news, so sometimes she forgets about our current environment. Other than switching to virtual yoga (which she may continue with) and having some delays to her backyard landscaping projects, she has experienced little disruption to her daily routine.

Introverts have been living in an extroverted world

I grew up shy and introverted, my mom is the same way, and my dad is the exact opposite. This probably explains why I have just enough ambiversion for the work I do.

After I founded the Utah Black Chamber, I began to regularly live out of my comfort zone. I became comfortable being uncomfortable―so to speak. My role at work and in the community obliged me to be out networking and making connections regularly and, as a result, I have been masquerading as an extrovert for over a decade. Sometimes I ask myself how I can keep doing what I do, because it certainly takes its toll.

David Alsop, head of human resources at Ultradent Products, Inc., experienced a similar challenge early in his professional life as a salesperson. He was encouraged by management to get out and socialize more by attending networking and other social events to meet more people. We engage in these roles because we enjoy serving people and love seeing them advance, both of us have personalities that desire to help and make an impact, but as natural introverts, we prefer to work behind the scenes whenever possible.

Many don’t believe that I’m an introvert. But they don’t see what it is like for me after leading a big event or a long day of interacting with people. On my way home from days like these, I give my fiancé a heads up and she understands that I’m going to need a while to recharge. In these cases, I might be on the couch for most of the day staring at whatever the TV is displaying for me.

And yet, I believe my introverted tendencies provide the foundation of my leadership abilities. As Alsop puts it: we are usually the calm within any storm.

Introverts are more productive when working from home

Alsop is the head of HR for a global company that manufactures dental products, previously working for a Fortune 100 company that specializes in mergers and acquisitions. During his career, he has been through many initiatives that disrupt people’s lives and create chaotic work environments. Alsop thrived in those environments and was often called upon by executives to play a central leadership role throughout them.

While facilitating mass organizational changes wouldn’t be anything most people want to sign up for, he shared that his stoic demeanor and how he interacts with people is often cited as the key to the organization’s success through such disruption. Many of those around him observe that his leadership style helps soothe the pain and calm the fears that people experience during events such as lay-offs or company reorganizations.

As an introvert, Alsop likes to prepare his thoughts to prevent leading by emotion. He prefers to observe and listen before speaking, so he can create a calming presence for those around him. And by working from home he’s been able to think better and be a better leader merely by being away from the office environment.

I get it. Introverts are more deliberate and premeditated. It is in silence that we are most effective, we can better concentrate and better prepare our thoughts.

Tom Compagno, VP of technology at ForgeDX, shares a similar sentiment. He constantly receives visits to his office from colleagues with questions, and though he’s more than willing to help them, and understands it’s a part of his role, it can be exhausting for him. Now that he’s working from home, not only is he still able to assist his fellow coworkers using a Slack channel, but he has become more productive. The office can be loud and distracting, but when he’s at home with plenty of peace and quiet, he can better focus.

I agree. Although I prefer collaboration and developing strategic partnerships to make a greater impact, I’ve never had a problem working alone. I’ve never been a fan of going to the gym―too many people with too many distractions―so I work out at home early in the morning. Since we’ve been instructed to stay home, I’ve picked up playing the piano again.

I have always spent a couple of hours in the morning, before anyone in my house is awake, working on personal projects before going into the office. Now that my commute has been eliminated, I have more time. And because I’m not around people all day, I have more energy. Which means I’m more productive both professionally and personally.

I’ve completed projects around the house I’ve been meaning to get around to. I’ve been able to start and complete several writing projects that were once pushed to the side, and with no events, no office environment or meetings to zap my energy, I have been able to operate at near full strength all day.

Introverts are finally living in an introverted world

Don’t get me wrong, introverts still enjoy human interaction. We just prefer to keep it to a minimum.

I used to worry about my son because he was never excited about socializing. Socializing, for him, is usually connecting with his friends by gaming online. On the rare occasions he did go out, he would have a good time and people enjoyed being around him, but it was never his preference. Initially, we thought he was depressed, then I came to realize that he’s just like me.

Though I miss all the events to attend throughout the year, meeting business partners for coffee, and seeing my work team at the office, I won’t be running out―as soon as we’re given the green light― to have normal interaction again. After being in my comfort zone for an extended period of time, I know I will need time to readjust to the previous pace. Just like getting back in physical shape, it will take some time for my mental and emotional state to be able to handle the overstimulated workload of my former life.

But I hope that through this experience, people will be more mindful of social distancing in the future. Introverts love their personal space more than anyone, even when we’re waiting in line. Though most of the time, introverts are forced to adapt to an extroverted world, right now, we have all the power. We were born for moments like this. Who knows, maybe one day, extroverts will need to adapt to a more introverted world. 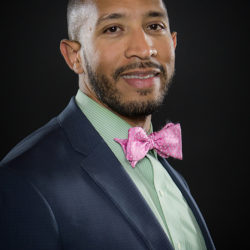 These brands are doing COVID right

Utah tech leaders discuss the innovation coming out of COVID-19

Here’s how residential developments will change after COVID