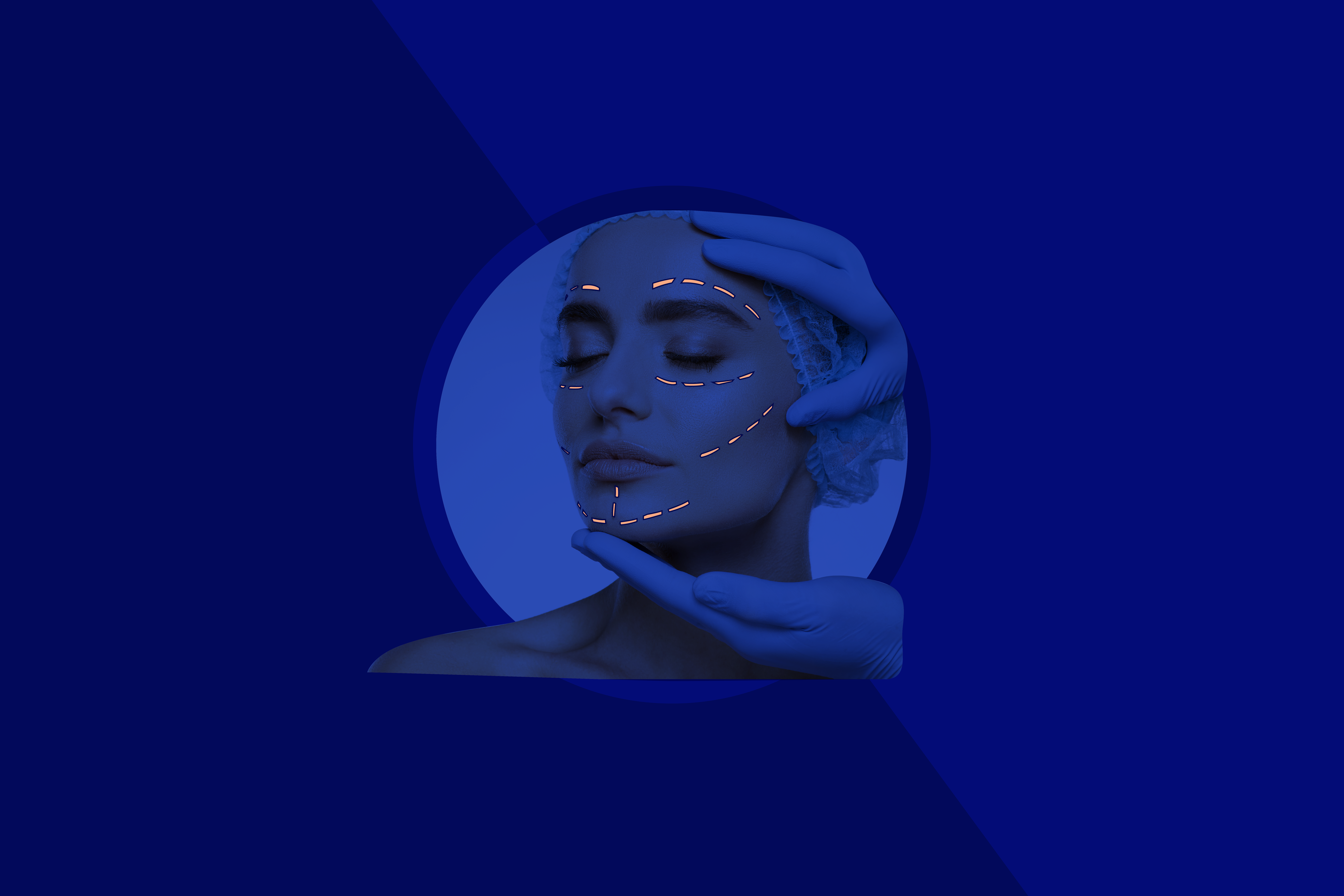 In pursuit of perfection: Inside Utah’s plastic surgery industry

When not in 12 hours of surgery, Dr. Jerry Chidester often dons surgical scrubs and grooves to popular TikTok dances on social media.

Known as “Dr. Chiddy” online, the Draper plastic surgeon not only dances but posts about the benefits of tummy tucks and holds regular Q&A sessions about breast augmentations, liposuction, and similar procedures, which may cost $12,000 to $30,000. In just four years, the young doctor has amassed 100,000 followers, who have created their own online communities in which they share support, photos, and stories of the emotional and physical process of surgery.

Social media plays a huge role in plastic surgery today—for better or worse. Utah, in particular, is ground zero for “mommy makeovers” and home to a multi-billion dollar Mommy Blogger industry, which doctors say has driven much of the growth for their practices. Demand for plastic surgery in general exploded following the Covid pandemic, driven by a surplus of disposable income and Zoom calls. At least three-quarters of plastic surgeons saw an increase in demand, with 30 percent of them saying their business doubled. As many as 79 percent of doctors say patients are willing to spend more money on plastic surgery.

“Utah is like this hidden gem for plastic surgery,” Chidester says, who is booked two years out for his procedures.

Years ago, reports emerged that Utah ranked second in the nation for the number of plastic surgeons per capita, prompting a national magazine to call Salt Lake City the “Vainest City in America.” Doctors still say the state does more breast implants than any other. Salt Lake City has the highest number of beauty treatment businesses per resident. In recent years, Google searches for “breast implants” were 57 percent higher than the national average, and in 2020, Salt Lake City residents’ online searches for “boob job” peaked.

Chalk it up to the state’s demographics and a culture that prizes outward appearances. In more homogeneous societies—and in the case of Utah, more white people or more people in one religion—tend to have more competition and comparison to others, says Dr. Susan Madsen, founder and director of the Utah Women & Leadership Project, which conducts research to celebrate, educate, and activate women and girls. At least 87.6 percent of Utah’s population identifies as white, and 57 percent are members of The Church of Jesus Christ of Latter-day Saints. In recent years, LDS women outnumbered men three to two. “For some, there is competition to look better, and it comes from centuries of women competing indirectly for mates,” Madsen says.

Another research study by Utah Valley University titled “The Paradox of Plastic Surgery among Latter-day Saint Women in Utah” explored cosmetic surgery among female members of the church—the vast majority of whom live in Utah—and found a common belief among them: that physical beauty was key to status as a woman of that faith, particularly since marriage and motherhood are often prioritized above educational or career achievement. Elective cosmetic surgery, study participants says, was an acceptable way to get and keep a standard of beauty.

Church members are encouraged to strive for perfection in all things, and this translates to many aspects of the culture including how they look, says York Yates, a Salt Lake City plastic surgeon. That desire is underscored by the sheer number of billboards dotting the I-15 corridor that advertise body modification—teeth whitening, liposuction, and breast augmentation.

What is the Utah “look” exactly? According to Utah influencers: polished, with expertly applied makeup, but not flashy. Wholesome but not dowdy. Fit and athletic. Curvy waistlines and augmented breasts. Long, wavy, and shiny hair, often worn in loose braids. Flawless skin and long eyelashes, which may involve extensions. While liposuction is the most requested surgery in the nation, the top procedure in Utah is breast augmentations, followed by tummy tucks and “mommy makeovers,” which often include liposuction, labiaplasty, and other “upgrades.”

Utah surgeons say their patients skew young, between 20 and 40. “These women are young, and they want to look like a version of themselves before they had kids,” Chidester says.

Utah leads the nation in several categories relating to marriage and maternity, according to a 2017 report by the Utah Women & Leadership Project. It has the highest percentage of the population being married and the earliest age for marriage, at 24 for women and 26 for men. Utah also has the highest fertility rate and the highest breastfeeding rates. The report suggested that many Utah mothers respond to cultural pressure to undergo the “mommy makeover,” advertised as a solution to young bodies “trashed” by motherhood. Utah also has some of the fastest-growing incomes in the country, leaving families with more discretionary income than ever before.

Madsen says the church attempts to preach something else. “I’m a Latter-day Saint, and we constantly teach ‘internal is what matters’ and ‘you’re a daughter of Heavenly Father,’ but for some reason, external looks are important,” she says.

Research shows that when a girl’s mother and people around them are looking, thinking, and talking about their physical imperfections and how they need to fix them, that perpetuates body image issues for generations, says Madsen, who is also a professor of leadership at Utah State University. Sometimes, it’s a matter of undergoing cosmetic procedures because every other woman is doing the same. Women tend to share tips, doctor referrals, and stories among close-knit neighborhoods and church wards. It’s not unusual for one doctor to operate on an entire group of friends, Yates says.

"What is the Utah “look” exactly? According to Utah influencers: polished, with expertly applied makeup, but not flashy. Wholesome but not dowdy. Fit and athletic. Curvy waistlines and augmented breasts."

That culture of sharing extends beyond the church community. Gina Marsala, 36—who is not a member of The Church of Jesus Christ of Latter-day Saints—began talking about her “saggy pregnancy skin” with two friends and discussed it with her hairdresser and her daughter’s Girl Scout troop leader. She was surprised to learn they all had work done and offered plenty of advice. “The more you talk about it, the more other women open up,” says Marsala, a professional tech executive and mother of a nine-year-old. “Surgery is more common than you’d think.”

After her first consultation, Marsala waited four months for her surgery date for breast augmentation, implants, and a tummy tuck. During that time, she began to follow Utah people on social media who had plastic surgery and track their results. “It became an obsession,” she says. “It’s hard to visualize what you’ll look like.”

Lluvia Montes De Oca, 41, found Dr. Chidester online after a woman she follows on Instagram had a procedure done by him. She was immediately won over by his account, which showcased a sense of humor, personality, and post-surgical results. “I knew this was the guy I wanted,” she says.

A mother of three, she had her first child at 19 and was still unhappy with the loose skin around her abdomen that she couldn’t lose no matter how much she exercised. “It made me feel like crap,” she says. “I wanted to get my body back.”

In September, Montes De Oca underwent a tummy tuck, a diastasis recti repair (which treats split tummy muscles), liposuction, umbilical hernia repair, breast reduction, and lift with fat grafting into her breasts. “I cry every time I look in the mirror, but this time they’re happy tears,” she says. Montes De Oca opened a private Instagram account to share her before-and-after experience.

The effect of social media on the $16 billion plastic surgery industry has been significant. Half of plastic surgeons regularly use social media for their professional practice, according to a survey by the American Society of Plastic Surgeons. A third of them say it boosted their exposure and led to more referrals.

It has also sparked concern within the industry and among body image advocates about the consequences of increased visibility of body reshaping. A decade ago, women in their late teens and early twenties rarely sought plastic surgery, but they are today because of social media influencers such as Kylie Jenner and Kim Kardashian. One 2019 American Academy of Facial Plastic & Reconstructive Surgery survey found that 72 percent of patients doing facial plastic surgery wanted to look better in selfies on Instagram, Snapchat, and Facebook. Already, research has shown that social media use has led to more body image concerns and eating disorders and has detrimental effects on mental health and well-being.

Psychologists have called for more research on the link between mental health and plastic surgery, including anxiety, depression, dysmorphic disorder, and even suicide, according to the Utah Women & Leadership Project. Several studies, for instance, have shown that women who have had breast augmentation have higher rates of suicide, but there’s been no direct causal link. “People tend to think these procedures will improve self-confidence,” Madsen says, “but the research tells us, more generally, that it really isn’t a fix.”

Surgery doesn’t necessarily always lead to better health for everyone. Last year, Delphine Gennisson, 32, underwent surgery to remove breast implants she had inserted a decade ago after a boyfriend criticized her body. In the last five years, Gennisson’s health took a dive. Her hair began falling out, her skin looked gray, and she struggled with brain fog, fatigue, depression, food sensitivities, and digestive problems. She believes she had what’s known as Breast Implant Illness. “I felt like I was trapped in the body of an 80-year-old,” she says.

Since having the implants removed, Gennisson’s health has bounced back, her face is bright, and she has more energy. Most importantly, she says, she finally loves her body. “It’s like freedom,” she says.

Women may also discount the emotional toll surgery takes on them in the weeks following a procedure. Marsala said it was hard to envision what her body would look like after the bruising, stitches, and swelling went away. “It was an emotional rollercoaster,” she says. “There was mourning because I knew it was a permanent decision that impacts the body that I live with every single day.”

Ultimately, Marsala has been happy with the results. Prior to surgery, she managed to control her multiple sclerosis, focusing on nutrition and strength training. A mommy makeover, she says, was simply another investment in her long-term health. She admits that a few people have judged her for her decision, but she feels empowered by the chance to change her body. “It was the best thing I ever did,” she says. “My outside image finally matches my inside image of myself.”