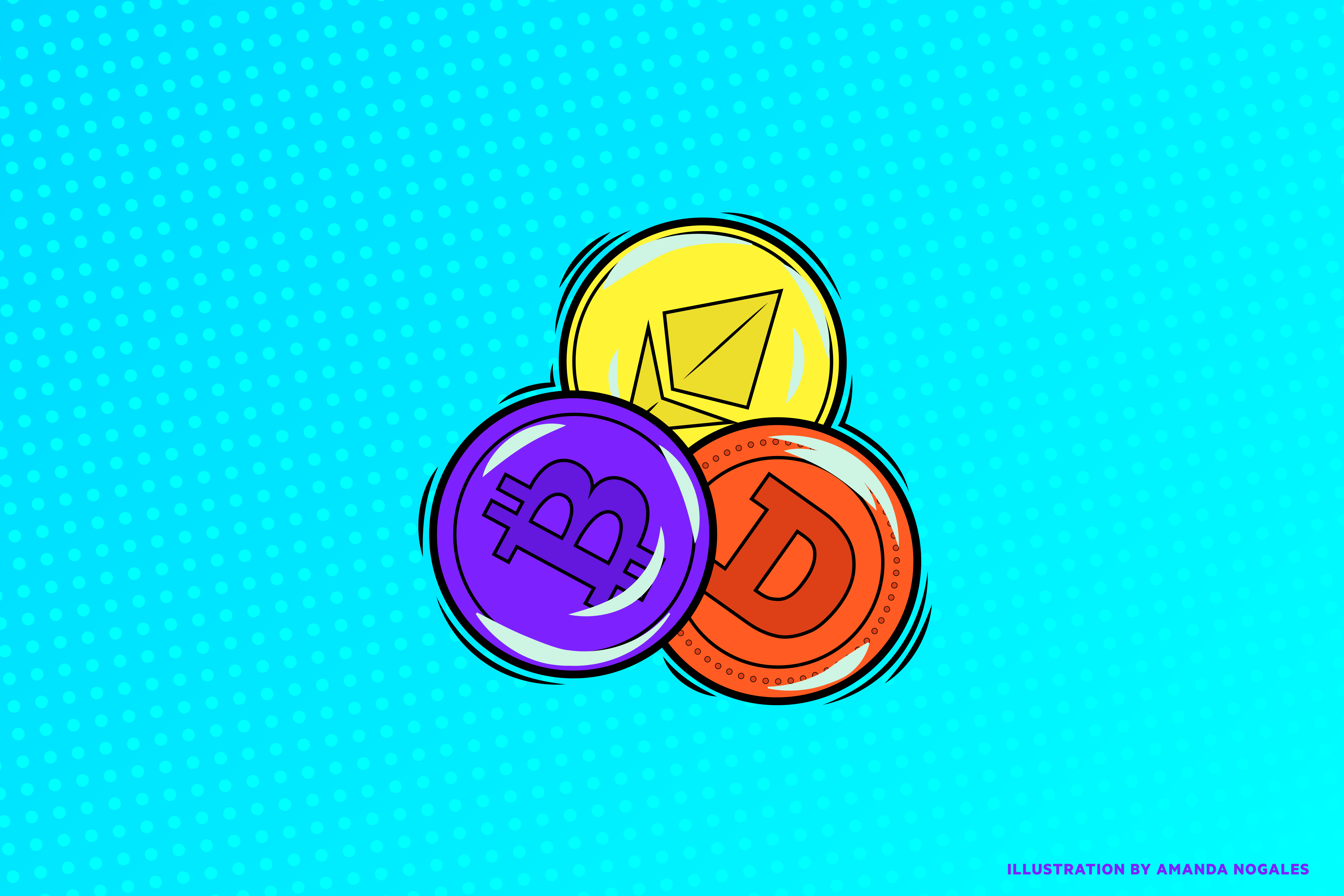 If this is a recession, it’s a strange one.

But the last two-plus years have shown us that strangeness is becoming normal. The US fell into a recession in April 2020 and, while very deep, it was the shortest on record at just two months. The next year, 2021, the nation’s real GDP —the value of all the goods and services we produce—grew 5.5 percent, the fastest pace for any year since 1984.

This year has been equally unusual. During the first half of this year, real GDP declined—a necessary condition for a recession. Yet job losses and rising unemployment are also required for a recession—and that’s not happening.

Nonetheless, there’s been plenty of hand-wringing about a potential recession and confusion about whether the economy is indeed in recession. There is no question the economy is in a fragile state, and if things do indeed go backward, we won’t experience a “normal” recession.

A recession results in a decline in demand. But this recession would be fueled instead by a lack of supply. Most economists expect any coming recession to be brief and shallow, with the only remotely similar recession dating back to the 1970s and 1980s.

“There used to be a belief that all recessions were the same,” says Prof. James Feigenbaum, a macroeconomist at Utah State University. Data from 10 recessions, he says, proved that belief was wrong. “With each recession, we’re kind of making things up as we go along.”

Past recessions tend to be job killers. But that likely won’t be the case for this one.  While real GDP declined, the economy continues to create an extraordinary number of jobs—a half a million jobs were created in July alone—and unemployment is falling, hitting a low of 3.5 percent.

Employers may be reluctant to layoff workers, because of the perennial labor shortages exacerbated by retiring Baby Boomers and less immigration, says Mark Knold, chief economist for the Utah Department of Workforce Services. “You’re going to chew through these empty job postings before you’re going to start to chew into real jobs,” Knold says. Employers know how hard it’s been to get workers, so they may be less inclined to lay off workers.

Utah in particular has a record-low unemployment rate of 2 percent and a fast-growing population to fill those jobs. The state has an “internal population” of young people who are more available to fill jobs, and the entire West has seen more people migrating  from other parts of the country. That puts Utah in a good position to weather a potential economic storm.

The rest of the economy also appears healthy, says Mark Zandi, chief economist for Moody’s Analytics. Household debt is low, and people have an excess of savings. Stock prices are down, but housing values are up, so people are wealthier than they were three to five years ago. Corporate debt is low, profit margins are wide, and businesses, flush with capital, are aggressively investing. Local and state governments are also in good financial shape due to the American Rescue Plan Act, which put money into the coffers of state governments. The only blemish is the federal government’s balance sheet.

Yet meanwhile, inflation is raging, reaching 8.5 percent in July, after hitting a 40-year high of 9.1 percent in June.  In August, the Mountain West region—Arizona, Colorado, Idaho, Montana, Nevada, New Mexico, Utah, and Wyoming—saw inflation of 9.6 percent year over year, which was the highest in the country, according to the US Bureau of Labor Statistics’ Consumer Price Index, or CPI.

Central banks have promised to bring it down. After more than 10 years of near-zero interest rates, it is not easy for central banks to calibrate interest rates in a way that gently brings down inflation. Central banks could tighten monetary policy too much, triggering a deeper downturn, says Richard Barkham, global chief economist for CBRE, a national commercial real estate and investment firm.

Supply chain problems also continue to linger due to a variety of reasons, starting with the pandemic, followed by continued Chinese Covid shutdowns, and more recently, the Russian invasion of Ukraine, which caused destabilization and oil, gas, agriculture, metals prices to go sky high.

The tech sector has already begun scaling back. A number of companies, including Microsoft, Hootsuite, Oracle, Snap and Shopify, and Robot have been announcing layoffs steadily over the last couple months. The semiconductor industry is also beginning to see lower demand.

The Conference Board, a business and research group with more than 1,000 public and private corporations, showed that CEO confidence deteriorated in the third quarter with 81 percent of the CEOs preparing for recession over the next 12-18 months. Yet demand for their products has risen or held steady, and 50 percent of them expected to expand their workforces over the next 12 months, 82 percent expected to grow or hold steady capital investments and 73 percent said they were still struggling to hire people.

Fears of a recession have been exacerbated by two massive shocks to the supply side of the economy. First, the pandemic disrupted global supply chains and the job market.  The other massive shock was the Russian invasion of Ukraine, which caused oil, gas, agriculture, metals prices to go sky high, which was very destabilizing.

“Boomy employment gains and falling GDP are incongruous and will not last long in tandem,” Zandi says. Job growth will slow sharply, GDP will regain its footing or there will be some combination of both.

The final call on whether there is a recession is made by the National Bureau of Economic Research, and so far, that call is no recession.

And while Utah’s outlook remains strong, many Utahns have worried about a recession. A May survey, for instance, by Deseret News/Hinckley Institute showed that 87 percent of Utahns had recession concerns. The state was hit harder by inflation than other states, according to a March report from a congressional study. It showed that Utah families were spending $511 more per month on average than they did compared to the same time last year. Home prices were up 30 percent and  rent was up 10-15 percent this year versus 2021.

The general  assumption has been that we will avoid a recession as the pandemic will continue to fade, supply chains will continue to iron themselves out, and that the worst of the fallout of the Russian invasion is behind us. But any dramatic blow can change that: if China shuts down again because of Covid outbreaks, a hurricane hits or a more virulent and disruptive pandemic returns to the US, if the Russian invasion goes down a dark path, prompting oil prices to spike or a category 5 hurricane wipes out a Texas refinery, or something in between. “If gas prices spike again, it’s over,” says Zandi. “The economy is very fragile here.”

A recession would obviously hurt. Low- and middle-income households will be hit harder and likely face layoffs. All told, there could be millions of job losses. But the good news is that this recession should be modest and short-lived, says Zandi. A typical downturn would be a 3 percent decline in Gross Domestic Product and 4 million job losses. “I think we get something less than that because the economy’s fundamentals are good,” Zandi says.

Just like the first round of supply chain issues, a recession would put upward pressure on prices. However, the spike in prices would not be as drastic as what we have already experienced, says Sinem Buber, lead economist and lead economic researcher for ZipRecruiter.

At the start of the pandemic, consumers spent most of their time at home, and they shifted their consumption toward commodities. A sudden and highly limited supply, combined with a sudden and high demand for commodities by consumers, who were supported financially by fiscal aid, created the perfect recipe for today’s high prices.

More recently, consumer demand shifted back to services from commodities—to almost how it was before the pandemic. Economic activity is starting to slow down as a result of higher interest rates and the end of federal aid supporting consumers. Additionally, fewer dollars are going toward commodities. That should leave us with some price hikes but not close to the growth rates we have seen so far, she says.

“The pandemic has been a big learning experience,” she says. “We are way smarter right now than two years ago when it comes to logistics, coordinating the flow of goods, and utilizing local resources more efficiently.”