How One Woman Excelled In The Utah Tech Scene

If you’re in the Utah tech scene you’ve probably heard of Cydni Tetro: founder and president at the Women Tech Council, board member for multiple businesses, and CEO of Forge DX. The list goes on and on. Her accomplishments and footprint in the industry are as impressive as her resume. And when talking with her, you get the feeling she’s not about to stop. She’s successfully broken the glass ceiling, multiple times, and is paving the way for the next generation of girls to take over.

“We have a high school program called SheTech, a STEM activation and engagement platform for girls. Over 12,000 girls have been through the program, including 2,000 this year alone. We are changing their trajectories and helping them understand how much opportunity there is for them in tech,” says Ms. Tetro. “90 percent of the girls that come through SheTech say they don’t know any women in STEM, so we are here to be their mentors and role models.”

Ms. Tetro goes on to explain her passion behind getting more girls into the tech scene at an early age. “No matter what you are interested in, I promise technology will always be a part of it. And the more you know about tech, the more opportunity you’ll have,” says Ms. Tetro.

After high school, she went on to study computer science at Brigham Young University. She knew she wanted a career in tech, so picking a major wasn’t a difficult decision. Her minor, however, was a stark contrast to her major: dance. She loved computers and math but she also loved dance and music. The decision to study both was an easy one to make.

After graduation, Ms. Tetro applied anywhere and everywhere. She sent hundreds of resumes to jobs located in cities spanning the country, excited to see what new path her journey would take her on. “I did about a hundred job interviews and turned my resume into any job that was looking for computer science graduates,” says Ms. Tetro. “However, during this time I became very aware of the doors that could open if I were to combine my technology degree with a business degree, so I applied to BYU’s MBA program.”

Within a few weeks, she had been accepted to the BYU Marriott School of Business and was also offered a great job by one of the hottest tech companies in Utah, Novell. Knowing Ms. Tetro, it didn’t take her long to decide to take on her new tech job while simultaneously attending graduate school to get her MBA.

“It was a really crazy schedule. I would go to school from 8AM-12PM, then study until about 4PM, then go into work at 5PM,” says Ms.Tetro. “It was crazy. But one of my chief philosophies in life, something that has been really important to me even from the beginning, was that whenever there’s a defined amount of time on something, you can get through it. No matter what it is. So, with that in mind, I knew the intensity would only last two years.”

After grad school, Ms. Tetro had a world of possibilities open to her. However, Novell at the time was part of the latest cutting-edge developments in tech competing among the top tech players. “We built one of the first billion-user directories. We were in a head-to-head competition with Microsoft. Every day there were really interesting challenges, and I got to be at the forefront of that entire technology competitive landscape,” says Ms. Tetro. “And that really for me became one of those defining moments that led to the rest of my career.”

Ms. Tetro eventually left Novell to work at NextPage, a computer software company. It was during this time when she entered the next phase of her life: learning to juggle a successful career while starting a family. “When I was pregnant with my very first child I actually worked with the executives to create the first flexible work arrangement where I would work from home on Fridays. This was a completely different era,  and this arrangement was very unusual for the time,” says Ms. Tetro. “We’re in an era now where companies have so many great benefits that help to balance families and grow female executives.”

It was at NextPage that Ms. Tetro realized the importance of surrounding yourself with people who are willing to think outside the box, offer flexibility in the workplace, and overall support to each other. From there, Ms. Tetro worked with other talented teams in amazing companies that were truly ahead of their time in the tech scene. She was often the only woman on her team and ideas such as maternity leave, flexible schedules, as well as having a woman on the executive team were still few and far between.

“I’m so thrilled to be where we are right now with four months paid maternity leave. When I had all my kids it was considered short-term disability, and you only had six weeks at 66 percent of your pay,” says Ms. Tetro. “Balancing a family, paying for all their expenses, having a child, and recovering living off of 66 percent got difficult at times.”

Ms. Tetro was a strong voice in the companies she worked for by paving the way of the modern work cultures that we have today. She worked for giants such as Disney as a lead in their research division, became the COO of FamilyLink, an ancestry tech company that was later acquired by Ancestry.com, and a 3D printing company, 3DPlusMe, that partners with names like Marvel, Star Wars, MLB, and Warner Brothers.

“I really understood the impact of being female while I was working with the 3D printing company. I was in charge of raising venture capital for the company. Venture capital is already hard to raise, but as a female, your chances of raising capital are less than three percent,” says Ms. Tetro. “I felt I had to do more pitches, be more creative in how to get funding than my male counterparts. There are actually a lot of studies that prove that by just changing the gender it dramatically changes funding possibilities.”

However, it didn’t matter to her that the odds were against her. She persevered, and she succeeded. In 2007 she founded The Women Tech Council. “The Women Tech Council’s focus is solely on economic impact. The economic value of women in technology. We build programs from high school to the boardroom to support women and create a network of opportunity,” says Ms. Tetro.

Although the tech scene is still a male-dominated industry, Ms. Tetro has made a name for herself that will stand the test of time. And as for her daughter’s generation, she foresees a lot more tech companies and boardrooms filled with women. “I think with the trajectory we’re on now all those young women interested in technology will have any opportunity they want to go after. They’ll have every opportunity to run a company, be an executive, raise money, and be on a great team,” says Ms. Tetro. “I don’t just see it happening that way, I expect it to. It will never happen unless we all take an active role in making sure it does happen, and that’s really what I think my job is.”

Grateful for her past and enthusiastic about the future, Ms. Tetro looks forward to the future of tech, especially here in Utah. “15 years ago, the challenge in the tech community was that we were good at growing fairly small companies. We weren’t breaking the threshold into the hundreds of millions or billion-dollar evaluations,” says Ms. Tetro. “What’s cool about where we’re at right now is we’ve entered the next stage where we have companies that are doing hundreds of millions of dollars in revenue. We have Silicon Valley venture capitals investing in many companies right here in Utah.” 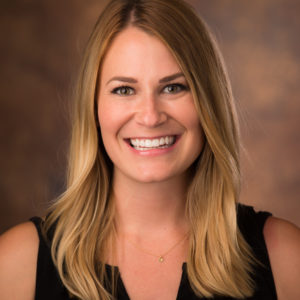 Kassi Cox Whale graduated from the University of Utah with a bachelor’s in journalism and a minor in Arabic. She has been published in the Deseret News, Utah Business Magazine, and has written for companies around the world including being published in China, United Kingdom, Egypt, and more. She enjoys traveling to the remote corners of the world and experiencing new cultures. She is currently working on her MBA at the University of Utah and will graduate in 2020. 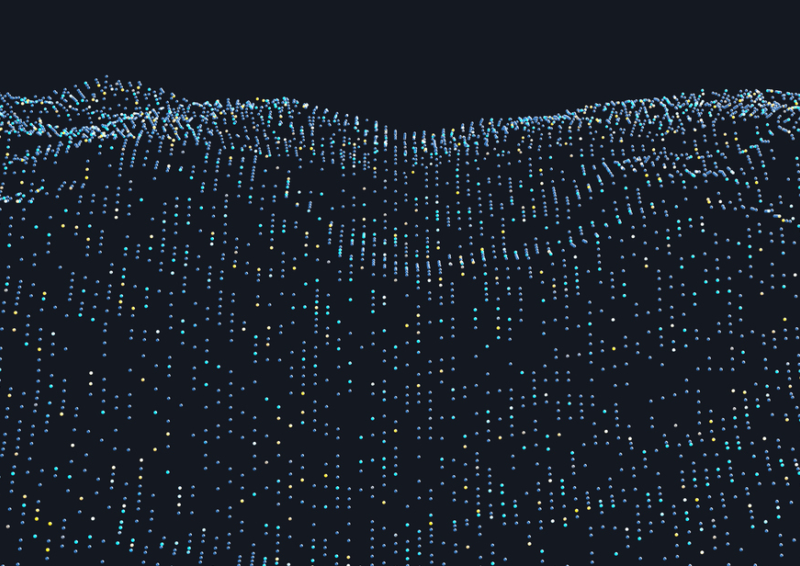 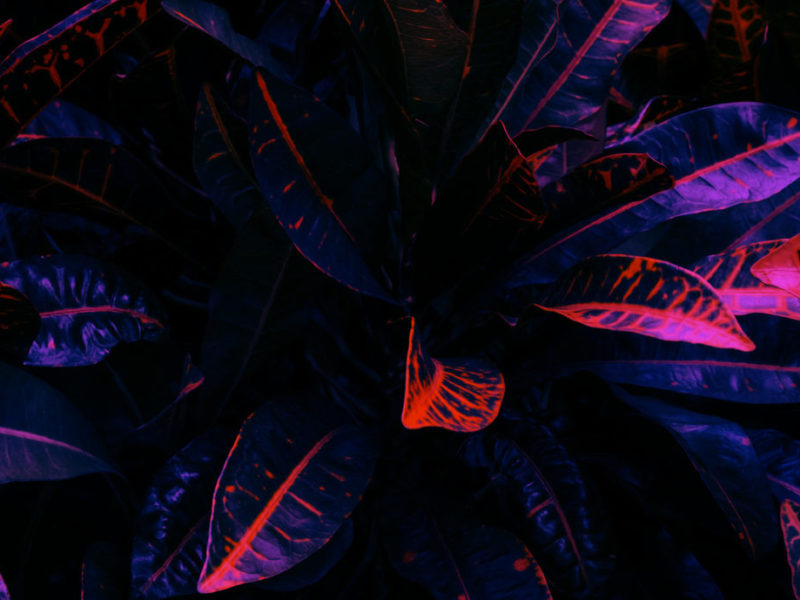 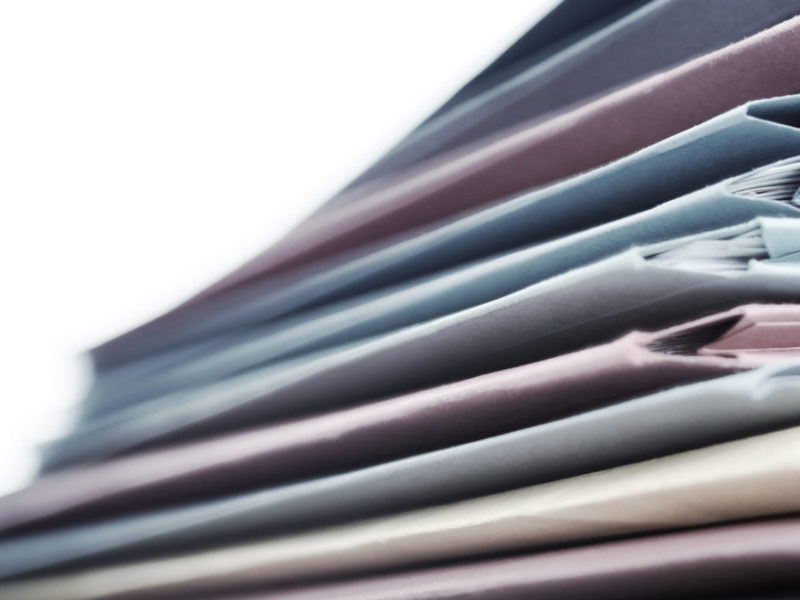 What Is Tech Policy And Why Is It Relevant?