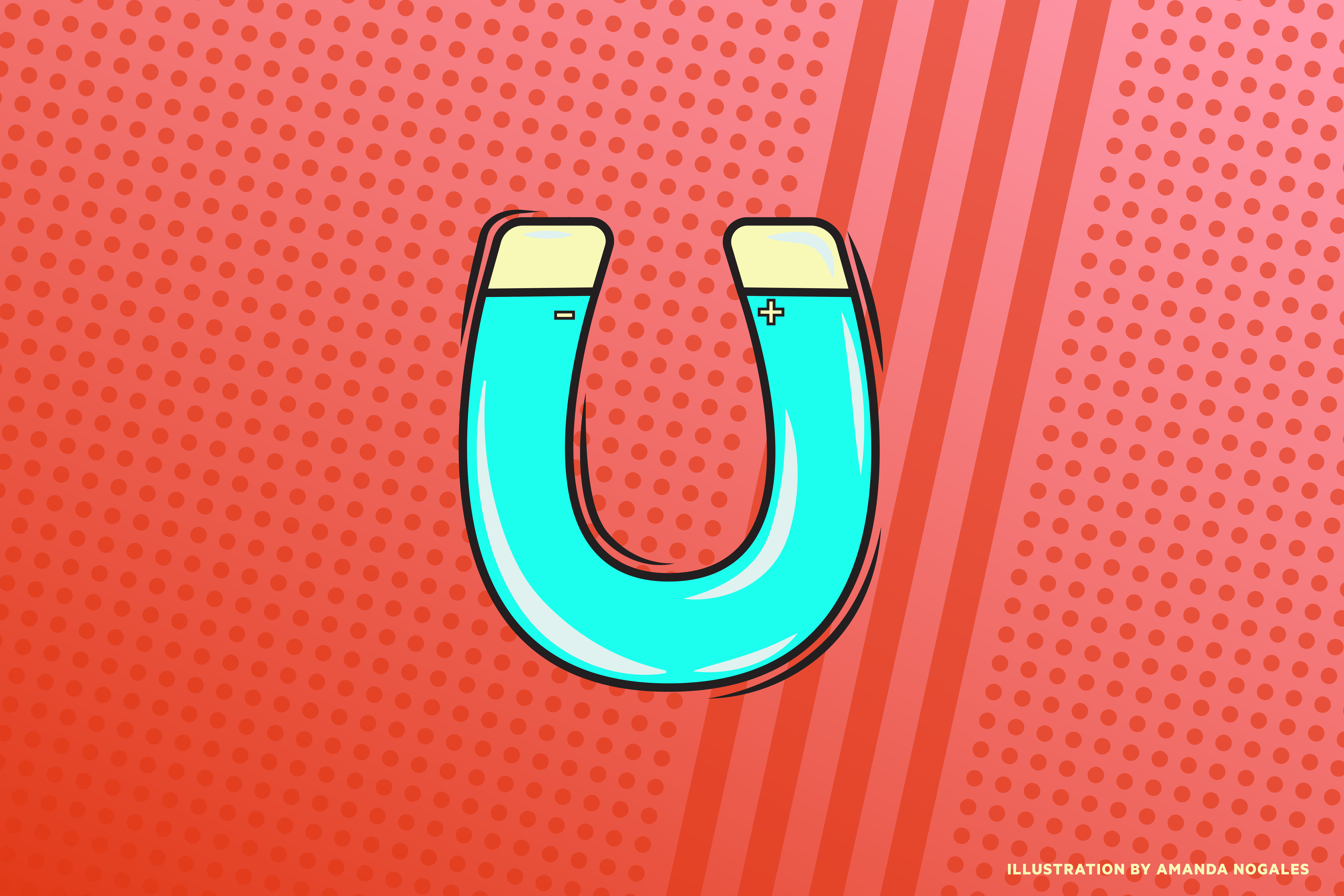 Ten years ago, my friend’s wife made $2 million selling girl’s headbands online. When I asked them how they did it, my friend said, “Dave, in the digital world, [selling] is just a data game.” His comment really resonated with me, as my background is in data science and data management, and I wondered if there was a way to make my friend’s e-commerce strategy even better. Of course, I didn’t have my own brand at the time, otherwise, I would’ve started out by selling my own products, but I knew I could apply a similar strategy by selling products for existing companies.

My co-founder, Melanie Alder and I had met in college and we took this idea and launched our company, iServe (Pattern) in the living room of her Lehi house in 2013. After an investment of $50,000 each (a lofty investment at the time!), we started out re-selling refrigerator magnets and other small products on Amazon. Mel ran the business largely by herself for the first two years because I was still working at my previous job. I would work on the company in the evenings, but she carried the load. She was the one that came up with the idea to focus on magnets and I served as the tech side of the whole operation.

People often ask me why we focused on magnets, and I tell them that there was no magic in the magnets, we just needed something we knew would sell. When you think of our solution, it’s a tech solution, so the product doesn’t matter other than that it needs to be of high quality if you want to be successful. If you start doing the mathematical equations behind the scenes, high-quality products do much better than low-quality ones. Outside of that, it didn’t matter if it was a shovel or a magnet, we just needed people to give us a chance.

Our goal at the time was to help move the needle for different brands by creating an e-commerce accelerator that helps brands optimize sales on different marketplaces, including Amazon. It was an idea that I thought would be pretty game-changing from a tech perspective. In the beginning, we would reach out to different companies via cold calls to see if we could help them reach consumers, but none of them wanted our help because we had no track record at the time.

For some of those initial cold calls, Mel was just trying to find companies that were willing to take a chance on us. Eventually, we gained some traction and started growing brands from $3 million to $26 million, and now those same brands are worth a whole lot more than that. We noticed that what we were doing on Amazon was working (and a bunch of other companies did too), and we started to grow even further from there.

We had started to make a little bit of a profit here and there, but that money would ultimately go back into the business. At one point about three years into the company, Mel asked me, “Are we ever going to get an actual paycheck?” She had been grinding away at 16-hour workdays for several years with no paycheck at all!

I remember when she finally got her first paycheck—we took a picture of it and we made a big deal out of it. About four days later an opportunity came up to reinvest and buy some products to get a new brand partnership. I remember calling her and saying, “I’m so sorry but do you mind if we take that money back?” She said, “Are you kidding me?” But she put the money back. It eventually paid off, but during some of those initial times, things were tough.

Around that same time,  I quit my other job to begin working full-time for our company. In 2016, I got the gumption to ask Mel out to dinner. Normally we would only do lunch together to discuss business, but this was more of a date. We wound up getting married two years later.

In 2018, the business was growing like crazy. We were able to move into a much larger facility and opened our new corporate headquarters in Silicon Slopes. We also began opening warehouses across North America. At this point, we thought it would be a good idea to rebrand the company because it gave us the opportunity to have a much better reputation within the market. I think iServe came across as “small-time” and cheesy.

We hired Josh Mendenhall as our chief creative officer to help us with the rebrand process. He had successfully rebranded Entrata from Property Solutions Group and he worked the same magic for us. I told him I wanted something really nerdy, and it came down to either Pattern or Continuum. I loved the name Continuum because it reminded me of Star Wars and had a technical meaning, but Josh told me to trust him and go with Pattern. The name is based on a mathematical and scientific approach to a business that uses repeatable processes—in other words, a pattern.

Our new name was a hit, but trying to get the domain name Pattern.com turned out to be difficult and very costly. The domain was owned by a consulting business, and they were hesitant to sell because they got at least two offers on the domain every week. I almost backed out at the last minute, but the team prevailed and said, “If we’re going to be real, we have to do this.”

Mel and Josh eventually stepped in to negotiate with the owners, who were both in their 70s. After a tough negotiation, they struck a deal, and we still keep in touch.

Today, Pattern stands out from its competition in two ways. First, no other business compares to what we’re doing on the data science side of things. We have an AI ad-tech solution that I believe no one in our competitive set comes close to. They’re only at the beginning of even trying, honestly. We probably have 200 people now working for us on the tech side, which is a huge plus for us since everything we do is largely digital and formulaic.

Second, we doubled down on international expansion because brands early on were telling us that they appreciated what we were doing in the United States, but they wanted us to apply a similar approach in Australia, Europe, China, and elsewhere. About four years ago, we acquired an international e-commerce consultancy called Practicology. We integrated our tech and data science models with what they were already good at, and from there we’ve started to expand globally.

We go back and forth on which side of the company is bigger, United States or international, in terms of our number of employees. We have 18 international locations across China, Australia, Canada, Europe, Latin American, and the Middle East. This includes offices and warehouses. We are convinced that without having people on the ground in those geographies that you can’t make a brand truly successful internationally. We now have more than 1,000 employees worldwide.

Pattern’s marketplaces include Amazon, Walmart.com, eBay, Target+, Google Shopping, and Kroger. We work with approximately 100 brands, including Panasonic, Black Diamond, Sorel, Yogi, PopSockets, Spectra, Thymes, and Amerock. We get hit up by a new brand every seven minutes. Our partner retention rate remains at 98 percent.

We experienced an unexpected boom in business throughout the Covid pandemic. People were changing their shopping patterns and turning more and more to e-commerce. Our business received a big bump because of it, and we continue to grow. Last year, we closed a $225 million funding round led by Knox Lane, bringing our total pre-money valuation to $2 billion. This made Pattern Utah’s first female co-founded tech unicorn. We expect to see $1 billion in revenue in the next year.

In February, we acquired Amplifi.io, a leading digital asset management, and product information management platform. This acquisition will enable us to help brands get their products into more international e-commerce marketplaces faster and even more efficiently.

Over the years we’ve won a number of industry awards, including last year the National Online Retail Association (NORA) named Pattern the Best Digital Agency. Pattern has achieved a lot in the decade or so since we first started selling refrigerator magnets from Mel’s living room, and I am so incredibly proud of how far we’ve come. I like to say that instead of just selling magnets today, we use them to display all of our accomplishments. 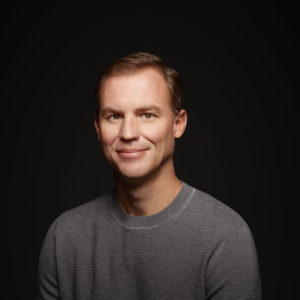 David Wright is the CEO and co-founder of Pattern.