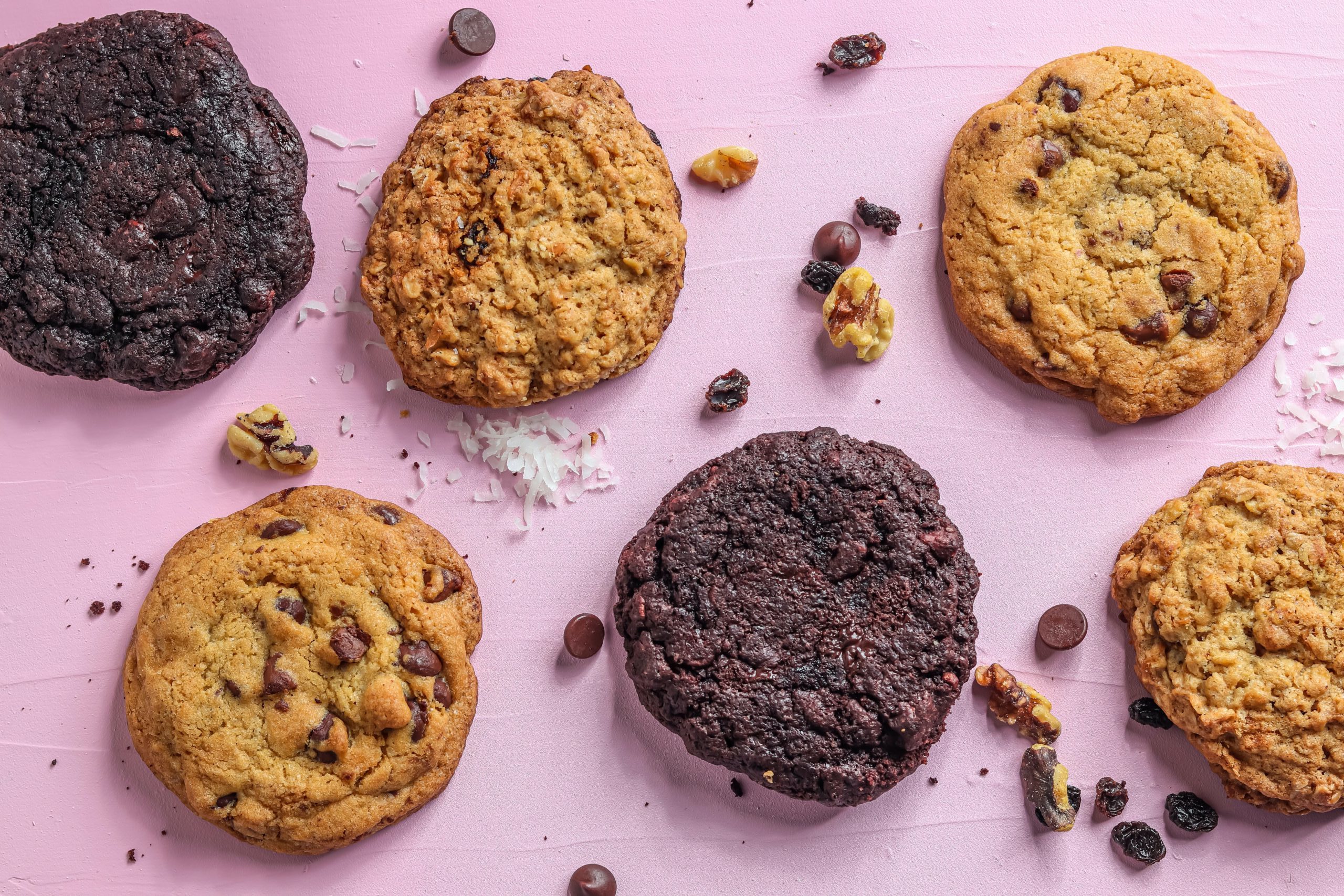 Crumbl really blew up on TikTok this year

Founded in 2017 by Utah State alumni Sawyer Hemsley and his cousin Jason McGowan in Logan, Utah, Crumbl entered a crowded landscape of gourmet cookies, with companies like Chip and Ruby Snap having already been established in the state.

Then came TikTok. After a post about their Strawberry Toaster Tart showcase went viral in February of 2021, the follower counts skyrocketed, now sitting comfortably at double the amount of their Instagram followers.

“When that video got 2 million views, we knew our TikTok presence had a lot of potential and that we needed to start being proactive with it,” Tibbitts says.

TikTok, formerly Music.ly, is a video-sharing social media platform that thrives on trends and challenges, just like its predecessor, Vine. Just a month after Crumbl started garnering attention on the app, the #crumblreview tag took off.

However, the hashtag didn’t come from the minds of Crumbl corporate.

“[The] trend began organically,” Tibbitts says. “Our team was and has remained ecstatic about the content and organic traction we’ve received.”

They owe the trend’s continued popularity to TikTokers like Nicole Axelrod, who made her first #crumblreview video in May. Her videos, like many of the other creators’ who use the tag, showcase the four or five new cookies of the week. She sits in her car, taking a bite of each cookie and giving it a review from 1-10.

“When I first started using TikTok, I wasn’t posting anything serious,” Axelrod says. “It was just content for my friends, following along with whatever was trending at the time.”

It was after watching someone else’s TikTok review that Axelrod decided to make her own.

“I saw it and knew I had to try those cookies,” she laughed. “I know that Crumbl’s successful at marketing on TikTok because that’s how I knew they existed in the first place.”

She was living in Georgia at the time, where a brand new Crumbl location had just opened. Despite moving to South Carolina for school a few months later, Axelrod continues to make the trek to the Crumbl in Atlanta, buying upwards of four cookies a week.

In turn, they became her most viewed videos––her most recent review received over 500,000 views and nearly 70,000 likes, one of the highest on the hashtag.

“It’s become what people expect from me,” Axelrod says. “My other content is lucky to get around 600 likes. People just really want to see what I, specifically, think of those week’s cookies.”

It’s about more than just likes and views, though. Axelrod says her opinions often decide whether her viewers visit Crumbl that week.

“I see a lot of comments on my page from people who exclusively wait for my video before heading to their Crumbl,” she says. “They base what they buy that week on what I like. It’s really weird that I have that much influence over people’s decisions, but I do.”

Crumbl four-packs cost around $12, and Axelrod shells out extra gas money every Monday to get from her college campus back to her home store. Despite a lot of disbelief and a little bit of doubt from her peers, Axelrod says her weekly reviews have become part of her weekly routine––and she’s having fun.

“If I really enjoyed taking dance lessons, I don’t think people would be shocked to see that I show up every week,” she says. “I’ve always been a sweets person, and I love trying all these new flavors, so for me, the cost is worth what I get out of it. It’s just something fun that I love to do, even if I didn’t have this community around me. It’s about my love of the cookies, honestly.”

That cost has been supplemented by the TikTok Creator Fund, a new development by the app that pays out to TikTok users over a certain number of followers and views.

“I’ve been lucky enough to start making the cost of the cookies and a little more from the Creator Fund, but I haven’t gotten a dime from Crumbl,” says Axelrod. “I don’t know any creators who have. I did get a free cookie from our local store once, though, if that counts.”

Tibbitts says that Crumbl has let the organic marketing pilot itself online, and they don’t have any plans to interfere. Instead, they feature TikToks using the hashtag on TVs in their shops around the country.

“We have never sponsored or compensated creators,” she says. “[However], we wanted to capitalize on the momentum and show our customers the fun and excitement that goes into our weekly flavor drops across the nation. We also wanted to reward our loyal TikTok creators by showcasing their reviews in our stores where all customers could see them.”

While Crumbl has developed a sense of brand loyalty with Axelrod and the thousands of other TikTokers using #crumblreview each week, those same TikTokers are playing a long-term game: using Crumbl in their personal brands.

“In the beginning, people were watching my stuff for the Crumbl content, and I was just ancillary,” Axelrod says. “Now, there’s been a shift where the views and comments are more in support of me personally. “I have this new community that’s nice and supportive of me as a creator. I have fans now, which is totally crazy.”

It’s these new cookie communities on the social networking platform that are keeping the hashtags alive, and, by proxy, boosting Crumbl’s weekly revenues.

“I’m grateful to Crumbl, even if they didn’t have any direct role in my journey,” Axelrod says. “They’ve been able to capture this super niche market nationwide, and I’m just excited to be part of it.”